Station Eleven: Much Nothing about Ado 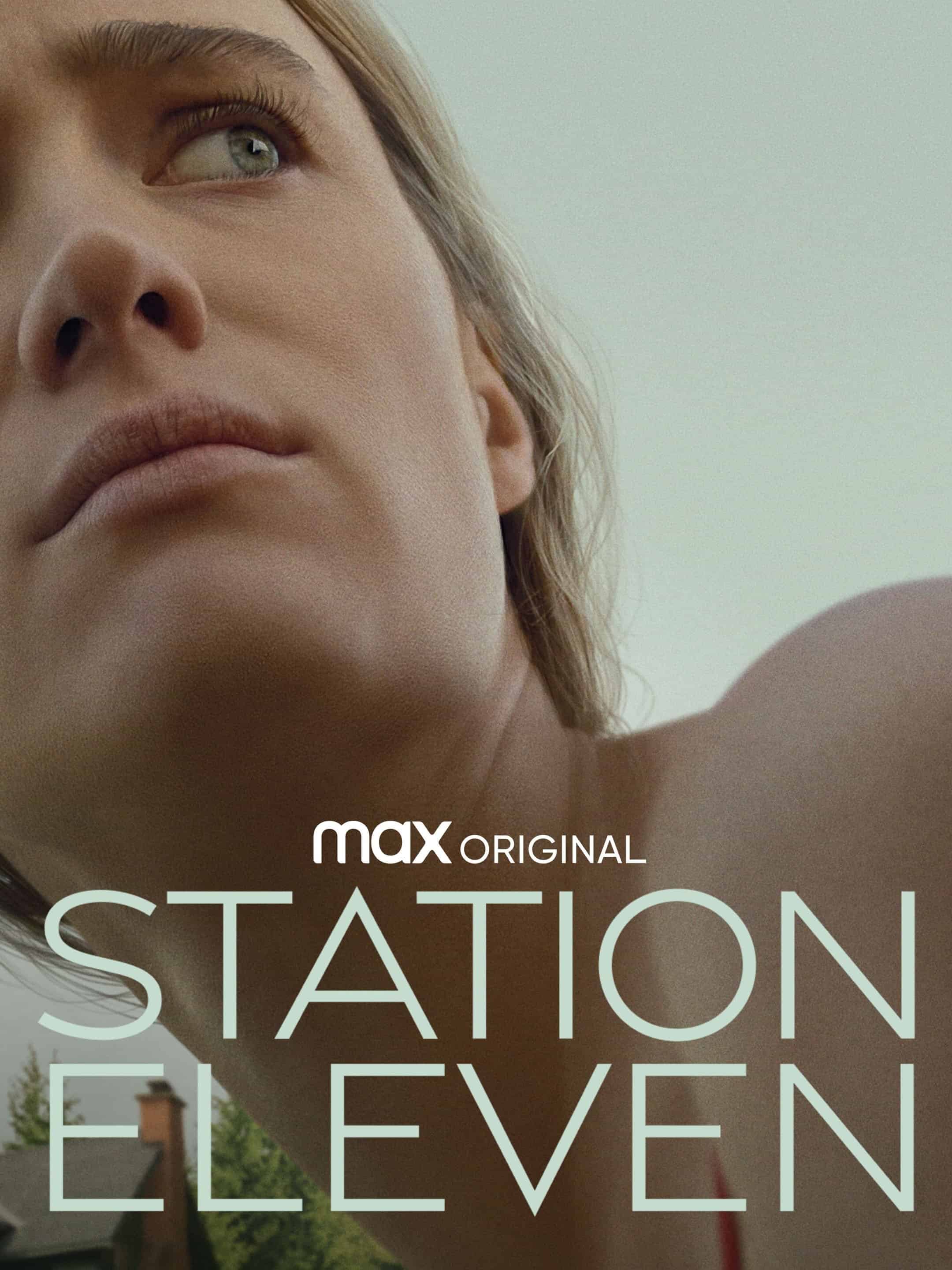 Society attempts to rebuild after a global pandemic decimates the population.

Spoiler Level: Not Much Here To Spoil

Under-achiever, Jeevan Chaudhary (Himesh Patel) is watching a play with his girlfriend, when one of the characters suffers a heart attack. Jeevan is the only one in the audience to recognize what is happening and rushes on stage. At first, everyone thinks he is crazy, and tries to stop him, but eventually they realize, Arthur (Gael Garcia Bernal) is in trouble. Thing is, Jeevan isn’t trained in CPR. Finally a doctor from the audience rushes in to help. In the aftermath of this, Jeevan realizes that a young actress who was in the play is alone, and no one seems to care. Circumstances conspire and Jeevan ends up stuck with Kirsten (Matilda Lawler) as he tries to get her to her family. But while on subway, Jeevan is called by his sister, who is a nurse, and informed that a new flu has just broken out in the city and to get to their brother Frank’s (Nabhaan Rizwan) and barricade themselves in. With no way to reach Kristen’s family, he takes her with him. 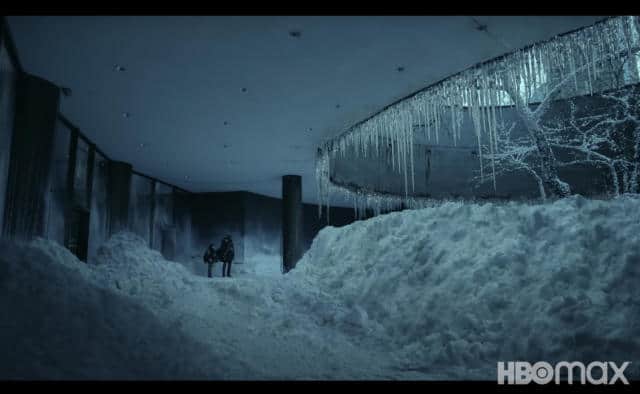 That is the entire plot of the first episode. We don’t really see the riots; we don’t see a lot of people dying. We see crowds at hospitals, and we hear the news on television talking about it. But the episode was really all about introducing the two main characters. Jeevan and Kirstin. Jeevan is basically a loser, when asked what he does for a living, he tries to come up with something, but finally just concedes that he doesn’t have a job, but he also seems to be the only person that cares. He is the only one that rushes on stage to help Arthur and he is the only one that seems to care about Kirstin and getting her home safely. He seems to have some social anxiety issues that causes him to have panic attacks. Kirstin wants to be an actress, but no one seems to pay her much attention. As the episode transpires, a kind of symbiotic rapport forms between them. The two of them make a great team. 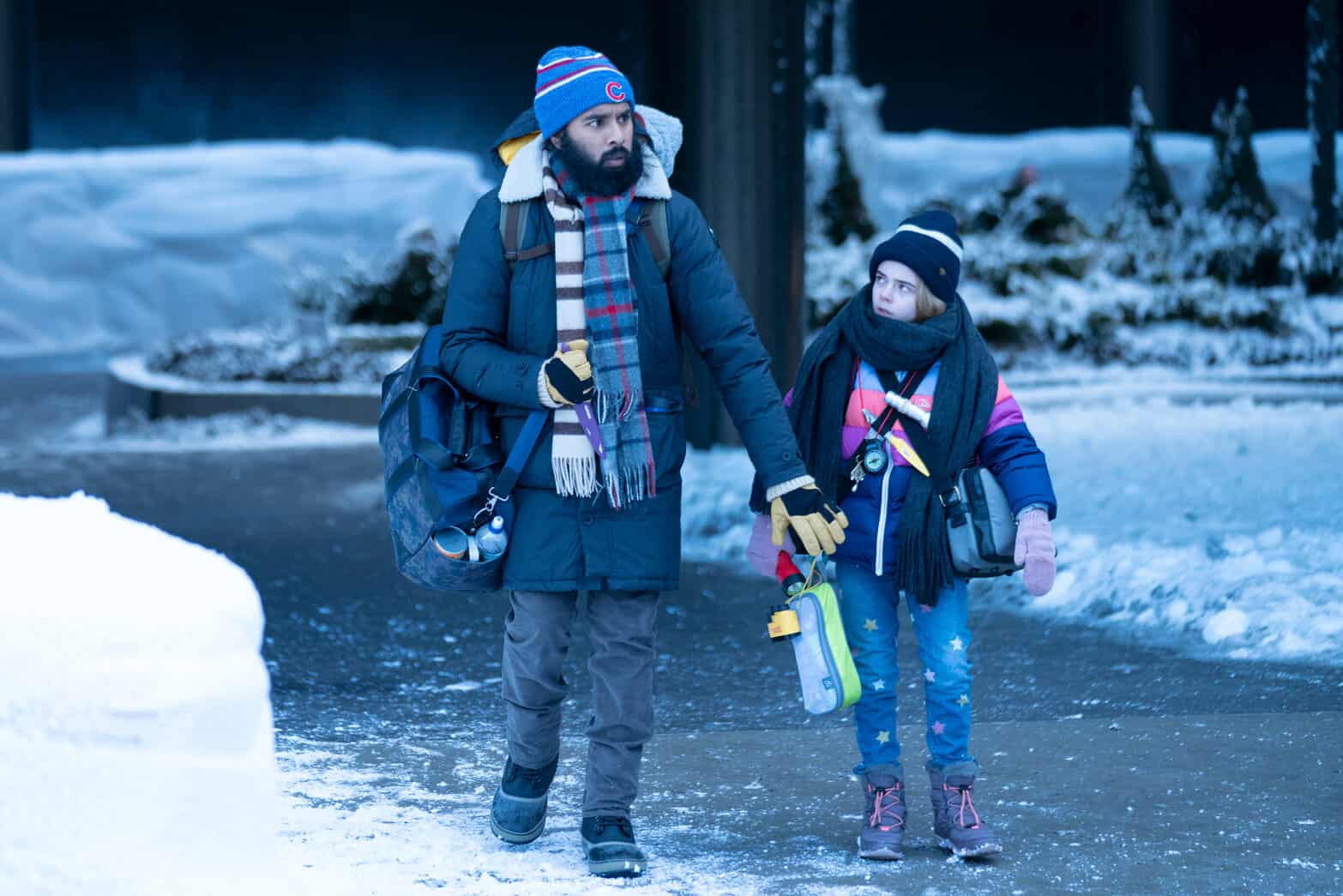 Himesh brings a realness to the character with a dry wit and sarcastic humor. There are lots of wonderful nonverbal moments where he as to convey emotion and conflict and he does this well. Matilda also plays Kirsten with an understated realness. These aren’t your normal post-apocalyptic heroes. This isn’t Mad Max or Tank Girl, it is a more down to earth science fiction story, at least from what I could tell in the first episode. The cast is exceptional, and everyone seems well placed. The production value is good, but there really isn’t a lot of special effects needed, yet. The storyline is intriguing. There is some connection between, Arthur and a comic book he was given called “Station Eleven”, and what is happening, but what that is, wasn’t explained in the first episode. 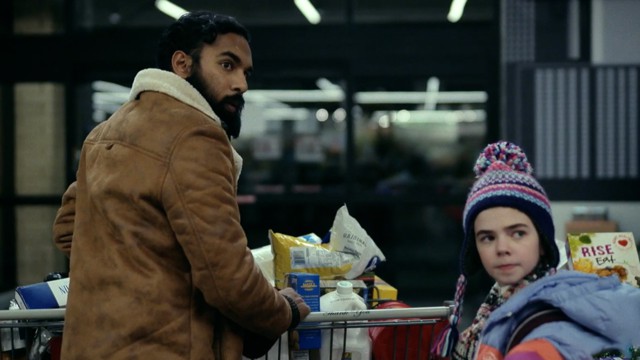 The series is adapted from a novel of the same name by Emily St. John Mandel. Fans of the book may have more insight into the series than I, but having not read the book, I had two issues with the show, which will probably prevent me from watching it any further. The first is more personal. I just don’t want to watch another story about the aftermath of a flu like virus decimating the world. We are living through this now and would rather watch something where I can escape our current reality. The timeliness of the story may be a draw for some, but for me, it is a turn off. And second, it was kinda boring. It moved very slowly and didn’t really hook me. It has a great cast and is well performed, but until the end, there was very little if anything to hook me into continuing. It probably picks up in the episodes to come.

Very well performed but slow moving story.  It's timely subject of a pandemic that decimates society could be a draw, but it could also be a drawback.

Station Eleven – Much Nothing about Ado