Things look bad for our heroes! Brainiac-5 lies near death, Gamenmae is ascendant, and Lex Luthor is poised to win the day through the Obsidian satellite network!

This job might be even more than a Girl of Steel can handle...

...good thing she brought her friends!

I must say, I was somewhat trepidatious heading into the season six premier of Supergirl, “Rebirth.” Season five had an overabundance of plot, and none of it seemed to be adding up very effectively. There was the Leviathan subplot, the Lex Luthor subplot, the Obsidian subplot… and that’s just for the villainous side of things. Any one of these narratives could have, on its own, been the main story for an entire season if properly fleshed out. But for whatever reason, Supergirl‘s showrunners decided to triple down on big bads, none of which dovetailed together particularly well but rather felt like half-formed ideas that were haphazardly stitched together in the misguided hope of creating a more epic feel than there actually was.

The real narrative arc of season five, though, was the breakdown and renewal of Kara and Lena’s friendship. Lena, after a lifetime of betrayal, was lead down the path to the dark side when she at last learned Kara’s secret identity, and that path took her pretty darn close to full-on supervillain for awhile. Resentment toward your former BFF after finding out you’re basically the only person left on the planet that doesn’t know her secret identity is funny that way.

All of which leads us to “Rebirth,” which although a seemingly random episode title at first, becomes quite appropriate by the end of the episode. Kara and Lena’s friendship is renewed and reborn (shippers, start your engines), leading to an alliance that ultimately brings about the heroes’ triumph.

The how and the why of it is mildly irrelevant, because it honestly makes very little sense, which is probably why episode scribes Robert Rovner and Jessica Queller gloss over the details so much. But at this point in the Arrowverse’s history, a little fudging around the margins in service of a greater emotional goal is to be expected. This isn’t The Wire; this is a show where Lex Luthor absorbs a god’s powers and zaps superheroes in the Fortress of Solitude. It’s okay if some things aren’t explained in perfect detail; in fact, it’s probably for the best. 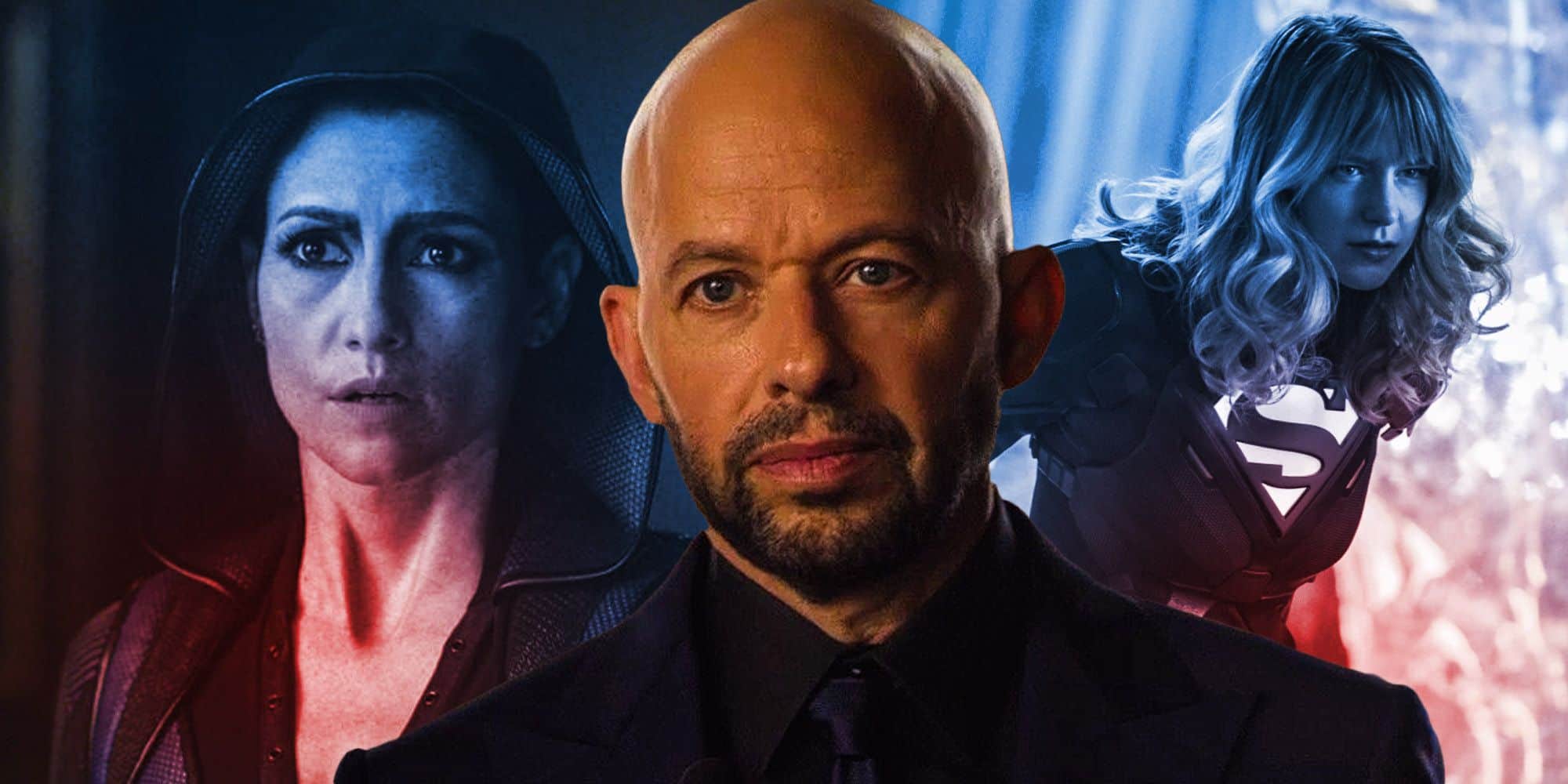 And while Melissa Benoist and Katie McGrath do their usual best as Kara and Lena, respectively, the episode’s true champs are Jon Cryer – who continues to embody the sheer over-the-top arrogance of Lex Luthor with hammy perfection – and Chyler Leigh, who continues to prove episode after episode that she’s the reigning acting champ for the entire series as Alex Danvers. Even tucked inside her hooded super suit with its fancy wrist-gadget (not to mention some very, very out of character heavy and stylized blue eyeshadow), Leigh continues to bring very real emotion to her role, commanding the scene anytime she’s onscreen. Out of the various Supergirl ensemble, Leigh is the one who shows the most promise in someday transitioning to a big screen heavyweight. She has the chops, and brings her A-game every week – even when her particular scenes don’t necessarily have to have that level of commitment. She’s simply that good.

And, despite all of its myriad plot points “Rebirth” is trying to wrangle, after about the midway point, it becomes incredibly focused, which is something of a minor miracle considering how much story it was trying to corral. Kudos to the writers for bringing it all together – I honestly didn’t think it could be done. (And oh, that cliffhanger!)

“Rebirth” isn’t all kittens and rainbows, though. As with anything, there are some kinks that could have been ironed out. The first act feels particularly leaden with exposition, thanks to all of the narrative arcs it has to quickly work through. (Remember, this episode should have been part of season five, so it picks up in medias res.) As a result, some of those subplots can’t help but feel like they’ve been given short shrift – the Leviathan one, in particular, feels like it’s cut off at the knees as its abrupt conclusion acts as mere set-up for the true finale to come.

Likewise, the surplus of supporting characters threatens to buckle Supergirl under the weight of juggling so many people and their stories. Inevitably, someone’s going to get short shrift, and in this case, it was Miss Martian (Sharon Leal) and Kelly Olsen (Azie Tesfai). Granted, these are both two minor supporting characters (although Tesfai does get an opening titles credit and is a series regular), but it’s unfortunate that due to the overabundance of characters and necessary limitations of the timeframe and format meant neither of them could get more of a chance to shine. I’m particularly interested to find out more about J’onn’s statement to M’gann regarding the changed nature of their relationship will mean for both of them. Hopefully, there’s follow-up on that as the season continues.

Once "Rebirth" gets its footing and brings its myriad subplots together, the episode gels and becomes a pretty exciting experience. However, too many characters crammed into too little episode means that some of them wind up getting short shrift - and even overshadowing the show's main character. But COVID screwed up a lot of things; we should all just be happy that Supergirl is back, standing up for what's right and making all other superhero shows look half-hearted by comparison.