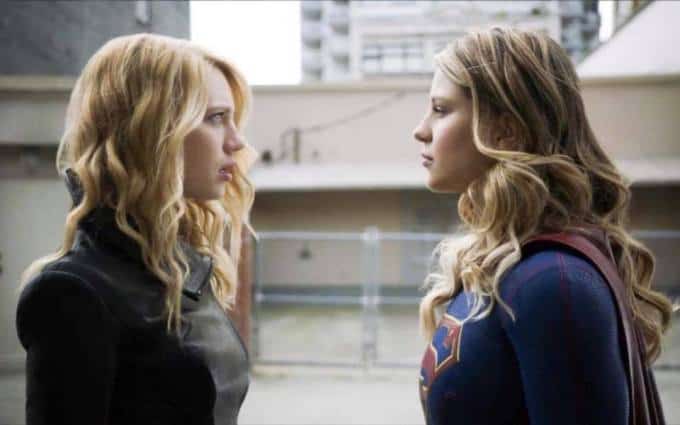 Still brooding over the loss of her former boyfriend Mon-El, Kara aka Supergirl has a hard time reconnecting with her work responsibilities and with the people in her life. Unfortunately for her, this leaves her open to attack by a new villain with the ability to enhance your greatest fear.

At the end of last season, Supergirl was forced to pollute the Earth’s atmosphere with particles that are deadly to Daxamite biology in order to save the world from alien invasion. Because her boyfriend Mon-El is also a Daxamite, this meant that he would have to leave Earth, and Supergirl, forever in order to survive. Never having a true boyfriend before, this leaves Kara crushed and questioning her purpose in life.

In addition to this, Kara’s sister Alex is preparing for hers and her girlfriend’s wedding, bringing both excitement and annoyance to their co-workers at the DEO as they force staff to take sides on their wedding plans, on such things as band vs. DJ. Lena Luthor (the one good Luthor) has also acquired ownership of CatCo to the tune of $750 million, leaving James Olson unsure of his new role at the company. A mysterious woman also appears named Samantha Arias, who may or may not be a newly discovered meta-human.

Now owner of CatCo, Lena Luthor makes herself at home with her newly acquired staff. Feeling excluded in this shift of power, James Olsen questions why he is left out of important meetings or informed when Lena would be coming in for the day. Lena apologizes and promises to be more inclusive, but again later conveniently forgets to tell James about a meeting, leaving James again upset.

Kara is happy to see Lena interacting with employees at the office, but when Lena asks her to complete some small work tasks, Kara brushes her off and leaves, telling her that she has something important to do instead. Lena smiles and says nothing, but when Kara repeats her earlier work faux pas, Lena takes off her friend hat and puts on her boss hat, reprimanding  Kara for not following through on her job duties. Kara apologizes, admitting that she is still upset over the loss of Mon-El. Lena sympathizes, telling her to take as much time as she needs to sort herself out.

The DEO gets notice of an unknown meta-human robbing banks across National City. Going in blind, Supergirl discovers that this new blonde villain has mental powers that make her victims paralyzed with fear. Stunning the bank guards, she makes off with millions of dollars. When Supergirl attempts to stop her, she uses her powers to make Kara relive her escape from Krypton and her planet’s destruction. The experience leaves Kara shaken and barely able to move. 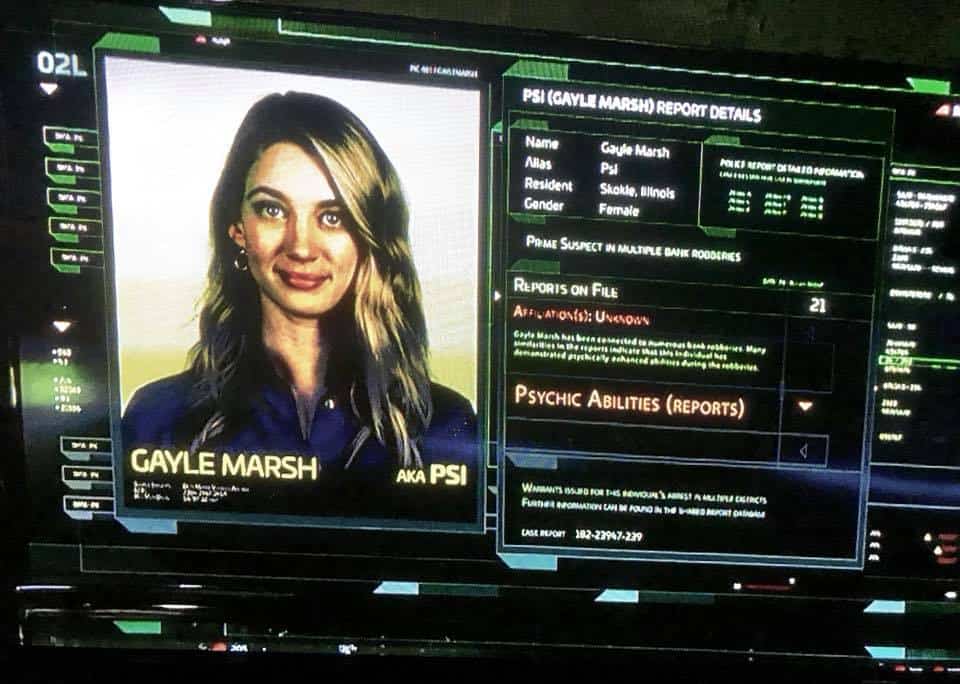 Winn later discovers that the new adversary is named Gayle Marsh, a mental meta-human that also goes by the name Psi. When she appears again, Supergirl charges in to battle her thinking that she now has a leg up on what to expect. Unfortunately Psi is able to mentally attack Kara again, leaving her helpless. When J’onn tries to use his own telepathy to aid Kara, Psi senses his presence and mentally attacks him, showing that her telepathy may be greater than his. Escaping again, Supergirl feels even more crippled in being able to stop the city’s newest threat.

Winn works on creating a mental dampener to help Kara take down Psi, but when Kara begins to have her own self made panic attacks after reliving the destruction of Krypton, the DEO team begin to worry about her state of mind. Alex talks to Kara, asking for her to open up to her as a sister. Kara finally has a mental break through when she realizes that part of the reason why she is reliving her home planet’s destruction is that she partly feels that she also destroyed her relationship with Mon-El. This realization strengthens Kara, who is then able to finally defeat Psi and bring her into the custody of the DEO. 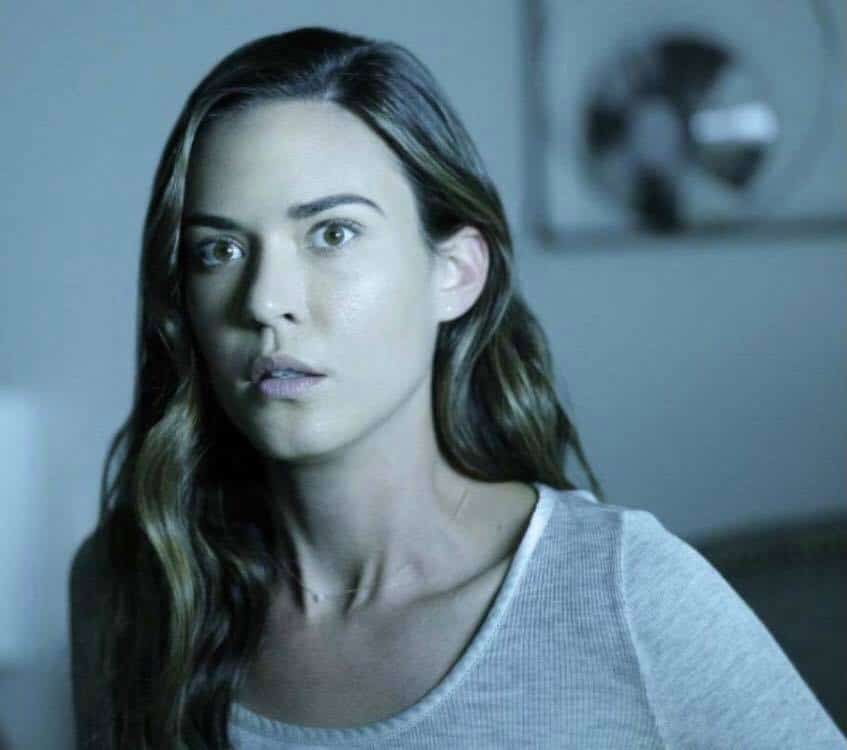 Samantha Arias, a single mother who previously helped to lift heavy scaffolding off of her daughter during a city attack, is shown again. She is now revealed to be the new assistant director for L-Corp. Her first day on the job doesn’t go smoothly as she finds out that her young daughter has gotten into a fight at school, making Sam have to leave work to deal with her. Sam’s daughter insists that her mother is a meta-human, which caused the school fight, but Sam is doubtful that she is. When she finds a moment to herself to test if her daughter’s hypothesis is true, Sam tries to bend a thick piece of metal, but nothing happens.

In the final scene, J’onn goes to the meta-human bar for a drink. While there he finds M’gann who asks him to return with her to Mars.

What Does this Mean for the Future?

Coming to terms with Supergirl’s loss of Mon-El seems to be a running theme throughout the first part of season three. I expect we will be seeing more of this for several more episodes to come. The inclusion of Lena at CatCo and the mysterious new Sam Arias at L-Corp will also bring about some new angles to the series, though, to be honest mostly for the side characters. J’onn’s mission with M’gann to Mars looks to be very interesting as well.

Final thought: Mon-El was a great character, and I’m sincerely hoping to see him show up again, but two episodes in and I’m already over mopey, poor me, Kara. Supergirl is supposed to be full of hope and display a strong sense of self. All of that is washed away with the character we now have before us, who is regressed to the stereotypical plot of a girl pining over a guy. I get the sadness, but am looking forward to seeing the character I loved from seasons 1 and 2 resurge again. Hopefully having friends and family to lean on will be able to ease Kara through this, but as her sister Alex is just as tunnel vision focused on her own relationship, perhaps this is just a Danvers trait we’ll have to put up with a bit longer. Only time will tell.

Two other things bugged me about this episode. The first one was the way the villain Psi spoke. She was given generic bad guy lines like, “fear annihilates spirits” and “you think you’re the cat and I’m the bird”. Really? Way too Shakespearean for my tastes. Real people don’t speak that way. It may look great on a comic book panel or in a novel, but translated into live action, it downplays the villain’s mystique and relegates them to clique status. I doubt we’ll be seeing Psi again anytime soon, but this tends to be a bit of a problem when you see this repeated with other characters over and over again. Supergirl is far from the only show that does this, but smarter TV writing is something always hoped for no matter the show.

The other bothersome thing that popped up in this episode is something I like to call “stupid kid syndrome”. That’s when you have a kid appear to be so dumb that you can have someone practically yell at them to not do something or something bad will happen, but they mindlessly do it anyway. This usually happens in horror films, and I can usually overlook this plot when a 3 or 5 year old falls into this scenario, but when a 14 year old does it? Not so much. In this case, Sam’s daughter Ruby was so determined to believe that her mother was a meta-human that she purposefully walked into a superhero battlefield with cops and guns blazing, all the while saying, “save me mommy”. It’s been a while since I’ve sighed and eye rolled so much. And when we are finally given a reason as to why she would do such a moronic thing, it’s because she wanted her mother’s attention. Really? *sigh*

I will give the episode props in other areas though. Yet again we have a television series where concepts like gay marriage are almost always never questioned, and the strength of a person’s character (like Lena) is seen instead of where they come from. And when Alex talks to her fiance about having kids, the topic is approached openly and honestly. I give the Supergirl team major kudos for showing a world which can be aspired to. Also, the sequence that showed Kara reliving her escape from Krypton via her space vehicle, simply epic. It made me think of a high end video game and gave a whole new perspective on what Kara had to experience as a character. Bravo.