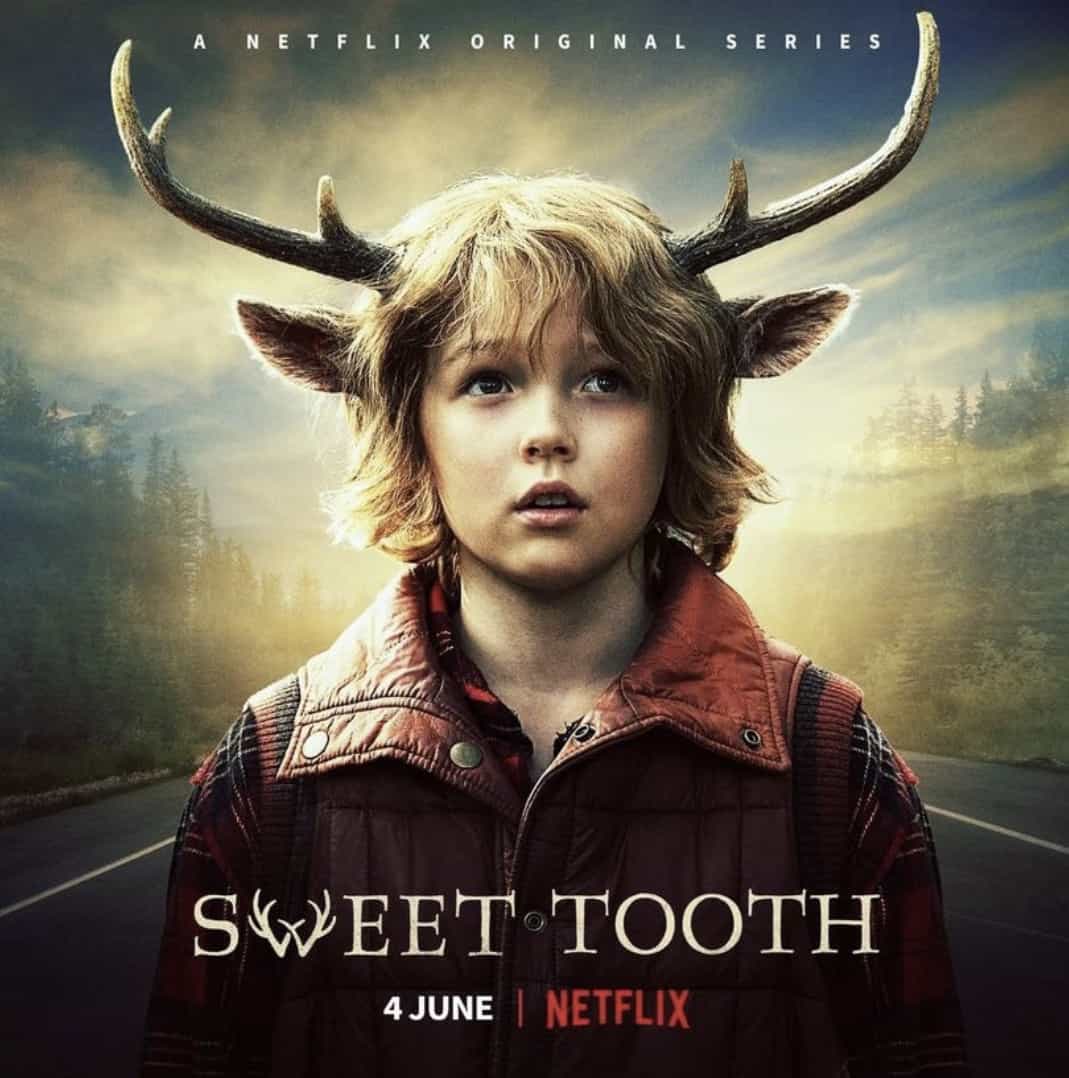 Episode Title: Out of the Deep Woods

Creators/Showrunners: Jim Mickle based on Sweet Tooth by Jeff Lemire

Human animal hybrids try to survive in a post apocalyptical future where a plague has plunged the world into chaos.

Based on the DC Vertigo comic book by Jeff Lemire, Sweet Tooth is a post apocalyptic parable about a young human deer hybrid who goes on a journey after his father passes away.  A virus known as “The Sick” ravages the world and plunges it into chaos, at the same time the plague started, human animal hybrids began being born, no one knows which came first or if one caused the other, but many blame the hybrids and so they are ostracized, hunted and often killed.  Gus (Christian Convery) has been hidden by his father for protection in a remote cabin deep in the woods.  For the first ten years of his life the only person he knew was his father who he called Pubba (Will Forte).   When strangers happen upon the cabin, his father defends them, but in so doing catches “The Sick”, the deadly plague that plunged the world into darkness. Gus knew his father kept secrets and discovers that his mother may be alive somewhere in Colorado.  When he attempts to leave the safety of the cabin, he is attacked, but saved by Jepperd (Nonso Anozie).    Given the nick name “Sweet Tooth” by Jepperd because Gus loves candy, the two set out on what is sure to be an epic journey across the wasteland that is now America. 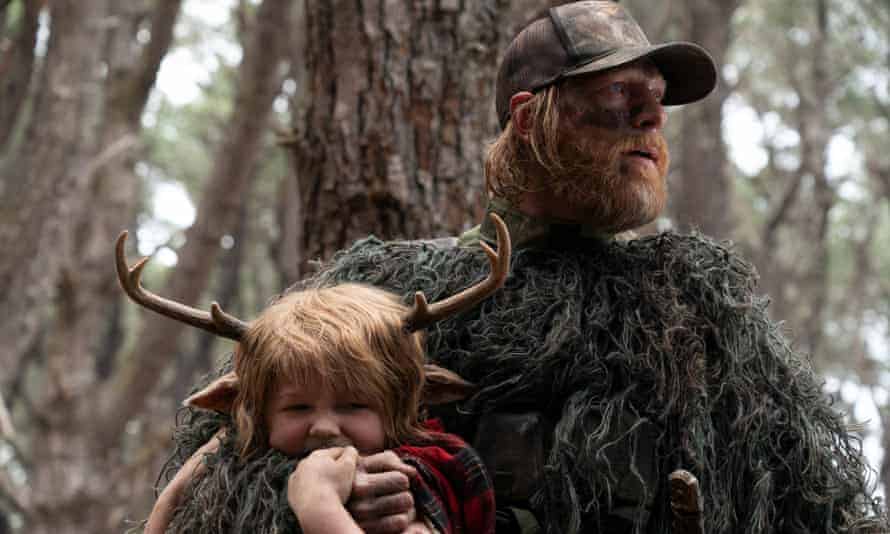 I was excited for this show when I first saw the trailer for it.  I did not read the comic series, but the premise looked interesting.  The only problem is, I am not fond of post-apocalyptic stories, and with the state our country and for that matter the world is in right now, some of the story was a bit too real for me.  See, I need to have hope of a better world and in many stories like this, hope is lost.  In watching the first episode, I felt this loss of hope within the father and even more so in Jepperd and I cannot be as enthusiastic about the series as I was when I saw the trailer.   I could be wrong, the narrator of the series talks of how special Gus is, perhaps he is the answer to a better world and his optimism does add a glimmer of hope. 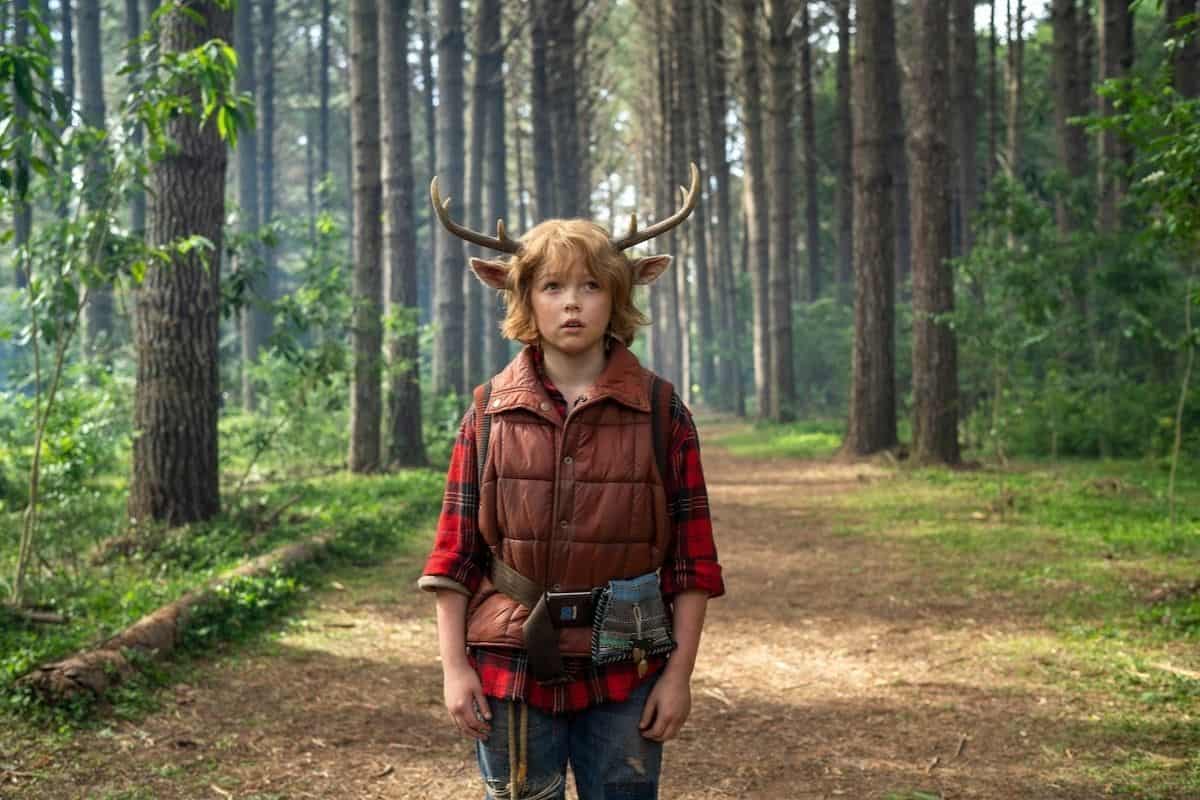 But is the show done well?  It is.  The production value is high, it has a strong cast, and the acting is well done, the story flows smoothly and the script is professionally written.   There was a lot of exposition that needed to be conveyed in the first episode.  In some shows this can sometimes be clunky, causing pilots to feel forced and the dialogue unrealistic, this is not a problem here.  The writers did an excellent job of giving you the information you need, but leaving enough to keep you watching, and since Netflix releases the entire first season all at once you don’t have to wait to see what happens next.  The effects of Gus’s antlers and ears are adorable and seem realistic. 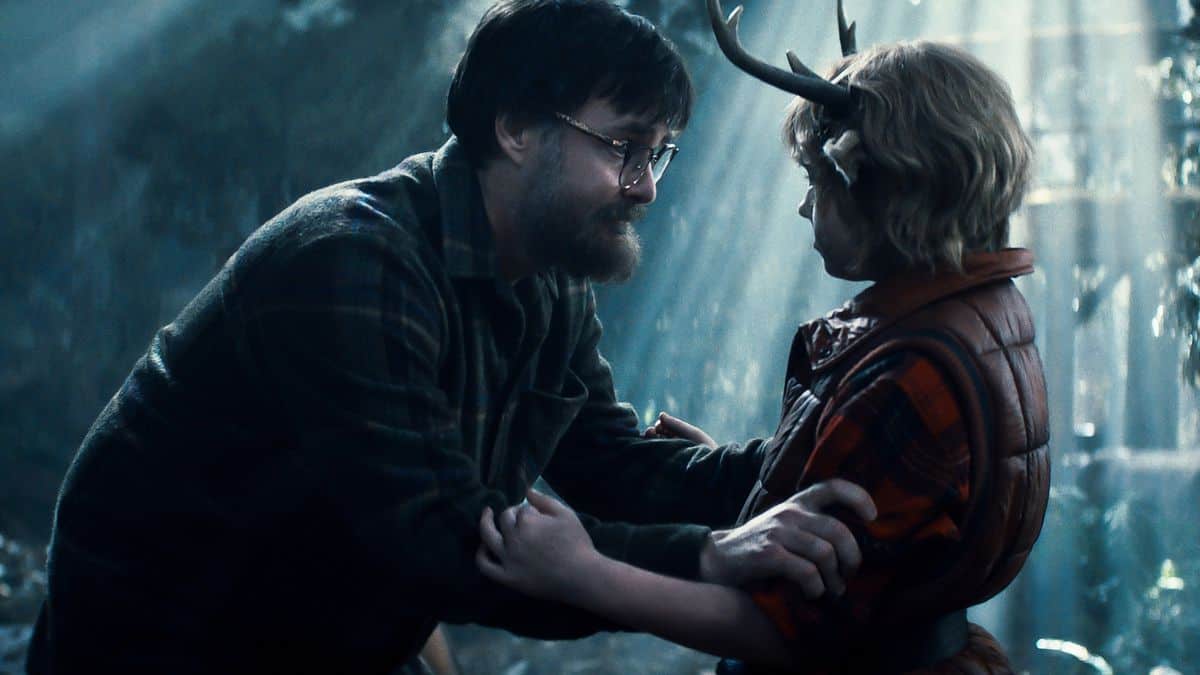 Overall the show is well done and should be given a chance.  If you like “dystopian future” shows then I am sure you will enjoy this series.  I will give it a few more episodes to see if we can find hope in the world.

Since I had not read the source material, I did some research on the original comic series and see that there have already been some changes made to the story.  It will be interesting to see if any of the differences get woven into the story in future episodes and how some of the characters that we haven’t met yet are portrayed in what is to come.