The Book Of Boba Fett 105: The Mandalorian Comes To The Rescue In More Ways Than One 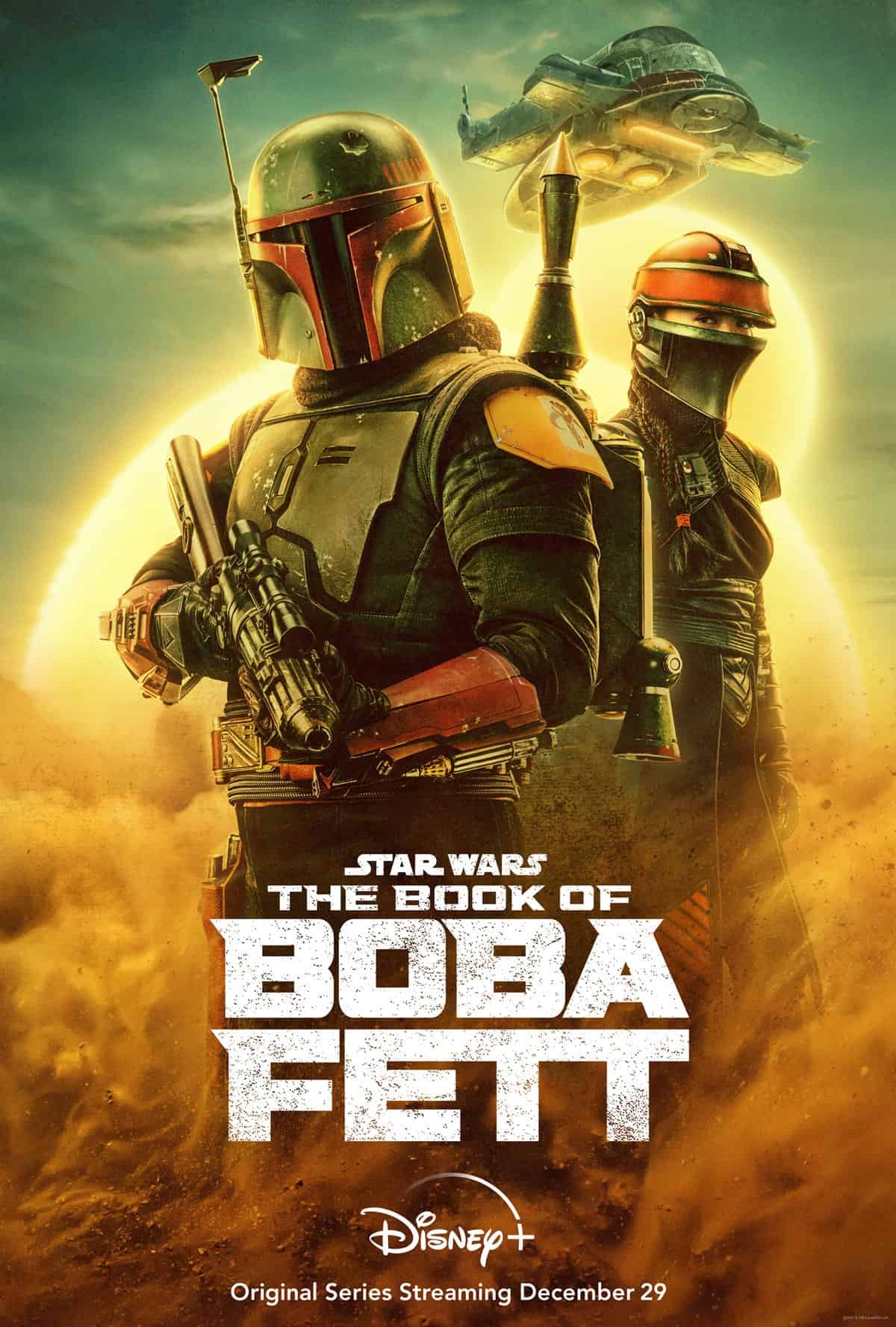 I’ll be honest – episode 5 of The Book of Boba Fett is probably the best episode of the series so far, and that is making me worried.

So far, the series has been focused on the two main journeys of Boba Fett: his journey with the Tuskens after escaping the Sarlacc pit, and his journey in taking over Jabba The Hutt’s territory as daimyo. Episodes 1-4 have been that of a roller coaster; not entirely consistent with the quality of the story or production, but overall has been good enough to keep the audience interested, especially in episode 4 where it teased the return of the Mandalorian.

Episode 5, Return Of The Mandalorian, is a delightful change of pace where we find out what the Mandalorian, Din Djarin (Pedro Pascal) has been up to since the season 2 finale. Still serving as a bounty hunter, he’s back in action with his famous tactics and lines (“I can bring you in warm, or I can bring you in cold”) that make you instantly wish we had another season of The Mandalorian to watch. Not only do we see him take on a full team of muscle on his own, but we also get to see him wield the Darksaber as well. After collecting his bounty and returning to where the Armorer (Emily Swallow) and Paz Vizsla (Tait Fletcher) resides, he learns more about the kinds of beskar that exist and the history of the Great Purge and Bo-Katan’s splintering off of “The Way”. Afterwards, he is challenged by Paz Vizsla for the Darksaber and after Din Djarin wins the duel, the Armorer asks if he has ever taken off his helmet in front of anyone, which he admits to. This leads to Armorer reminding him that he is no longer a Mandalorian and that because the living waters beneath the mines of Mandalore are supposedly gone, there is no chance for redemption. After this, Djarin heads to Tatooine to visit Peli Motto (Amy Seders) to get a replacement for the Razor Crest, where Fennac Shand (Ming-Na Wen) approaches him in asking for help on behalf of Boba Fett.

The episode fits into the Boba Fett series well, but it definitely has the same punch and style of The Mandalorian that you forget you were watching The Book of Boba Fett. Overall, the action, acting, production, special effects, and visual effects were fantastic. The story writing was also great, but it doesn’t come without criticism. First, when we see Din Djarin collect the bounty, we skip to the part where he delivers him to his buyer. Then, later on, we see that Din does not have a ship of his own and he has to take a commercial flight to go to Tatooine. So the main plot hole here is, what ship did he use to travel from picking up his bounty to delivering it? It probably doesn’t need to be answered because you can say something as simple as he borrowed one or used Star Wars-Uber, but it is something that does stand out nonetheless.

The second potential issue is when the Armorer informs Din that he’s no longer a Mandalorian, yet she lets him walk away with the beskar armor and the Darksaber after having a lengthy conversation about how those belong to a Mandalorian. It just seems odd that she lets him walk away with those things and doesn’t ask for him to release them, but my guess is that this is the show’s way of showing the Armorer having sympathy for Din and that it allows character development for her to give her an opportunity to see that the Mandalorian dogmas may not be as pure black-and-white as they believe.

So if this episode is fantastic and the best one so far, why am I worried about it? You may have noticed who I didn’t talk about in this article: Boba Fett. He is nowhere in the episode and the most we get of him is when Din Djarin says his name at the last minute of the episode. And that’s where we are starting to see the struggle of the series. If the best episode of the series is entirely focused on the non-protagonist of the series and you rely on a popular character from an entirely different series to tell the story, then trouble will surely lie ahead. And let me be clear – it’s not just this alone that makes it an issue. If the show’s episodes have been fantastic and high caliber from the very beginning, then this would be a nonissue. It makes sense for them to have an episode that focuses on the Mandalorian in the series given the history and their stories, as well as a way to get the fanbase interested in the character again since it’s been over a year of the last season of The Mandalorian and no confirmation of when the third season will be released. But given these circumstances, I would be very surprised if season 2 of The Book of Boba Fett gets the green light.

The latest episode does tease more characters from The Mandalorian series may appear in The Book of Boba Fett, and that may be troublesome. If a series is relying heavily on a popular and successful series to bail them out, then this may be the only season of The Book of Boba Fett we get.

The Book Of Boba Fett 105: The Mandalorian Comes To The Rescue In More Ways Than One