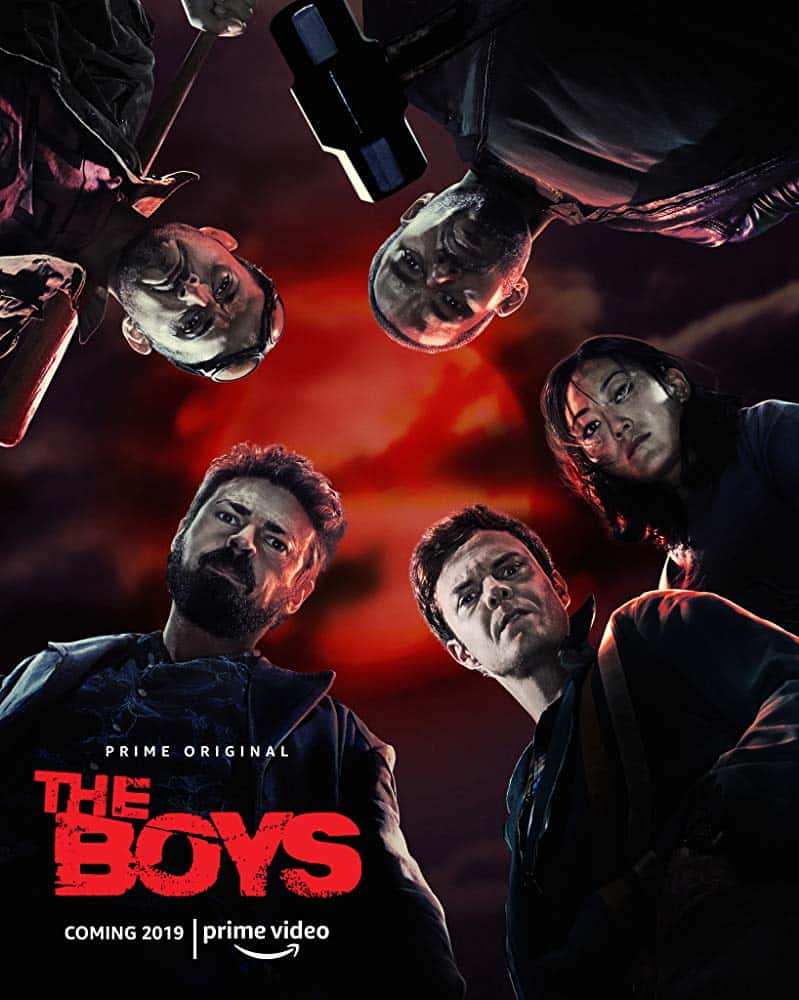 Episode Title: The Name of the Game

The Boys is an extremely graphic, extremely irreverent and fun new superhero show offered by Amazon Prime. Based on the comics of the same name, this one is definitely for the adults.

The Boys follows a group of people trying to take down a corrupt group of seven superheroes known collectively as The Seven. The Seven are fame at its extreme. They are beloved by the world. They are spokespeople for all sorts of products. They have movies. They are like modern day gods. They somehow still find the time to stop crime.

They also could care less about real people. The Seven have become so far removed from normalcy that they have lost all touch with reality. These “superheroes” act above the law, above human decency. They even laugh when regular people get hurt.

Each of the Seven is a take on a classic comic character. Their leader, Homelander (Antony Starr of Banshee), is essentially Superman as he can fly, is super strong, and has heat vision. He’s also potentially the only one that still has a shred of humanity or so we’re initially led to believe. Having watched only the beginning episode so far, there turns out to be some shady dealings going on with him that will surely be explored throughout the season. The Deep (Chace Crawford of Gossip Girl) is basically Aquaman, if Aquaman was a sex-crazed, sexist sociopath. A-Train is a speedster, so he’s the show’s version of The Flash. Queen Maeve, the warrior queen, fills the role of the show’s Wonder Woman. Black Noir is a moody, stealthy ninja. So, he’s the Batman of the show. Translucent has invisibility powers, making him an Invisible Woman type, but he’s perverted and turns invisible so he can watch people in the bathroom. The only member of the Seven that is still a good person is Starlight, an idealistic young powerhouse with energy blasting eyes, but that’s solely because she’s a new recruit. Watching the first episode, you definitely get the feeling she’ll be slowly pulled down into the mire with the rest of the Seven.

So, these aren’t the noble, self-sacrificing heroes you’re used to from Marvel or DC.

The lack of decency of this world’s “heroes” is why the Boys group exists. They’re a group of people who have reason to hate the Seven and want to see them pay for the way they act and crimes they’ve done. 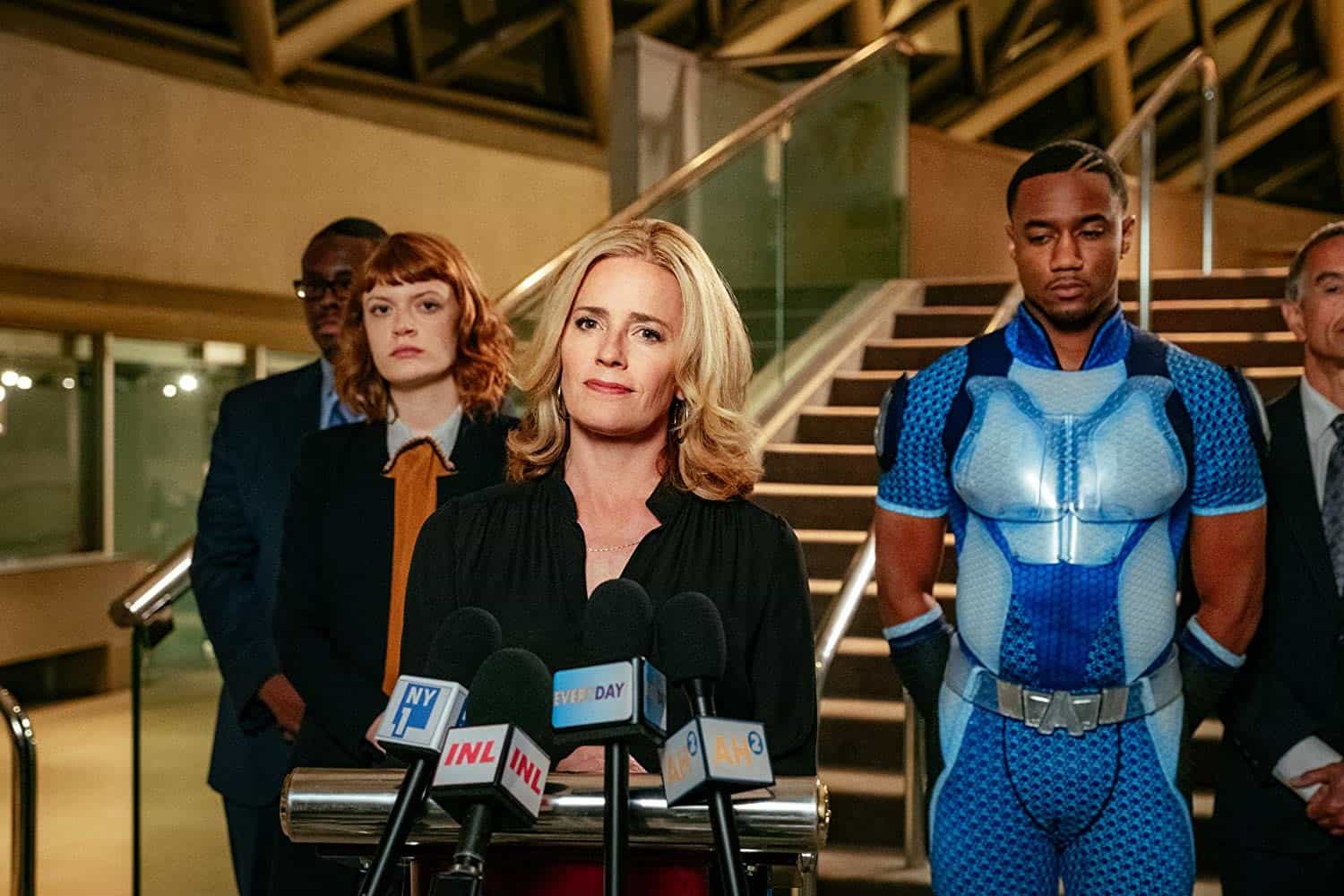 The Seven does some really bad things. However, they’re so rich and famous, pretty much anything they do gets swept under the rug. Usually they’re manager, played by Elisabeth Shue, does the sweeping. So far, it appears she and the Seven are perfectly willing to make any bad act go away.

This show is extremely graphic with its violence. As people are killed, as fights breakout, there’s enough blood spray to make Quentin Tarantino happy. Slow motion scenes let you experience the insanity clear as crystal in all its gruesome glory.

Even with the graphic violence, you may be thinking kids could still watch this. Get that thought out of your head. So many conversations in just this first episode are very adult in nature. Nudity? Yeah, that’s in the show too. With superheroes, though, things may end up getting even wilder than scenes from Game of Thrones. In just this first episode, the show has already briefly shown a couple having sex while floating in mid-air!

The plot of the show gets rolling with Jack Quaid, son of Dennis Quaid and Meg Ryan. He gets pulled into Karl Urban’s initially one-man crusade against the Seven because A-Train literally runs through Quaid’s girlfriend. In one of the most gruesome death scenes ever filmed, A-Train runs through her and, subsequently, can barely even bring himself to apologize and lies about the details to look less negligent and guilty.

Why is Urban after them, though? That’s a question that will likely get answered in a later episode. However, he seems to have a sketchy past. Possibly, he was CIA. Maybe, he’s ex-military. Whichever or whatever, Urban is extremely fun to watch. Anyone who knows Karl Urban, from the new Star Trek movies, Red, Almost Human, or Lord of the Rings, knows this man can act. He often plays sly characters with dry wit. His role in this is no exception, and his dark humor and edgy comebacks are hilarious. 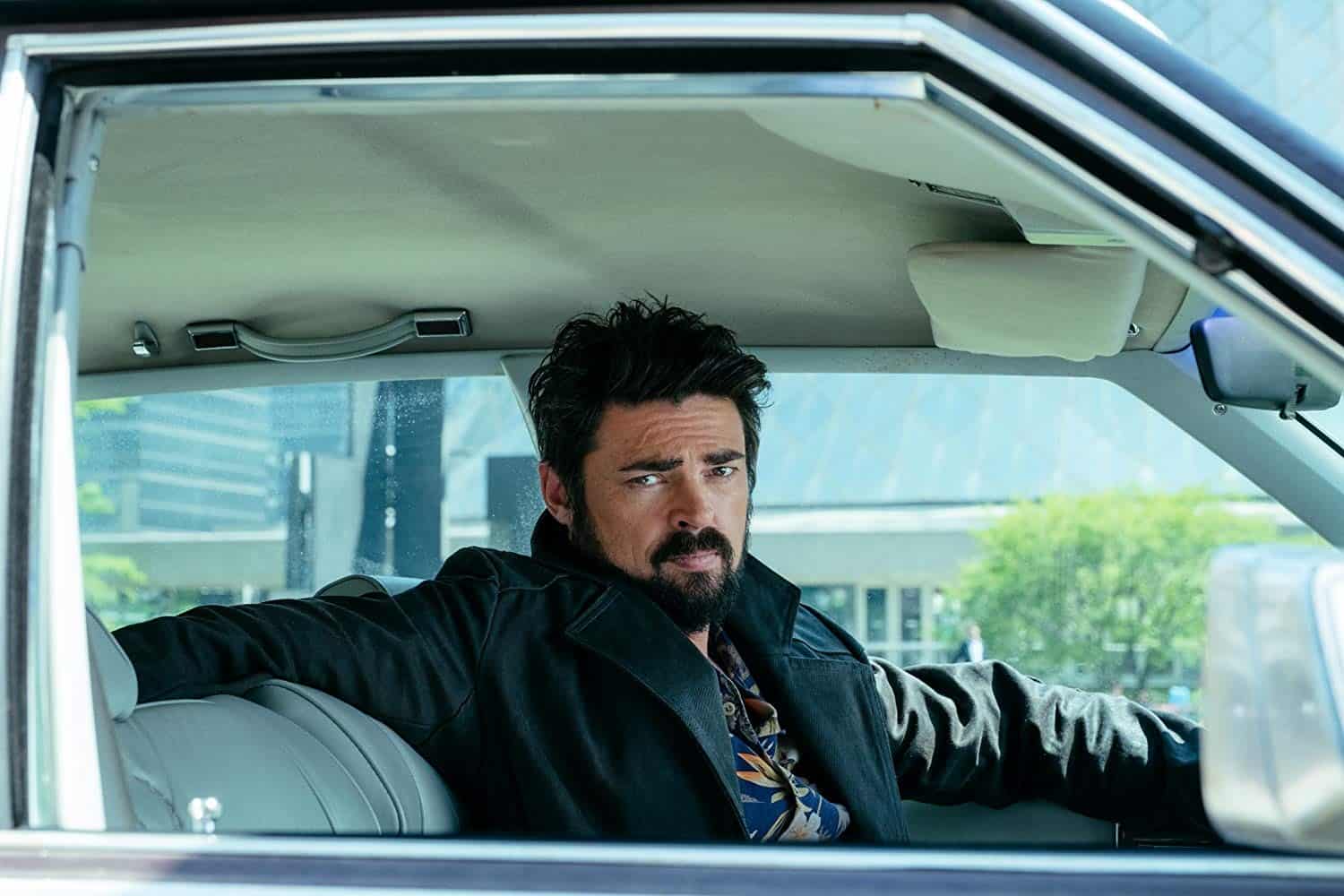 The catch is, whatever Urban’s reason, the Boys thus far seem to all be non-powered. The question, then, to be answered during the remaining 7 episodes, will be how can they stand up against the super-powered Seven?

I, for one, am excited to find out. 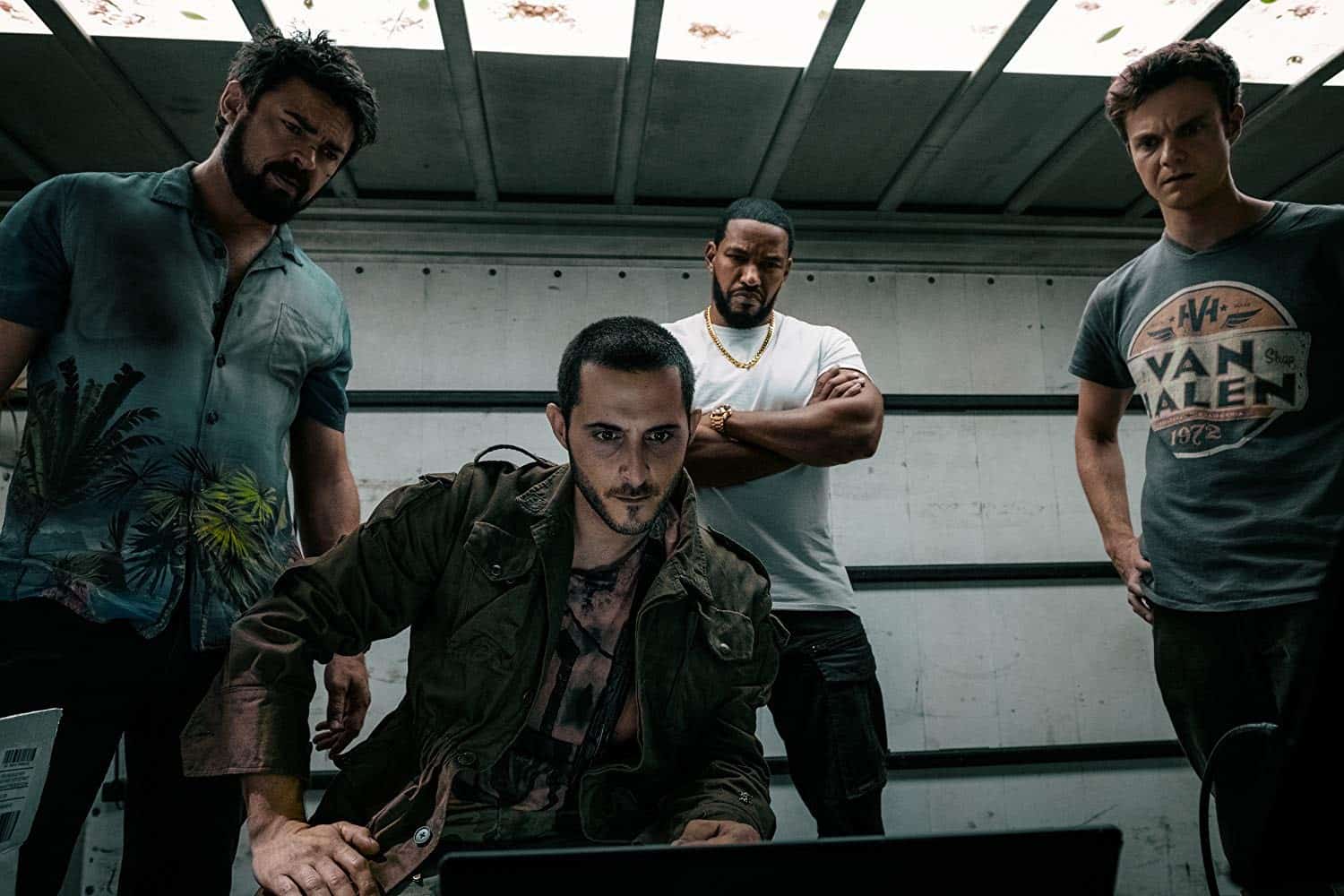 The Boys' first episode lays the groundwork for what could be a very intriguing action mystery and a dark comedy wrapped up into one sleek package.

Everyone is always on the lookout for “the next Breaking Bad” or “the next Game of Thrones.”

The great production value and special effects of The Boys, along with the amazing cast and the seemingly never-ending worldwide love of superheroes, could easily mean we’ve found that next big hit.