The Falcon And The Winter Soldier Ep 102: The Star Spangled Man

The Falcon And The Winter Soldier 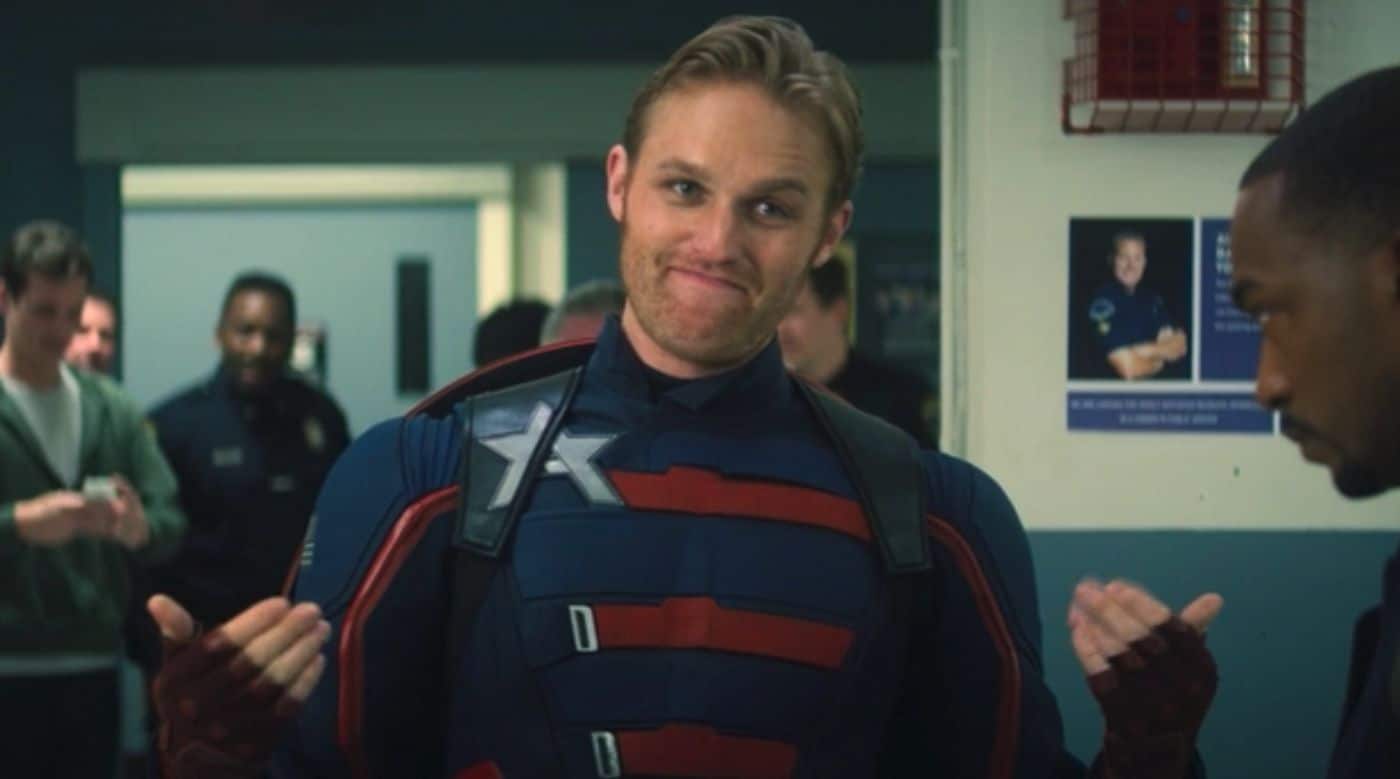 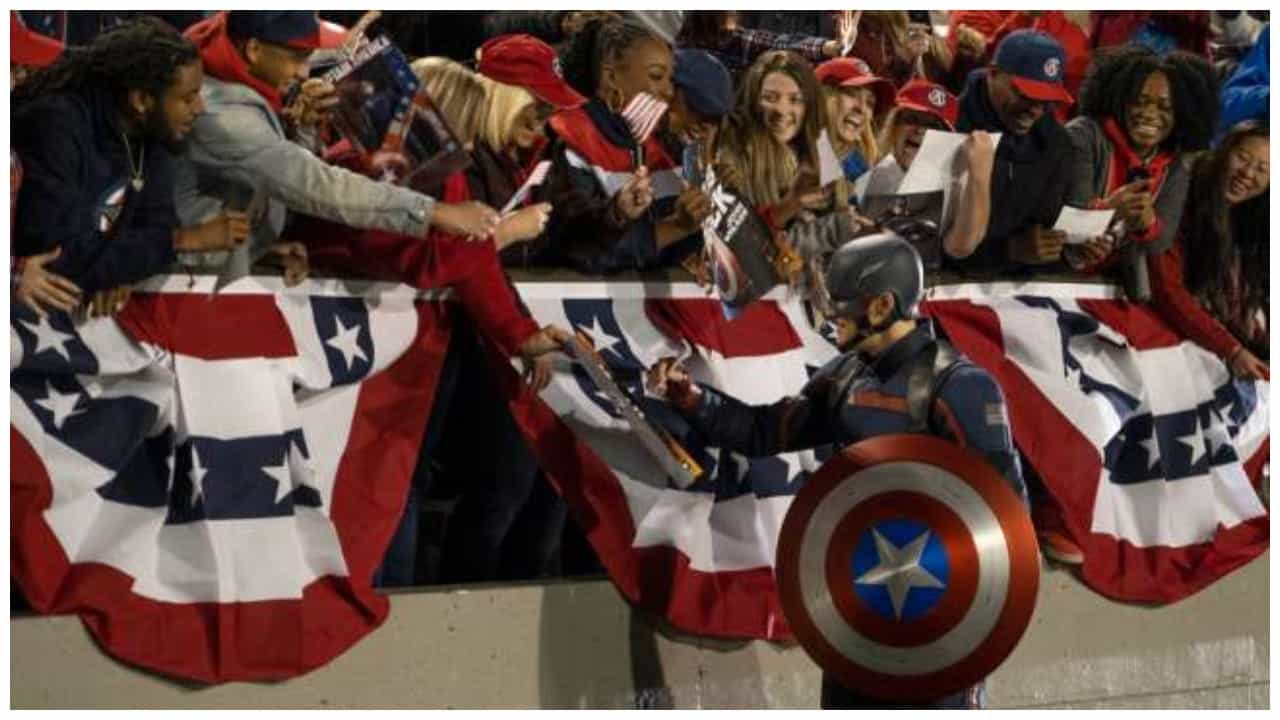 We also get the new Captain America’s Bucky, who, in the comics, was the fifth person to become Bucky and was black. The show skips over calling him Bucky as to avoid confusion with the real Bucky who is starring in this series and was still dead when Bucky 5 was created in the comics. Instead, Lemar Hoskin’s character goes by Bucky 5’s other name, when he becomes the hero Battlestar. It is interesting for the MCU TV shows to be covering more obscure characters which, also in this episode, has The Powerbroker’s name dropped. 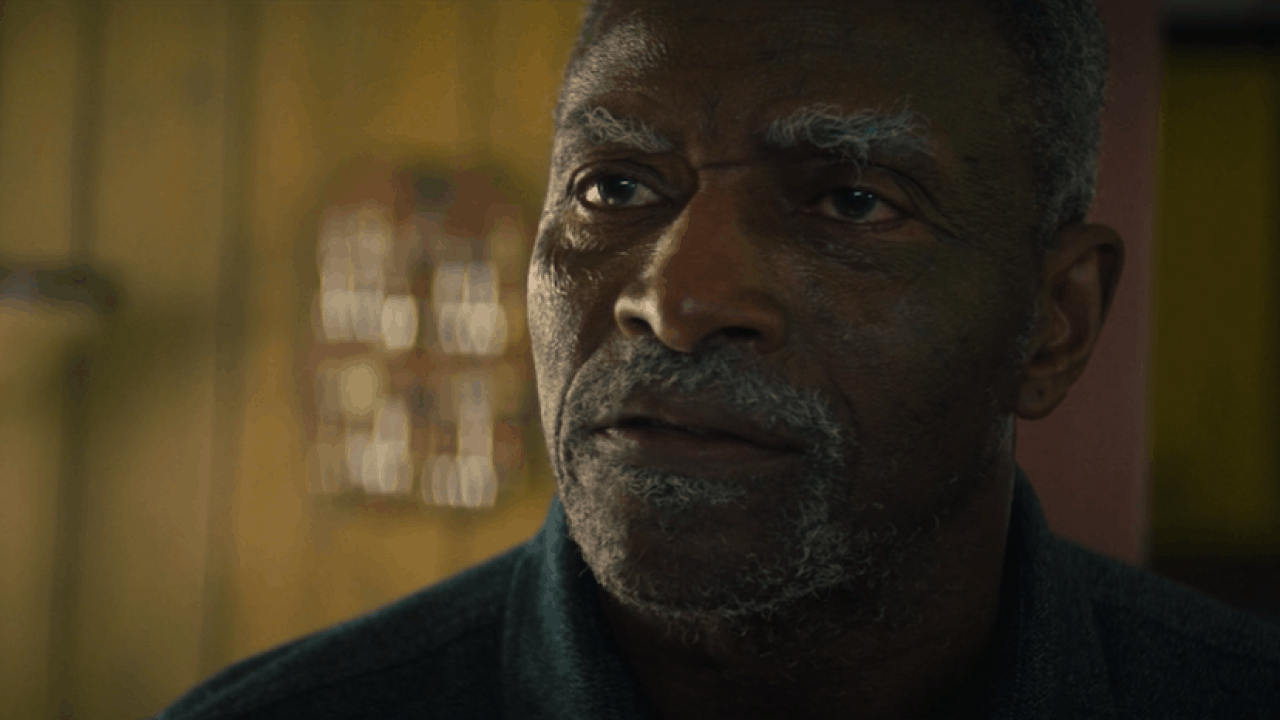 But wait! That’s not all! In a 2003 mini series Marvel produced called Truth: Red, White and Blue we are introduced to a black Captain America. Dr. Wilfred Nagel, under the alias “Reinstein” and other scientists try to recreate the Super Soldier Serum which turned Steve Rogers into Captain America (if I had a dime for every time someone tried to recreate the Super Soldier Serum…). They experiment on 300 African American soldiers mirroring the real life Tuskegee Syphilis Study. Isaiah Bradley becomes the only survivor of his test group. In The Falcon And The Winter Soldier Bradley is played by Carl Lumbly who is no newcomer to the super hero genre–he played the title role in the short lived 90s series M.A.N.T.I.S. His story is changed for the purposes of the show, having him operating during the Korean War and once defeating the Winter Soldier by ripping off his bionic arm. Bucky takes Sam to visit Isaiah. When they first arrive at his house they are greeted by Isaiah’s grandson, Eli Bradley. Eli, as comic readers will know, becomes The Patriot, leader of the Young Avengers. After WandaVision gave us young versions of Wiccan and Speed (who are out there somewhere according to the final scene in WandaVision), it could be Marvel is setting up The Young Avengers. Another team member, Kate Bishop, is set to debut in the upcoming Hawkeye series. This is far more likely than some of the ideas I have seen floating around on the internet.

The episode itself was rather mediocre to me. One moment our duo is in America then they are in Germany and then they are right back in America. Also, the way the Flagsmashers are portrayed feels a little too political for me. Described as wanting “open boarders” and a return to life during The Blip is reminiscent of current politics with Republicans accusing Democrats of wanting “open boarders”. With the Flagsmashers being the enemy it comes off like an inference that Democrats are the enemy. At least that’s how I saw it. And there is another scene that felt forced…the police stop because Sam and Bucky are arguing so they assume Sam is antagonizing Bucky. But after realizing they are Avengers the police back off Sam but wind up taking  Bucky into custody because he missed his therapy appointment. I felt they made a much better point in the first episode when Sam and his sister are applying for a loan. Captain America comics have never been afraid of tackling social issues. But rather than seemingly taking sides in our boarder issues why not take on the larger issue of White Supremacy and domestic violence. Maybe instead of the Flagsmashers they should’ve done The Sons of The Serpent storyline from the comics. 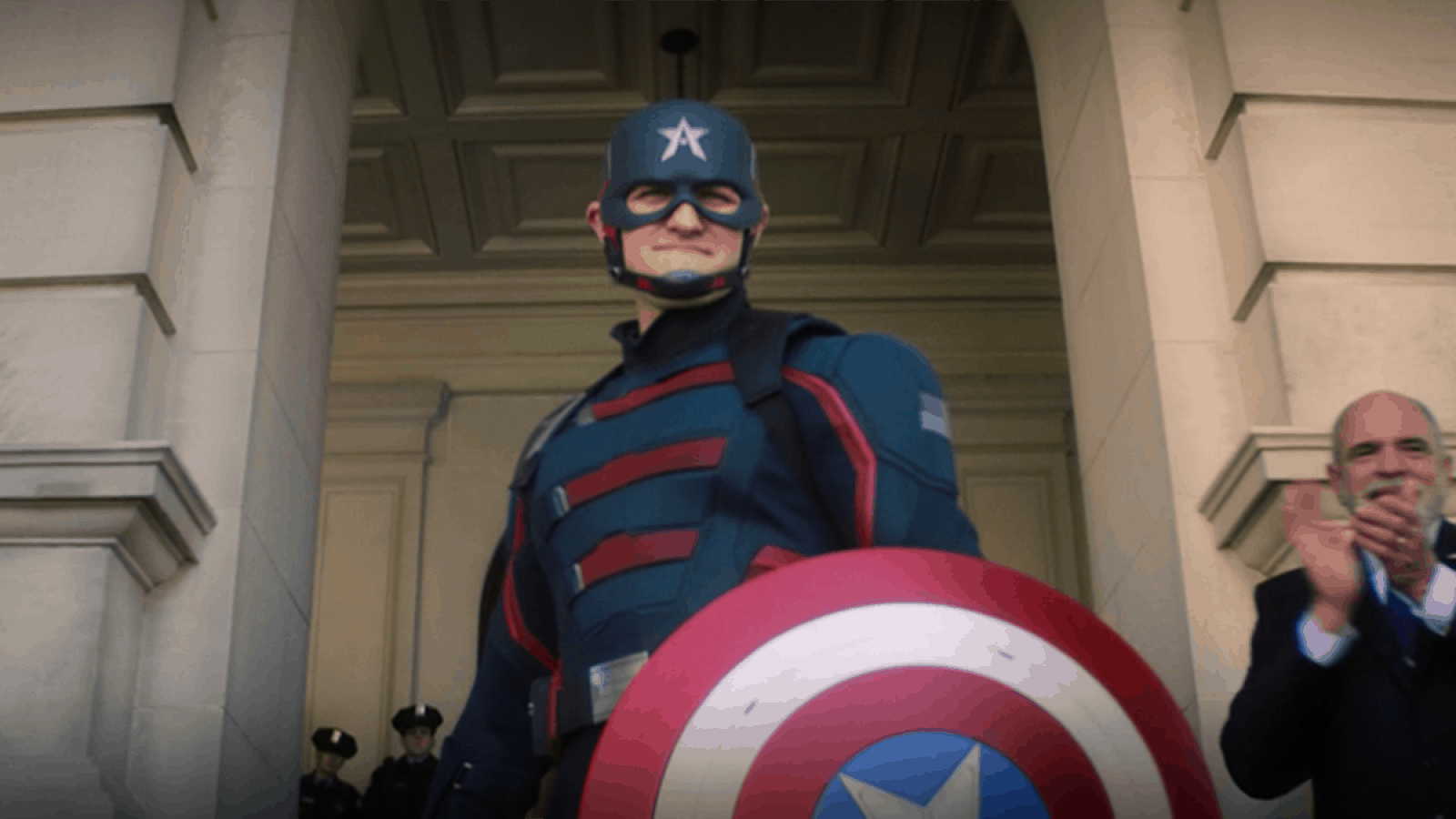 Can we talk about John Walker’s face? The actor, Wyatt Russell, who is the son of Kurt Russell and Goldie Hawn, is a handsome man. But when he puts on the Captain America helmet? My gods, he is so ugly! Look at that mug up there. The helmet makes it look like he is giving us a toothless smirk. Dude, as long as you have that helmet on DO NOT SMILE! It’s not just a bad shot, he looks like this in all the stills when he smiles. I would’ve thought they’d do some kind of fitting and contouring the helmet for Wyatt’s face. It’s hysterical and creepy all at once.

While Sharon Carter has yet to show up, we do see Baron Zemo being held in some kind of facility at the end of the episode complete with a classical music score. 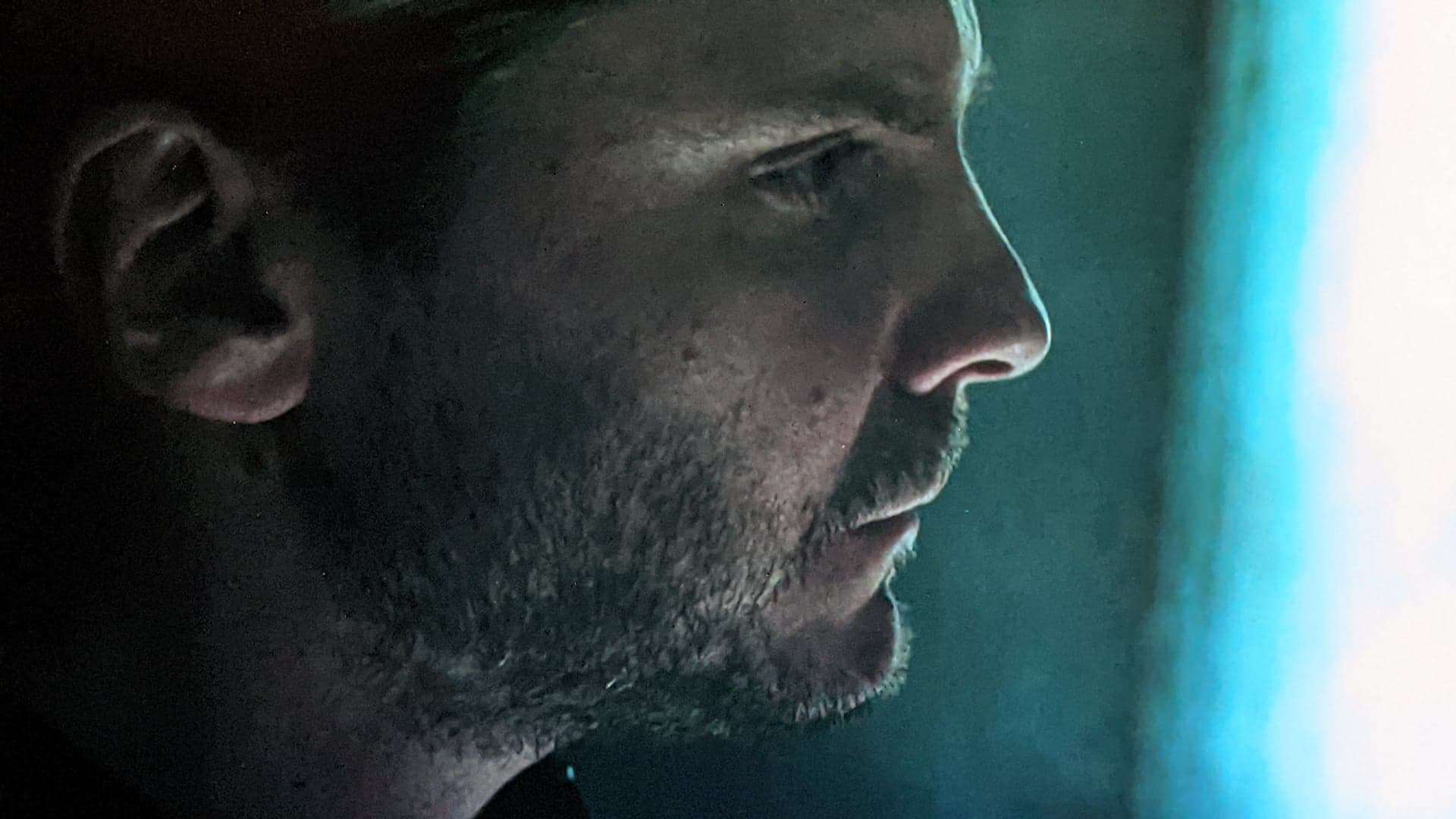 With a constantly brooding Bucky and an angry Sam plus John Walker's face in that helmet, I'm not getting the same "feels" as I have with most MCU films and WandaVision. But it's nice to see the show working in  some actual Marvel Comics history, even if it is some of the silly characters like Batroc The Leaper and Battlestar (sorry, I see that name and automatically think of Cylons). Next week we will be half way through the series so maybe we will get a little more clarity on what Baron Zemo is up to. 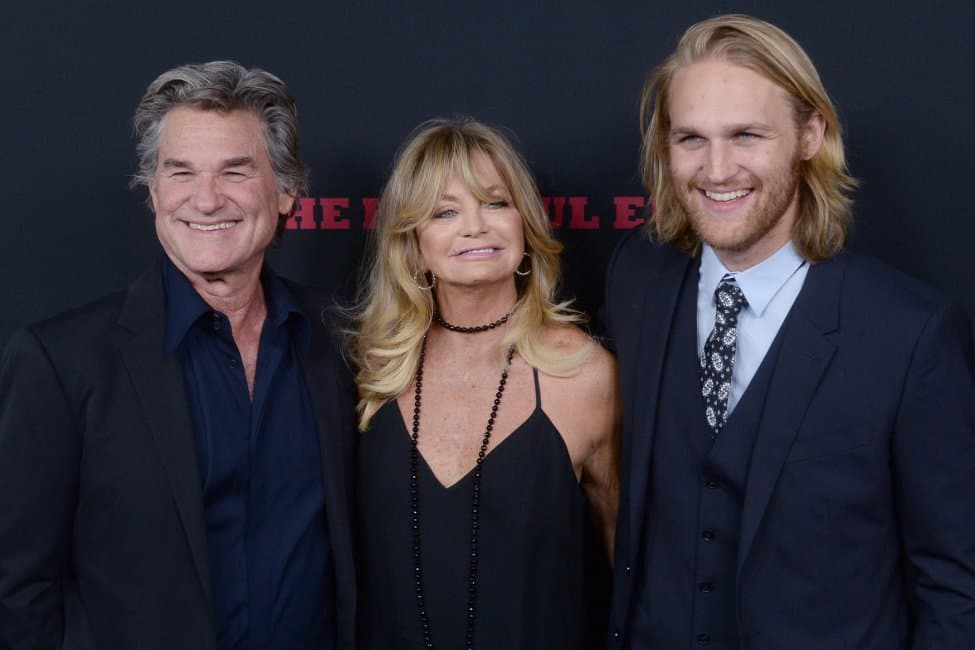 With the Russell men both a part of the MCU, it's time to find a role for Goldie Hawn!

The Falcon And The Winter Soldier Ep 102: The Star Spangled Man