The Five: Best Slightly Scary Things to Watch for Halloween

Now that we’re in October it’s finally time for Halloween!. The movies and TV shows on this list are not designed to make you scared. They’re more to get you in the spirit. So grab your popcorn (and your candy corn) and let’s get into the five best slightly scary things to watch for Spooky Season. 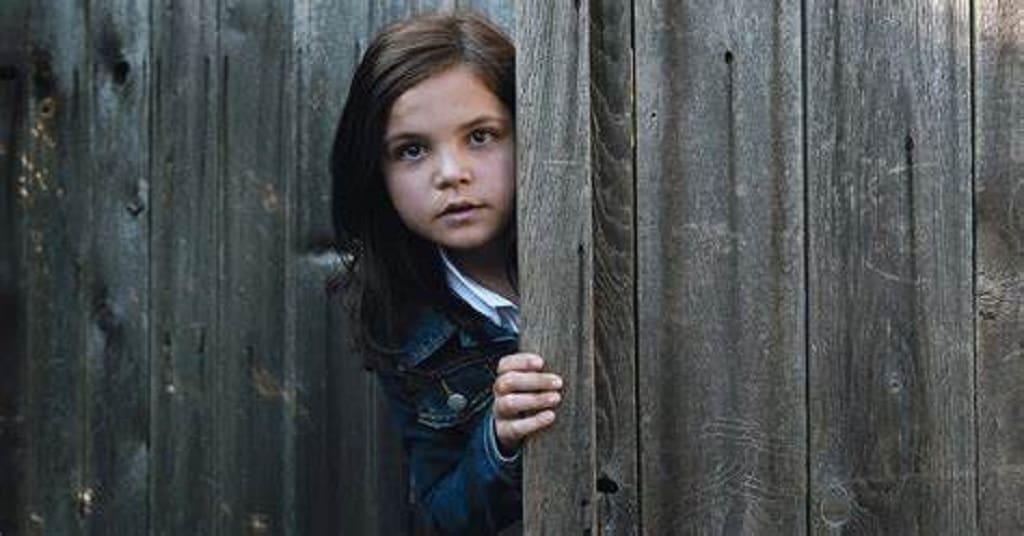 When I was growing up, there were always four channels my siblings and I would cycle through: Cartoon Network, Nickelodeon/Nicktoons, Disney XD, and The Hub. The Hub was an odd little channel that started in 2010 and ended in 2014. During that time, R.L. Stein’s The Haunting Hour would air late at night (or late at night at the time, meaning like 10 PM). A horror anthology series created by Goosebumps’ R.L. Stein, it used to freak me out as a kid. It’s probably the show that got me into horror. 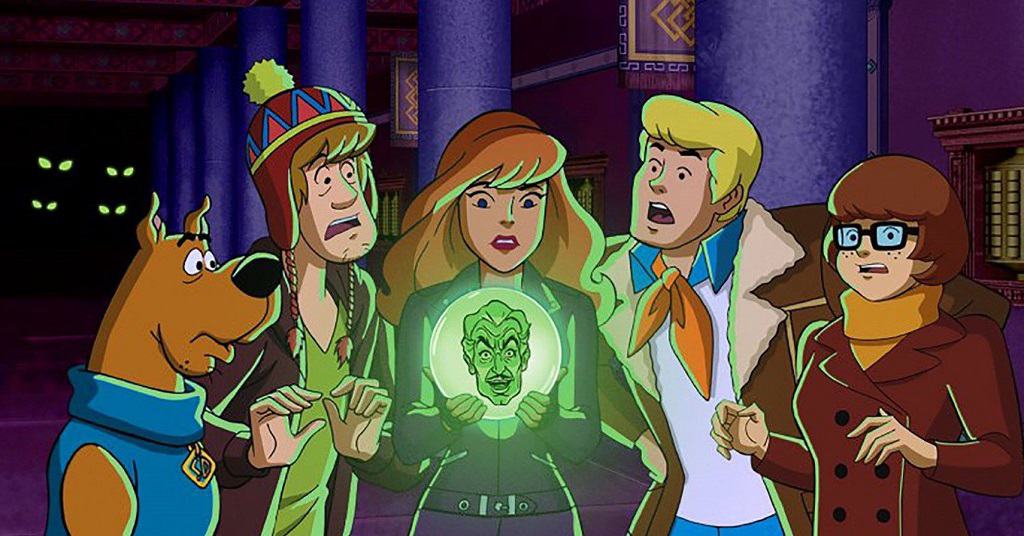 Who doesn’t love Scooby Doo? You get mystery, some spooks, a fun cast of characters, and a talking dog! I’ve loved Scooby Doo for all my life. Because of the many ghoulish characters, it makes for a great spooky season watch. If you don’t know where to start, check out the original series, Scooby Doo, Where Are You? The direct-to-DVD films made in the late ‘90s (Scooby Doo on Zombie Island, Scooby Doo and the Witch’s Ghost, Scooby Doo and the Cyber Chase) are wonderful as well. 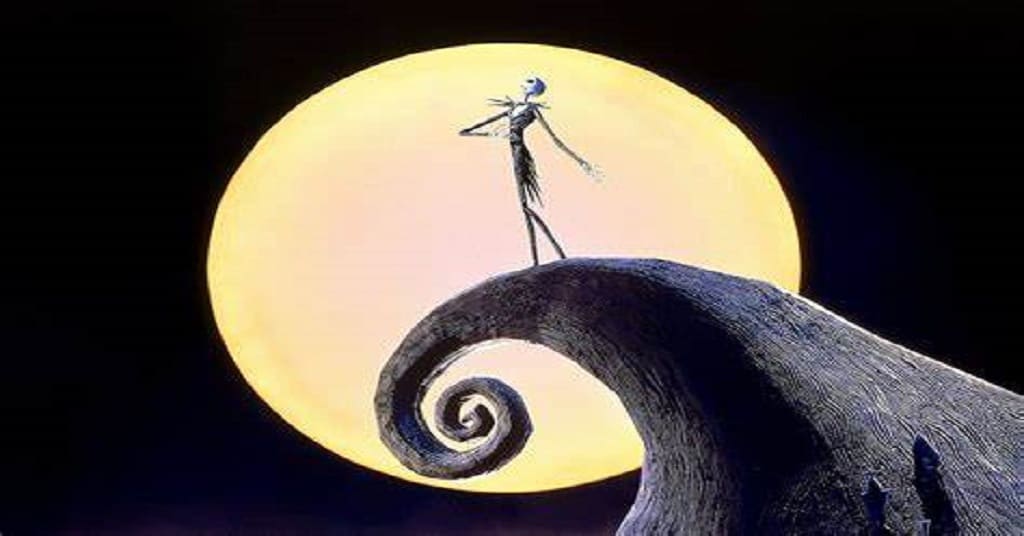 Whether or not this is a Christmas or Halloween movie is up for debate, but it does get you in the mood for both.For those of you unaware, The Nightmare before Christmas follows the King of Halloween Town, Jack Skellington, as he tries to spread Christmas spirit. It’s a great movie with charming characters, interesting visuals, and a unique plot. 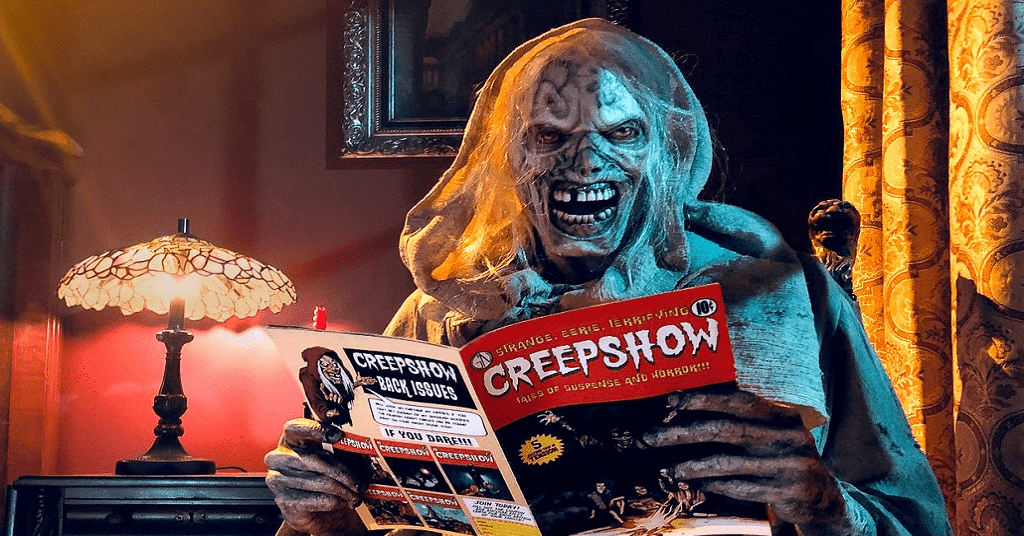 This is probably the scariest movie/show on this list. While everything else is intended for all ages, Creepshow is meant for adults. You’ll see loads of campy dialogue, over-the-top acting, and general silliness. The film is comprised of a series of vignettes based on Steven King stories and the EC horror comics of the 1950s. If you want to know more, check out my review.

Goosebumps: The classic ‘90s series is not as good as The Haunting Hour and is limited in terms of budget and time, but it still serves its purpose and delivers some good spooks and frights.

The Addams Family: The classic series was a comedy that offered a look into the lives of a truly ghoulish family. If you want a blast from the past, The Addams Family still offers a fun time. 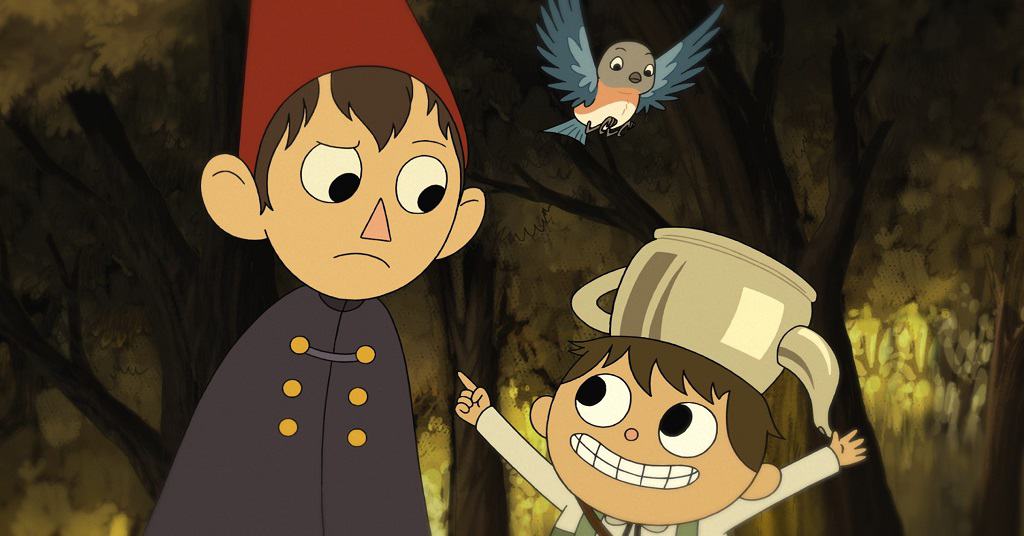 A ten episode series about two kids getting lost in the woods, Over the Garden Wall is a triumph of screenwriting, direction, cinematography, and pretty much everything else. This is the ultimate show to watch during Halloween, as every episode is exquisite. It’s hard to put into words just how incredible this series is, and it’s a marvel that this series is allowed to exist given how dark, complicated, and surreal it is (given it premiered on Cartoon Network). This show is beloved amongst many different people, from animation fanatics to those who’ve never seen a cartoon. If nothing else, I would highly recommend this series.

The Five: Best Slightly Scary Things to Watch for Halloween