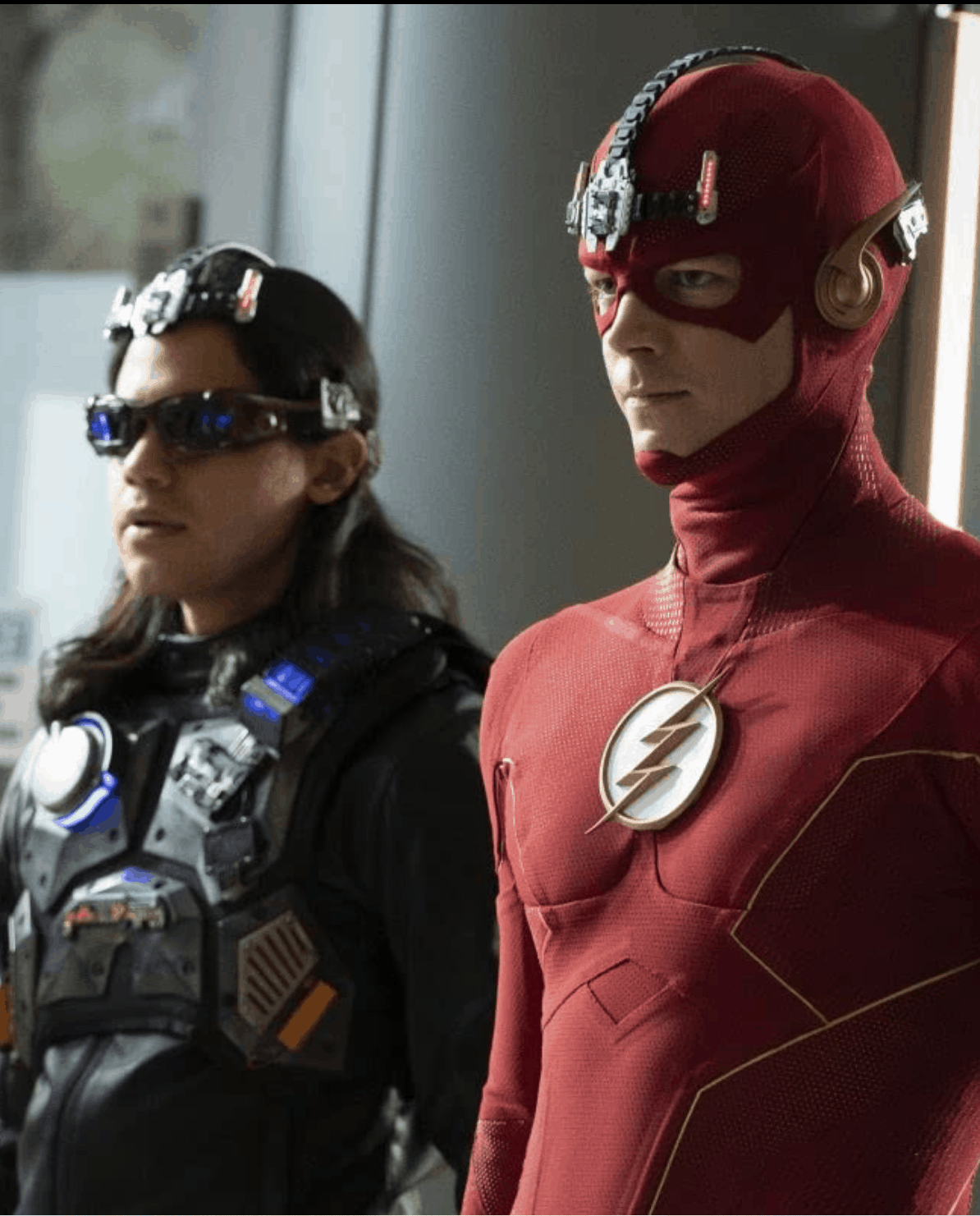 As if last week's big monster wasn't enough, the Flash now has to contend with the arrival of a terrifying new foe, Psych! 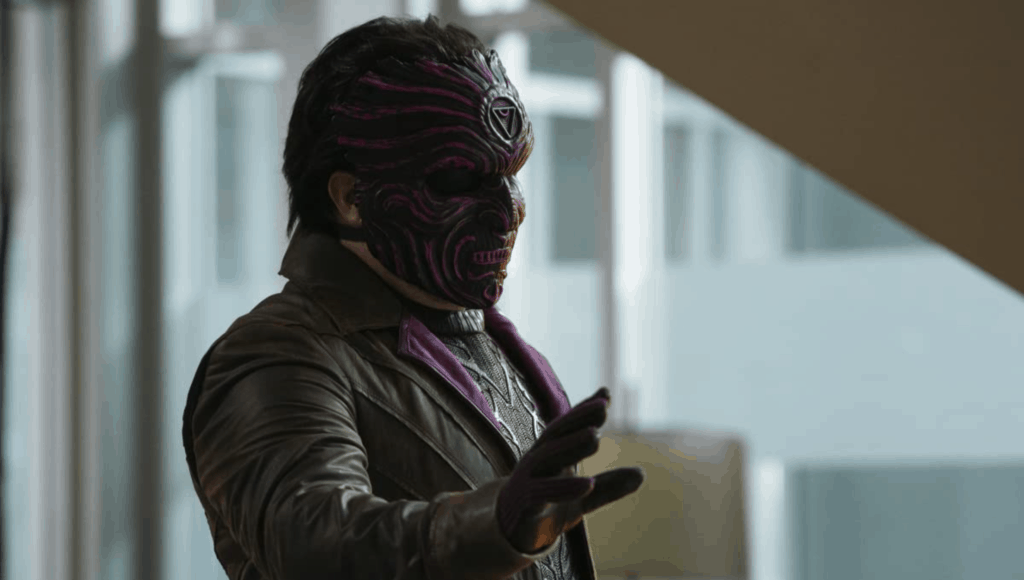 And if that's not enough, Caitlin and Killer Frost are seeing double... 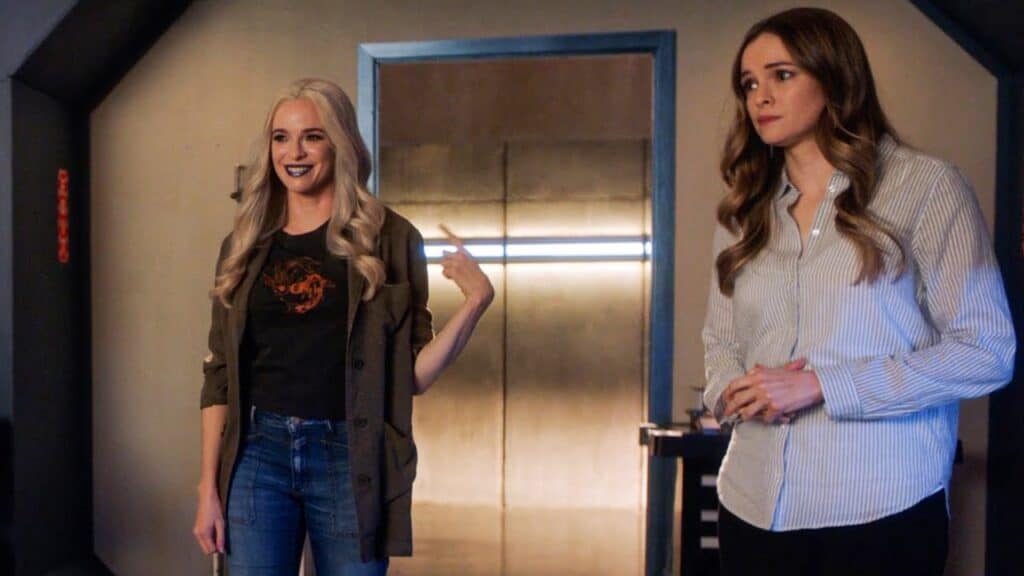 It’s been awhile, but “Fear Me” gives The Flash something it hasn’t seen much of lately: a foe that can’t be beaten by punching or running. And lo, with the arrival of Psych, and the revelation that the monster from last week is named “Fuerza,” means that this season has its overarching plot beginning to simmer. I won’t spoil it here for anyone, but readers of writer Josh Williamson’s recent run on the Flash comic should know exactly what’s going on. (As an aside, that means my guess that the show was introducing the Green Lantern-centric emotional spectrum was dead wrong. Ah, well, we can but hope.) 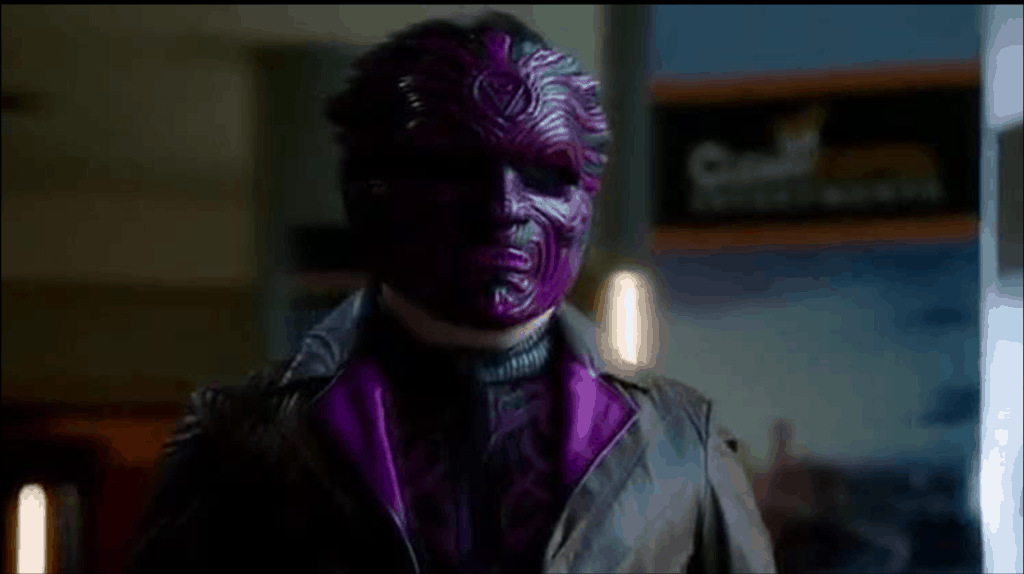 “Fear Me” works despite some reliance on tried and true horror movie tropes woven throughout (in a very TV-PG way), including at least one weak attempt at a jump scare and Iris (Candace Patton) briefly acting out her inner Twitch Witch. It works because it’s so fundamentally different from what we usually encounter on the show, which is a wonderful change-up that helps any show into its seventh season from feeling long in the tooth. Psych (Ennis Elmer) is a bit more of a straightforward villain than his comic book counterpart, but Elmer plays him with enough of a detached, narcissistic deadpan that this take on him works with remarkable effectiveness – particularly in conjunction with his still, emotionless mask.

“Fear Me” also works because it gives Cecille (Danielle Nicolet) a chance in the spotlight. I wish she’d had a bit more agency than to be simply reacting to the plot, but at least she paid a crucial role in defeating Psych. As an appendage character to Joe (Jesse L. Martin), Cecille’s direct connection to Barry is tenuous at best on a good day. Therefore, writers typically have to perform narrative backbends to get her actively involved in a given episode’s plot. This does her a disservice, as Nicolet is a fun actress with a lot of skill, whose character often stands in as a token mature voice in the room among all those 20- and 30-somethings whippersnappers. Trouble is, that’s long been Joe’s role in a lot of ways, too, which makes Cecille feel redundant a lot of the time. I’d imagine this realization is probably what lead to her eventually gaining psychic powers a couple of seasons back, honestly – but that has rarely translated to Cecille having much to add on a consistent basis. And as a bonus: Cecille’s arc this episode lead to a great callback from season four, bolstering the show’s own internal continuity. 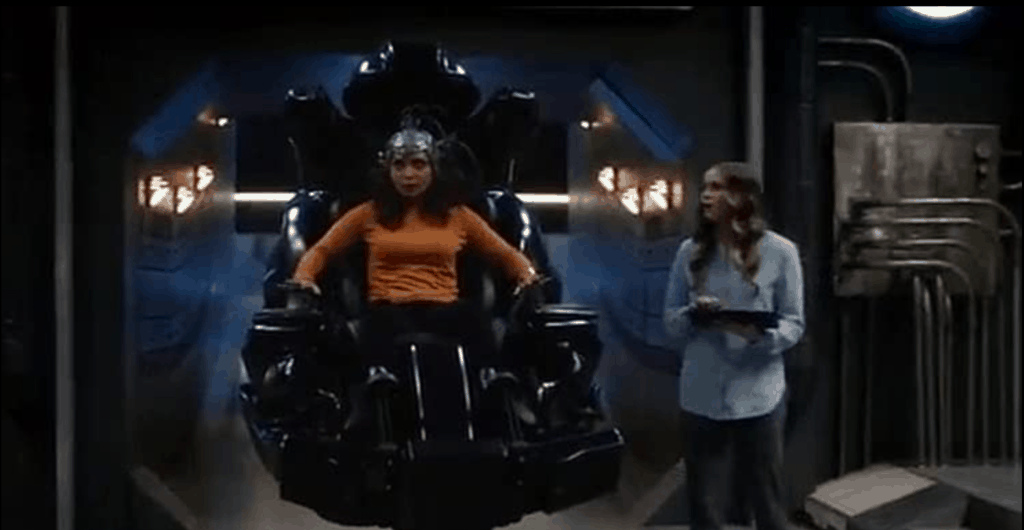 Speaking of the “adult” characters on the show, Joe West finally gets to have a bit more to do this week other than be a source of exposition dump for a quick scene or two. There’s fishy goings-on at CCPD, starting with a shady character hanging around in a supposed official capacity who’s pretty obviously up to no good. And when that reason is revealed… well. Someone’s about to learn that they can’t just leave their past behind despite turning over a new leaf. 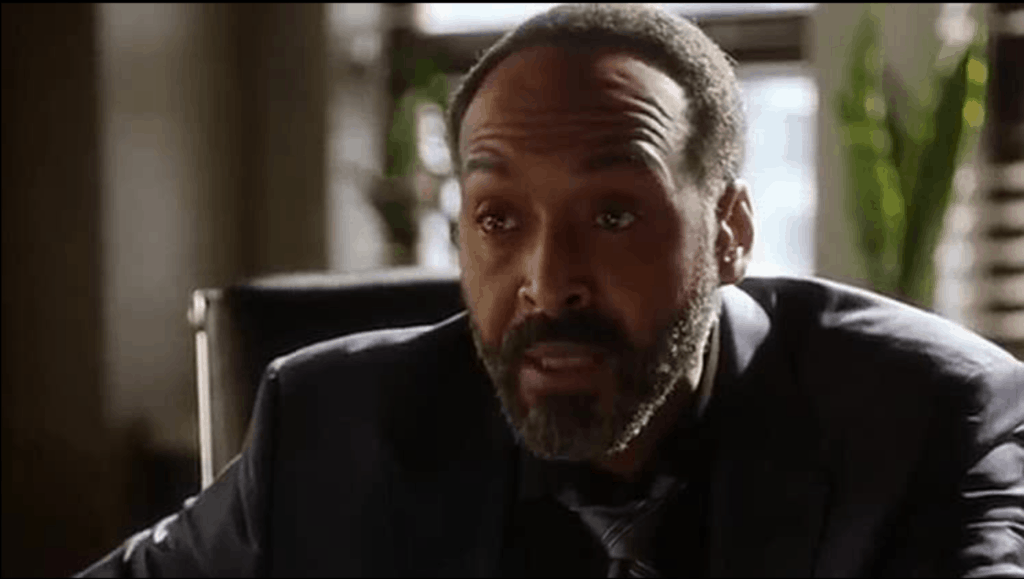 But let’s get real: Danielle Panabaker, pulling double duty as Caitlin Snow and Killer frost in some grin-inducingly clever Parent Trap-style shenanigans, is the real MVP this week. Panabaker has had to play both characters for almost as long as Flash has been on air, but never before has she gotten to play them off of one another in real time to this extent. Now existing independently of one another for the first time, Frost and Caitlin have to reconcile with what that means. Are they sisters? Two parts of a whole? A yin and yang? Panabaker digs deep, well below Frost’s usual seen-it-all, nothing-bothers-me exterior, and reveals some real fears and insecurities. And fears, ladies and gents, is what this episode is all about. Director  David McWhirter pulls it all together pretty effectively, even if we yet again get Barry (Grant Gustin) stuck in maudlin mode for the umpteenth time. But at least he’s forced into a situation where – as stated above – he can’t win simply by punching or running fast. That takes some creative writing, and for the fourth episode in a row, The Flash is showing that it still has the chops to surprise viewers.

The Flash season 7, episode 5, "Fear Me," was a fun, nearly-flawless monster-of-the-week outing. Bolstered by a stellar dual performance from Danielle Panabaker, it's becoming more and more clear that the show has found its footing once more after a disjointed, unfocused season six. Bring it on!