The Man Who Fell To Earth: Too Strange of a Stranger in a Strange Land

The Man Who Fell To Earth 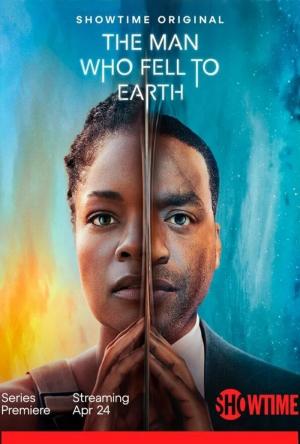 The future of Earth and another planet called Anthea are in the hands of an alien who arrives on Earth to continue a mission abandoned years before.

The Man Who Fell to Earth was a 1976 film based off a 1963 book by Walter Tevis and was the first movie to star the late David Bowie.  The film has developed a cult following for the use of its surreal imagery and is considered an important work of science fiction cinema.  Forty-six years later and the story of alien, Thomas Jerome Newton (Bill Nighy takes over the David Bowie role) continues as a new Anthean who calls himself Faraday (Chiwetel Ejiofor) comes to Earth to find a solution to save their drought ridden planet. With the help of a fallen scientist, Justin Falls (Naomie Harris), the two must work together to not only save Anthea, but reverse the damage we humans have done to our own planet. Little has changed in the premise from film to series, it is built on the tried-and-true story telling of a stranger in a strange land that must learn how to be more human to survive, usually by befriending a human who teaches him the true heart of humanity.  Unfortunately, the series does not handle this theme as well as it should have.  I found Chiwetel’s performance a bit over the top, a bit too “strange”, I am sure it is equal to Bowie’s performance (which I either cannot remember or didn’t see), but that was in a different era performed by a star known for the outlandish. In today’s era the facial expressions and character reactions not only felt cartoonish and forced but made the leading character a bit unlikeable.  The series tries to offset this, by first showing us the future nice-guy Faraday who is the leader of a high-tech firm, like his predecessor, and basically worshipped by fans.  He is recounting before a crowd at a product launch how he learned humanity.  The concept of showing us an end result and then flashing back to the beginning and showing how said result was accomplished is a cliched and an overused device which especially does not work for this show. In this golden age of genre media, there are so many wonderful series out there, that no one person can watch them all.  This means we need to pick and choose those shows that interest us, that speak to us.  I am sure that The Man Who Fell to Earth will gather a fan base and I am happy for the show.  Even though there were some very interesting themes looking to be explored and in addition to a high production value, the characters did not connect with me.  In addition, there was an overuse of profanity that just seemed out of place.  Don’t peg me as a prude, I am ex-Navy and swear like the sailor I am, but there is a point where it just seems unnatural and too much and I feel this series crossed that line. Maybe if they could’ve squeezed a little more exposition in the dialogue between all the F-bombs they might have had something more interesting. I am choosing not to continue to watch this series.

Reviewers hold no true power, everything we do and say is subjective and opinion.  Never let a negative review of something you truly love and enjoy make you ashamed for liking it.  I have said if before, will say it again, a review is one person’s connection with a piece of media.  I don’t believe there really is a good or a bad, but there are productions that just don’t speak to me, and this one really didn’t.

The Man Who Fell To Earth: Too Strange of a Stranger in a Strange Land