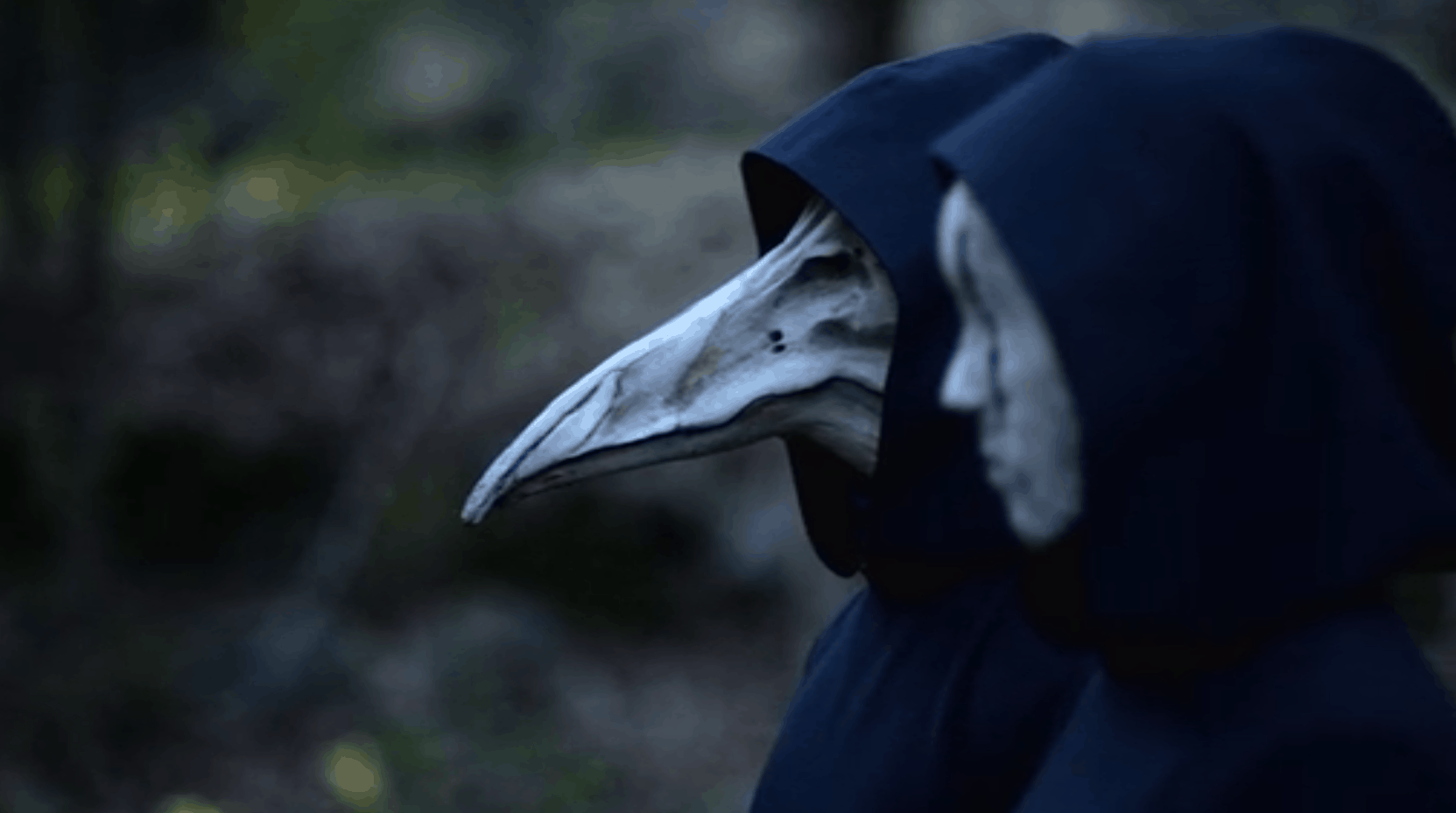 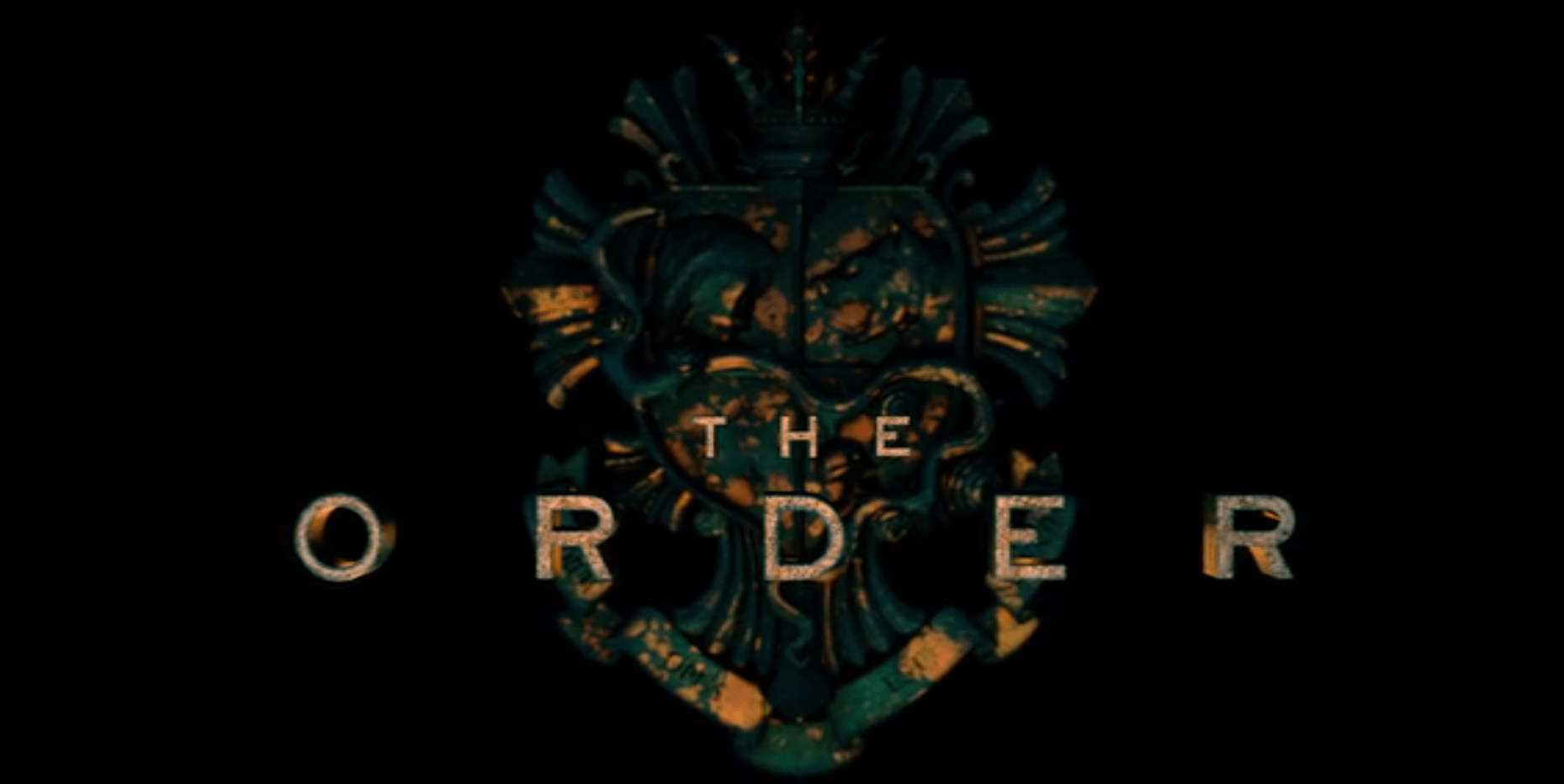 Jack Morton enrolls in Belgrave University to investigate the Hermetic Order of the Blue Rose, an organization that may have the answers to the whereabouts of Jack’s father, who is accused of causing his mother’s death. Jack’s invitation to try out for the Order is controversial for some of its members, and he meets with resistance every step of the way. However, there is someone or something else lurking about campus that’s out to get Jack and every other new pledge trying to get into the Order. 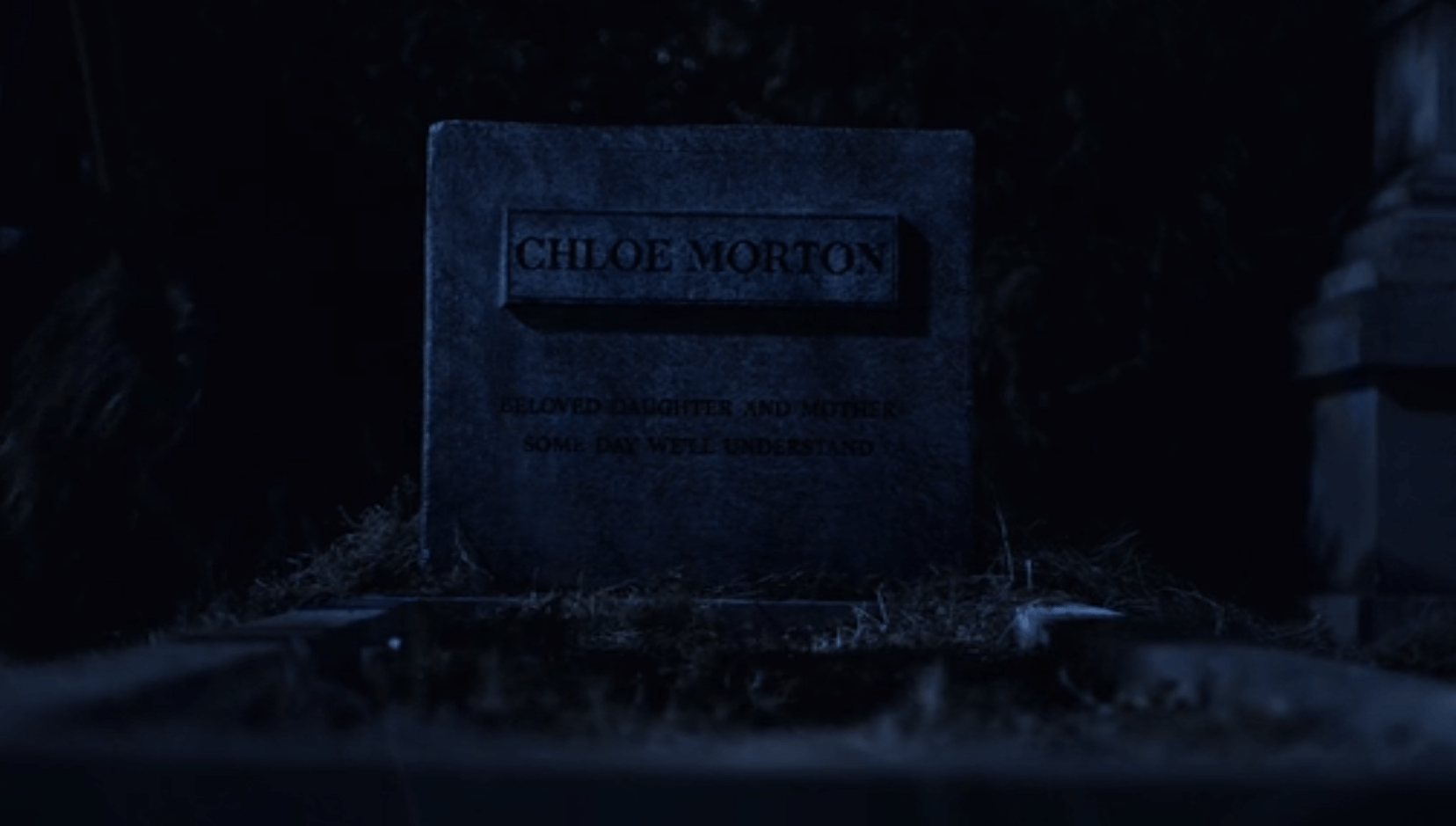 The first episode of Netflix’s “The Order” doesn’t quite live up to the excitement that the trailer creates. It builds up slowly, it’s overburdened with characters, and it generates too many of the wrong kind of plot questions. Fortunately, it doesn’t take itself too seriously, and the cast members seem to be enjoying themselves enough to make the first 39 minutes of “The Order” somewhat bearable. 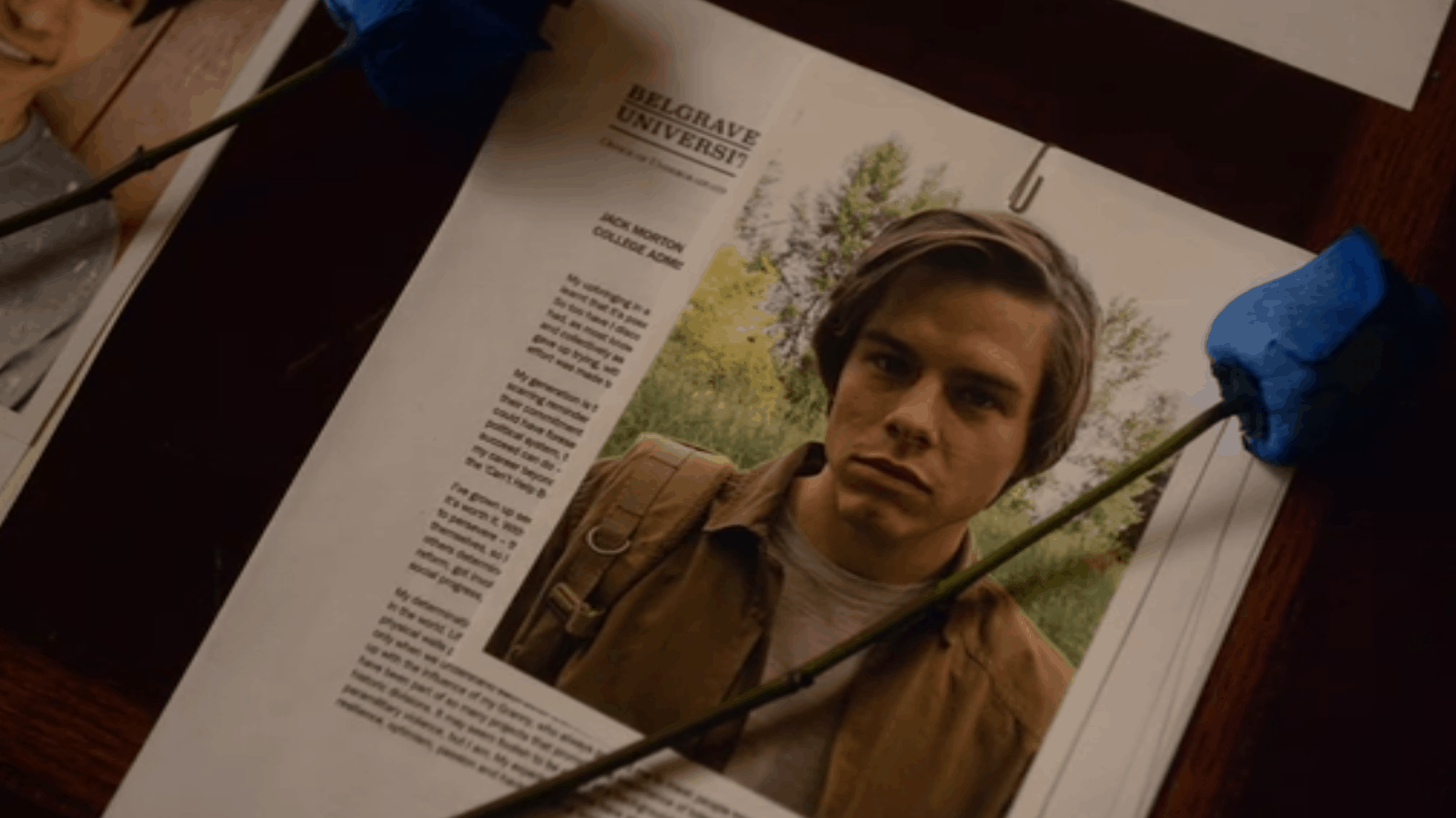 Jack Morton (played by Jake Manley in his first leading role) needs to find a way into Belgrave University’s Hermetic Order of the Blue Rose to investigate the whereabouts of his father, the one allegedly responsible for his mother’s death. To his surprise, he’s already been invited to try out for the Order, and there are a few members who find this controversial. It’s not clear in this episode why the higher ups have a problem with him, but some of the lower ranking members and other pledges find their own reasons to dislike him, such as the fact that he’s a local and not considered a legacy candidate, or that he’s a little too brazen with his questions about the secretive Order.

The first pledge Jack meets is so incensed by his approach, that in a bit of forced hostility, he throws a couple of swings Jack’s way. Jack uses this opportunity to showcase his formidable hand-to-hand combat skills, which will not be seen for the rest of the episode. Given this display, it’s surprising that Jack is otherwise easy to capture and a bit of a clumsy calamity when he is confronted with real danger toward the end of the episode. But Jack’s purported fighting ability is equal to his knowledge about Belgrave’s history, and his brazen nature isn’t particularly grating on Alyssa Drake (played by Sarah Grey, also in her first main role), a campus tour guide and student, and incidentally his first friend at the school. 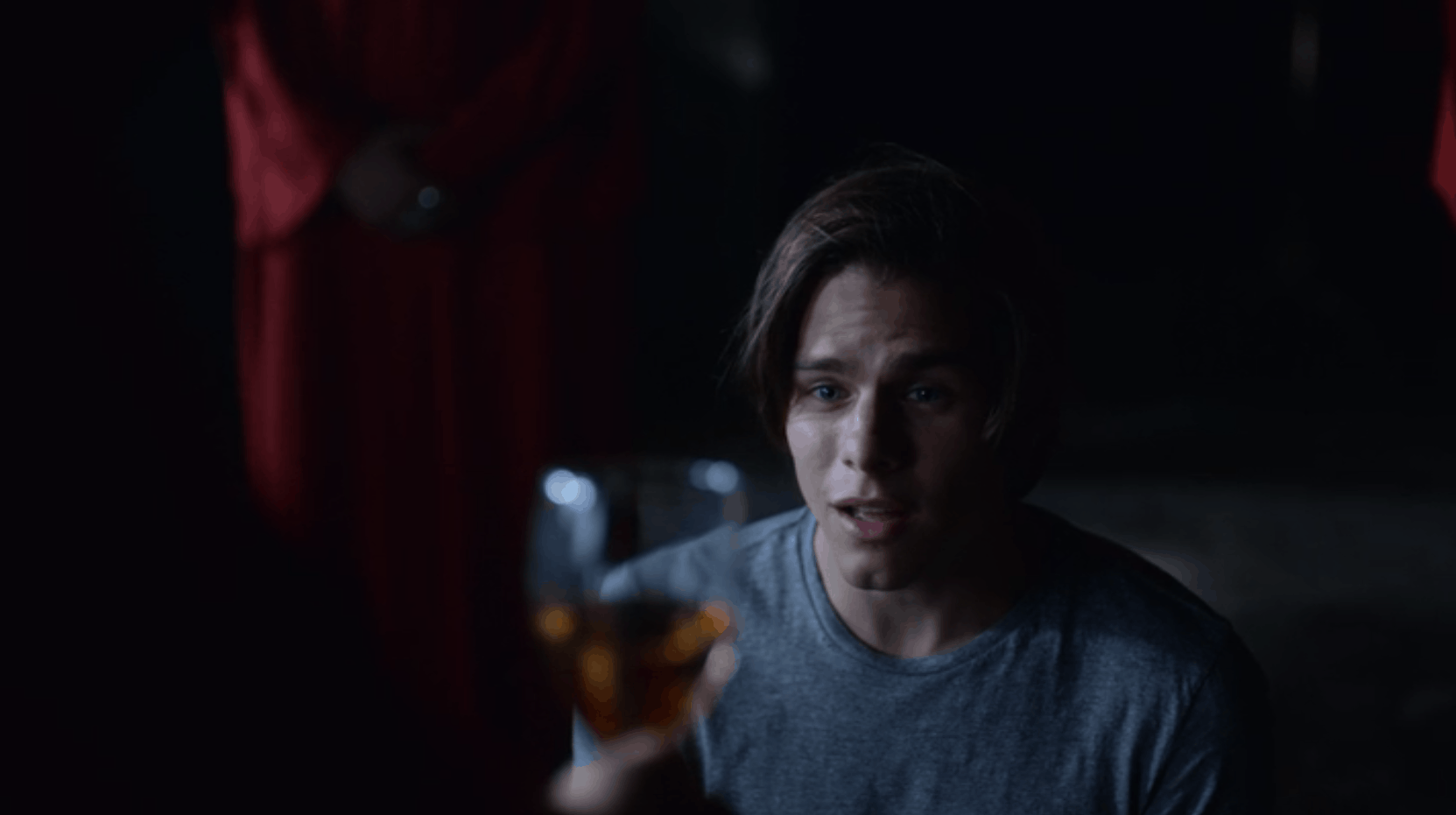 Members of the Order that are more open to Jack see that he has “potential,” a word that’s repeatedly used to describe him, but without any further explanation. An occultish fraternity tells Jack, while failing to recruit him, that they have been tracking him since he got accepted to the university, and that his “bona fides are sick,” whatever those are. When the Order puts Jack to the test to see if he has what it takes, it seems like they’re only interested in challenging his sleuthing abilities. There’s nothing in the episode that defines what makes Jack special to either of these organizations, and not giving even a hint is a blunder. 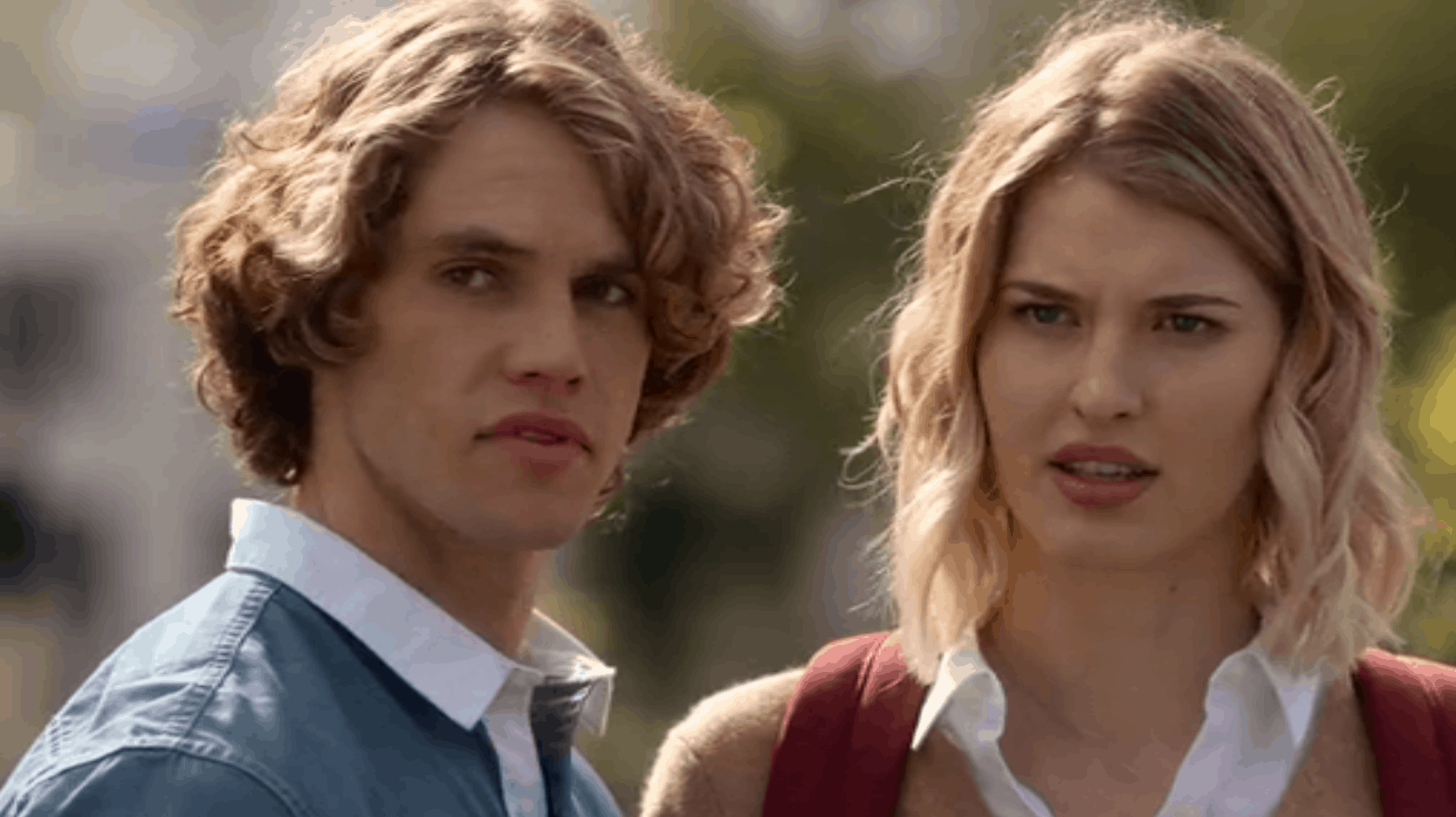 Order members that give Jack a fair shake, such as Alyssa and University Chancellor Vera Stone (Ginger Snaps’ Katherine Isabelle), are nonetheless secretive about the Order and the fact that they are even members. Alyssa might appear at convenient moments during Jack’s evaluation to give him a helpful hint or two, but he is otherwise kept at arm’s length by everyone while other pledges are able to hobnob openly with existing members and are not held to the same standards of secrecy as Jack for some reason. 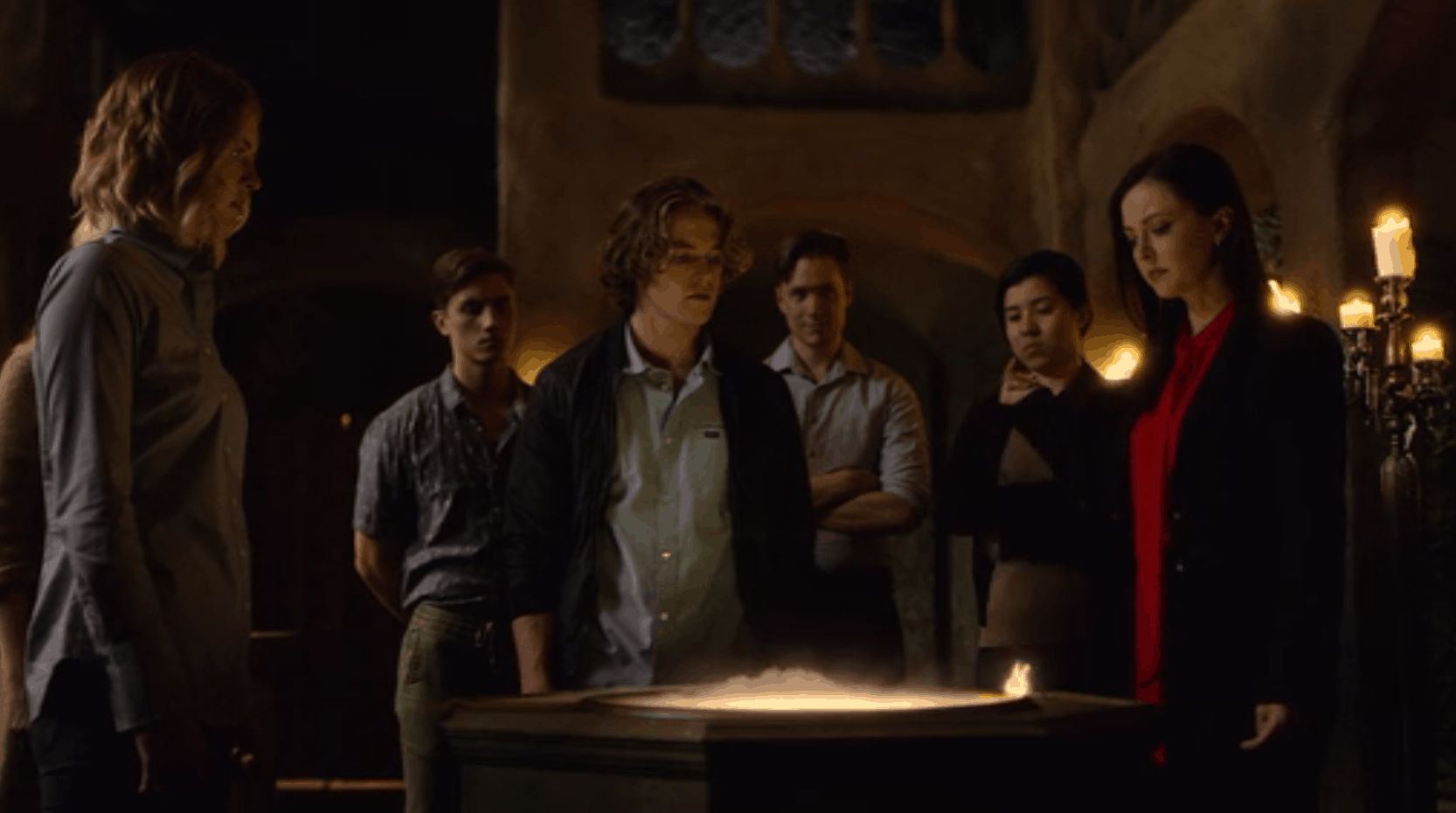 Getting into the Order isn’t Jack’s only challenge. There’s an enigmatic person or thing skulking about the campus killing pledges to the Order, and they’re not above doing it in broad daylight. Despite two murders and some classroom conversation about those deaths, the school administration doesn’t close down the campus at any point, though they do encourage students to go from place to place in groups. The Order, however, takes the matter seriously, and uses necromancy as a desperate measure to investigate the cause of the murders. 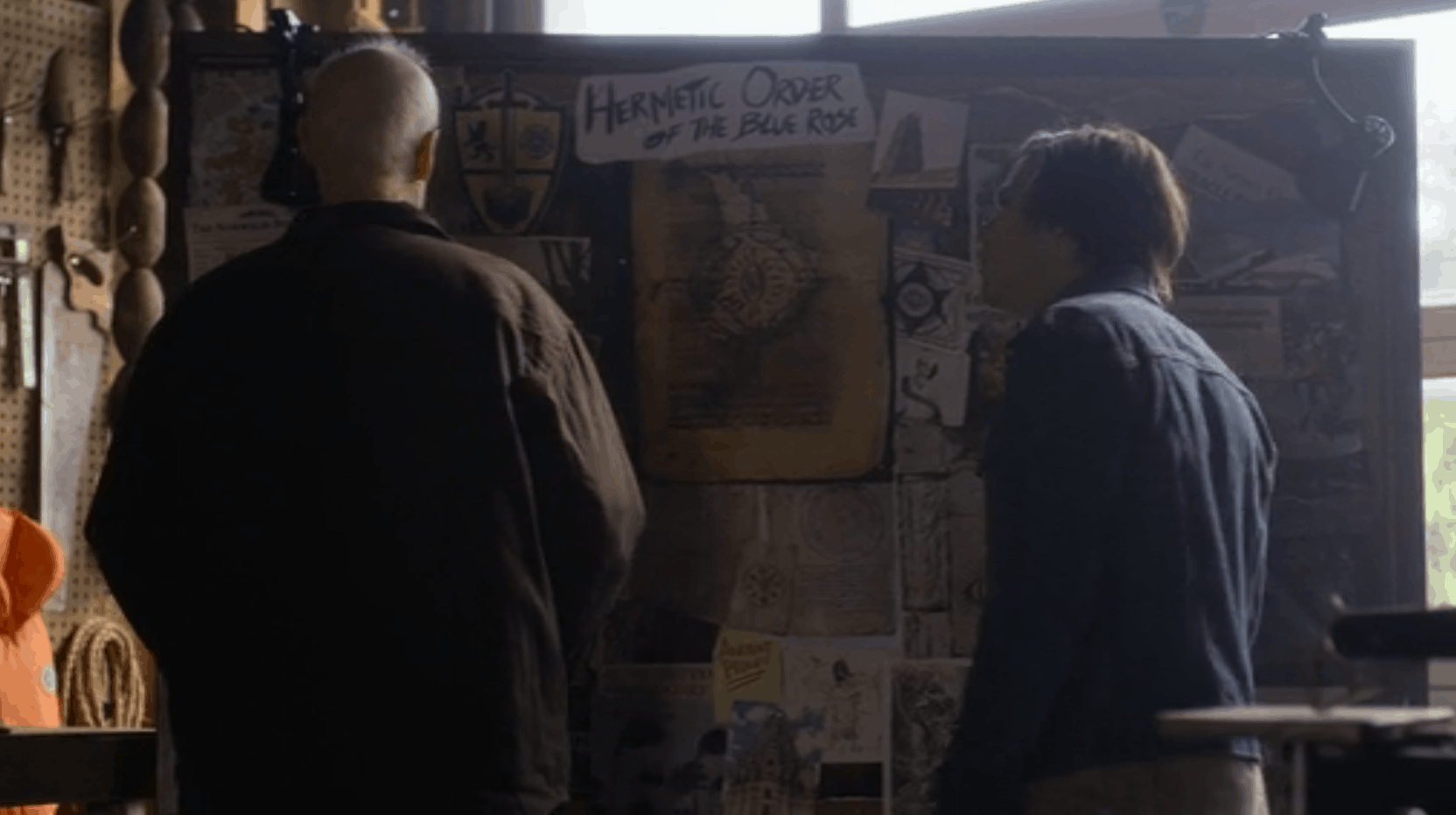 Having stumbled upon the Order practicing necromancy, Jack realizes that they deal in magic, something he never considered or believed in until then. This is also news to Jack’s grandfather, Pops (Max Headroom’s and Orphan Black’s Matt Frewer), the father of Jack’s mother, Chloe. Pops maintains a corkboard with articles, tacks, and strings about Jack’s father and the Order, and provides a supporting role for Jack while he conducts his investigation. Pops is far less concerned than Jack about the possibility of magic being real and the danger that Jack now finds himself in, which hints that he could be dangerously obsessed with their quest.

If Jack has magic using potential, he hasn’t displayed any of it yet. Other than necromancy, members of the order have shown the ability to appear and disappear, to do the same with small items, to wipe memories, use wards, keep nasty pets, and blow up gravestones. It’s not shown explicitly how they do all this, but on two occasions using blood or a body part helps to do the spell, so perhaps we’ll see that there is a cost to some magic. 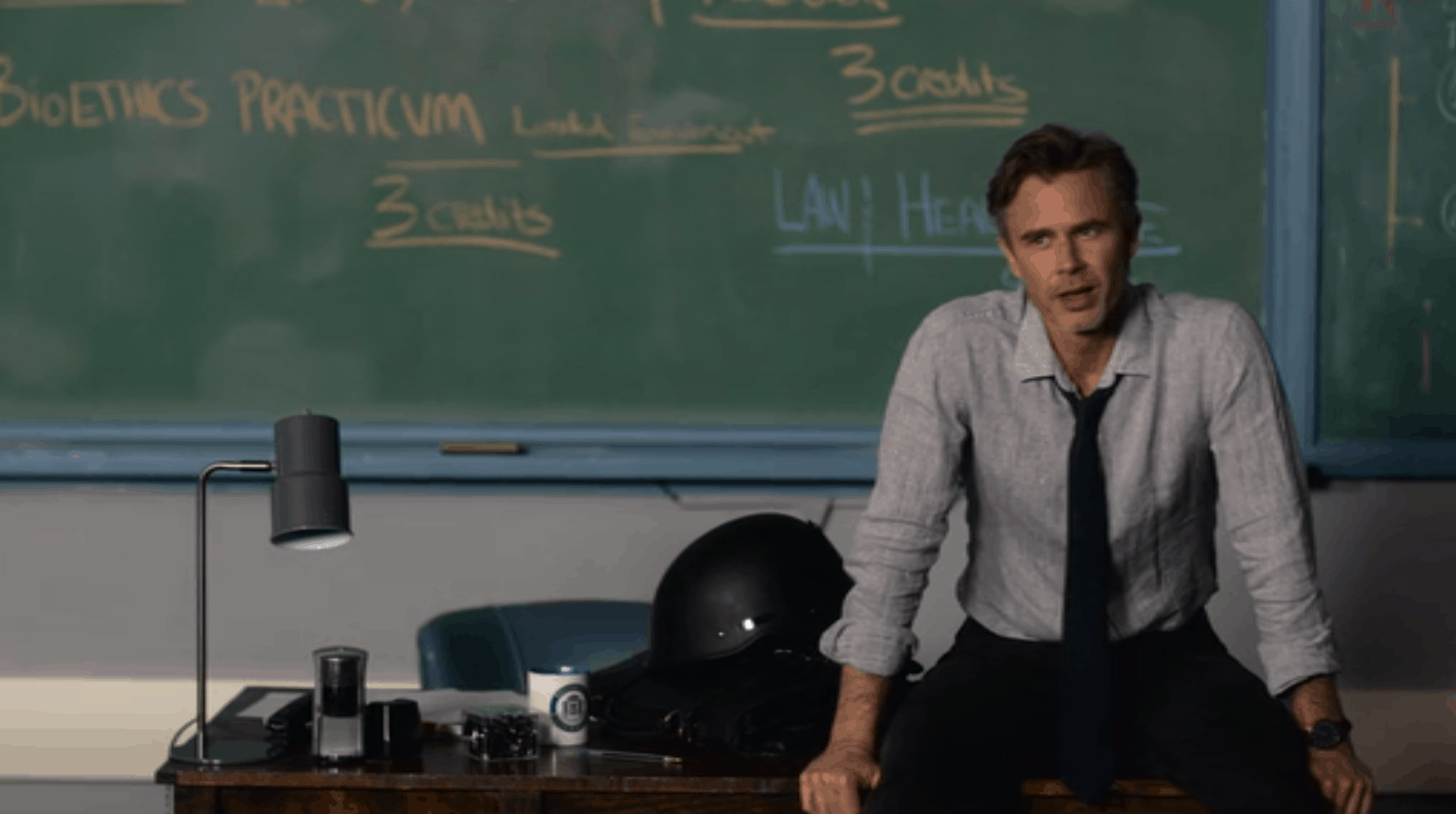 However, Belgrave isn’t Hogwarts. The only class in the first episode is Ethics, taught by Professor Eric Clarke (True Blood’s Sam Trammell), who has no regard whatsoever for the vanity of attention seekers. Professor Clarke is so far the most entertaining character in “The Order” and gives Jack opportunities to question himself and his approach to his problems. In addition to the ostensibly normal curriculum, most of the students at the school are ordinary and oblivious to what goes on behind the scenes at Belgrave.

The writing in this first episode is crummy, and it’s difficult to keep up with all the character introductions every other minute, but some cast members have managed to bring a bit of counterbalance to the show’s problems. Frewer and Trammell are hits, and if they’re given more of a role than they received in this episode, they could make “The Order” a guilty pleasure for some viewers. Jake Manley is charismatic and likeable, and he manages to create parity between Jack’s confidence and impressionability. The rest of the cast will however need more time for evaluation.

Shows should never be judged solely by their pilots, otherwise we may have never gotten to see “Star Trek: The Next Generation” and the “Dr. Who” reboot become what they were. However, as this is a two-parter, the pilot is still on-going, and it has a lot of ground to make up for. 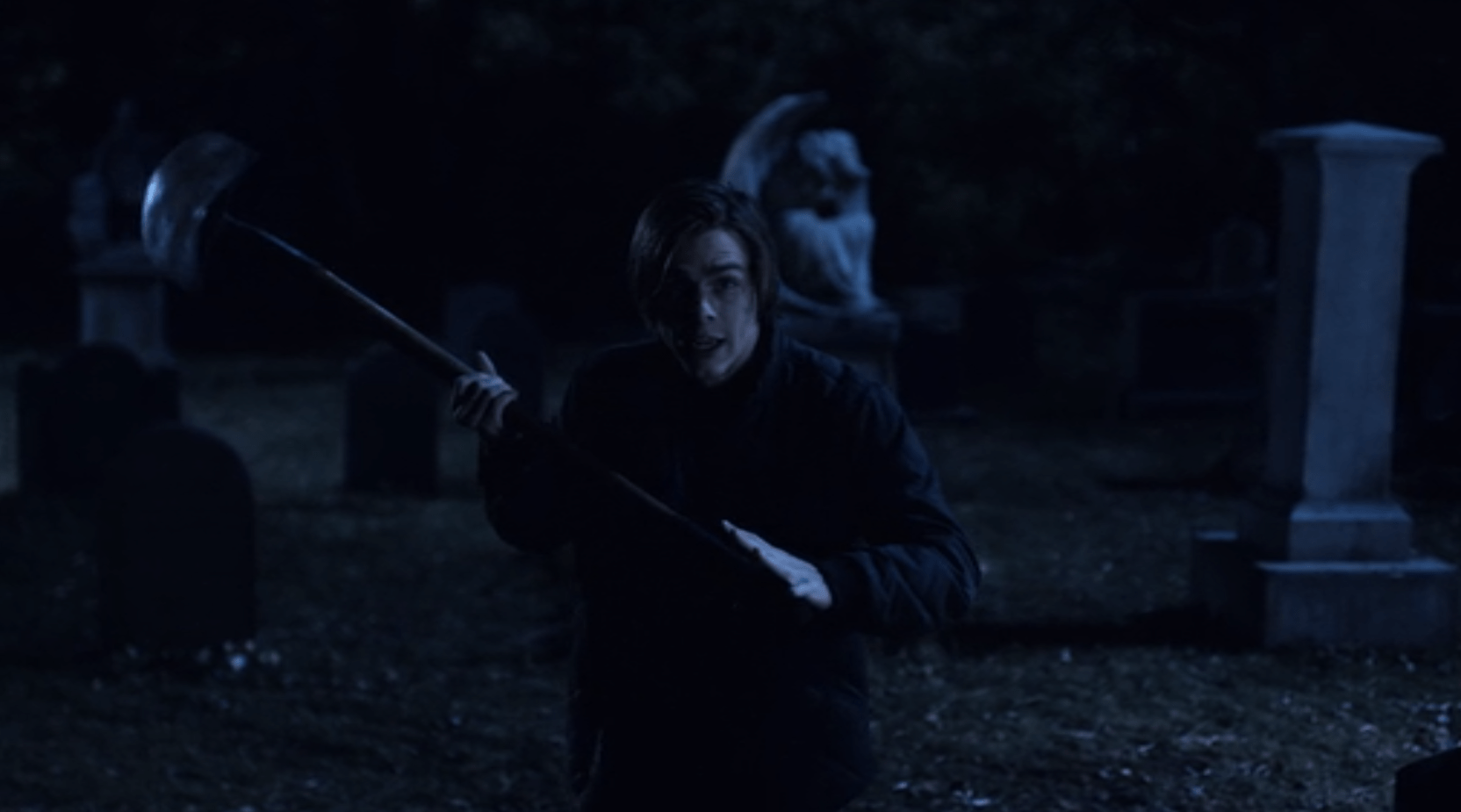