The Thing About Pam: A Twisted Suburban Dark Comedy

The Thing About Pam 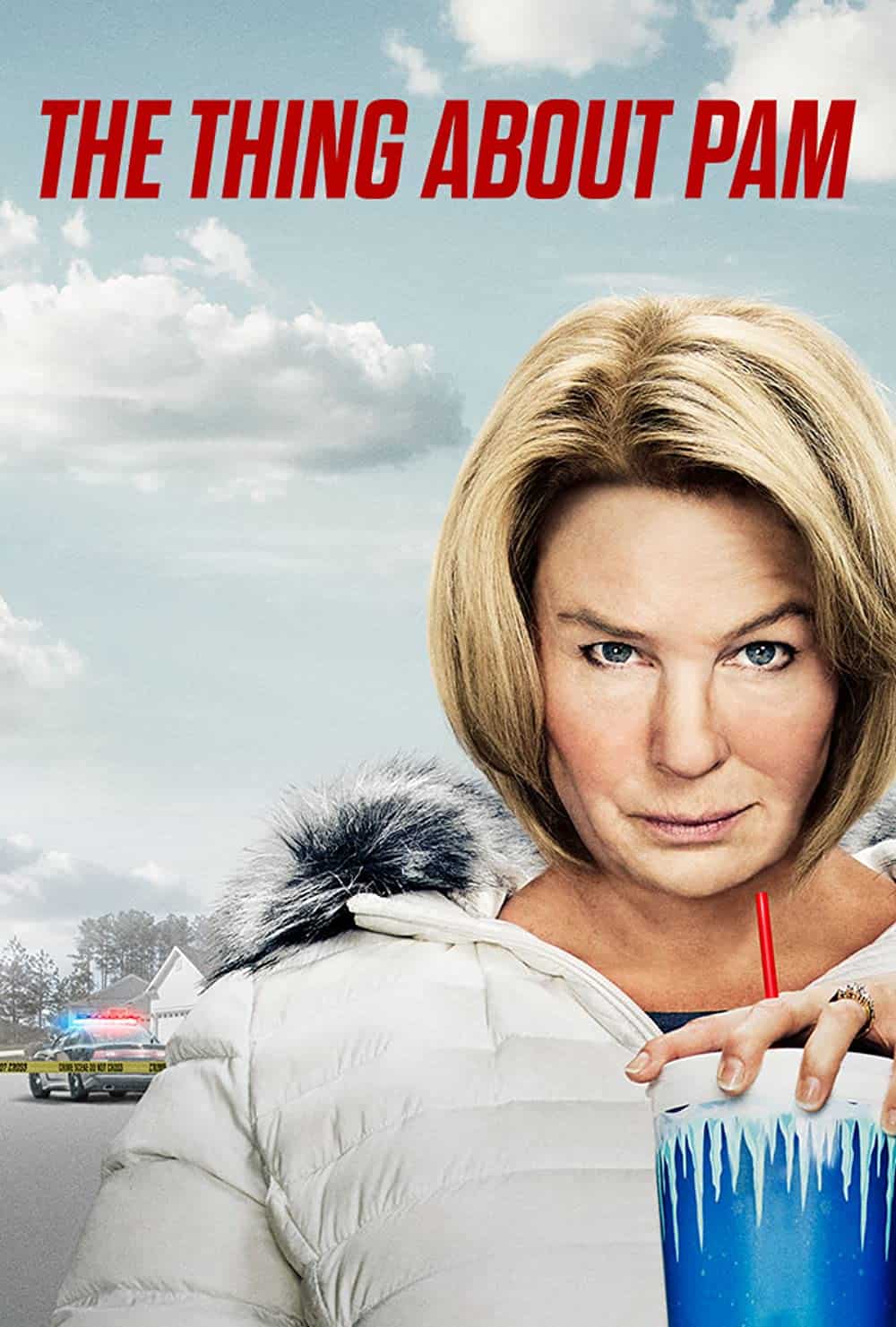 Based on a Dateline Podcast, the true twisted story of the Betsy Faria murder case.

Spoiler Level: Contains some spoilers for the first couple of episodes however, the show is based on a true crime which occurred 11 years ago.

True crime podcasts are very popular currently, so it is not strange that one would be made into a scripted television series, especially with a case as interesting as the Betsy Faria murder case.  In 2011, just after Christmas, Betsy Faria (Katy Mixon) was found stabbed to death by her husband, Russ (Glenn Fleshler), who initially thought it was a suicide, as Betsy was suffering from terminal cancer and had attempted suicide in the past. She was stabbed 54 times. The last person to see Betsy alive was her best friend, Pam Hupp (Renée Zellweger), a person who I can only describe as a compulsive liar.  Russ was immediately suspected and eventually arrested and convicted for her murder.  But…that is not where the story ends.  The case against Russ was a joke and his initial trial, headed by District Attorney Leah Askey, was not fair or impartial. After a retrial and Russ’ acquittal (spending three years in prison), the focus finally turned to Pam, and the web of lies that she gets caught in. 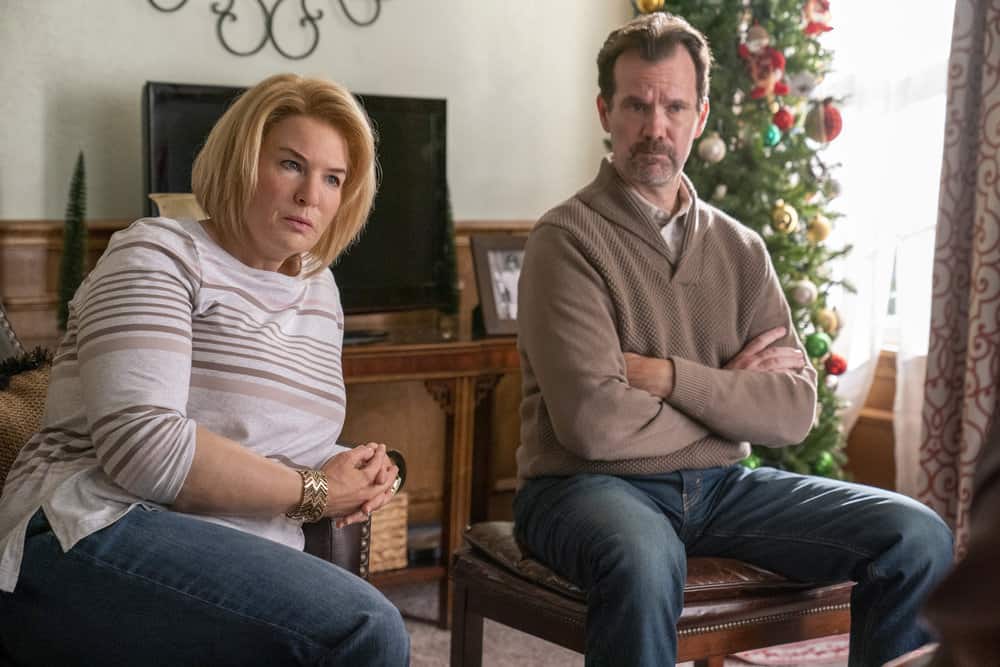 There are two types of mystery stories.  The “Who Dunnits”, where the fun is figuring out who the killer is by piecing together the clues, and the “How do we prove it” where you know who the killer is, but the entertainment comes in watching the detectives piece it all together.  The Thing About Pam is more of the latter, and it has to be, since it is based on a true story”.  “Who did it” is basically a known thing and has been retold through countless news stories, primarily Dateline, which plays a prominent role in the series.  So the fun comes from watching defense attorney Joel Schwartz (Josh Duhamel) overcome adversity and try to prove what he suspects. The performances in the series are spectacular in a way.  Steering away from reality, the characters are heightened and exaggerated.  There is not pretense that they are trying to make Pam a misunderstood victim of circumstances.  Renée Zellweger is transformed both by makeup and prosthetics and by acting ability.  For some, her performance may seem over the top, but I liked the grotesque dark comedic performances highlighting the incompetence of the prosecution team and law enforcement.  Some critics have chastised her performance as being shallow and playing too much to Midwest stereotypes, but I disagree.  In seeing videos of the real Pam Hupp, I believe Renée created a caricature of the true person whom we love to hate and so shallow and mean that it is almost comical.  Although I would classify the series as a Dark Comedy, there is an underlying drama that points at the failures in the American legal system that failed at even considering Pam as a suspect for so long and allowing Russ to be convicted and imprisoned for three years. The story and script are witty with a satirical faux-documentary style, including getting Dateline journalist, Keith Morrison, to provide the narration.  The pacing and rhythm is excellent and flowed nicely, and the music adds a bit of fun and whimsy to the storytelling.  There is a lot of negative press around the make-up and prosthetics worn by Renée.  I, personally, did not find it distracting or as awful as many have reported.  I felt that facial expressions were still clear and that the exaggeration of both weight, hair, and facial qualities were part of the caricature they were creating.  I do think the artists used too large a “fat suit” in comparison to the real Pam Hupp.  I am not opposed to an actor wearing a fat suit, if there is a true reason behind the decision, but this seemed a bit overboard. The Thing About Pam is a six episode mini-series which recently concluded on NBC. All episodes are available to stream on Hulu.

In the end, the story is fun to watch, but there is a queasy realization you get, when you realize this dark comedy is based on real events and that actual people died, wrongly spent time in prison and many lives were ruined.  There is a bit of guilt in enjoying something so grotesque and there were parts of the story that made me angry at the failings of our legal system.

The Thing About Pam: A Twisted Suburban Dark Comedy