The Walking Dead: The Show that Needs to Die 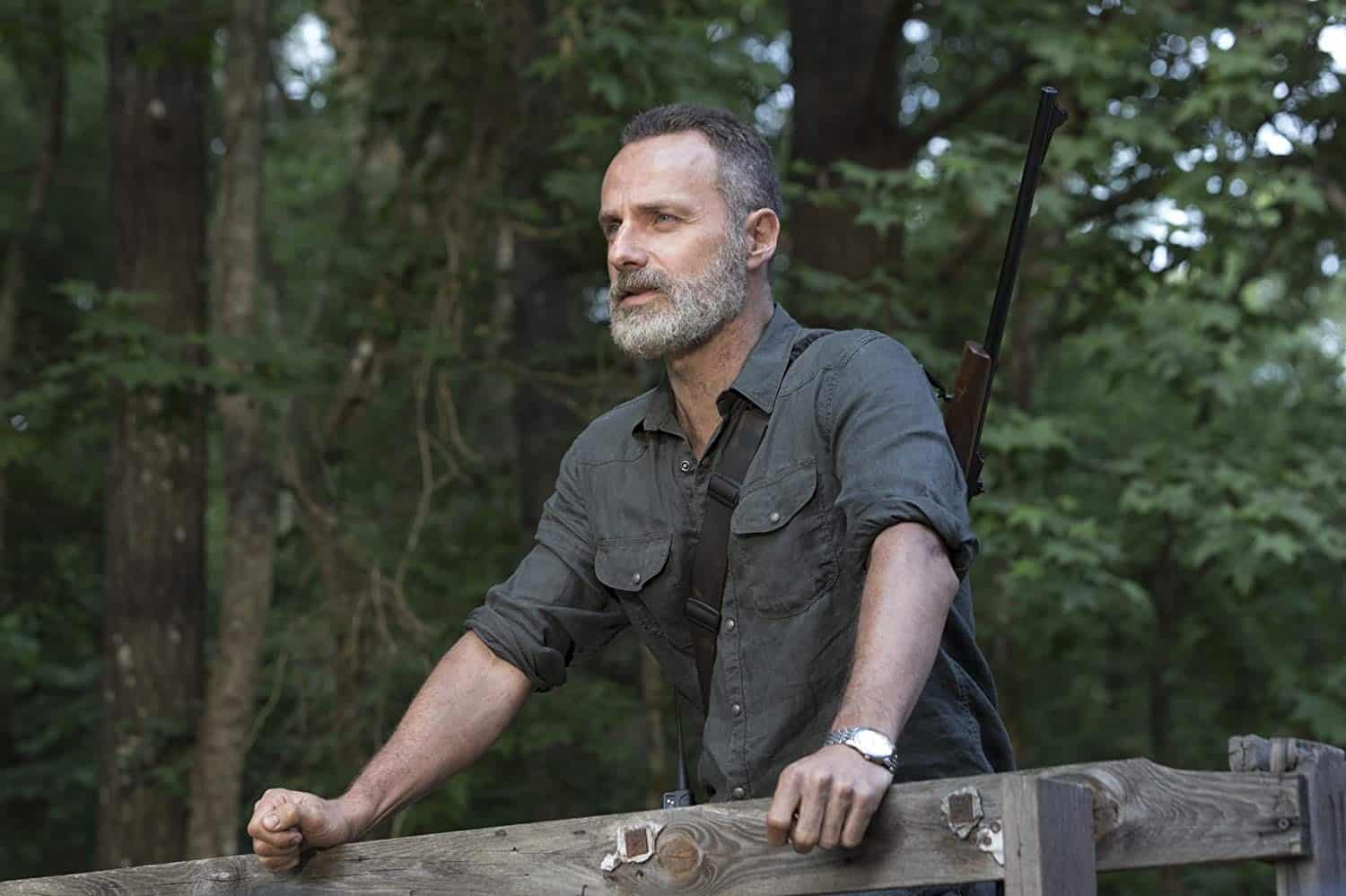 The Walking Dead has been a phenomenal show. When it came out in 2010, it’s level of special effects was unprecedented for a basic cable series. I remember watching the first episode expecting something more like a SyFy movie with a decent story but with bad acting and worse effects. I, along with the rest of the world it seems, was pleasantly surprised. The Walking Dead quickly became one of the most watched cable series ever. Now, though, with so many of the show’s primary actors already gone or preparing to leave, it’s time to let the post-apocalyptic show about zombies die.

Originally, The Walking Dead started as a comic book. AMC turned it into the hit TV series everyone knows and loves. At the beginning, the show followed Rick Grimes, a policeman waking up from a coma to a world infested with zombies. He, his family, and their motley crew of survivors struggled week to week against “walkers” otherwise known as zombies. The worse threat, typically, were other humans.

The Governor. The Wolves. Negan.

These villains of the show had back stories similar to Rick’s, in which they banded together with other people to survive. Unlike Rick, they were more megalomaniacal. The Governor wanted Rick’s people to join or die. The Wolves were just crazy and thought everyone should die. 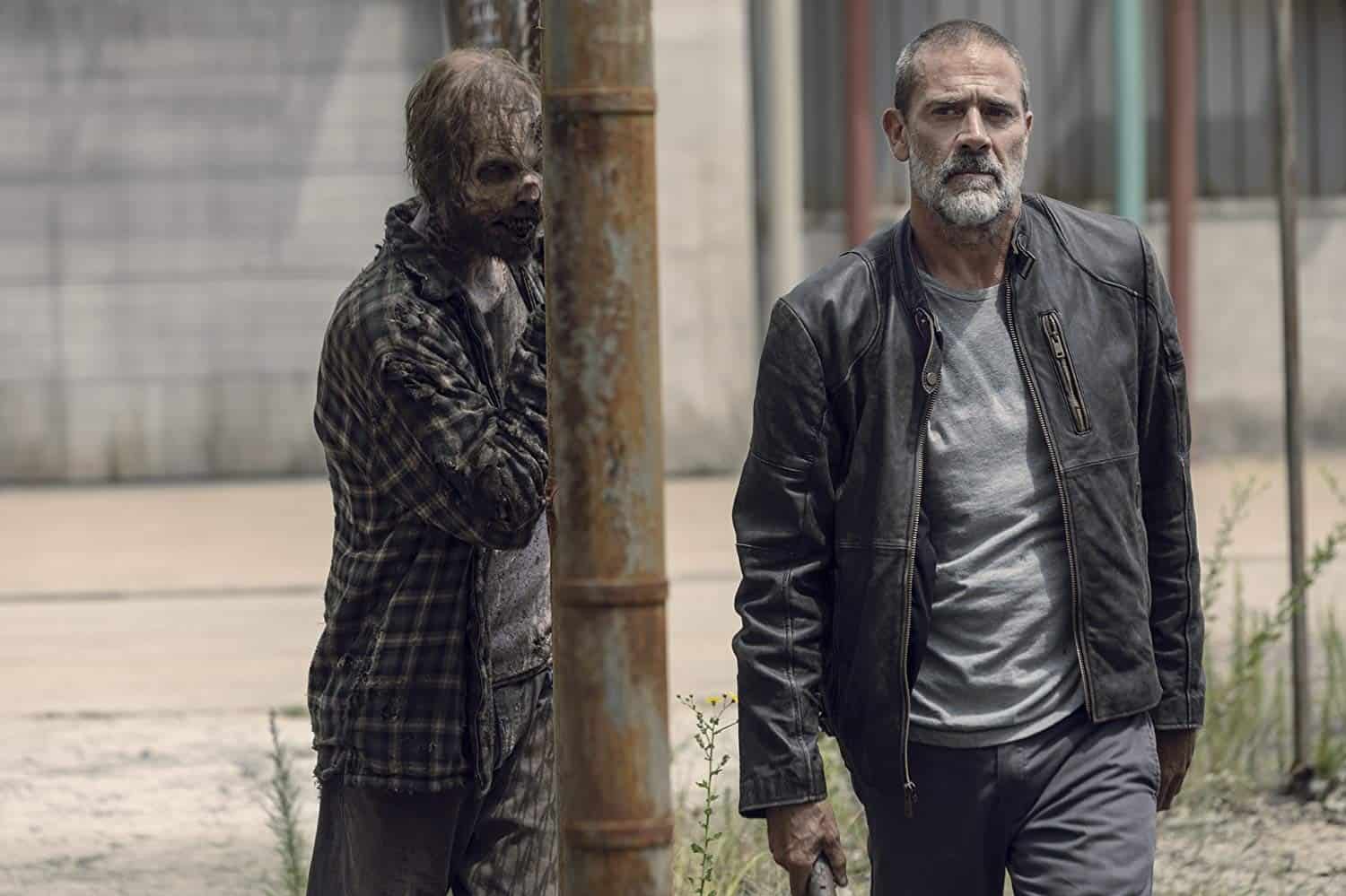 Negan is where things got more interesting, in my opinion. While Rick’s people are a team and contribute to one another, Negan acted more like a mafia. He had people produce their goods and then send up portions of their things to his group for protection. Otherwise, however, I see Negan and Rick as very similar. We, as audience members, were “with” Rick more during the Rick vs Negan saga only because we had followed him for years. If we’d started out with Negan, I think we’d have thought Rick was the bad guy. Rick had his people kill many of Negan’s unprovoked. Negan killed two of Rick’s men in response. Granted, he did so very violently which was shown very graphically, but at the end of the day, Rick had been the attacker. Not Negan. Often, Rick seemed to just fight with people who seemed as if they could usurp his authority, even threatening Abraham at one point.

Now, at this year’s San Diego Comic Con, Danai Gurira announced she’d be leaving her role of Michonne this season. 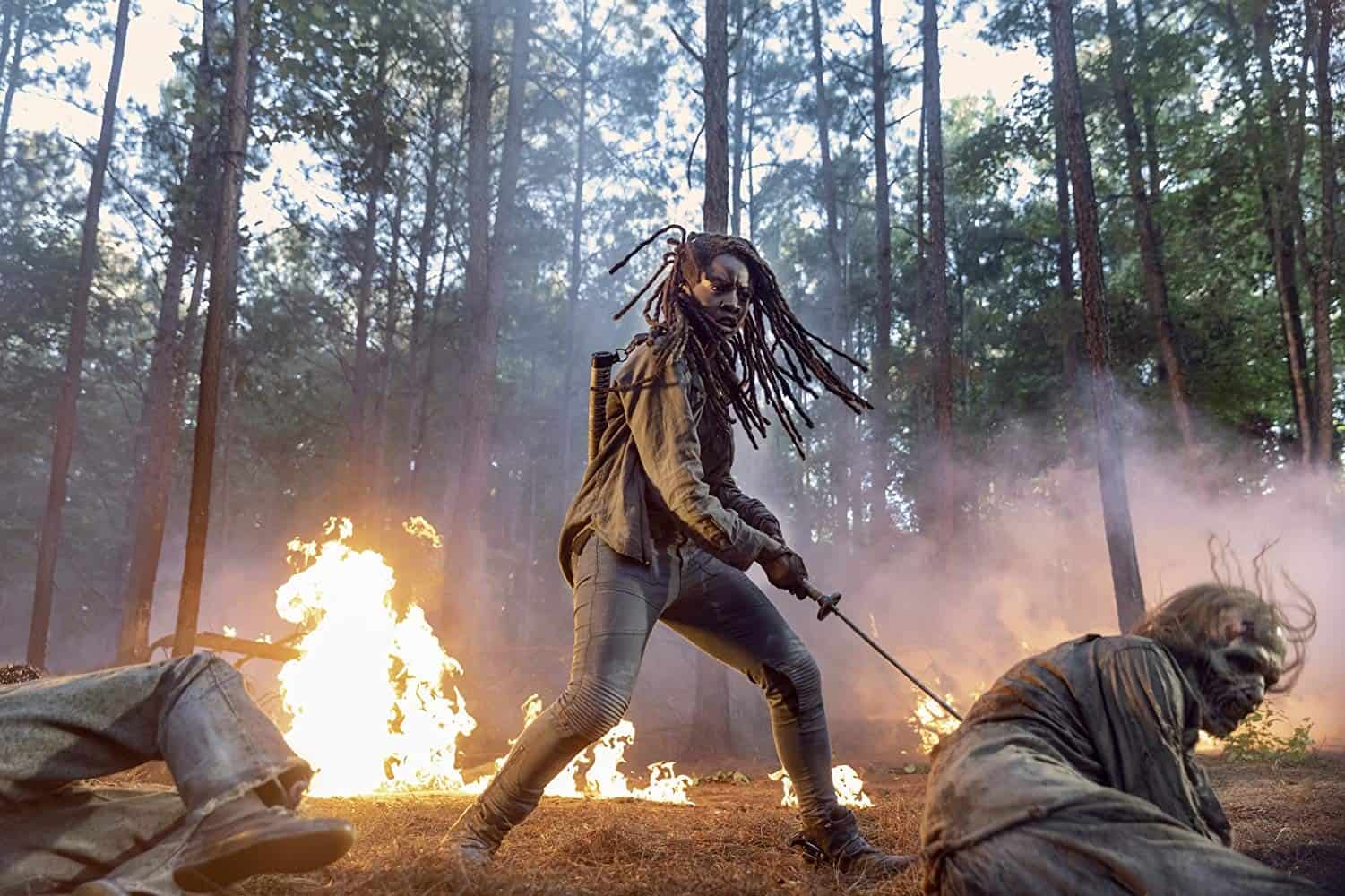 From the beginning of the series, Norman Reedus, playing Daryl in the show became a fan favorite. Even though he was the one big character of the show that didn’t exist in the comics, people clamored for him.

“If Daryl dies, we riot!” became a well known quote about the show. There were even shirts made.

However, with Michonne leaving, Daryl is one of only two main characters left from season one on the show. He and Carol are all that’s left. They have been amazing characters throughout the series and, personally, have been my favorite. However, neither character is the leadership type. While they’ve each had captivating storylines over the years, their characters aren’t going to be the leaders, the main characters.

Season 9 struggled a bit with the loss of THE main character, Rick. Maggie, who had been around since season 2 also left a huge void. The characters were all split up. People did things that lacked logic. Michonne, for example, took on the gruff, heartless role left by Rick’s character and wouldn’t let newcomers into her camp, Alexandria. Meanwhile, she felt it was perfectly ok to send these same newcomers to Hilltop, Maggie’s camp. No explanation was really given why it would be OK for the untrustworthy newcomers to be allowed at one camp but not the other. 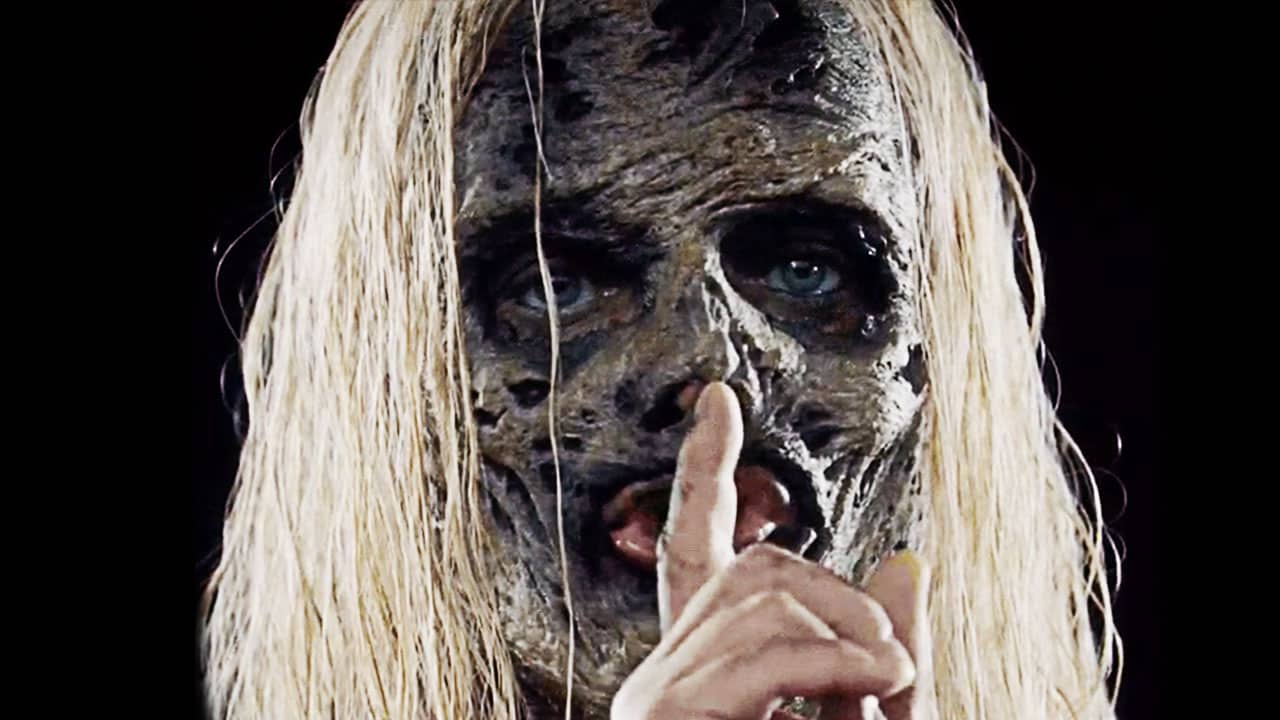 Even though other main characters have entered the show in recent years, including Ezekiel and the aforementioned Negan, the loss of Andrew Lincoln’s Rick Grimes killed the show. Add in the dispersal of the remaining characters, the season felt off. Instead, then, season 9 focused more the new villains of the show, the Whisperers. Since these were crazy people who dress with the faces of the dead to pass as zombies, I admit, it was pretty interesting.

However, Michonne is now leaving as well.

There’s pretty much no one left except Daryl, Carol, Ezekiel, and Negan. All are wonderful characters, but never having been the central character, they feel out of place to be all that’s left. 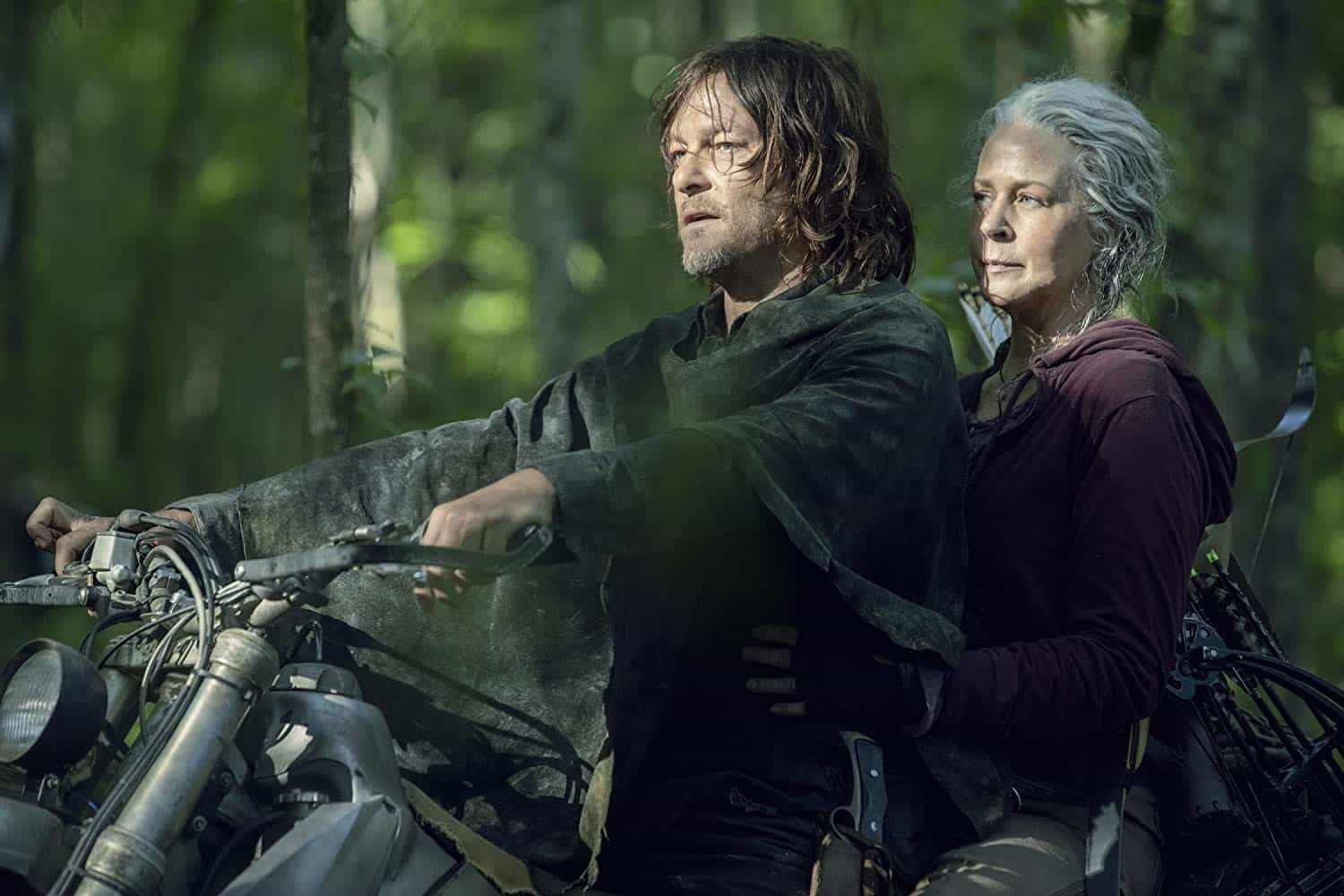 As great as the show has been, as much as fans love it, as much as AMC needs the show’s ratings, it’s time to let it die. In 2010, The Walking Dead barreled onto the scene and was amazing. When you can’t keep your cast members, though, it’s time to call the show's  time of death. Last year, the show limped along like its titular characters. AMC needs to let it end with whatever grace it has left with so few remaining "main" characters.

The Walking Dead: The Show that Needs to Die