Titans: Back in Action 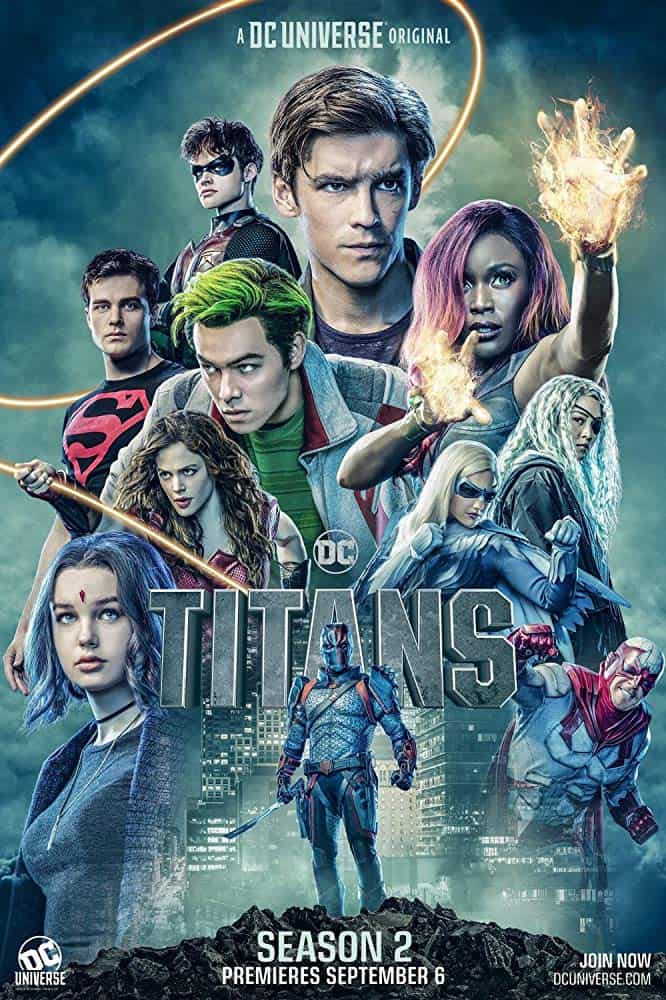 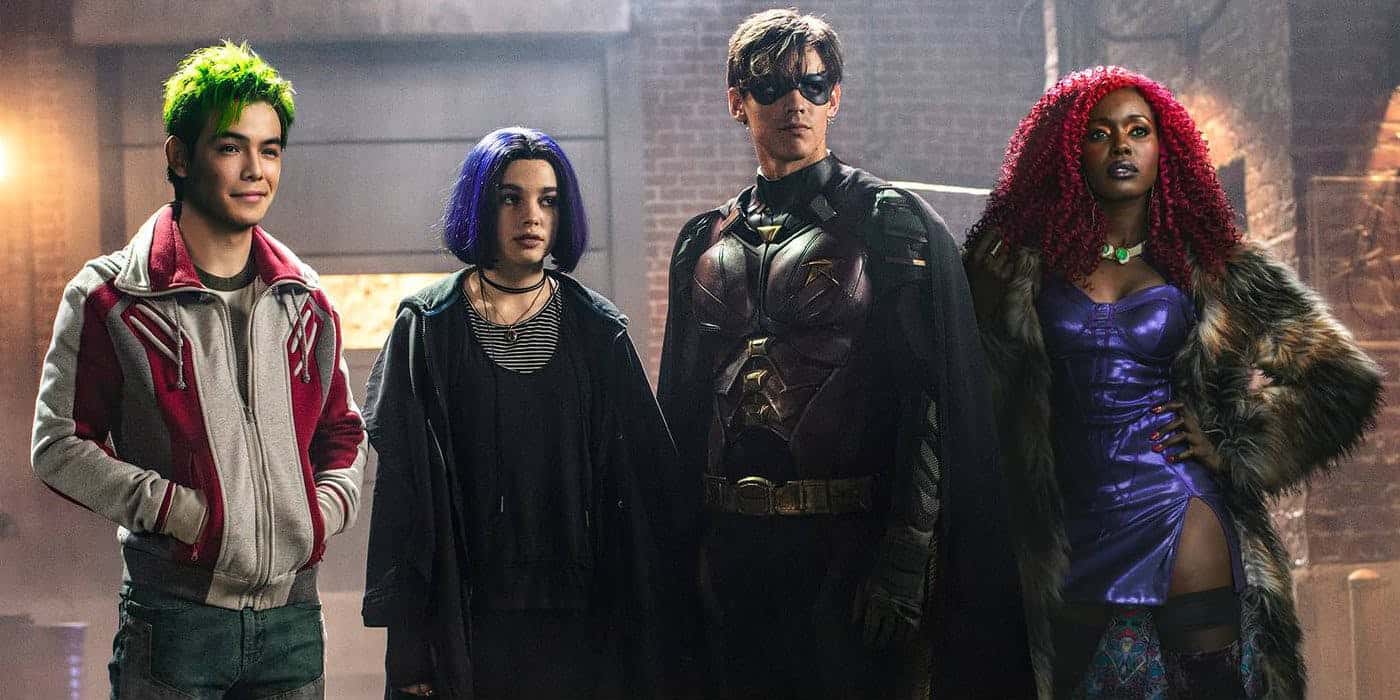 Having left us with a Trigon cliffhanger last year, Titans season 2 starts off quickly, and in doing so, immediately corrects some of the issues from the first season.

Season 1 of Titans continued along a trend where many comic book shows and movies seem to have the need to have a hard R rating. Comic books aren’t just for kids, I get it. They never have been. However, kids do like them and would surely enjoy the movies and shows. So, why eliminate that possibility with an F bomb thrown every few seconds? After all, this show stars Robin, the Boy Wonder. 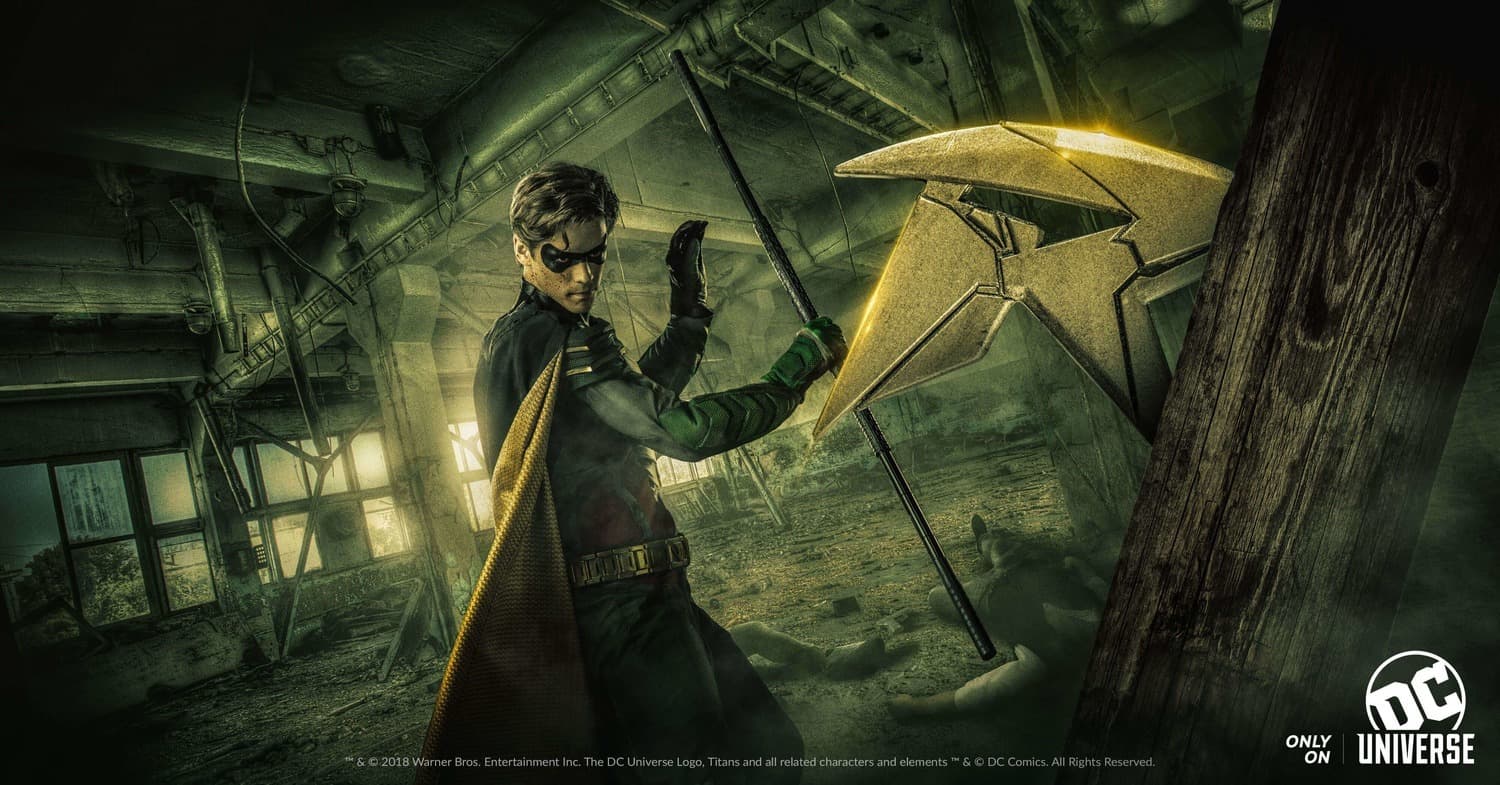 I know Deadpool fans will eviscerate me for this, but the only reason Deadpool “needed” the R rating was for the violence for which Deadpool is known. It isn’t due to his sense of humor, that plays well in the comics and isn’t extremely language-filled. The nude scenes of the movie were definitely unnecessary. Except where he fought without clothes, that was hilarious. That being said, Deadpool cemented a trend that had only started prior to its release, hard R comics shows and movies.

The DCUniverse shows seem to revel in hard R territory. In the first season of Titans, the issue honestly wasn’t as noticeable to me because Titans did it so much less so than Doom Patrol. Doom Patrol, on the other hand, got to the point where the language was so overused, it just took me out of the story. I stopped watching.

Beyond the language, Titans is an entertaining show. The fight choreography is exciting, and you don’t feel like you’re watching actual choreography while it’s happening, as I most often do during fight scenes on Arrow. The characters are also interesting, and it’s fun to watch them interact with each other, grow close to one another, and even joke and make fun of each other. 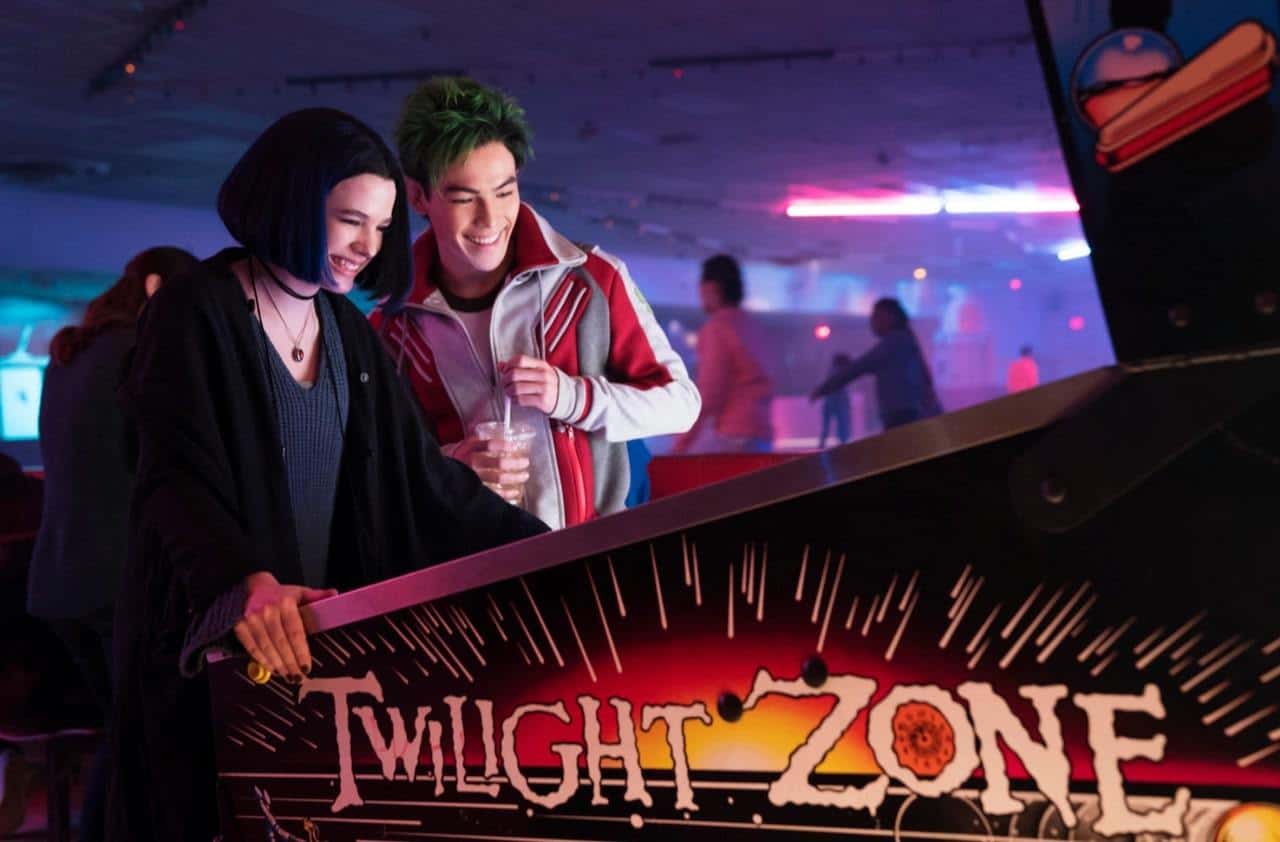 Season 1 slowly developed its main four characters, Dick Grayson as Robin, Starfire, Beast Boy, and Raven. I liked that the show runners took the time for character development but wasn’t happy that they only had the four primary characters. The episodes that included Hawk, Dove, Donna Troy, and Jason Todd stood out as better to me, since there was more of a team.

Luckily, that issue seems to have corrected itself as the latter four characters were added to the promotional poster of season 2 along with Superboy. Clearly, through the cartoons Teen Titans and Teen Titans Go, the team roster has become known as Robin, Starfire, Beast Boy, Raven, and Cyborg. With Cyborg a main character on Doom Patrol, instead, this show went with the remaining four. However, when Teen Titans first debuted as a comic book, the roster was made up of famous hero sidekicks, Robin, Wonder Girl, Speedy, Kid Flash, and Aqualad. Over the years, they’ve added other mainstays such as Starfire, Cyborg, Beast Boy, Raven, Hawk, Dove, and others. It’s good to see, then, that season 2 is expanding the group to more characters.

Another issue I had with season 1 was that much of the season focused on B-team villains, like The Nuclear Family. I compared this to 2011’s Green Lantern. The Green Lantern movie and Titans season 1 had good things about them, but both would have greatly benefited from starting with a more enjoyable or established villain. Green Lantern went with too much focus on Hector Hammond who is, quite frankly, a boring character. The correlation here is that The Nuclear Family were unknowns and came across as strange and boring. 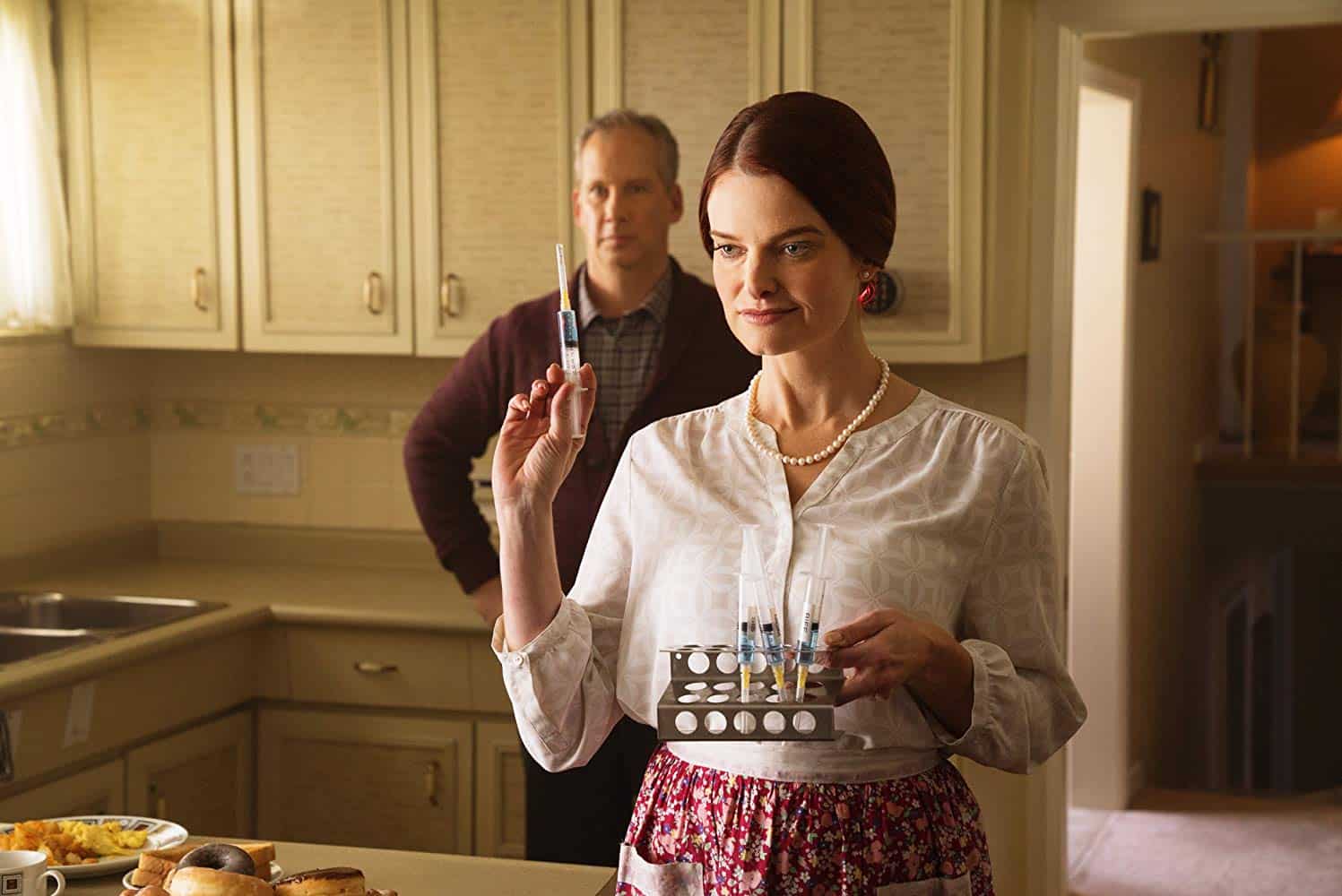 Titans may not have the legion of villains that Batman does, but they have enough that season 1 could have started with someone more recognizable. Deathstroke, Trigon, Doctor Light, Brother Blood, the Hive, the Fearsome Five, there are plenty of better known bad guys from which to choose. Granted, Trigon showed up at the end of the season, so that helped.

With Trigon in the cliffhanger of season 1, the first episode of season 2 already has corrected the issue of lackluster villains. I worry, though, with how quickly he was dispatched. For a show that focused so much time on characterization of our heroes, I’d expect a story arc to develop around such a big villain instead of a 2-episode appearance and disappearance. Presumably, however, he’ll be back. Before episode’s end, the show runners reinforce the belief that viewers won’t languish with unknown villains this season, Deathstroke showed up. 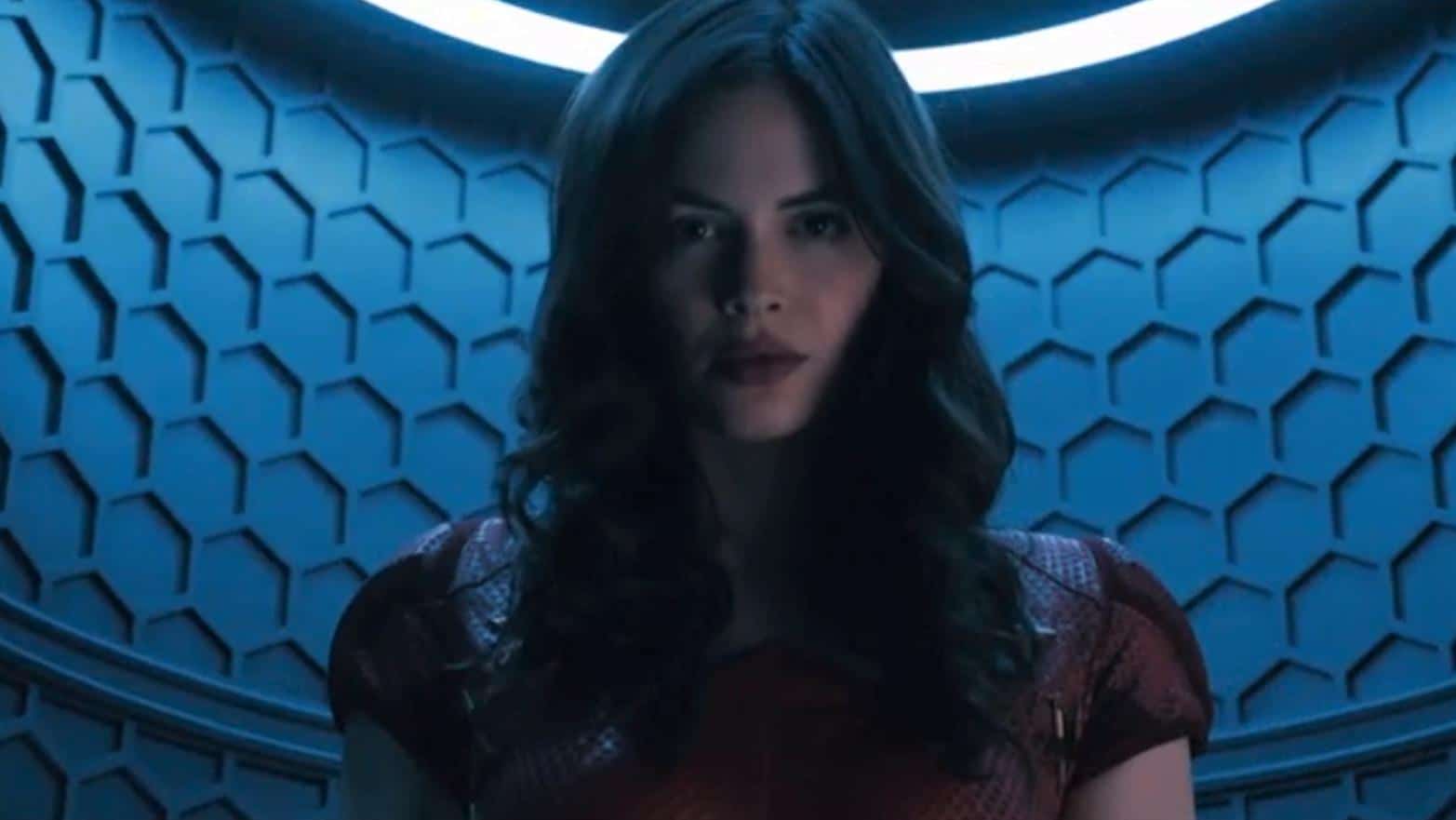 Season 1 was good, but it had issues. While the unnecessary lean to “hard R” is still prevalent with season 2’s opener, the show runners seem to have corrected the other huge issues of too few heroes and unknown villains. The end result was a definite improvement.

Titans: Back in Action