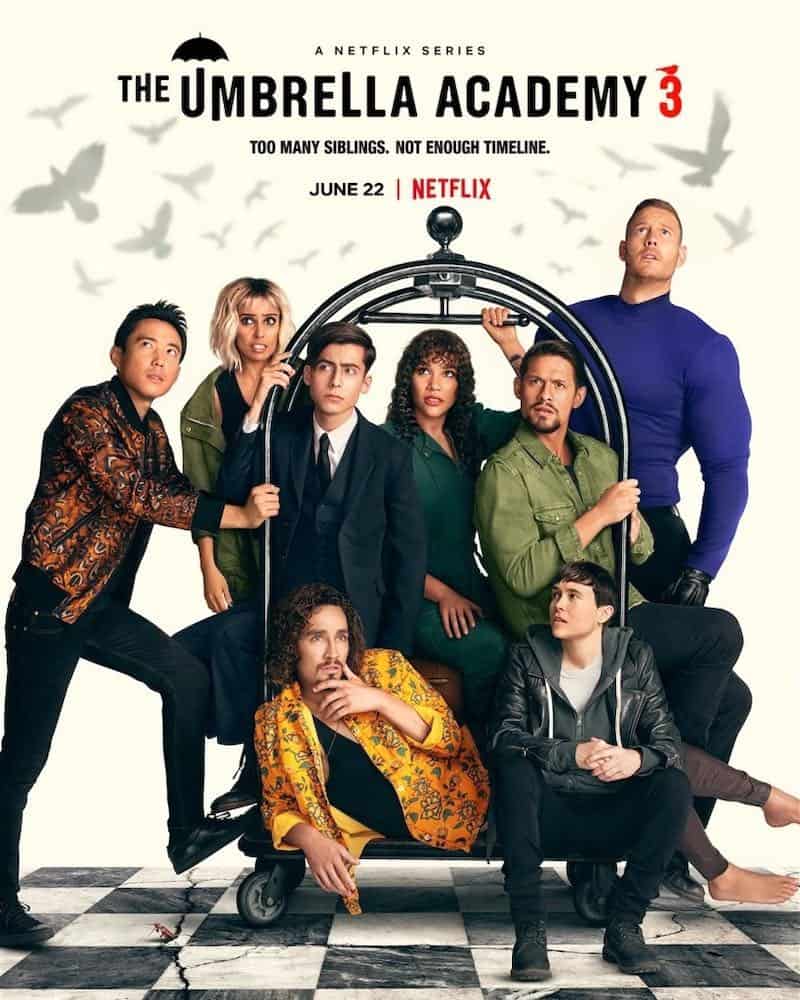 Umbrella Academy Season Three picks up right where Season Two left us. (To be more precise, it picks up with a flashback and then a few minutes before where Season Two ended.) The six surviving Umbrella Academy siblings, Luthor(Tom Hopper), Diego(David Castaneda), Allison (Emmy Raver-Lampman), Klaus(Robert Sheehan, Five(Aidan Gallagher), and Viktor(Elliot Page), have arrived back home after averting their second apocalypse. Only it is no longer their home and no longer the Umbrella Academy. It is now the Sparrow Academy, fully staffed with a mostly new batch of heroes. The only familiar face is that of Ben, their sibling who died years before the start of Season One and then sacrificed their existence as a ghost in Season Two. 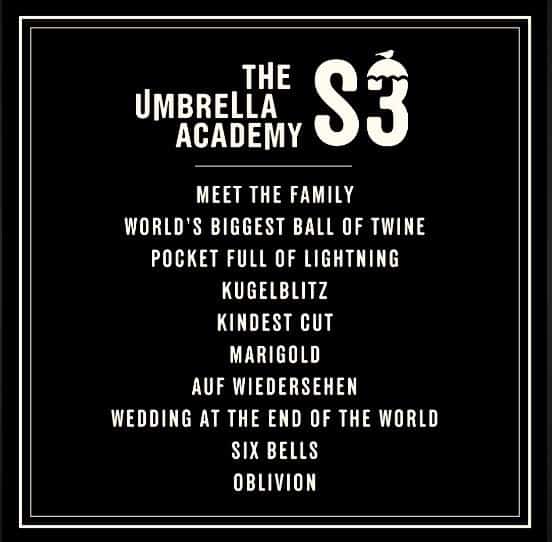 The new season delivers what one could expect after the past two. There are some action-packed scenes, an apocalypse to stop, dysfunctional family bonding, and even the obligatory Umbrella Acadamy dance scene. And while the seven initial Hargrave siblings and their family relationships remain the season’s focus, the addition of new characters opened up more possibilities.

Lila Pitts(Ritu Arya) proves that keeping her character around after her Season Two introduction was the smart choice. Lila fits in with the rest of the family, particularly when she shares the screen with Diego and Five. The addition of Stanley(Javon Walton) pushes Diego’s plot forward, driven by how well the two actors played off each other. Unfortunately, the Sparrows did not land as well.

Bringing six new characters (seven counting a brand new version of Ben) and placing them against the quirky original Hargrave siblings three seasons in was a tall order. The character designs were intriguing on their own, as they boasted powers more unique than the originals, with each character supporting their own aesthetic, including a literal cube. With the costuming for Fei Hargreeves, aka Number Three(Britne Oldford), deserving specific note. However, in terms of personality, most felt two-dimensional in a way that bled together to be generically “the bad guys.” This is more jarring when placed against the antagonists of the first two seasons. 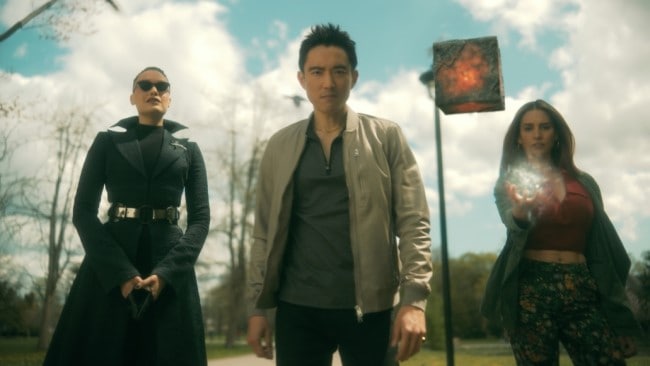 Fei on the left serving impeccable looks joined by a grumpy Ben, Christopher the cube, and Sloane

Also unique to this season was the story of Viktor. Following Elliot Page coming out, Netflix and the Umbrella Academy creators stated their support and continued partnership with Elliot. While many fans wondered how this would present in the show’s third season, it was announced at the end of March that Elliot would now be playing Viktor. In the show’s context, the transition was treated with care while not making a plot point of it. In the second episode, after events sparked him to think more on his identity, Viktor took steps to make his presentation match who he is. The reactions varied among the characters but remained respectful and heartfelt. Yet, it wasn’t just the scenes of discovery that delivered affirmation to Viktor and the audience but the seamless acceptance of the siblings for the remainder of the season. 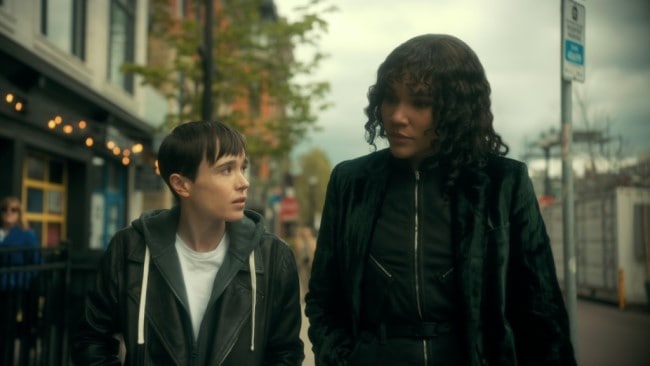 Each of the siblings is given their own plotline and development to various success. The shining star is Allison as she is forced to cope with the compacted trauma of everything she lost fighting off the apocalypses and living as a Black woman in the 60s. The performace by Raver-Lampman heart-wrenchingly delivered Allison’s pain, anger, and grief. The character beats strayed close to comic book tropes at times but were written as a character progression that felt real.

The glaring stain on Allison’s arc this season, and the season as a whole, came in episode 5 when she used her power to remove a character’s consent to force him to kiss her after being turned down. There were no repercussions for this action, which was never explicitly mentioned or addressed again. She showed no remorse for it, with her distress afterward framed the same as that stemming from her trauma and grief. The scene seemed to serve the purpose of showing one more thing Allison lost by her not having an expected romantic partner, rather than a moral rock bottom and something she did wrong.

Umbrella Academy Season Three hits all the points that made the first two seasons shine. It blends Viktor’s story and identity seamlessly and respectfully with the wacky world-saving antics of the Hargreeves siblings.