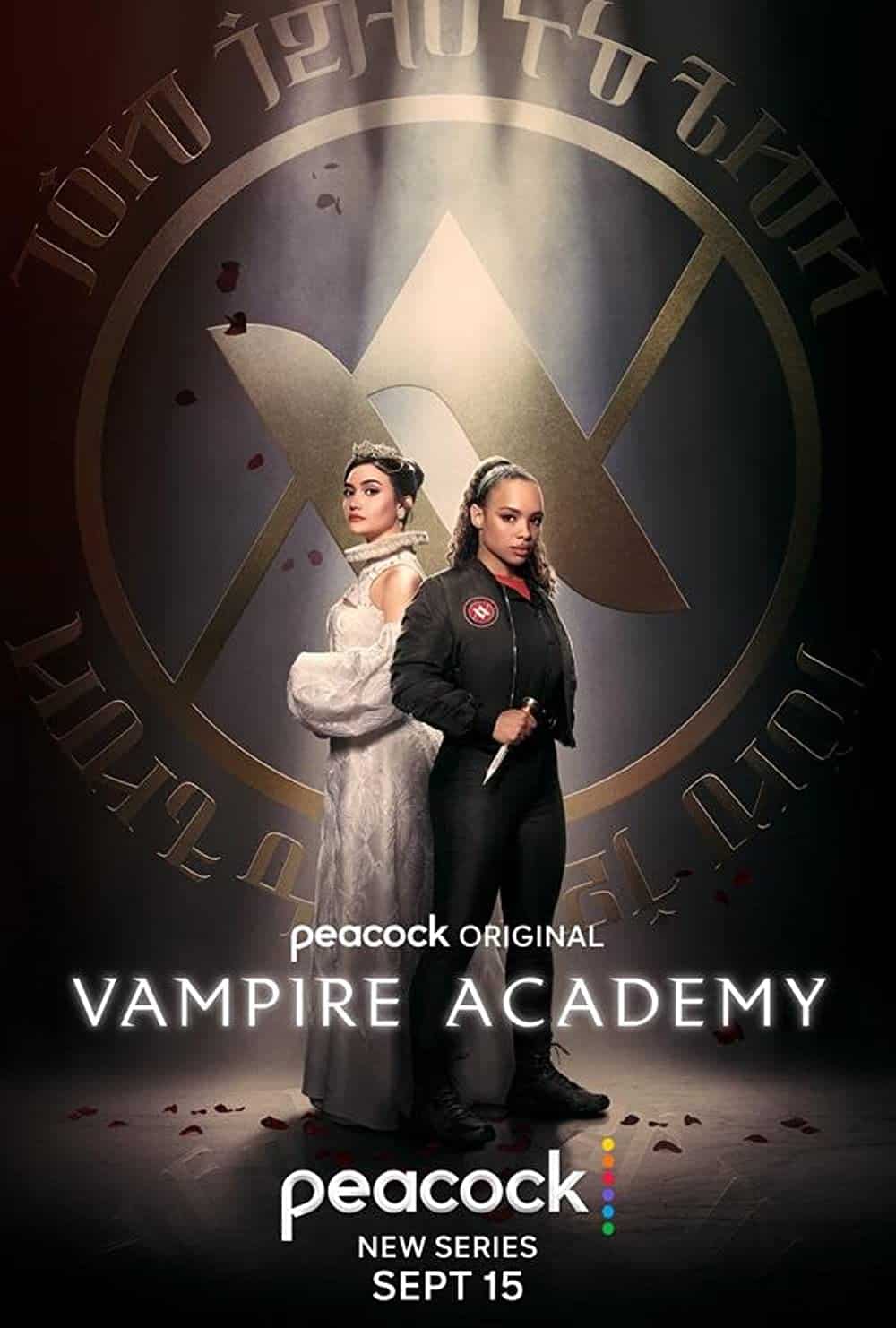 Two vampire friends are thrown into chaos, when a family tragedy changes their lives forever.

Vampire Academy is yet another YA (Young Adult) book series that has been adapted to Television (and a 2014 Movie that we are not going to talk about).  The world it takes place in, is entirely inhabited by vampires, but they did exist with humans at some point in time.  There are three classes within this society.  The Moroi are the royal and noble ruling class, they make the rules.  They drink blood, without killing and avoid sunlight.  Sworn to protect the Moroi are the Dhampir, vampire-human hybrids.  They are fierce warriors with enhanced fighting abilities. And finally, the outcast Strigoi.  Wild feral vampires that kill their prey.  They are the enemies of the Moroi and Dhampir.  Within this framework are two long time friends, Lissa Dragomir (Daniela Nieves), a Moroi and Rose Hathaway (Sisi Stringer) a Dhampir in training.  Lissa’s brother was expected to become the next King, but when unexpected tragedy occurs, Lissa’s and Rose’s lives become a lot more complicated. I have only had time to screen the first episode of the series, but Peacock released the first four all at once, which was probably a smart move.  The plot of the series is intricately complex with a lot of exposition and background that the audience needs to absorb so as to not feel lost. Just within the first episode, there is romance, action, adventure, fighting, political intrigue, humor, and tragedy.  The pilot plants the seeds for a lot of different plot points to sprout and grow, giving the audience just enough to know who is who and what is what, but to also keep us guessing and wanting more. I was pleasantly surprised at how smooth the episode seemed to flow and still cram in as much as it did.  The pacing of the episode is fast but felt natural. I fear there maybe a downside in attempting to fit the full complexity of this world into a ten-episode first season. We may lose some of the dimensional aspects to the characters and the plot and possibly diminish the connection an audience member could make with the show.  Where I really enjoyed the first episode, I fear that the current quality may not be sustainable and as the series progresses the intricate details that could make this an amazing program, may get lost in overly complicated plot points sacrificing character development. I will just have to watch more episodes to see if it can keep the pace it has set in the pilot without sacrificing quality and audience comprehension. The technical aspects of the show are quite well done.  The setting is a great representation of one of the major themes, with the old crumbling established buildings, being highlighted, and augmented with modern neon aspects.  The caste system represented is interesting and there seems to be a tug of war between societal change and the status quo, which is directly reflected in the set design.  The actors were all quite good, and there wasn’t a character I immediately disliked, giving credit to the cast for being able to make a connection in a very brief amount of time.  The music opted mainly to use existing pop songs to highlight the scenes, and seeing as the target audience is probably a lot younger than me, I can see where this is probably a good choice, though I prefer originally composed songs over trying to fit existing music into a scene.

I was surprised how much I enjoyed the first episode.  There is a lot that this series has going for it.  A good cast and an intriguing story, with room for a lot of twists and turns.  I am concerned that the series will not be able to keep up the frenetic pacing and complex story, without losing some of its audience members.