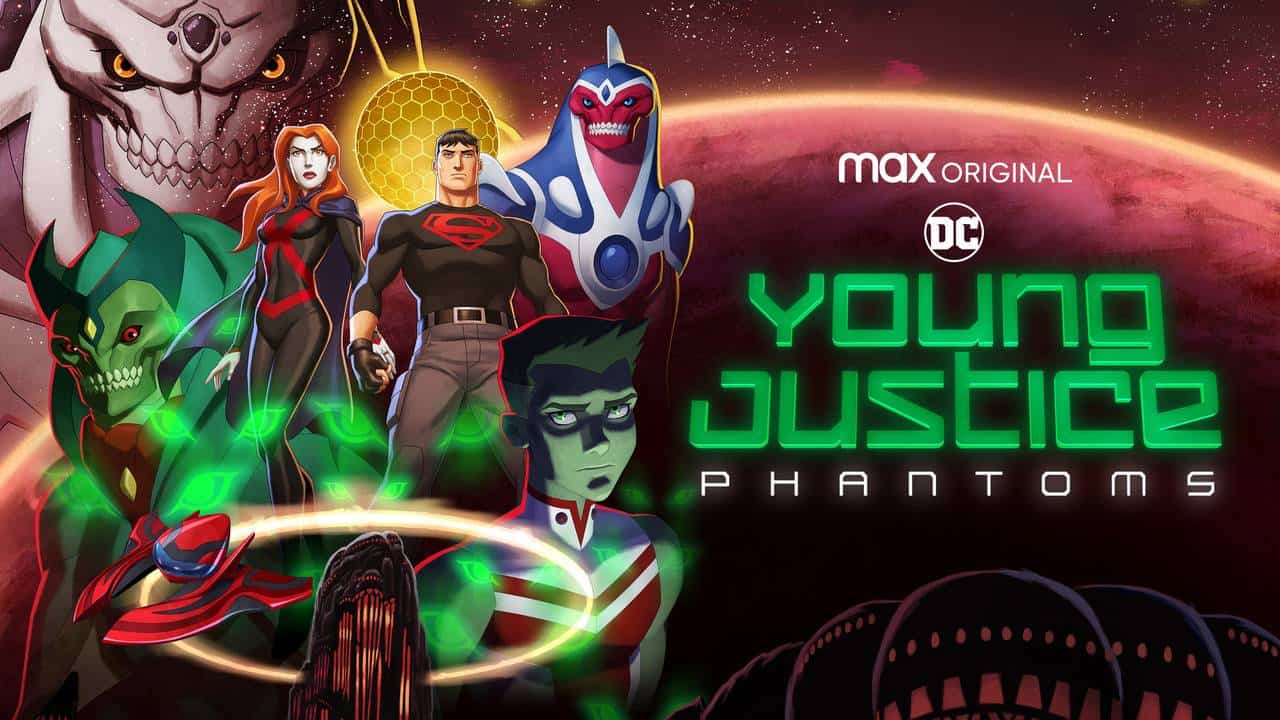 While Miss Martian and Superboy, accompanied by John Jonzz and Beast Boy, goes to Mars to complete their wedding rituals, they tremble upon the changing societal dynamics, increasing hostility towards Earth and a royal conspiracy, being watched from shadows by some visitors.

Season 4 Episode 1 Inhospitable opens shortly after the engagement of M’gann (aka Miss Martian, Danika McKellar) and Conner Kent (aka Superboy, Nolan North). They and Garfield (aka Beast Boy, Greg Cipes) make a trip to M’gann’s home planet, M’arzz. With the intention for Conner to ask M’gann’ parents’ permission to marry their daughter and to celebrate with her family, the trio quickly finds out that M’arzz is very different and is not as they left it. The king of M’arzz has been assassinated, and his murderer remains a mystery, which is a rare experience for M’arzz considering their mindlink connection. Since then, the Queen has rolled back many of the king’s recent decrees that were intended to improve the lives of the A’asheens (the ethnic minority of Mars; white-skinned). Since then, tensions have fueeld between the A’asheens and the G’arrunns (the ethnic majority; green-skinned). At the Martian home of M’gann, she finds that her parents are happy for her engagement, but most of her siblings disapprove of her relationship with an earthling, especially her brother, M’Comm (Ben Diskin). 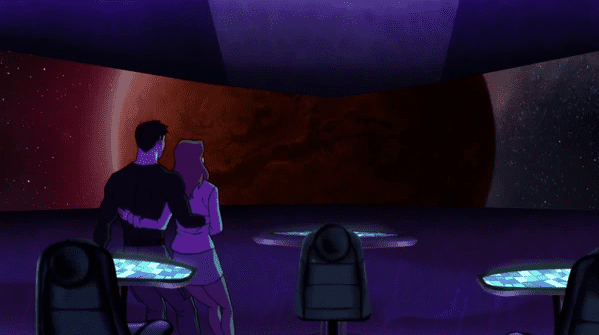 Later on, we see M’Comm attempts to revolt against the royalty of M’arzz, but is captured in the process. Shortly after, we see M’gann’s sister, Em’ree (Hynden Walch) attempt to launch the Zeta-Tube from M’arzz to Earth at the queen’s request. We see that J’onn J’onzz (Martian Manhunter, Kevin Michael Richardson) attempts to go through the Zeta-Tube but in the attempt, it explodes, leaving the status of J’onn a mystery until episode two, Needful. After this incident, the members of the Young Justice team, Em’ree, and the Martian royalty continue to investigate what has happened and are also trying to solve the death of the late King. M’Comm has been accused of bombing the Zeta Tube, but M’gann knows that he is not responsible for the incident. M’gann and Conner also meet with a priestess to plan their wedding, which will take place three days from then; meanwhile, they hold a ceremony to celebrate their love (which is my guess – this is still unclear). Towards the end of the episode, we see that M’Comm meets with DeSaad (Dee Bradley Baker), an associate of Darkseid, who brings with him a device that is designed to kill the entire G’arrunn race. 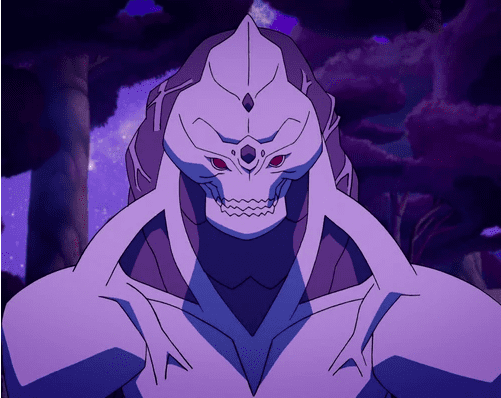 As someone that has never watched the show before this review, I find it somewhat interesting but is not exactly my taste and is either flawed in storytelling or my confusion is due to me not having seen the previous episodes.

For the most part, I find the writing to be good for the most part. The storyline and plot are written well to keep you intrigued and invested in knowing what happens next with enough mystery and action. That said, I do find some of the details to be rather confusing. For the majority of these two episodes, everyone is speaking via mindlink, which means you do not see anyone move their lips while they are talking. The cinematographer does an excellent job of guiding the viewer to know who is talking, but it still doesn’t eliminate the jarring experience you have by the end of the episodes. (As a side note, the scene with M’Comm and DeSaad shows DeSaad communicating through speech rather than mindlink, and it wasn’t clear why this happened). When M’Comm starts a revolt, I’m left wondering why no one was able to see this revolt coming considering how much they emphasized the death of the King is a mystery because they would have to avoid the mindlink. The fact that there was a whole group of Martians as a part of this revolt makes the writing even muddier. Lastly, the ceremony of love that takes place almost comes out of nowhere since they just had a lengthy conversation about when to have the wedding. This ceremony, which is not the wedding, takes place right after they decide the date, but it gives the presence as some sort of matrimonial ceremony. So without any explanation, it’s unclear what purpose this served. 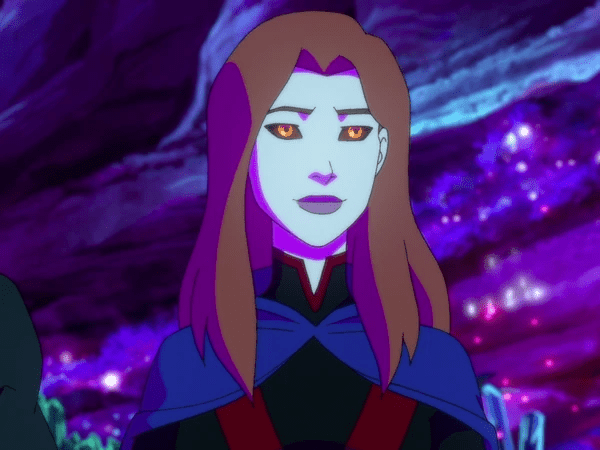 The animation style gives off an anime vibe (but is not considered anime, thanks to my colleagues Miriam Herrera and Kevin Rossi for confirming this). I personally do not find any interest in anime, but I did enjoy the animation of the show quite a bit. And although most of the dialogue takes place via mindlink, the cinematographer and animators did a great job in using the non-verbal cues to help emphasize the emotions and presence of the characters, which is definitely more difficult to do when you can’t rely on the lower facial features as often.

My last piece of criticism here: My understanding is that this is about the young mentees of the Justice League members. Even in the opening credits, we see title cards for not only the three members in these episodes but also Nightwing, Aqualad, Tigress, Zatanna, and Rocket. And yet, the aforementioned members are nowhere to be found or even mentioned except for the one or two credits scene messages that some of the members leave on a voicemail. Again, maybe I am just not abreast of the storyline and this was actually explained in Season 3, but even having a recap at the beginning of episode 1 would be a helpful explanation to even the fans who haven’t seen the final of Season 3 in quite some time.

As someone new to the series, I find the episodes to be interesting but not enough to keep me as an ongoing viewer. For me, there were too many odd choices in the story that constantly kept me guessing if I missed something in the story or was just so out of place that it distracted me more than allowed me to enjoy the episode. The animation style is good, and I think that for those who are already fans of the show or at least watched the previous seasons, you'll definitely enjoy this premiere.