It’s that time again! Welcome to Comic Watch’s Kickstarter Korner; we hope you will find some great titles to support and help spread the word about these great indie titles and don’t forget to check out our previous posts to see if some of those campaigns are still running:

Collecting all four issues of the hit miniseries along with over 20 pages of bonus material! With art by Russ Braun, Drew Moss, & More! 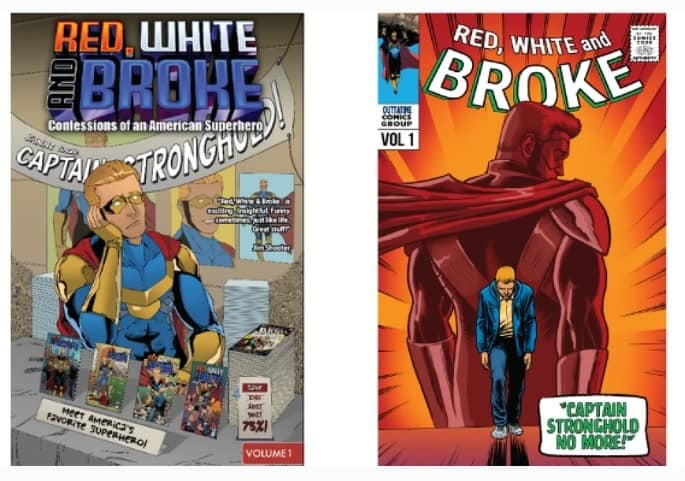 Comic Watch contributor Mike Spring is Kickstarting Red, White & Broke: Volume 1, collecting all four issues of the hit miniseries, to Kickstarter. Telling a complete story from start to finish, this 100 pages trade is packed with superhero humor and thrilling action! On top of that, the book includes over 20 pages of bonus materials, including every single cover created for the series (14 total!), multiple sketches by popular artists, preliminary artwork, promotional images, author’s notes, and more! It’s jam-packed with goodness!

Meet Robert Rhodes, better known as Captain Stronghold, one of America’s most well-loved superheroes. He’s super-strong, he can fly, and he’s adored by millions. He’s also FLAT BROKE. Busted. Bankrupt. Being a superhero is surprisingly expensive and it’s hard to keep a job when you keep disappearing for hours at a time to save people’s lives 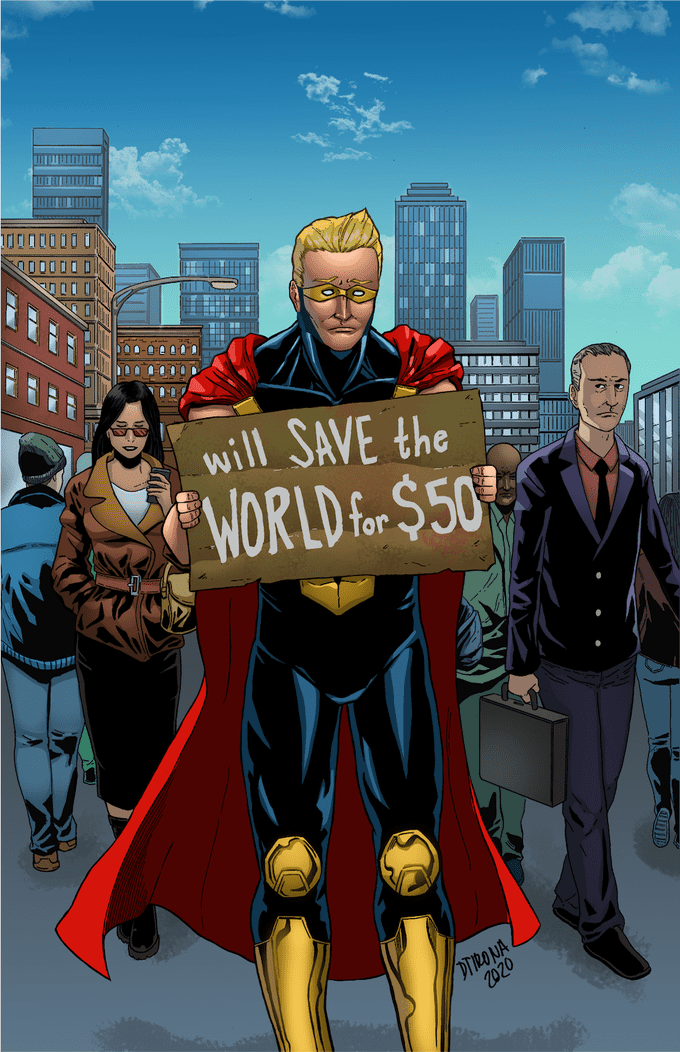 So Captain Stronghold goes on national television to reveal his secret identity and to turn to the people he’s saved countless times for help… financial help! Yes, the world’s most beloved superhero is launching a crowdfunding campaign to fund his super-heroics! After all, those costumes don’t just pay for themselves!

A 96-page graphic novel anthology all about Bisexuality, with genres including romance, sci-fi, vampires, superheroes, and reality TV by Kat Calamia 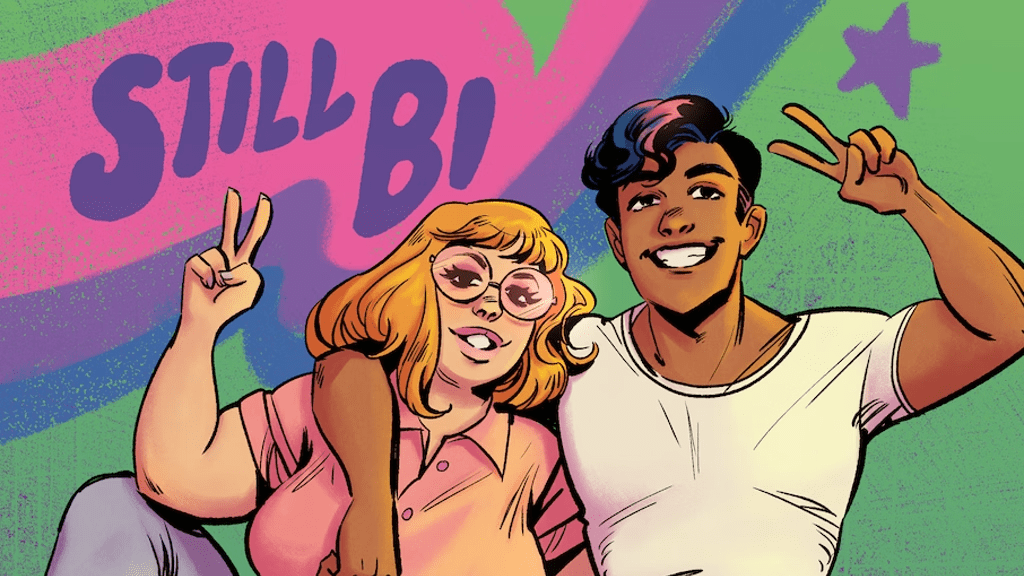 A 90-page graphic novel anthology all about bisexuality, with genres including romance, sci-fi, vampires, superheroes, and reality TV!

After the smash hit that was Bi Visibility #1, we’re back with a double-sized follow-up! Bi Visibility: Still Bi is a 90-page graphic novel that collects sixteen brand-new stories all about bisexuality! As a bisexual creator, this is one of the most important projects I’ve ever worked on and a subject near and dear to my heart. Growing up, I had very little bisexual representation. I knew the label existed, but I didn’t know what it looked like, how it felt, or that I could be bisexual. This was the driving force towards putting together this anthology. Representation matters!

Cthulhu & his kin want you asleep. TarMucks keeps you awake. Save the world with comics, coffee, and a tree planted in your honor! by Oneshi Pres 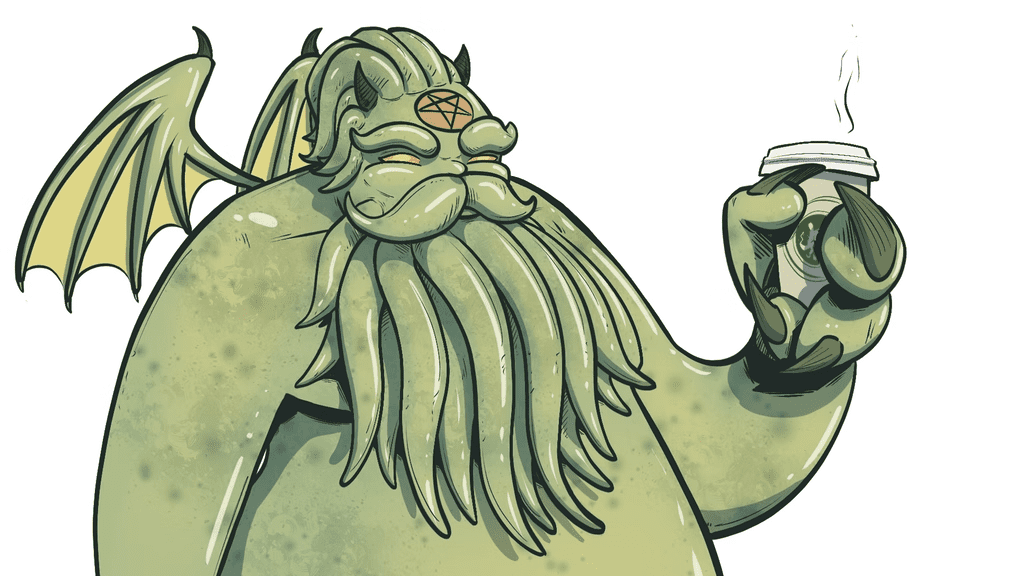 Cthulhu & his kin want you asleep. TarMucks keeps you awake. Coffee, a reusable mug, & comics save the world & plant 1 tree per backer!

Facing the day without a strong cup of coffee is a terror beyond all description…and so are the unimaginable eldritch horrors that Cthulhu and the Great Old Ones would visit upon this world if they awake from their aeons-long slumber. Cthulhu Corporate Coffee is here to ensure that neither of these nightmare hellscapes comes to pass. Do your part to save the world: Discover how drinking coffee keeps the Great Old Ones at bay in our 12-page TarMucks minicomic exploring how the world’s most infamous corporate coffee chain came to be, and how drinking your daily cuppa’ java from Tarmucks saves the world. But don’t stop there! The Great Old Ones thrive on the dream energy of sleeping humans. Keep yourself awake with your very own taste of TarMucks strongest direct trade—Get Java! Keep it piping hot and save the world with our BPA-free, biodegradable, top-rack dishwasher-safe, reusable TarMucks travel mug!

A sci-fi noir following a drifter on his quest to solve the riddle of his life.

RETRO takes place in the grimy underbelly of a middle-American town. Down-trodden and disheveled, Retro wakes up to find himself in a fugue state. Is he the hero or villain of our story? He has no clue as he works to piece together the fragments of his life and mind. All he knows is he possesses a device that allows him to travel back in time in short increments and he carries an unusual knack for doling out beatdowns. 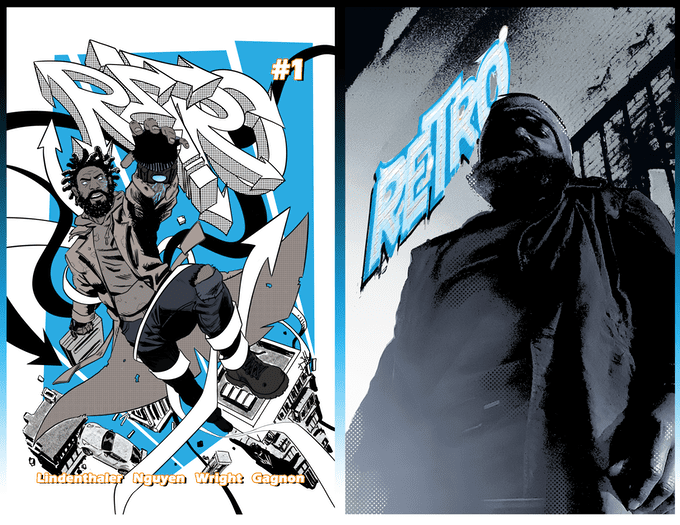 RETRO is the brainchild of writer/director Aaron Lindenthaler with visual development by artist Don Nguyen (Pablo the Gorilla, Upper Deck Marvel Anime, Nightmare Theater). What started simply as storyboards to develop a pitch for live-actionturned into a motion-comic short film that debuted at the TCL Chinese Theaters with the 2019 Dances with Films Festival.

The 1st Latina Superhero Team in history! by Kayden Phoenix 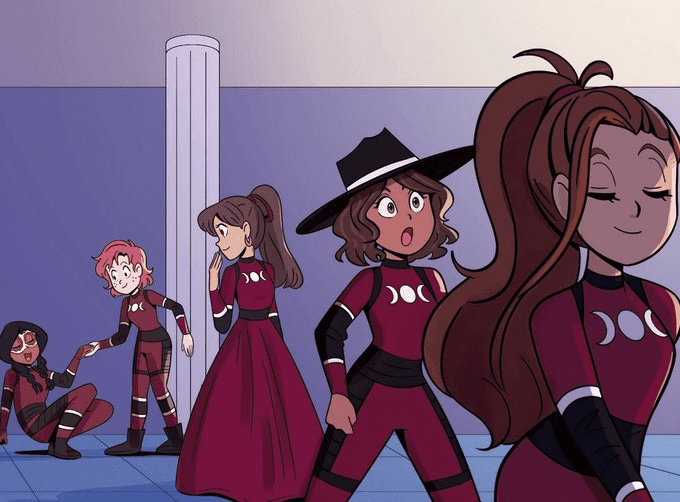 The A LA BRAVA team is finally together! Jalisco. Santa. Loquita. Ruca. and Bandita. The superheroes are brought together by Muneca, an eager agent wanting to prove herself and her newfound grassroots organization. When the controversial Fair Share Bill, a bill to tax the billionaires, gets presented to Congress, females in political powers mysteriously start dying. The media labels it as freak accidental deaths but Muneca has her suspicions as to who’s behind it all. So she bands the superheroes together and has them stake out the possible suspects: billionaires\

Curiouser: We’re All Mad Here #1 – Back to Wonderland Comic

Alice’s son, Alec is pulled into Wonderland in the midst of a brewing civil war, but who is the mastermind behind this new regime? by Lisa Fowler 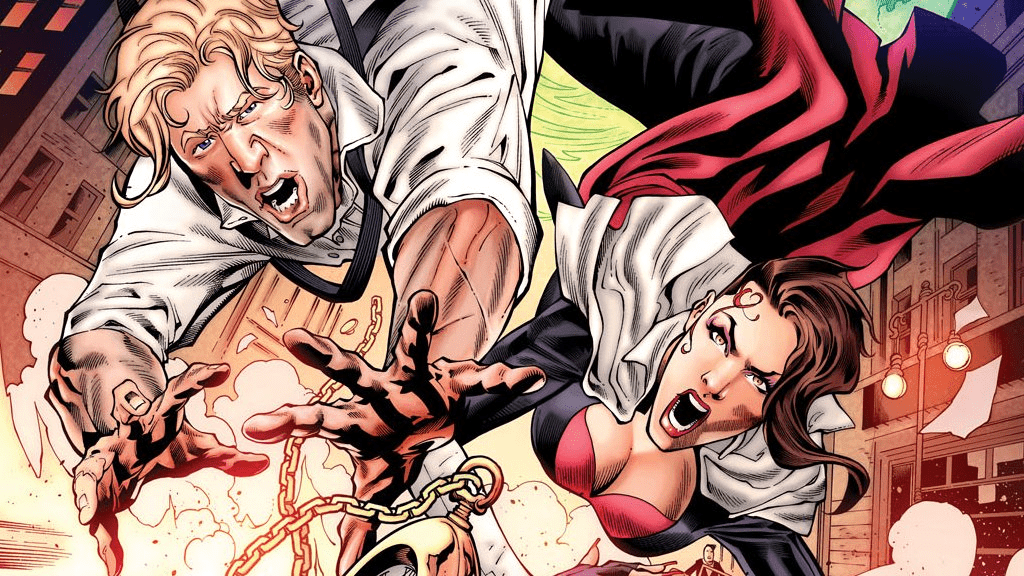 Alice’s son, Alec, is pulled into Wonderland in the midst of a brewing civil war, but who is the mastermind behind this new regime?

Curiouser is a sequel of sorts, set sometime in the future and starring Alice’s adult son, Alec, as he gets pulled into a plot to save Wonderland from a hostile takeover by a mysterious new threat! Join Alec, The Knave, The Mad Hatter, and more as they fight to restore Wonderland to the peace and balance that Alice managed to leave this wondrous place in when she left so many years ago.

A trans woman with incredible supernatural powers, and an arcane assassin, face new threats in this irreverent, action-packed comic! by DJ Wooldridge and Jayna July 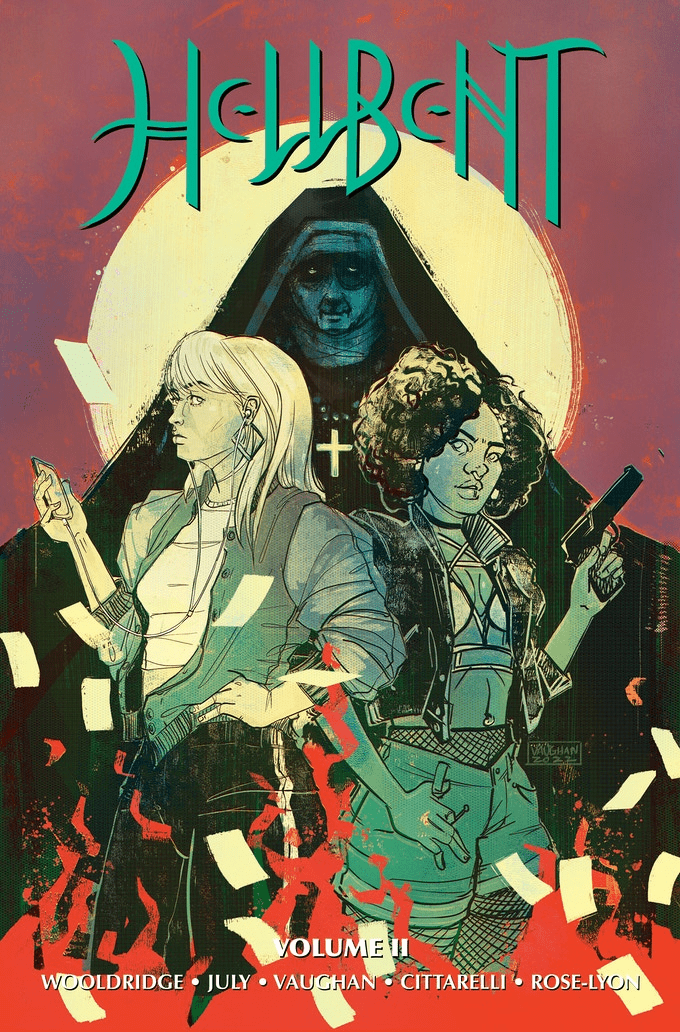 A trans woman with incredible supernatural powers and an arcane assassin face new threats in this irreverent, action-packed comic!

Rejoice! The second coming of HELLBENT has arrived! Jezi, the rebellious antichrist on the run, and her deadly defender Nick, return in this ALL-NEW 44-PAGE COMIC. Volume Two introduces new characters that complicate Jezi and Nick’s journey. Lydia is a beautiful and mysterious femme fatale who has a history with Nick and an eye on Jezi. Meanwhile, Gaap is Jezi’s closest confidant, but the devious demon may have betrayed her! Are Lydia and Gaap friends, foes, or a little bit of both? You’ll have to read HELLBENT II to find out!

The Horsemen: Birth of the Spark

Celebrate the 20th anniversary of the New Mythology! by Jiba Molei Anderson 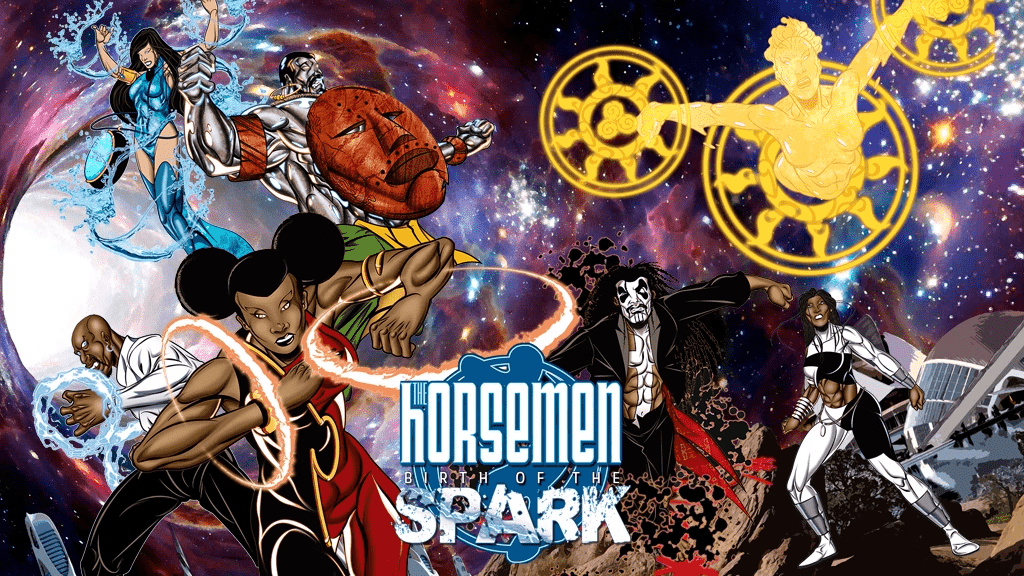 Celebrate the 20th anniversary of the New Mythology!

The groundbreaking series celebrates its 20th anniversary! In 1995, I moved to Chicago and received my MFA in Visual Communication from the School of the Art Institute of Chicago. It was at SAIC when I understood that the creation of comic books were an exercise in graphic design with script, illustration, layout, color story, etc. all components of the overall product. My thesis project was going to be a book on the history of African American superheroes and linking them with the Orishas of the Yoruba faith as it were one of the religions that survived the Trans Atlantic Slave Trade through “hiding in plain sight,” as it were. This thesis project was the birth, and first appearance, of The Horsemen… 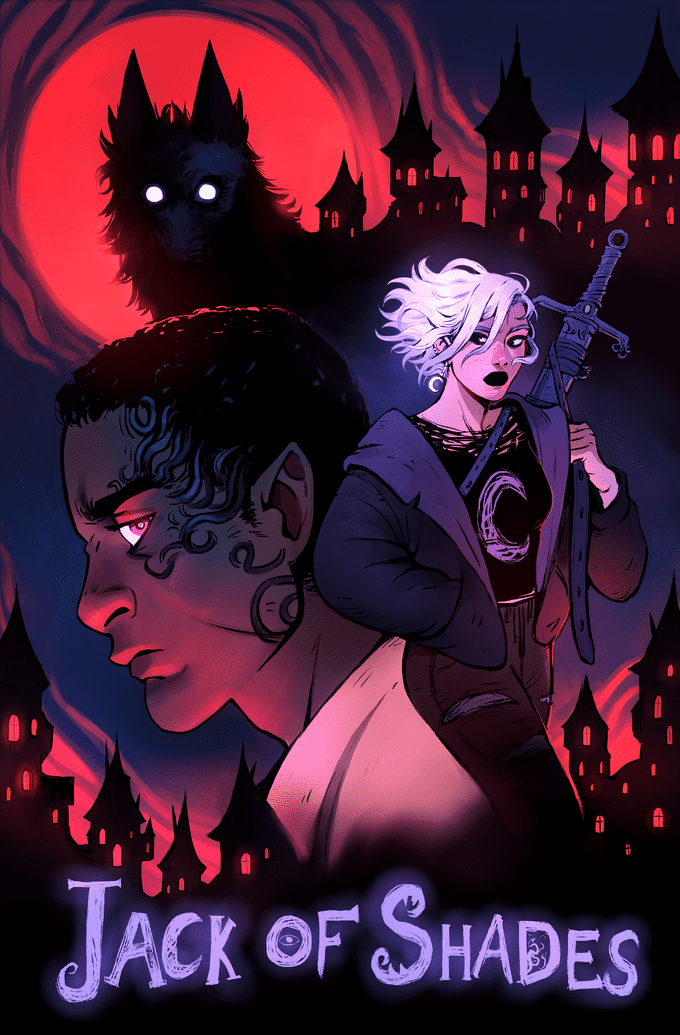 After being accidentally turned into a vampire, Jack Clay must navigate both the real world and the nightmare city of NIGHTSIDE to confront the dark forces responsible for murdering his friend. Jack, a despondent office worker in his twenties, starts a new life with a new job at the infamous game studio, Neostorm Games. His work life might be unfortunate but his love life is cursed — until he meets the girl of dreams, the mysterious and seductive Mila. After an unforgettable first date with said siren, his life is changed forever, sending him down a rabbit hole of horror, spiraling into another world.

A soft and steamy vacation romance between a demon and a pool boy, by Josh Trujillo and Josh Cornillon, with Lucas Gattoni. 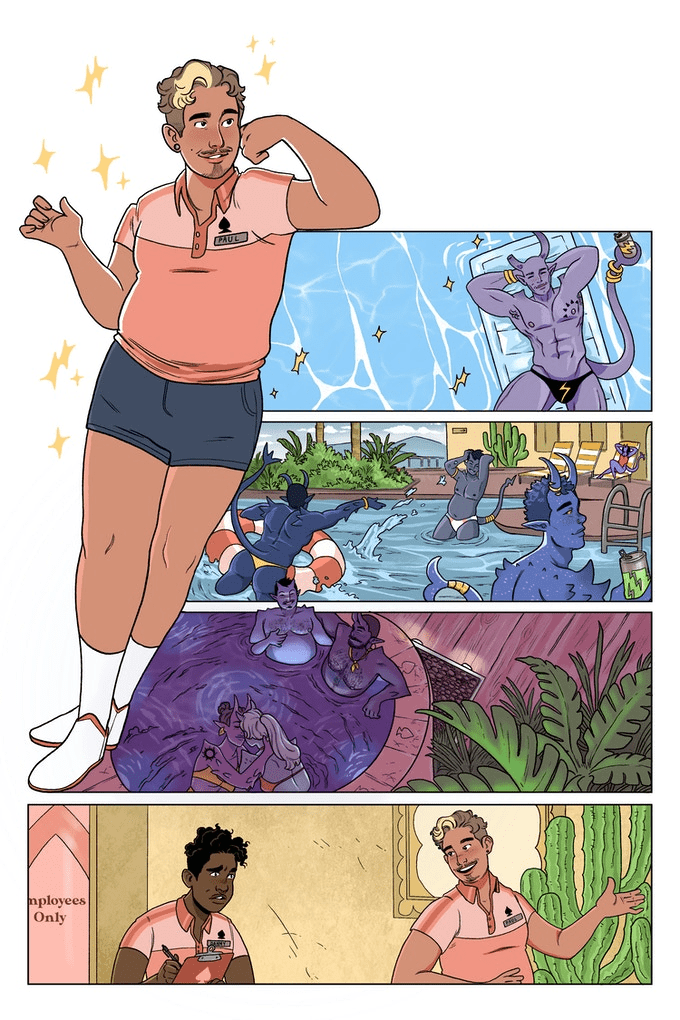 A soft and steamy vacation romance between a demon and a pool boy.

POOL BOYS tells the story of Paul, a pool boy, and Micah, a demon. Set at the interdimensional Solitaire resort, POOL BOYS is a vacation romance unlike any other. We touch on the excitement of a new connection, the complications of a fleeting love, and the fun we have along the way.

Santa Frances, a gay comic about the life and times of a group of guys in a big city by Jean-Frederic Koné 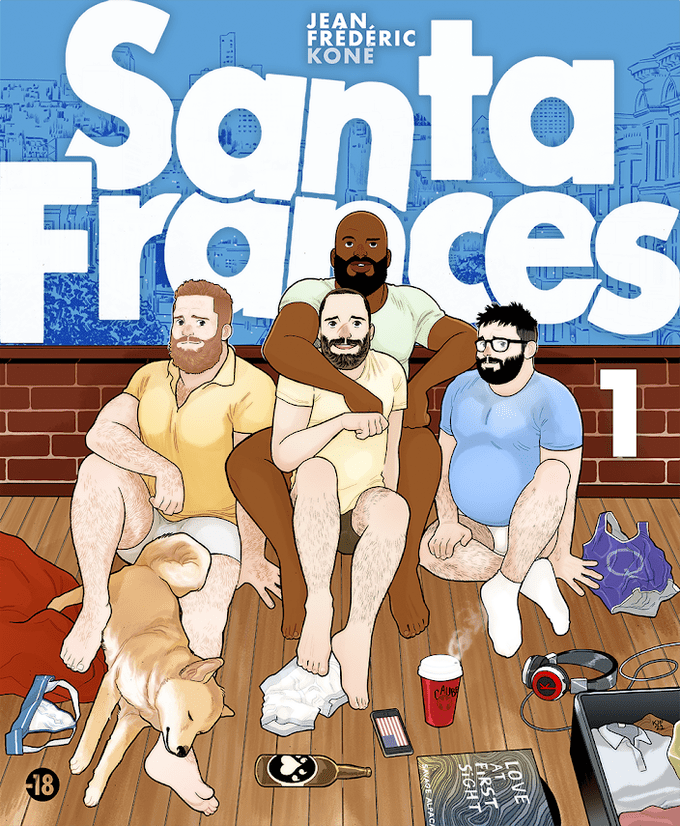 A gay comic about the life and times of a group of guys in a big city.

WELCOME TO SANTA FRANCES! Meet a group of guys living it up in the city while they go through love, lust, sex, friendships, heartbreaks, more sex, and everything in-between. SANTA FRANCES is a hardcover graphic novel based on the hit webcomic series. It compiles the first 10 episodes of the series, in their full uncensored version, with updated pages and extra material.