Welcome to this week’s installment of the Kickstarter Korner!

It’s that time again we hope you will find some great titles to support and help spread the word about these great indie titles and don’t forget to check out our previous posts to see if some of those campaigns are still running:

With their own voice. Abortion herstories. 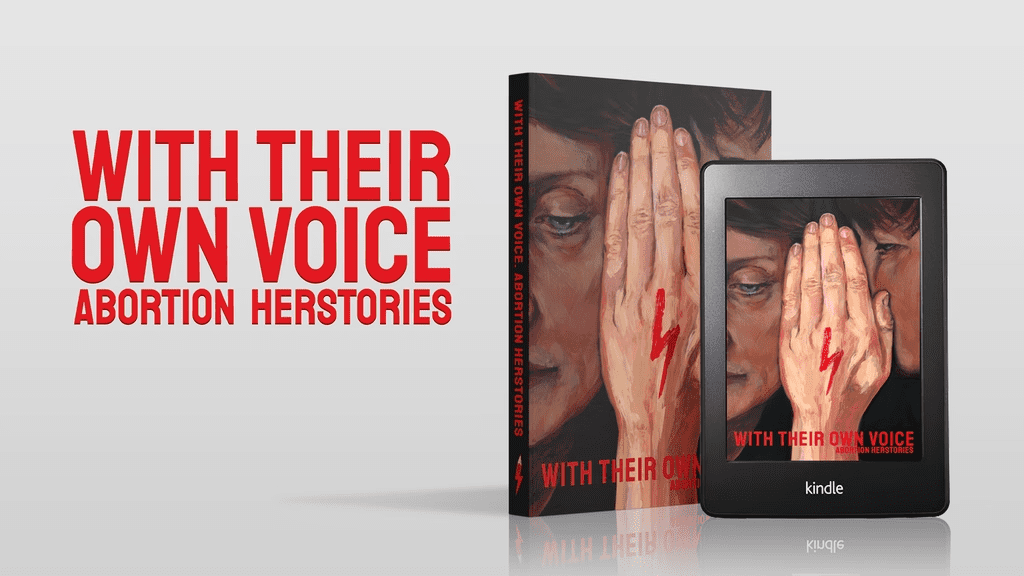 The idea behind With Their Own Voice. Abortion Herstories. came to us after the Polish Constitutional Tribunal declared the termination of pregnancy when prenatal tests or other medical conditions indicate a high probability of severe and irreversible impairment (or terminal disease) of the fetus unconstitutional. Abortion became almost illegal in Poland, with only two exceptions: when the pregnancy threatens the life of a woman, and when the pregnancy resulted from rape. This decision triggered a huge wave of protests happening all over our country. We were – and still are – actively participating in all of them, knowing very well that it is not enough. But what else can we do? We are not politicians, nor are we experienced activists. We are comic artists and we can tell stories – so we decided to create a comic anthology collecting stories of women who decided to have an abortion.

The dark and haunting portrayal of young missionaries entering the world of Voodoo and magic in Mexico during the DAY OF THE DEAD.

RJ and her husband Brent travel to Brazil after a horrible flood kills over 270 people to serve the grief-stricken community. However, they quickly find out that Brazil already has someone looking out for that community named Bishop Lucas. This leads the missionaries and the local voodoo priest to both fight for this community. Leading to the death of RJ’s husband Brent by one of the Voodoo priest followers. Bishop Lucas offers (with the help of one of his spirits) a way to resurrect Brent. Brent is restored and brought back to life but at what cost? Is he the same as he was before his death? 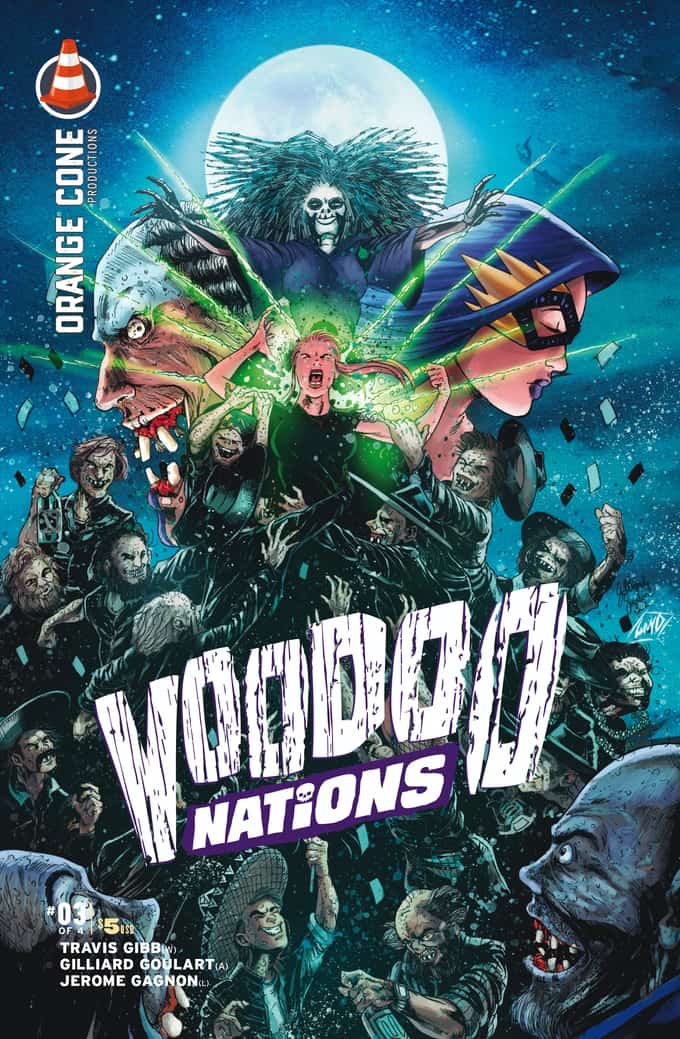 Who Will Love VOODOO NATIONS?

All it takes is a word. Victoria, the word smith heads north to icy lands of Draklan. Can her words save her this time? 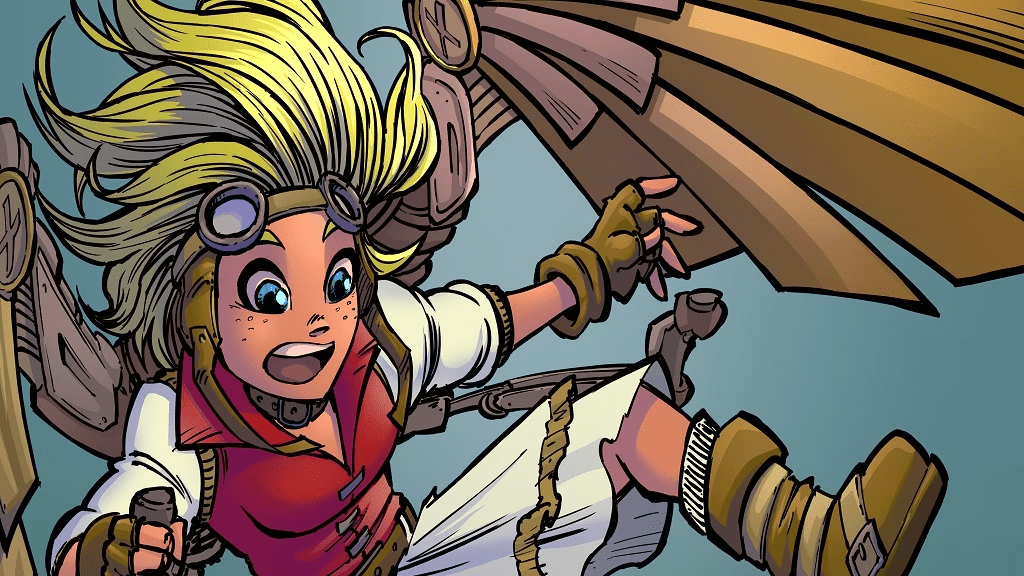 A steampunk fantasy adventure where words can come to life!

All it takes is a word. Victoria, the word smith, heads north to icy lands of Draklan. Can her words save her this time? Word Smith Volume 4: Trust is a 60-page graphic novel and the latest installment of the series about the word smith, Victoria, and her best friend, Sparky the dragon. In this volume, Victoria and friends find themselves in the icy northern city of Draklan in the middle of an explosive situation! The gang meets Dimitri’s little sister, Katina. She’s not just one of the best mechanics in Draklan but an amazing inventor who loves adventure. Still hot on their trails is Francesso, the spy. He’s been ordered to bring Victoria back to General by any means necessary. The gang had better be ready as he’s not messing around! 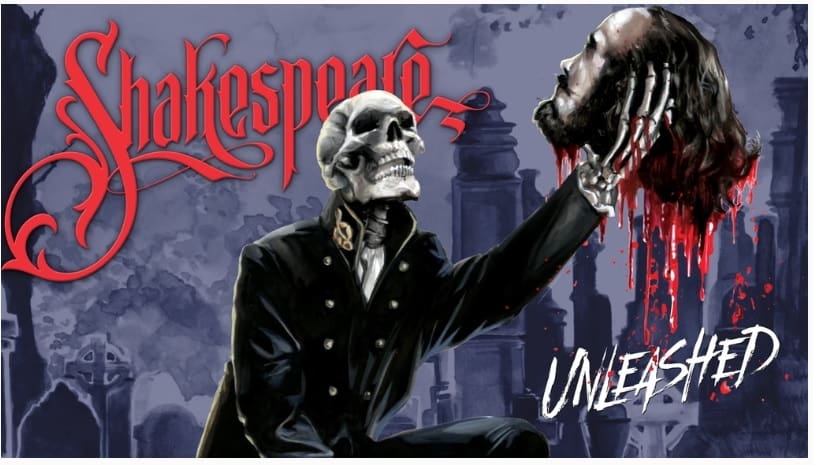 Shakespeare Unleashed, edited by James Aquilone and published by Monstrous Books and Crystal Lake Publishing, is an anthology of horror short stories and sonnets inspired by the Bard’s works. (There’s a comic book, too. Scroll down for more info.)

We got a little extra and decided also to do a separate Shakespeare Unleashed comic book!

The comic will have at least three stories and we’re hoping to add more through stretch goals and even take submissions for content. 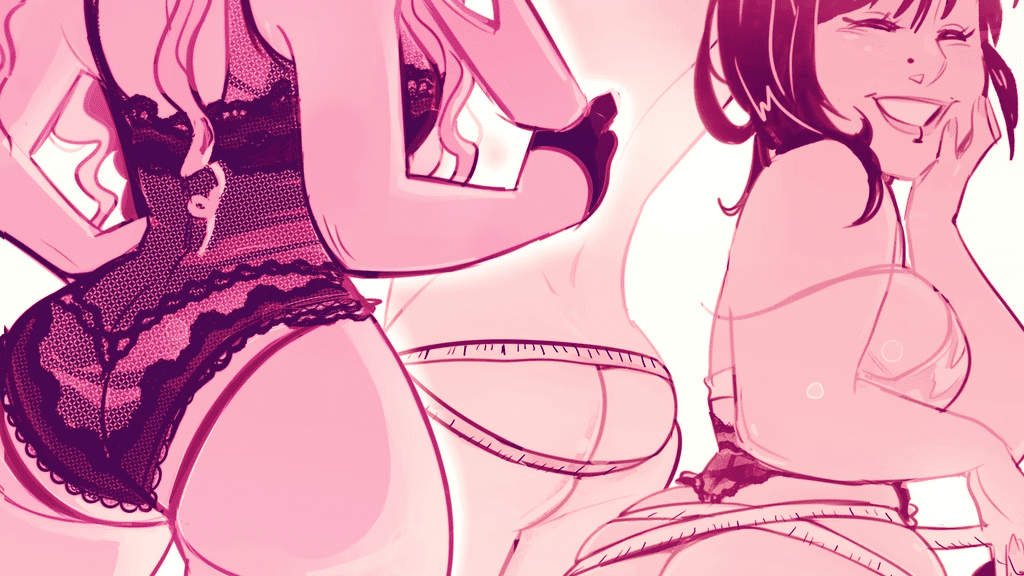 Imagine a device that, when held by a couple, makes music as they touch… Imagine a fan-fic writer attempting to appease her long-distance girlfriend with steamy stories… Imagine a couple getting hot and heavy as someone else witnesses, fantasizing in ways they couldn’t dream of… Imagine all of those stories coming together for a sexy and hilarious climax at a booty contest… These four stories, drawn by some of comics’ top talent, all come together in the spiciest graphic novel you’ll read this year.

The second volume in the Robin Hood, The Legend of Sherwood graphic novel series is here!

The legend returns! ROBIN HOOD is back for more adventures after 2020’s highly successful Kickstarter for the first 56 page deluxe (oversized, A4 size) graphic novel!

When last we saw Robin Hood, he had returned home from the Crusades to find England under the tyrannical grip of Prince John, and the Sheriff of Nottingham’s men. Choosing to save a childhood friend from certain death, Robin becomes an outlaw.

Volume 2 picks up a few months later, as a hard winter sets in, and his plan of inspiring a rebellion is severely challenged by mother nature. He must face the demons of his past if he plans to become the hope of England’s future.

Winter has fallen on England, and it is a harsher one than most can recall.

The Legend of Robin Hood comes to life in a whole new way! There’s never been a Robin Hood comic book that goes this deep into the Robin Hood Universe! This is a fun-filled, heartfelt, heroic take on the classic legend.

If you are a casual fan of Robin Hood, but love good, character-driven story-telling, in an adventure-filled world, then take a chance and check us out, because we’re doing everything in our powers to make this a unique and VERY special graphic album! 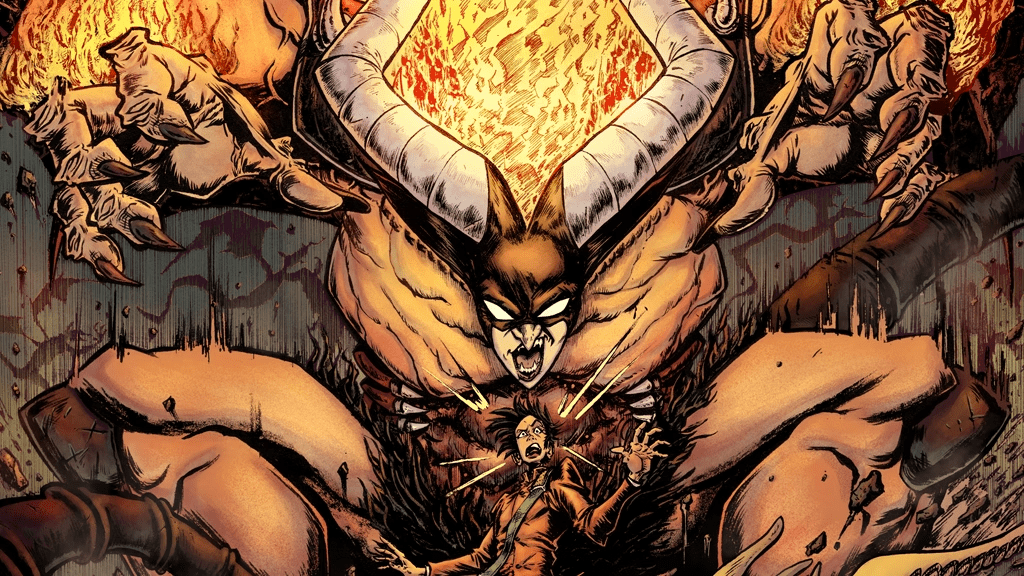 We wanted to provide Western creators and audiences with an experience that we felt was lacking in the current comic landscape. Featuring 23 stories from 39 creators, we think that you will find a new favorite series within these pages. The best part is, the whole book is completed!

A post-apocalyptic comic about a lost cyborg and his melancholy guide getting punched a lot. 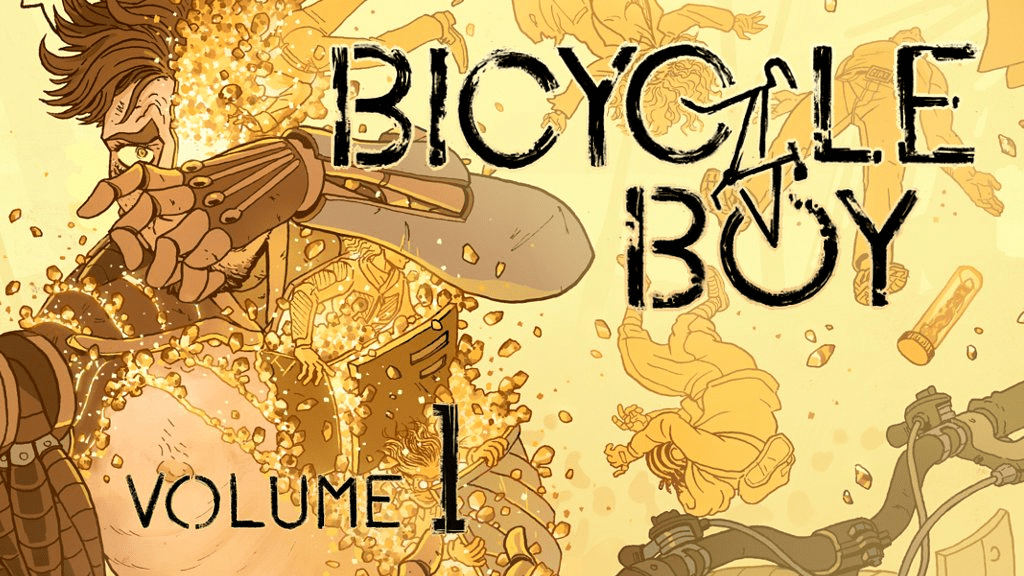 A post-apocalyptic comic about a lost cyborg and his melancholy guide getting punched a lot.

Bicycle Boy is a slow burn post-apocalyptic adventure comic about an amnesiac cyborg, mean buff ladies, spooky soldiers, and a bunch of angry bandits all scrapping in the desert. The comic follows the doe-eyed cyborg, Poet, who woke up in the desert one day surrounded by corpses. Who killed them? Who stole all his limbs? Why does he keep getting punched?! In his search for answers, he crashes his bike into Stonehenge, her nasty mob of nomads, Slutman’s merry bandits, and a squad of soldiers who all want a piece of Poet for themselves. But…there really isn’t much left to go around.

THE GREY ZONE – A sci-fi comic book by MAF

A soft cover 60+ page beginning to the dystopian comic book series by the author of ‘Stray Souls’. 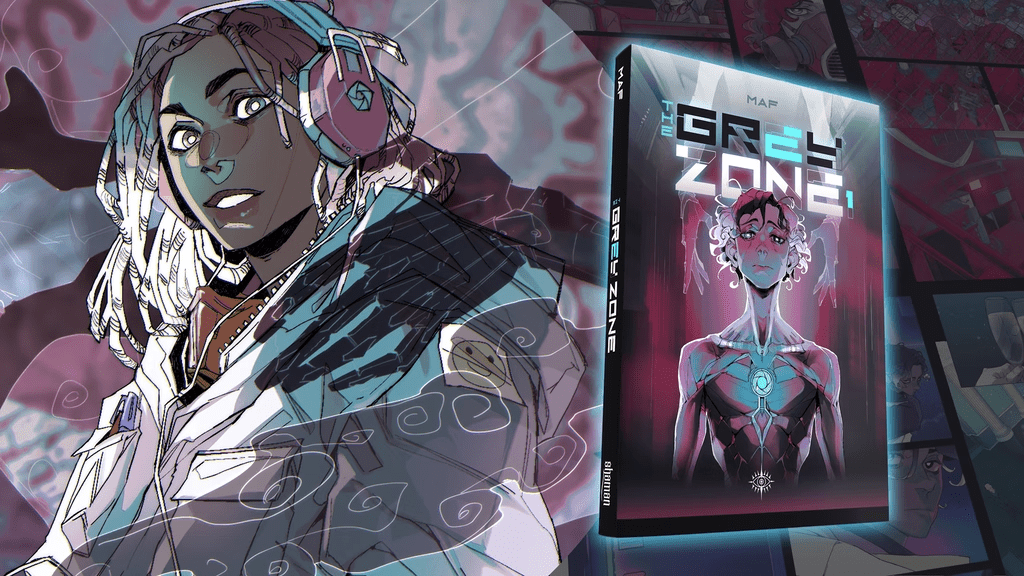 A softcover 60+ page beginning to the dystopian comic book series by the author of ‘Stray Souls’.

In a postmodern society where good and evil are quantifiable and controlled, Ao and Lain, two youngsters from the chaotic slums of the Mire, catch the attention of the entity in control. They are now forced to reconcile the chaos they’ve grown accustomed to with a newfound life above the rules, rooted in balance and order.

5 tales of terror from the depths, from demon fishermen to haunted conch shells. 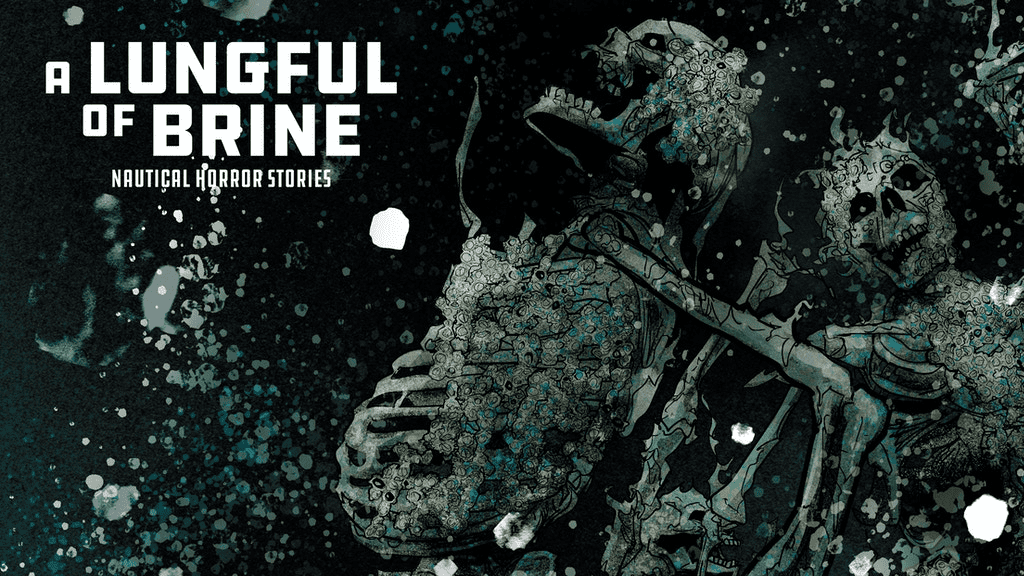 Five tales of terror from the depths, from demon fishermen to haunted conch shells.

Take a deep breath, it might just be your last. A Lungful of Brine is a 92-page comic collection featuring five nautical horror stories. From demon fisherman to haunted conch shells, this book will pull you in, drag you under, and leave you gasping for air. If you regularly think to yourself, “I want to see something that will disturb me for many nights to come,” this book is definitely for you.

The year: 1939 – Dr. Pinero sets in motion a future history with his device that can accurately predict to the hour a person’s death. 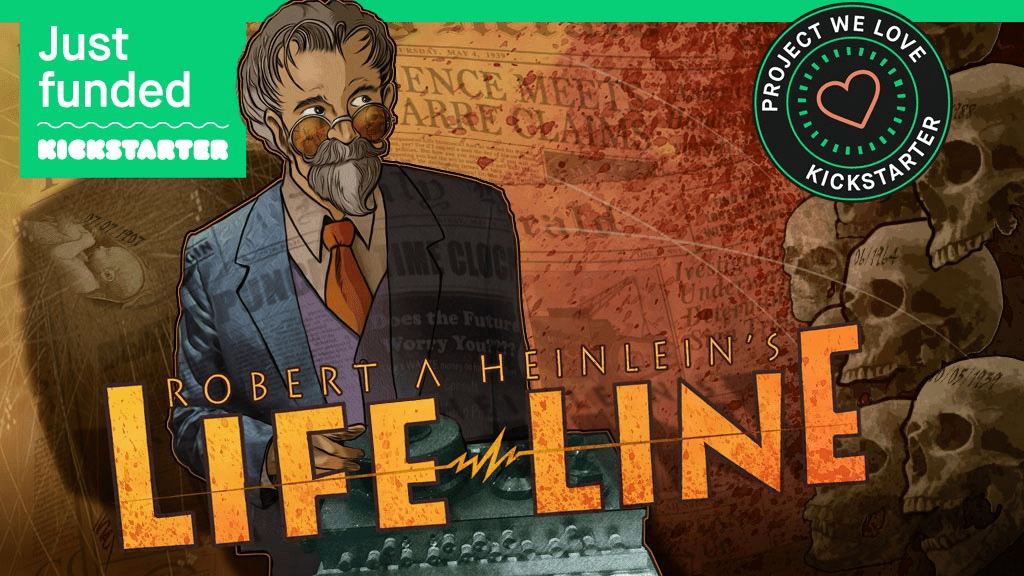 The year: 1939. Dr. Pinero sets in motion a future history with his device that can accurately predict to the hour a person’s death.

Robert A. Heinlein is an enduring and influential American writer known as the Dean of Science Fiction. Heinlein published more than 150 novels in his lifetime, won six Hugo awards, and had his work adapted into major motion pictures such as Puppet Masters, Starship Troopers, and Predestination. His books are currently in print in dozens of languages spanning the globe and his influence can be seen in many authors today. Life-Line is the third graphic novel adaptation from his writings and was his first published short story. 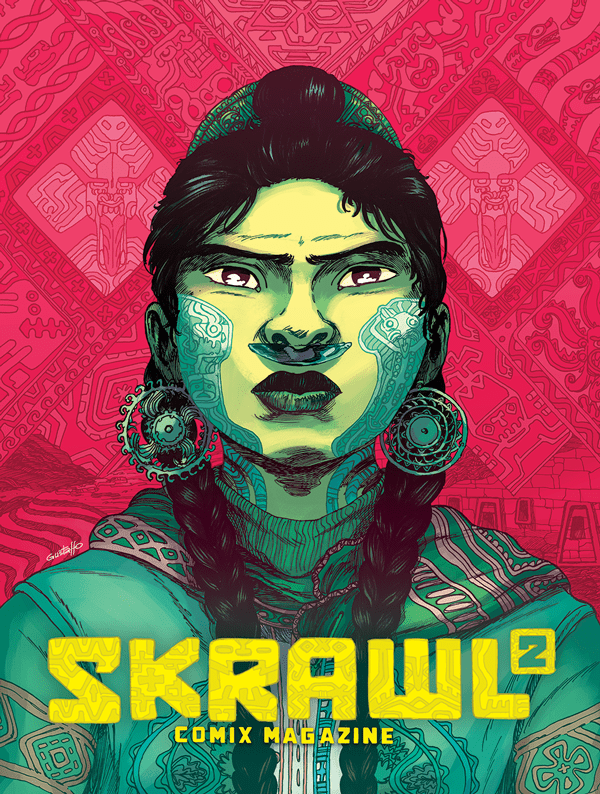 SKRAWL 2 will feature sequential strips from all the SKRAWLLORDZ and additional material from their guests. Lined up for SKRAWL #2 is David Rubín (Cosmic Detective, Rumble), Anna Readman (Metallic Dynamite), Norm Konyu (The Junction) and Jordan Thomas (Weird Work, Frank at Home on the Farm). Editorial Legend Shelly Bond (Filth & Grammar) is the subject of the Big SKRAWL interview and Leah Moore (Morrison Hotel) and Owen Sherwood (The Incredible Flight of Tony Featherneck) will provide the mag with an illustrated short story.

After the murder of his father, follow a young man’s hunt for revenge as he goes up against some of the most evil Slashers of all time. 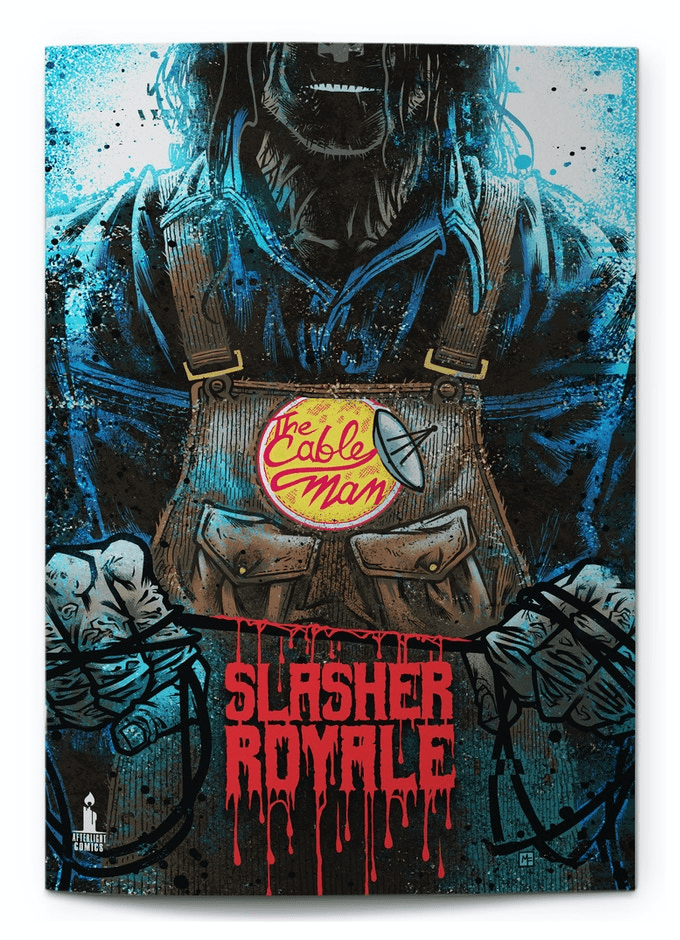 After the murder of his father, follow a young man’s hunt for revenge as he goes up against some of the most evil Slashers of all time.

In 1995, a young boy named Charlie Bowers witnessed the death of his father by a notorious serial killer known as The Cable Man. Years later the Cable Man was captured and sentenced to life in a remote high-security prison. The visions of Charlie’s father’s death haunts him on a daily basis and he thinks of nothing but avenging his death. Now, we follow a much older Charlie as a rookie prison guard in an attempt to get closer to his fathers killer.