A dancer/ASSASSIN is forced to deal with her childhood trauma of witnessing her parents’ deaths. 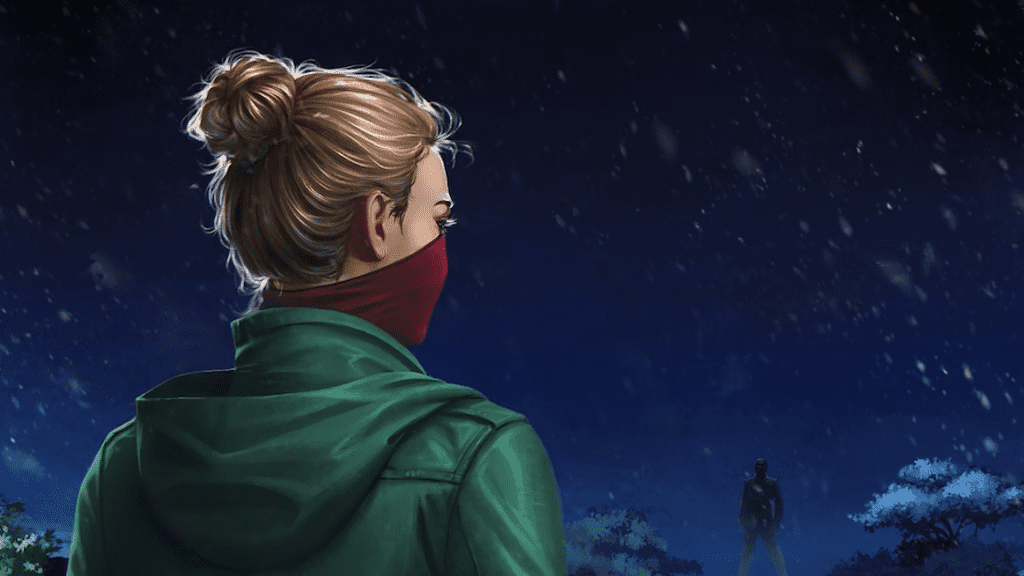 They Call Her…The Dancer is a story that focuses on the beauty and brutality of dance and martial arts, delving into the morally gray psyche of a professional dancer and assassin. At first glance, They Call Her…The Dancer is about analyzing the similarities and differences between dance and martial arts. Dance is something that is seen as beautiful, but many don’t think about the pain that is done to one’s body to truly be a dancer. Martial arts are thought of as violent because it’s a form of “fighting”, but there’s also a dance-like quality to this work of art. It’s the penultimate issue, and in this 23-page story Mia comes face-to-face with the daughter of the parents she killed. Will this uncover old wounds from Mia’s own traumatic childhood?

Wherever this bratty teenage boy goes, THE DEAD RISE…and he refuses to do anything about it. 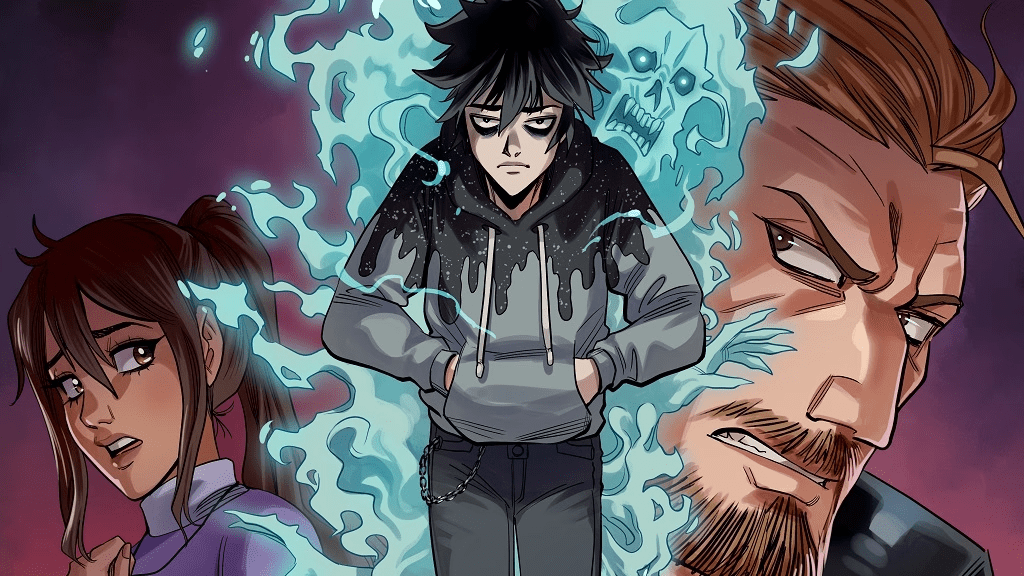 Bram is your average, everyday teenage brat…who just so happens to RAISE THE DEAD! Wherever Bram goes, ghosts appear — restless spirits that attack the living viciously and without prejudice. Bram’s spent his entire life turning a blind eye to the destruction and death caused by his strange ability. He didn’t ask for this curse, so (by his logic, at least) none of it is his fault. But his recklessness finally catches up to him in the form of Deacon, a mysterious and vengeful man from his past. When Deacon corners Bram and Faith, a kind girl with a tragic past, in the small town of Dusty Springs, Bram will finally be forced to learn that his actions have consequences… Whether he takes responsibility for those consequences is another question entirely.

After the Robot Apocalypse Issue 1

Set 57 years after the robot apocalypse, the last remaining mortals strive to survive and rebuild humanity. 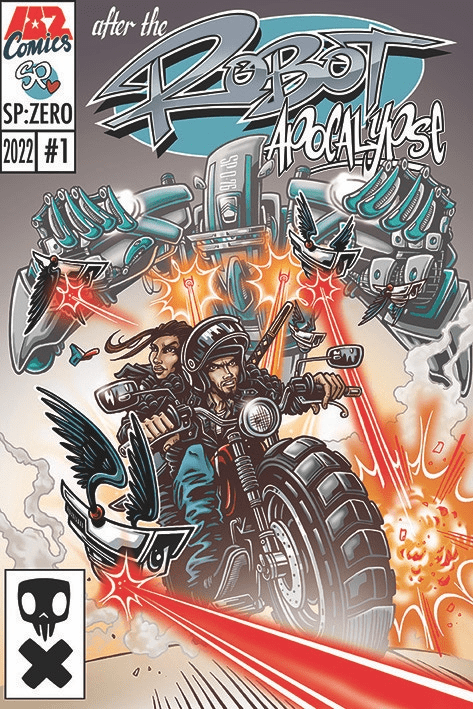 I have been spray painting for around 10 to 11 years now, and when I started, I used to paint one character per wall, on a plain background. Eventually I got bored of that and wanted to make each wall look like the cover of a comic, so that each wall told its own tale. They were all set within one fictional story, which became After the Robot Apocalypse, and the idea was that there were things going on in the background and foreground leading the viewer to write their own story… but as I painted more and more walls and drew more illustrations featuring the same story, that story and their characters started to take on a life of their own and their stories had to be told.

Everything Is Different Now 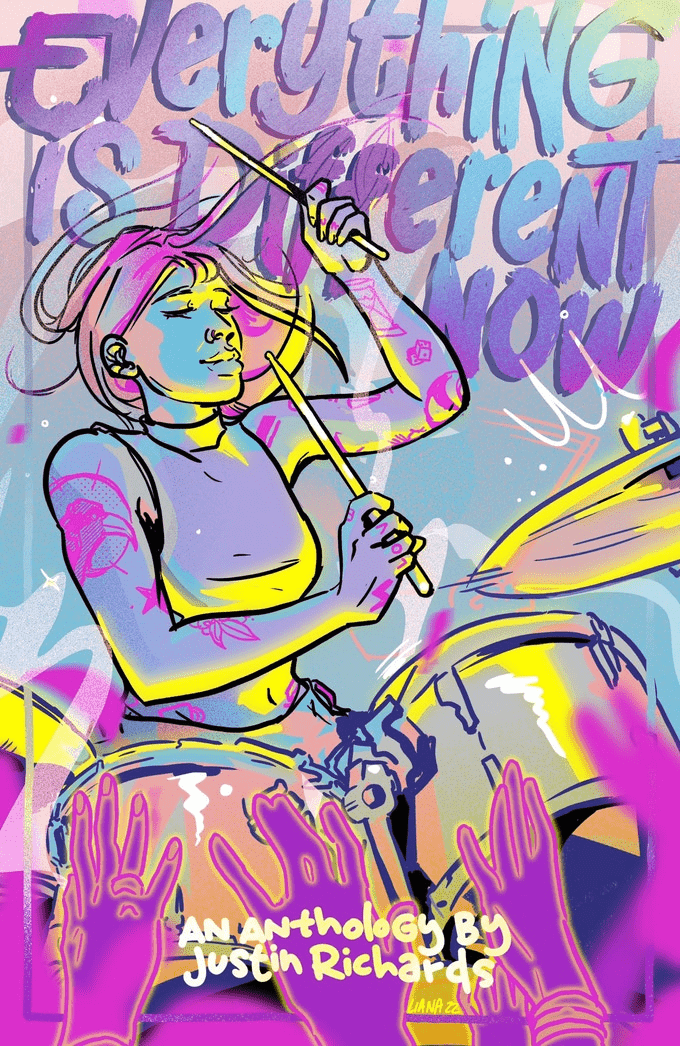 Have you ever felt like you look at the world and nothing is the way you were told it was supposed to be? That’s what this project is all about. From acclaimed comic book writer Justin Richards, this 20-page comic book collects a series of shorts that express the rage we all feel when we wake up every day to find that the world’s on fire. All drawn by today’s TOP talent in comic art! Cover and interior artists include: Liana Kangas, Val Halvorson, Tench, Adam Cahoon, Jimmy Kucaj, Chris Shehan, Fabian Lelay, Andrea Rosales, Kelly Williams, and Fell Hound.