Here are a few Projects We Love that still need your support to meet their goal:

The 5th issue brings Scarlet’s revenge story to a climactic end in RECKONING, but opens the door to more journeys and trials ahead. 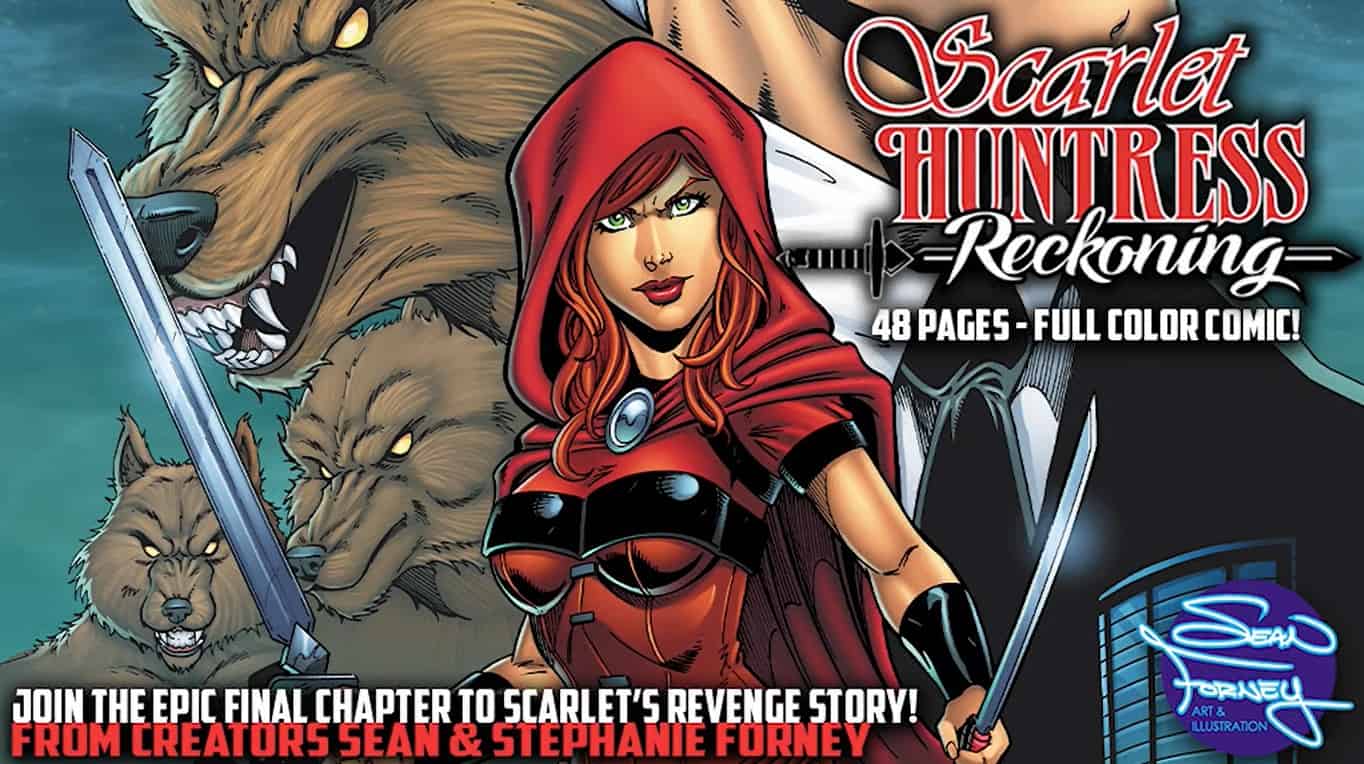 Scarlet is a modern-day descendent of little red riding hood hunting werewolves and seeking revenge for her mother’s murder while coming into her own as she takes up the mantle of the Scarlet Huntress.

This new book is the culmination of Scarlet’s first story arc – seeking answers and revenge for her mother’s murder. Co-creators Stephanie and Sean Forney are finally answering our burning questions about who, why, and how Scarlet’s mom was murdered in a beautiful over-sized 48-page color comic. Scarlet Huntress: Reckoning will be the fifth book in the popular series that includes issues #1, #2, Tales Through Time (#3), Adventures (#4), and two companion books, Scarlet’s Field Guide to Cryptids & Other Creatures and Little Red Riding Hood: Origins of a Huntress. The series started in 2004, and this Kickstarter marks eighteen years of stories and art surrounding Scarlet fighting werewolves, coming into her own, and searching for her mother’s killer.

Writer Stephanie Forney and artist Sean Forney bring us a great 48-page tale of our favorite Columbus, Ohio werewolf huntress as she finds and fights her biggest adversary…and brings a reckoning:

Scarlet reaches her goal of finding answers and finally faces Malakov to get revenge for her mother’s murder. It’s going to take a team to finally beat her biggest enemy along with some magical help from the secret amulet. Who will survive? Will Malakov finally answer for his crimes? Will the truth be revealed? You’ll have to read to find out who will receive their day of reckoning.

Glarien of White Ash 1-2:a fantasy series for mature readers

Glarien follows the early days of White Ash’s most dangerous elf as told through the eyes of Rachel, a young woman living in 1970’s NYC 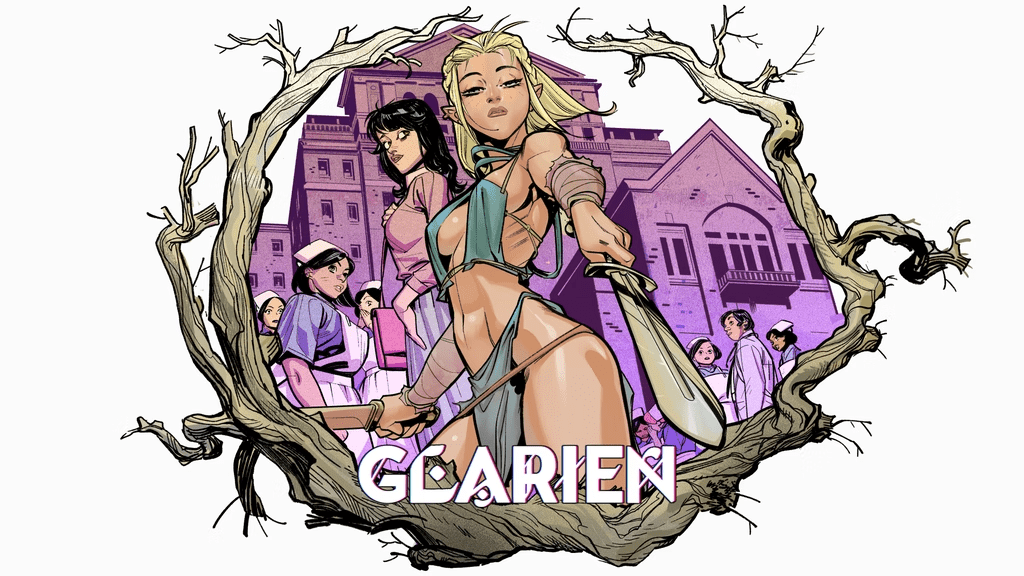 Glarien follows the early days of White Ash’s most dangerous elf as told through the eyes of Rachel, a young woman living in 1970’s NYC.

Glarien follows the stories of two women and the different paths they take to overcome life-altering tragedies. Jumping from the elf realm of ancient Alfheim to the gritty streets of New York City circa 1971, two seemingly unrelated tales will slowly weave together to reveal a critical piece of White Ash’s complicated past. Oh, and because Glarien is involved, expect carnage… lots and LOTS of carnage.

Bang:The Ballad of the Tiger Volume 1

A fantasy battle comic, playing off the Sword and Sorcery genre, with a girl wearing a Silly Hat and using Kung Fu. 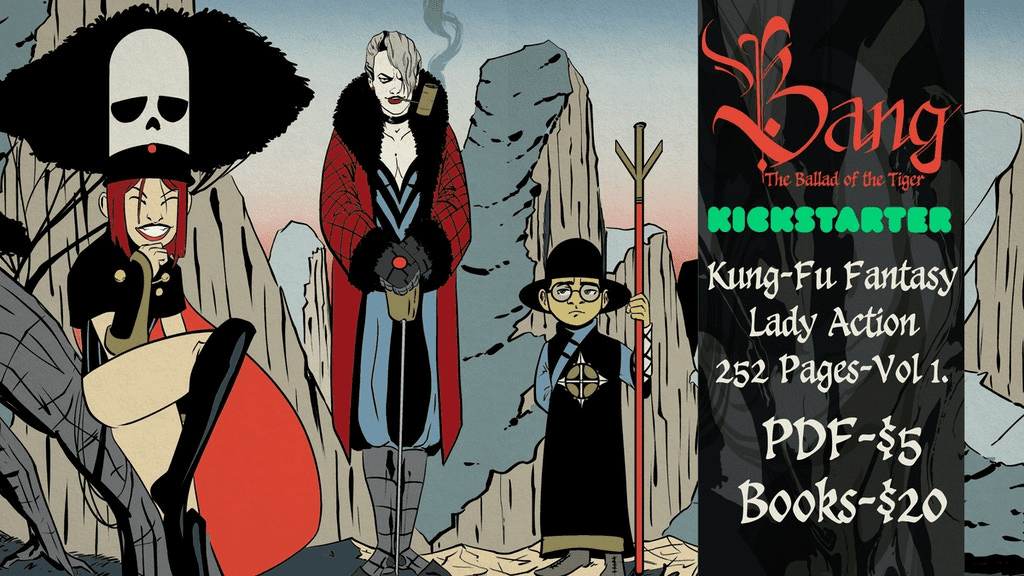 A fantasy battle comic, playing off the Sword and Sorcery genre, with a girl wearing a Silly Hat and using Kung Fu. Bang is a young woman thrown out into the harsh world after being labeled as a rebel by the new government. She is joined on her adventure by Eddie, a scared, small child with hidden powers, and Yasemine the Blade, a deadly sword fighter full of secrets. This is a fantasy story, but at its heart, it is about leaving home and learning to deal with changes in your life.

In a world where machines are fast replacing humans, what will one ballet dancer do to keep up with impossible standards? 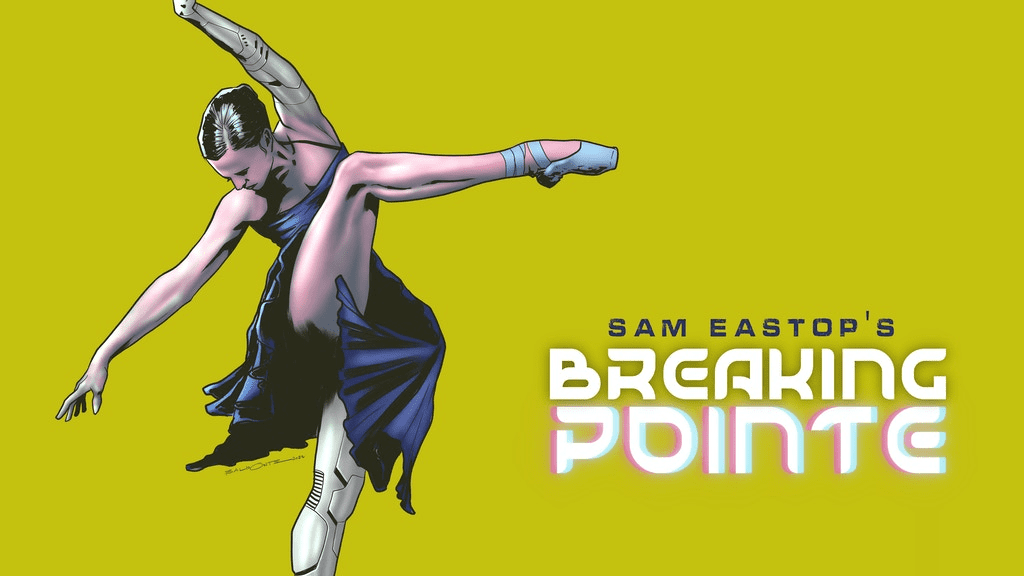 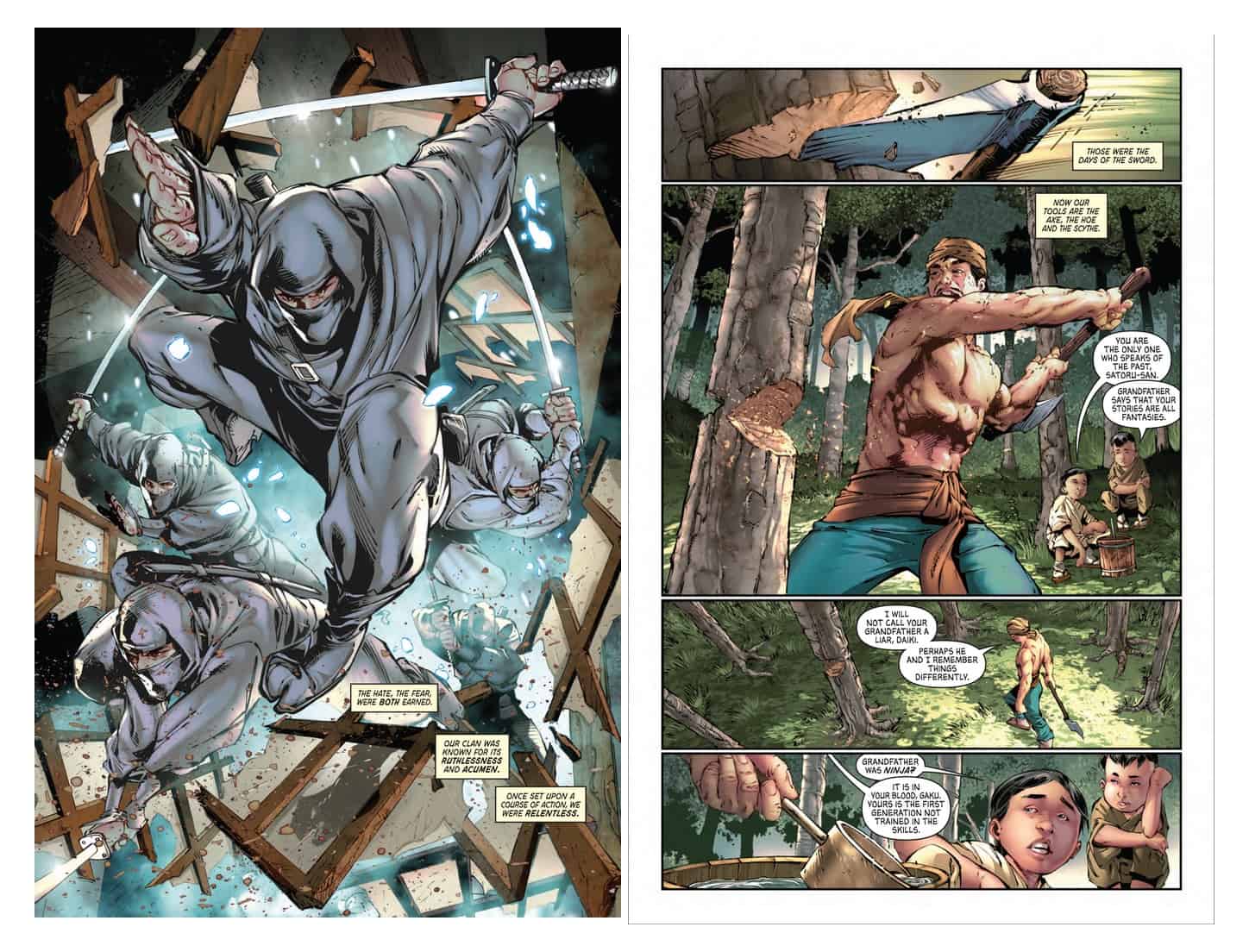 Set into motion by the callous destruction of sacred burial ground hidden for centuries deep in the Japanese countryside, The last of the ninja, Satoru, finds his efforts to be futile in stopping the brutal massacre of his entire village by a horde of preternatural bears, who have descended upon the humans in retaliation for the sins against their ancestors’ remains.  Fully aware of his inability to avenge his village against the mighty beasts, Satoru looks to his gods of war for spiritual guidance in this quest. Their answer is clear. Vengeance cannot be wielded by the blade of his sword, but only at the end of a rifle barrel belonging to the legendary American frontiersman, John Wilkers.  A trail of blood leads the lone ninja and the famed mountain man to the mother of all living terrors, the demon bear Fire Cloud. 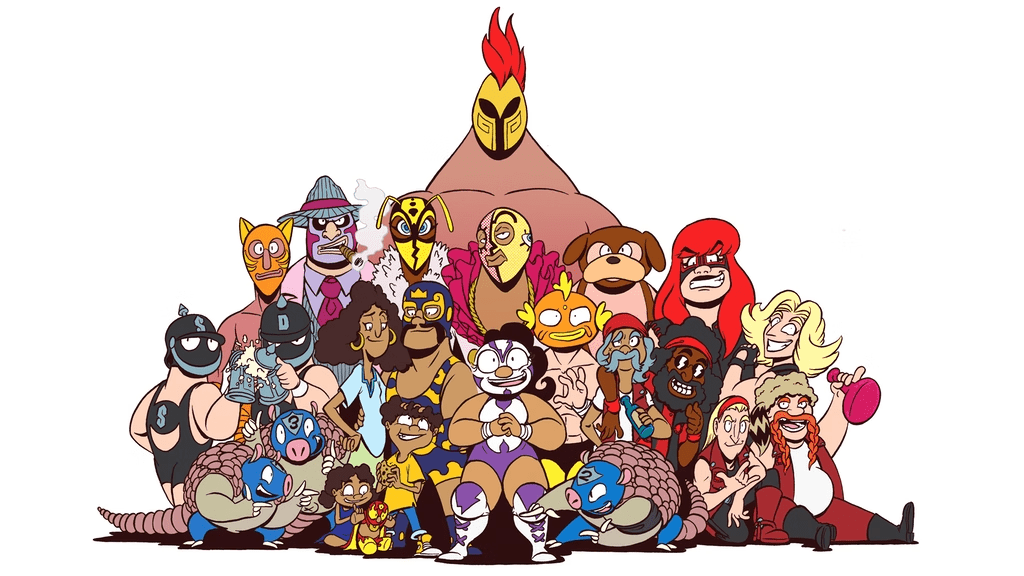 Bombastic Lucha Libre comic action! Sixteen Luchadores enter, only one can win! The Legend of La Mariposa continues! One prize. Fifteen luchadores. Summoned to save an old friend from himself, La Mariposa finds herself caught up in a contest of champions contained in the crumbling confines of a collapsed coliseum! Will our purple powerhouse triumph over the odds? Can her friendship survive the challenge? What secrets lie behind the Mask of Vulcan? The Legend of La Mariposa is a pulpy, colourful all-ages action series set in a world governed by the traditions and folklore of Lucha Libre. It’s best described as a cross between Nacho Libre and Samurai Jack with a dash of Steven Universe. You don’t have to be a wrestling fan to enjoy it, you just have to like colourful characters, high-energy fight scenes, silly jokes and HEART.