From Source Point Press and writers Garrett Gunn, Christina Blanch comes the GOOB BOY: OMNIBUS Hardcover as Flint Sparks and his human Jon, both former mercenaries, have settled down in quiet retirement from an industry where the job is supposed to be forever. But, unlike anyone before, they found a way out. However, this new life, filled with peace and joy, is not to be. In the dead of night, some of their former “colleagues,” who disagree with their decision to retire, break into their home and murder Jon, leaving Flint alive in the bloody aftermath. They killed his human. He wants revenge. 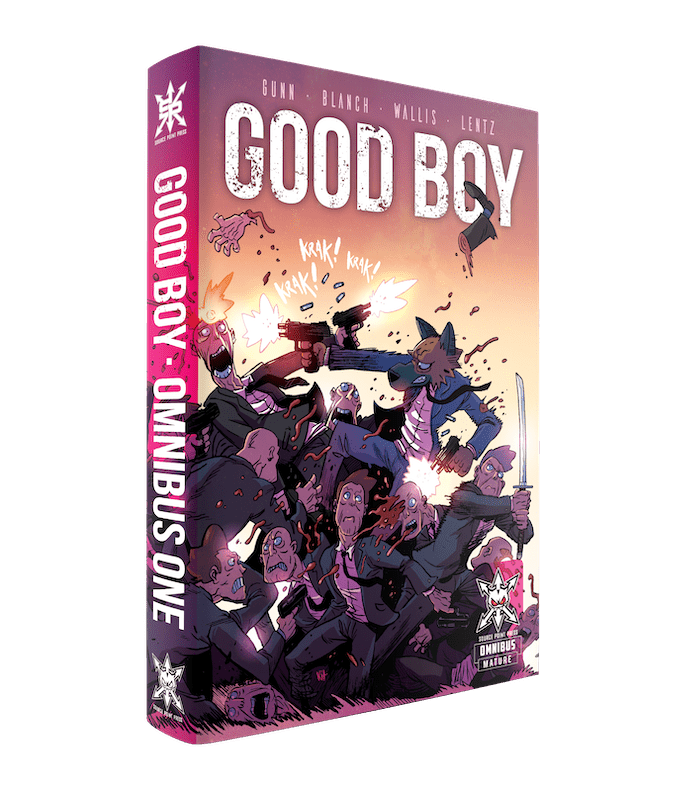 This Hardcover Omnibus is 250+ page collecting Volumes 1-3 of the hit series Good Boy!

What The Gnomes Know

Gnomes hold a mysterious position in folklore and modern pop culture. Some say they are tiny inventors trying to navigate a human-sized world, while others say they are bold adventurers exploring the realms of fantasy. But, unfortunately, we still don’t know much about them, and even what you think you know may not be true!

We have assembled a team of talented cartoonists to reveal more about these elusive creatures and show you gnomes’ various sides. Be they post-apocalyptic scavengers, necromancers, or even detectives, these stories show there’s more to these little folk than you ever knew! 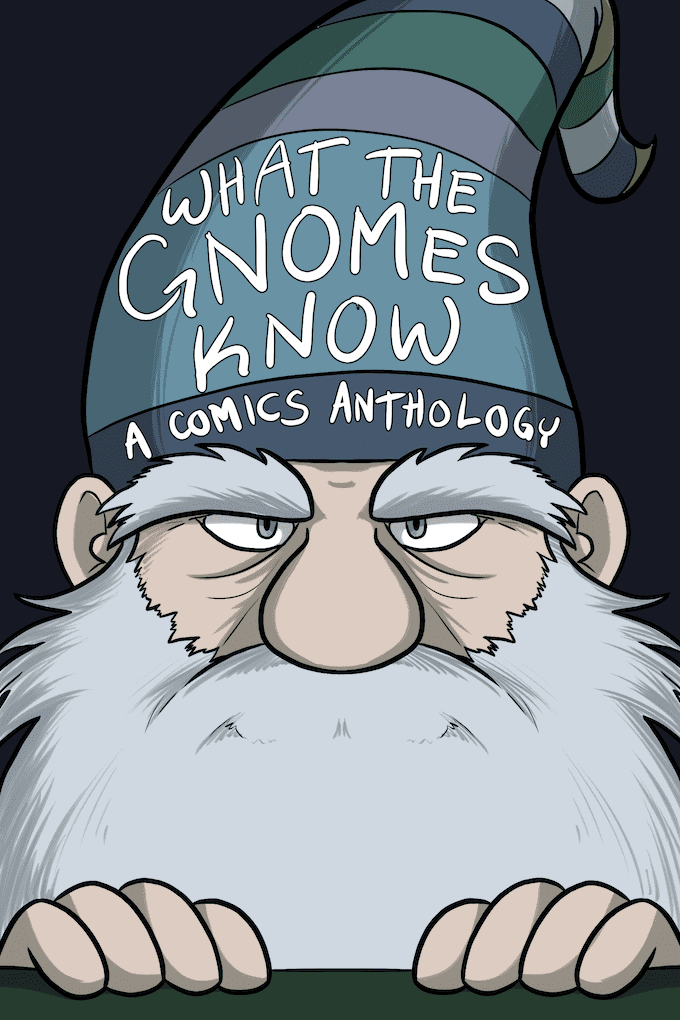 The brainchild of CanonWrite Productions from cartoonists Rainer Kannenstine and Ben Wright-Heuman who specialize in organizing comic anthology projects that bring together talented creators from all over.

Rebel, blonde, nerd, jock, artist, feminist. Six teenagers you know all too well… Meet THE GREAT UNKNOWN (and a clown). In love, IN HELL.

A GRAPHIC NOVEL ADVENTURE BEYOND THE HUMAN

Six youth awaken in a surreal landscape, unaware of how they got there, their memories hazy and jumbled. An ominous voice informs them; They are dead and this is Hell. Drama and conflict quickly blossom, and from them surprising phenomena emerge. Johnny, Barbie, Arthur, Dexter, Willow and Christine will come together, recall the history they share, and discover their destiny, together, IN HELL. 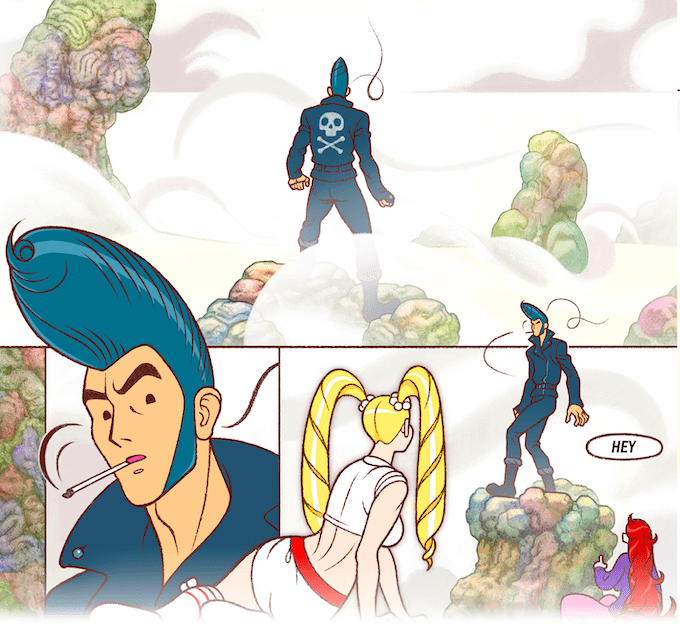 Discover the first chapter in an epic adventure within an evolving, surreal fantasy realm. Featuring intense, sophisticated adult content, IN HELL is…

IN HELL about the thrill that comes from juxtaposing the familiar,  perhaps even quaint, with the alien, the exotic. This includes exploring the alien WITHIN the mundane, for example, discovering the hidden, previously unseen depths inside widely known figures, such as the pompadour-sporting “rebel without a cause”.

Vampire-kind reaches for the stars in this Underworld-meets-The Expanse adventure.

Pioneers: Blood & Stars #1—the first of a five-part series—is a beautiful, high-quality, full-color 28-page story full of Sci-Fi action, Unlikely Friendships and BIG TEETH as we set a hungry vampire loose on the claustrophobic subterranean streets of a tough mining colony on Saturn’s ice-moon Enceladus!

150 years in the future… Earth is exhausted, and mankind is spreading across the solar system to harvest the resources our homeland can no longer provide. But it’s not only humankind flying the nest.   Earth’s darker inhabitants are also stretching their wings.

The Sheerwater Ice & Mineral Station on Saturn’s moon Enceladus is a tough, ice-hardened pioneer colony, into which drift’s Lilu, a disciple of one of earth’s oldest civilizations. Secretive, remorseless, and needing to feed. Lilu is a vampire!

In a dangerous mining town deep beneath the surface, Lilu explores her species’ ability to survive this new environment – while an unlikely group of allies: Beagan, a punky, young Earth refugee, Coster, an android ‘CoffeePod’ Barista and emergency services worker Angelo attempt to keep pace. 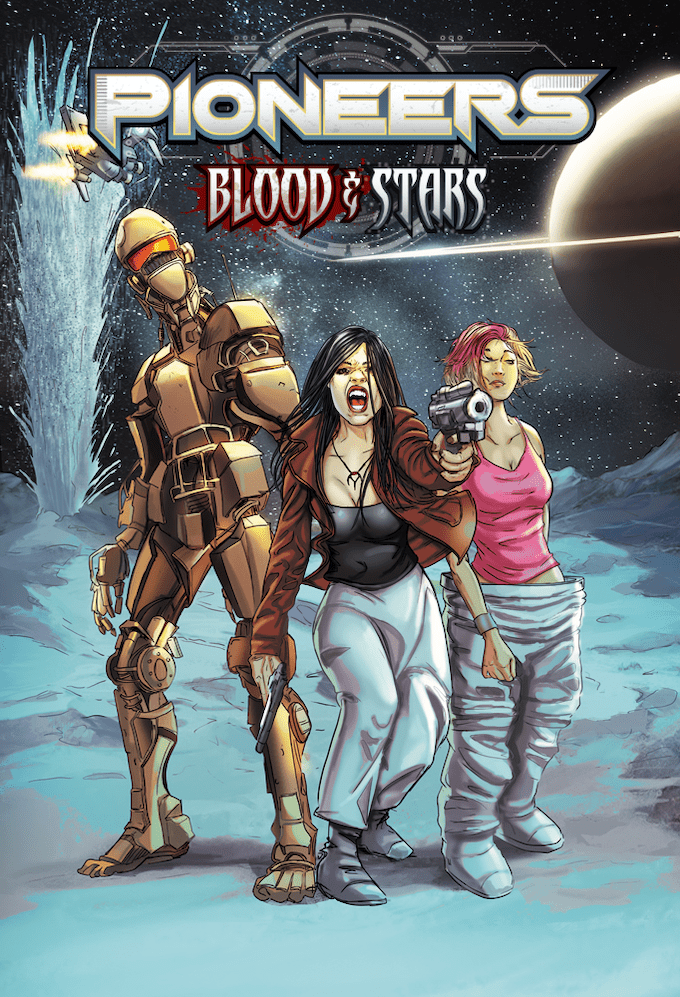 In this confined space, they and the pioneers of Sheerwater will face the greatest evil in our solar system.

It’s time to find out who your friends are!

A legendary lawman standing between civilization & chaos pays the ultimate price in pursuit of justice.

Reeves escaped slavery, became a feared tracker and bounty man, then accepted a commission as the first black man west of the Mississippi to wear the silver star of the US Marshals service. Bass always got his man, arresting over 3,000 outlaws – a record that stands to this day. 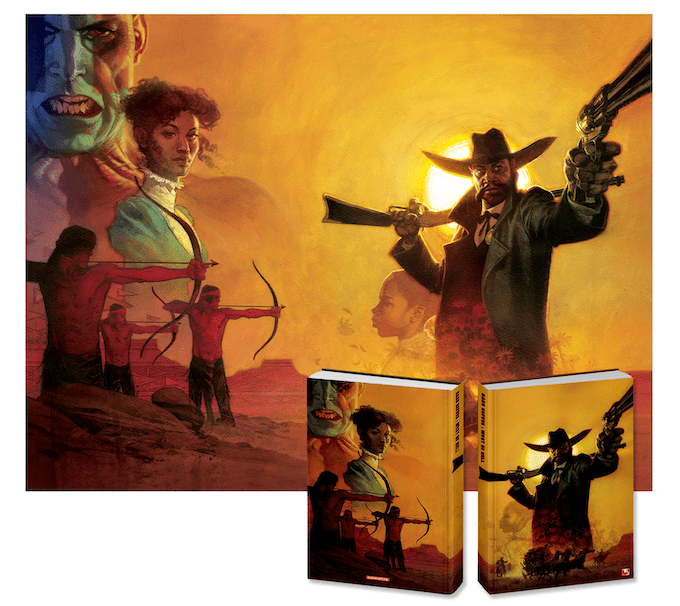 Bass Reeves: West of Hell binds all six episodes of the Bass Reeves series into one magnificent 136-page volume.