A few weeks ago we featured Ichabod Jones volumes 1-4 (finale) + The Complete Series, Check out this interview with series creator Russell Nohelty:

You still have 5 Days to jump on this awesome project.

A fugitive suspected serial killer hides in a Halloween haunted house, only to find horrors even greater than himself within.

When a suspected serial child murderer escapes police by hiding in a defunct Halloween haunted house attraction, he finds himself terrified by more than just the rusted animatronics and old-fashioned jump scares, for the midway madhouse he ducked into is infested…with the vengeful clowns of the Vicious Circus. 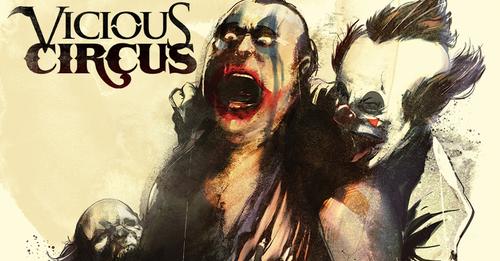 Vicious Circus is a revenge fantasy horror in which killer clowns run amok, hunting – not children – but evil adults who victimize the innocent and the helpless. In this world, the little ones saved from those predators are sheltered in the circus and transformed to be its denizens, their damage and strengths turned to fit the needs of the show. In the Vicious Circus, every carnie – every performer – is a survivor and a piece in the spectacle that roams the land and frees kids from those who would harm them.

In the middle of a zombie apocalypse, two unknown women are isolated in a house that functions as a fortress. Security gives way to boredom and the lack of trust between them turns into a friendship that surpasses unimaginable limits. But it is only a matter of time before food becomes scarce and calm turns into uncontrolled lust, fueled by impending death.

DEVOUR is a comic that seeks to blur the boundaries between horror and the baser instincts of human nature. If you enjoyed THE WALKING DEAD and Milo Manara’s comics, this story is ideal for you. 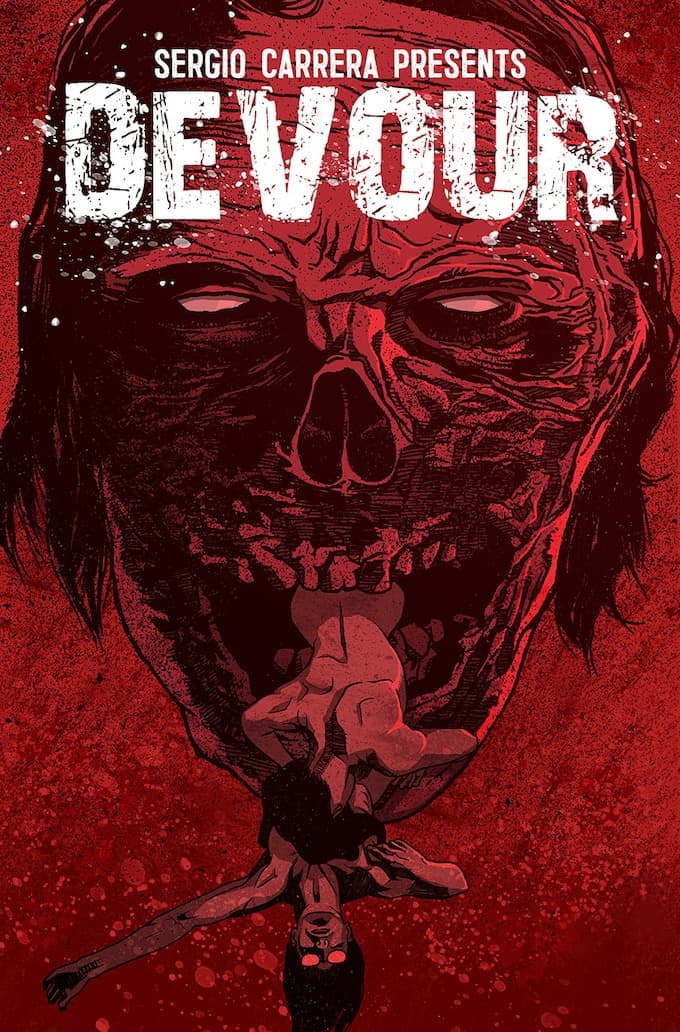 DEVOUR is a 80 full-color pages comic with large doses of eroticism (ONLY FOR ADULTS).

A hardboiled detective uncovers a plot full of corruption & MAD SCIENCE. If he can learn to rely on his friends, then he MIGHT survive.

MANDRILL P.I. Issue #3 is the 24-page third chapter in the story of a hardboiled, hard-drinking private detective in a cartoon city who must solve the murder of its foremost celebrity. As he investigates the crime, he learns of a deadly conspiracy that festers behind the scenes and threatens to engulf the entire town—a conspiracy filled with MAD SCIENCE and insanity that would only be possible in a cartoon world! 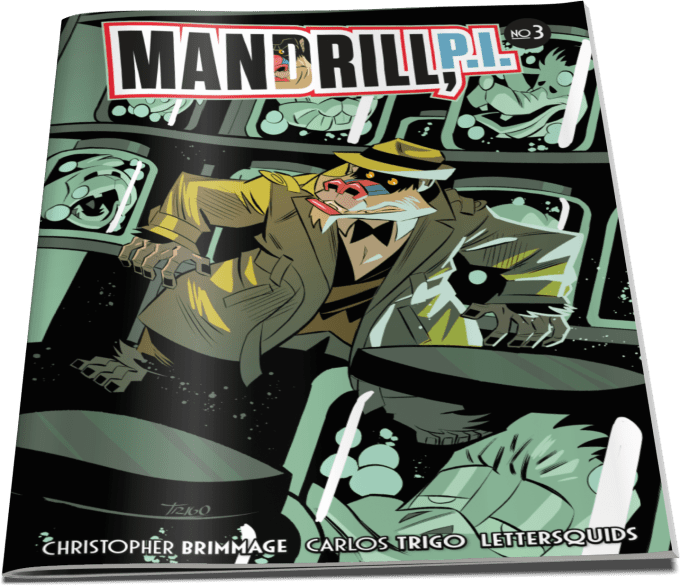 The 32pg third installment to the Hell action comedy has Belial gunning for Death and dealing with the betrayal from his closest ally.

Belial is a 32-page action adventure hell comedy about the original creator of Hell. Lucifer has taken his domain from him, and after centuries of wasting away in a crummy bar he’s had enough! Now, with his impish cohort Linc and bar manager/former general Mammon, he seeks to take his powers back from the Four Horsemen and usurp Lucifer to once more be the ruler of all Hell! 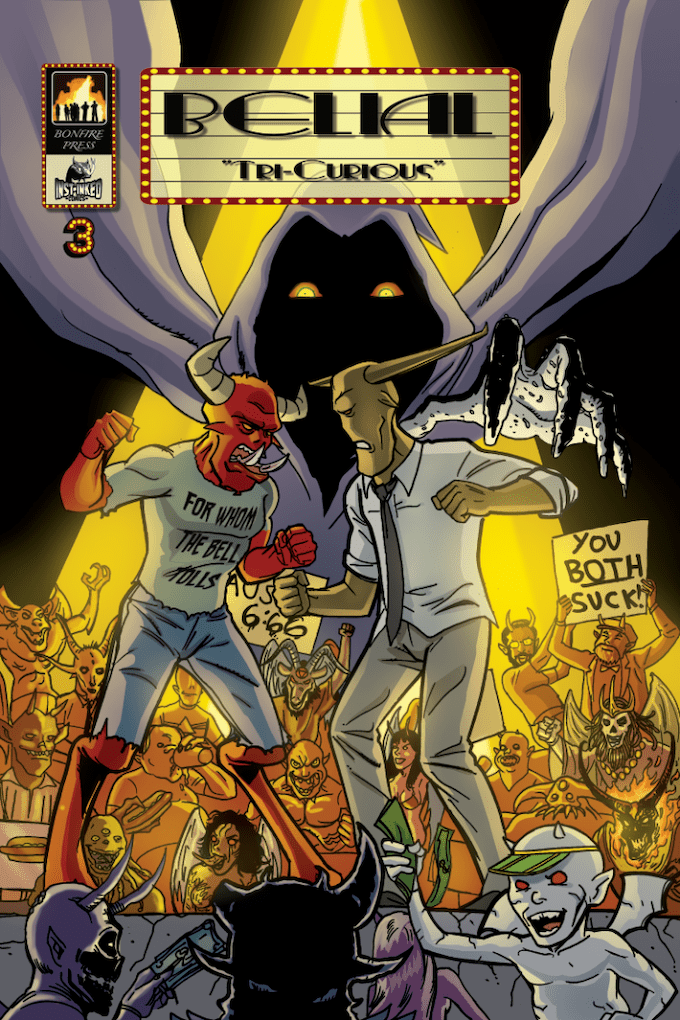 Co-created by Shaun Barbour and Chuck Pineau this is more than just a comedic take on Hell. This is a chance for both creators to bring their sense of fun to comics, to temporarily ignore the shitstorm that is our world, and just laugh and enjoy.

Cirilla (Cirray) MacKinlay is a strong-willed farm girl, born and raised in the Scottish Highlands during the 19th century, who dreams about a life of adventure. Upon discovering her Pureblood Monoki werewolf lineage, Cirray’s eyes are opened for the first time to the existence of Supernatural beings and creatures of Fantasy.

With the aid of Silver Mane, a fellow Pureblood Monoki, Cirray must find her place in the world while training to master her lycanthropy in-order-to battle the Dark Covenant of the European region, led by the malevolent Mongrel Monoki, Grim Fang. Cirray MacKinlay is Snow Paw! 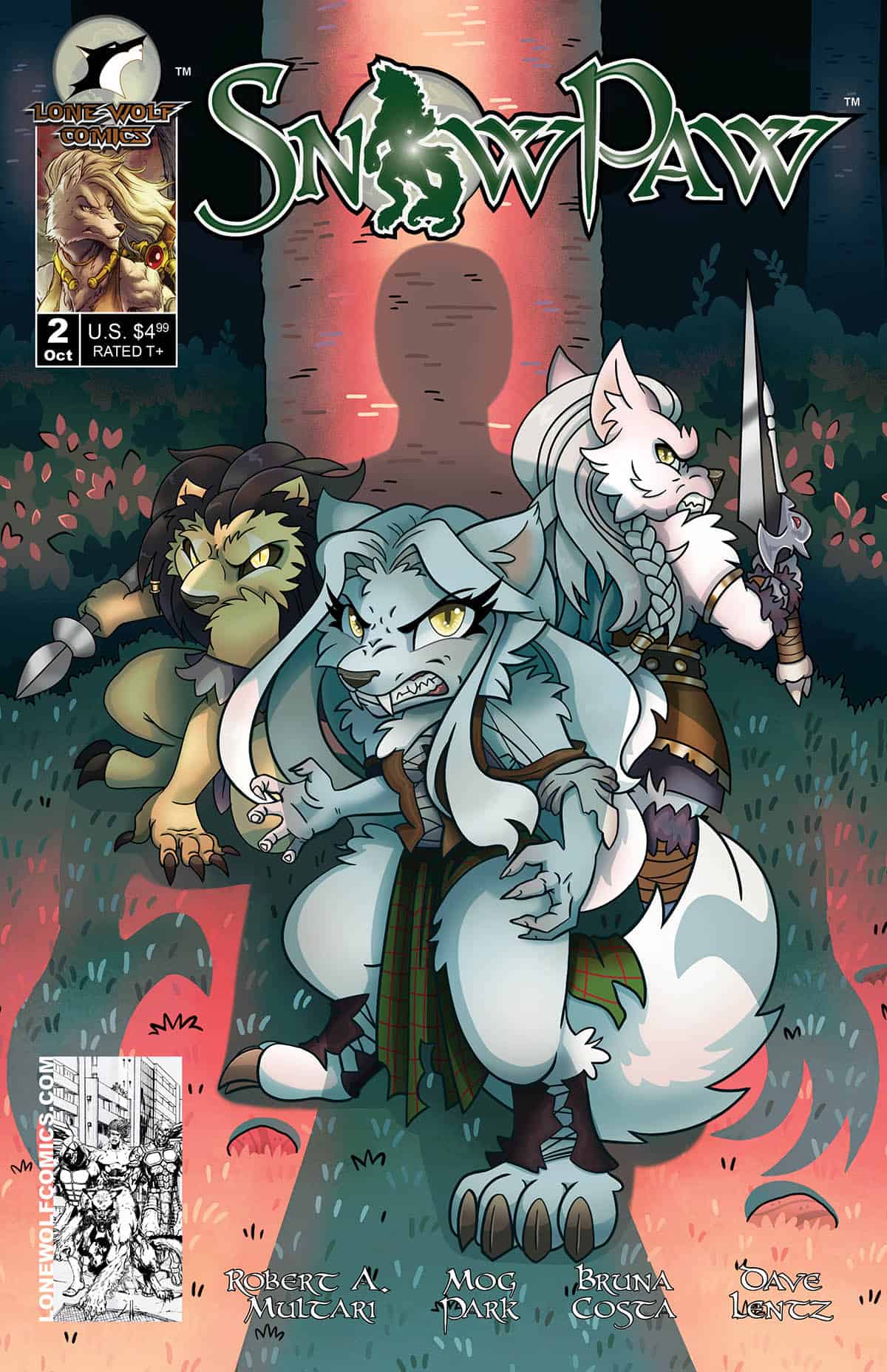