All new tales of terror and dark horror.

All new tales of horror and dark fantasy from the minds of eight twisted creators! 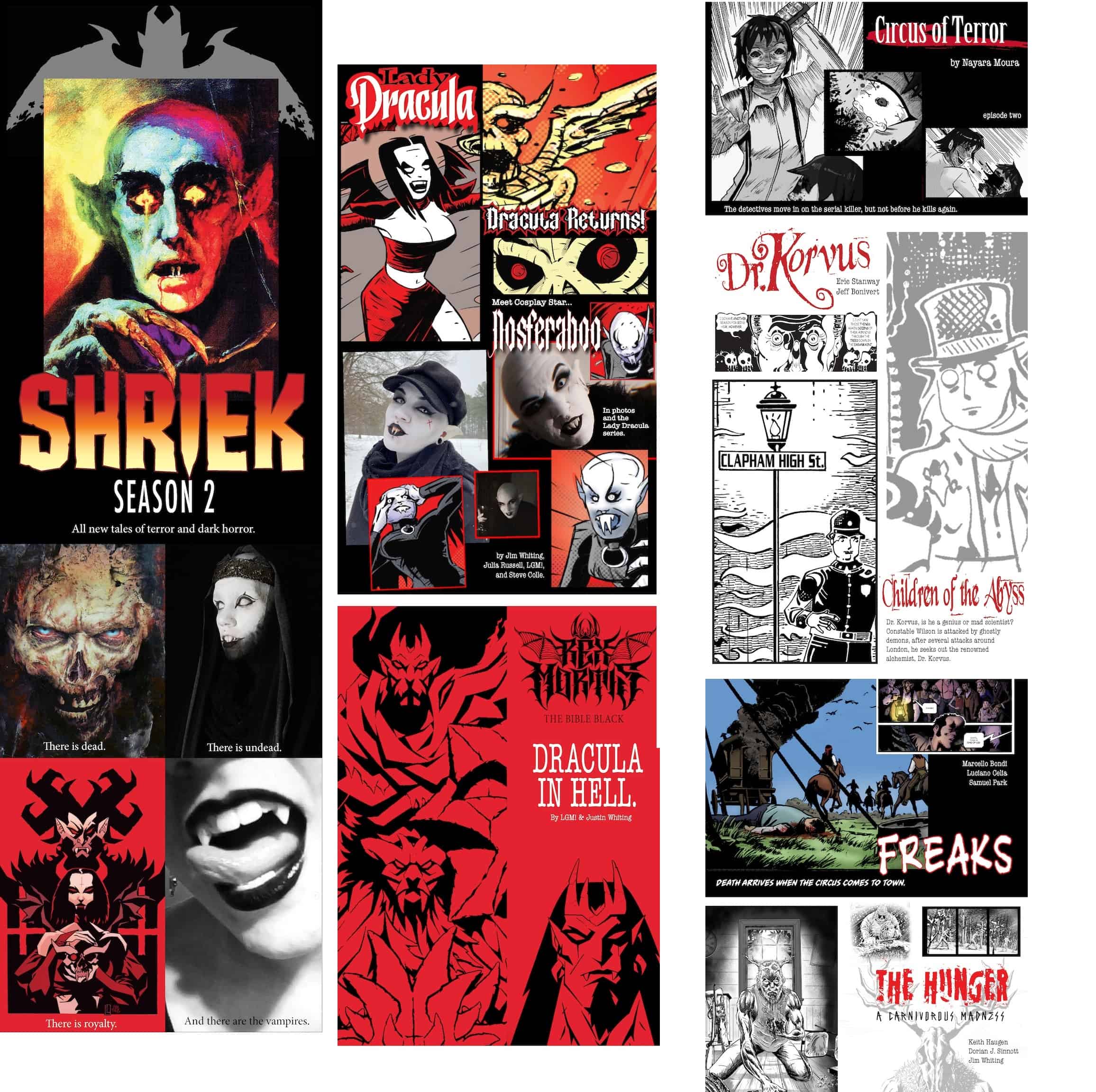 Mayhem, Murder and Monsters rule in this 72 page book of Grinder-Punk horror comics and art.

Beekeeping is still a cutthroat industry.

When low-rent thief DC Cole makes off with Jolene Witherspoon’s entire supply of beehives, she’ll have to scour the farms, apiaries and secret networks of rural California to track him and her bees down. With nothing to go on and a mean temper mixed with desperation, Jolene’s crusade will push a rural crime family and its psychopathic soldiers into action to protect their interests and put a pair of bored Agricultural Task Force cops up against something way scarier than stolen tractor parts. These stories will all intersect in violent, amusing and bloody ways in a world where everyone is trying to get rich, get out or get their bees back.

The next two issues of a 6-issue series, Foulbrood is a comic that explores bees, crime and the intersection of bees and crime. This rural guns and robbers odyssey follows a furious beekeeper, a down on his luck bee thief, a pair of elderly crime kingpins, their murderous grandkids who keep their empire afloat, and a bored pair of agricultural task force cops. Their lives and (mis)fortunes will intersect as violence and revenge spreads across the sleepy farmlands of Northern California.

Foulbrood reunites GLAAD and four-time Eisner-nominated writer Christopher Sebela (Crowded, Dirtbag Rapture, Shanghai Red) and artist Claire Roe (Bury the Lede, Batgirl and the Birds of Prey, Nebula) for the first time since their collaboration on the queer reincarnation thriller WE(L)COME BACK. Rounding out the team of co-creators are colorist Hank Jones, letterer Hassan Otsmane-Elhaou and editor Jasmine Walls.

The second chapter in a series of fully illustrated graphic novels follows the journey of Solomon, the world’s first werewolf.

Lycan: Solomon’s Odyssey is an ongoing series for mature readers set in an alternate telling of our own universe, with an emphasis on mythology and folklore. 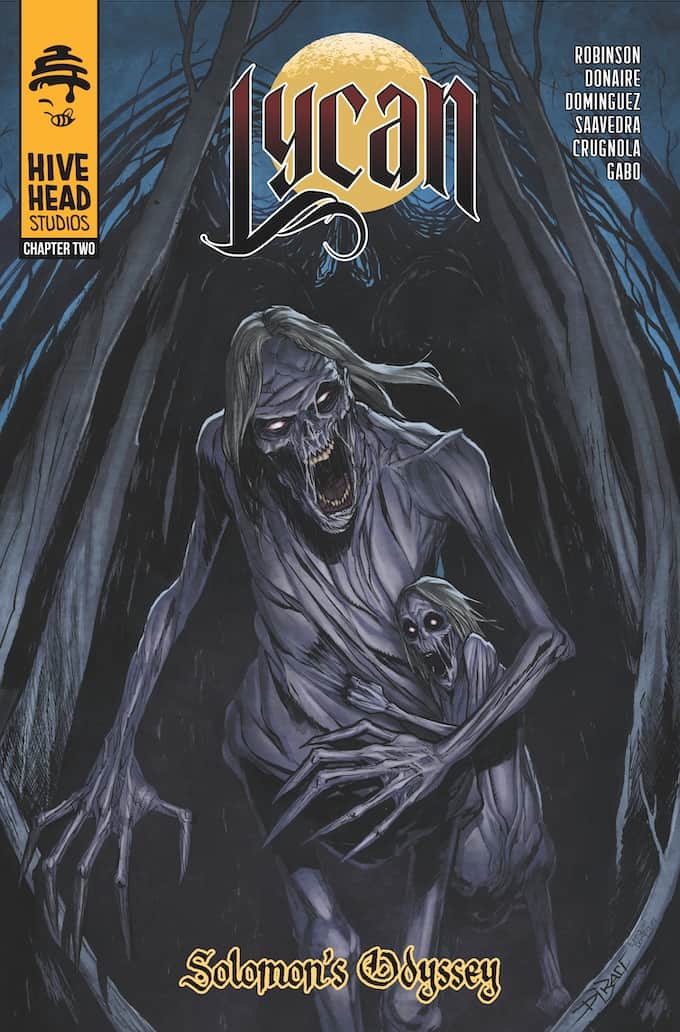 Written and created by Dennis Robinson, with art by Salvador Donaire, colors by Ezequiel Dominguez, and letters by Joel Saavedra, the 60 page second chapter of Lycan: Solomon’s Odyssey continues the story of Solomon, the world’s first werewolf. This story examines the potential PTSD of such a change in one’s life, while also exploring regional folklore and the introduction of magic!

After the shocking ending of Volume 1, Josiah Black will discover that man is far deadlier than any monster he has faced.

Josiah Black has been many things in his life: farmhand, cowpoke, sheriff, rebel outlaw, killer, drifter and now a monster hunter.

Under the direction of Mr. Caligary, Black finds some contentment, hunting hell-spawn critters that roam the land masquerading as ordinary folk, monsters who are preying on the innocent.

Approached by an enigmatic woman asking for his help he reluctantly agrees, setting him off on a trail of murder, mayhem and monsters that will change his life forever.

The world he lives in is not what it seems. 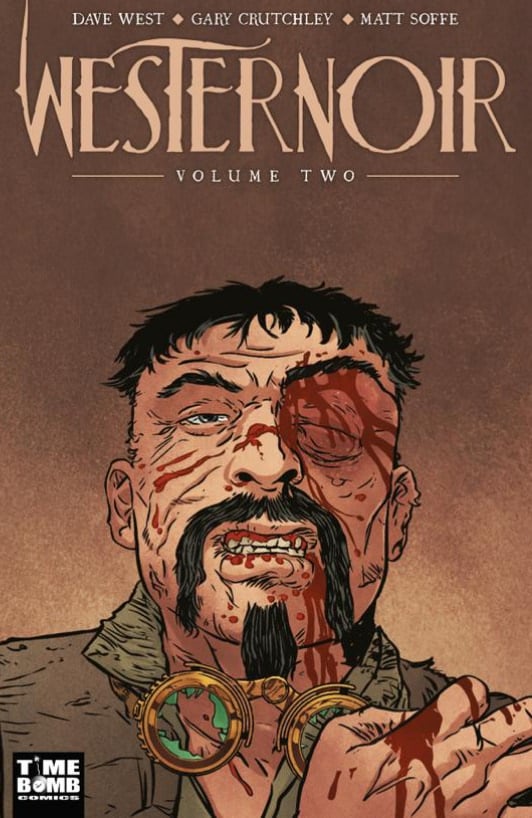 Hell-spawn critters roam the land, masquerading as ordinary folk, preying on the innocent. The job of putting an end to them falls on Josiah and his trusty six-gun.

Do you like Anime? WEBTOON? Queer stuff? Celebrate your love for all things GAY and GEEKY with enamel pins from “Slice of Life” (GL).

When gritty anime protagonist, Lady Vengeance, is brought to the real world by a super fan, she’ll learn there’s more to life than darkness and revenge…and she’ll find love with the super fan’s twin sister – a kind-hearted cheerleader.

Slice of Life is a queer romance that deconstructs the “slice of life” genre, unpacking the importance of everyday narratives to tell a larger story about the meaning of life from the point of view of a fictional character.

A graphic novel benefiting refugees in a Danish deportation camp.

Kærshovedgård deportation camp is situated in an isolated part of Denmark, far away from the consciousness of the general Danish public. It is a closed camp with fences and no bus stop.

The immigrants and refugees here are stuck with no check out date, living in a vacuum with constant uncertainty about what tomorrow will bring. As a rejected asylum seeker in Denmark you are not allowed to work, study or access the country’s universal health care system. Because of this many refugees live untreated and unmedicated while in absolute poverty.

Many have lived like this for years and have no support from the world outside.

People here have many stories to tell and this initiative aims to give them a voice.

This half-goblin halfwit’s gotta save the world from zombies if he wants to save himself… Bummer.

Mr. Guy: Zombie Hunter is a zombie-apocalypse caper of ridiculous proportions. Our reluctant hero, Mr. Guy, is your average half-goblin halfwit just getting by in his modern high-fantasy world. Then, on a cow-sitting gig, he gets bitten by some decomposing jerk!

In Act 1: To Save Himself, the original 54-page zom-com caper, our pal Mr. Guy was infected with the ZMB virus and saddled with Spooky, who helped him run for his life…er…fight ferociously against a mutant ZMB, a horde of horrifying, hungry shamblers, a be-dead-ed barkeep, and even an unholy cow!

Now, in the 64-page Act 2: The Hecking Heck of It, Mr. Guy and his power-enhancing, re-un-dead-ified pal Spooky must face all the hecks in Heck with Dante, the Dark Lord’s darkest hole, a doom swamp, a crankypants orisha, Elder Gods, a seriously gnarly necromancer, and more. 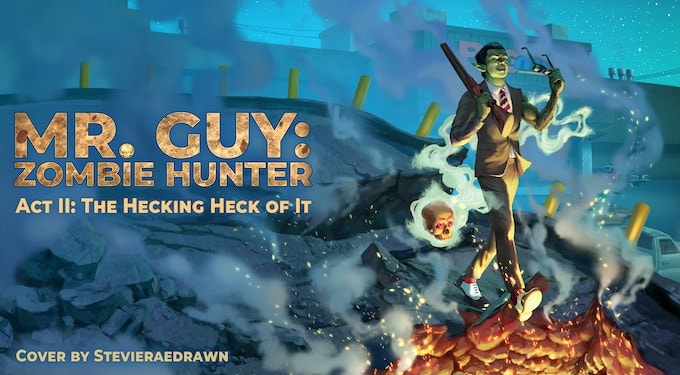 Even worse, they’ve gotta spend another whole Act together as they try to cure the zombie apocalypse and the curse that binds them together.