So You Want to Make Comics (I Do)

i started seriously drawing July 2019 at 31 years old. My job had been requiring a commute via ferry resulting in maybe 2 hours of downtime a day. I decided that after endless hours spent scrolling Facebook, Twitter and Reddit I really ought to do something productive with this time. I started with trying to recreate panels I liked to varying degrees of success, and venturing into original art went so far as to launch a webseries called the Hellacious Adventures of Hamburg in Limbo (which i am severely neglecting in favor of a larger project I can’t reveal at this time) which mainly features some easy to draw characters i used to draw as a teen but also helped me work on sequential storytelling. 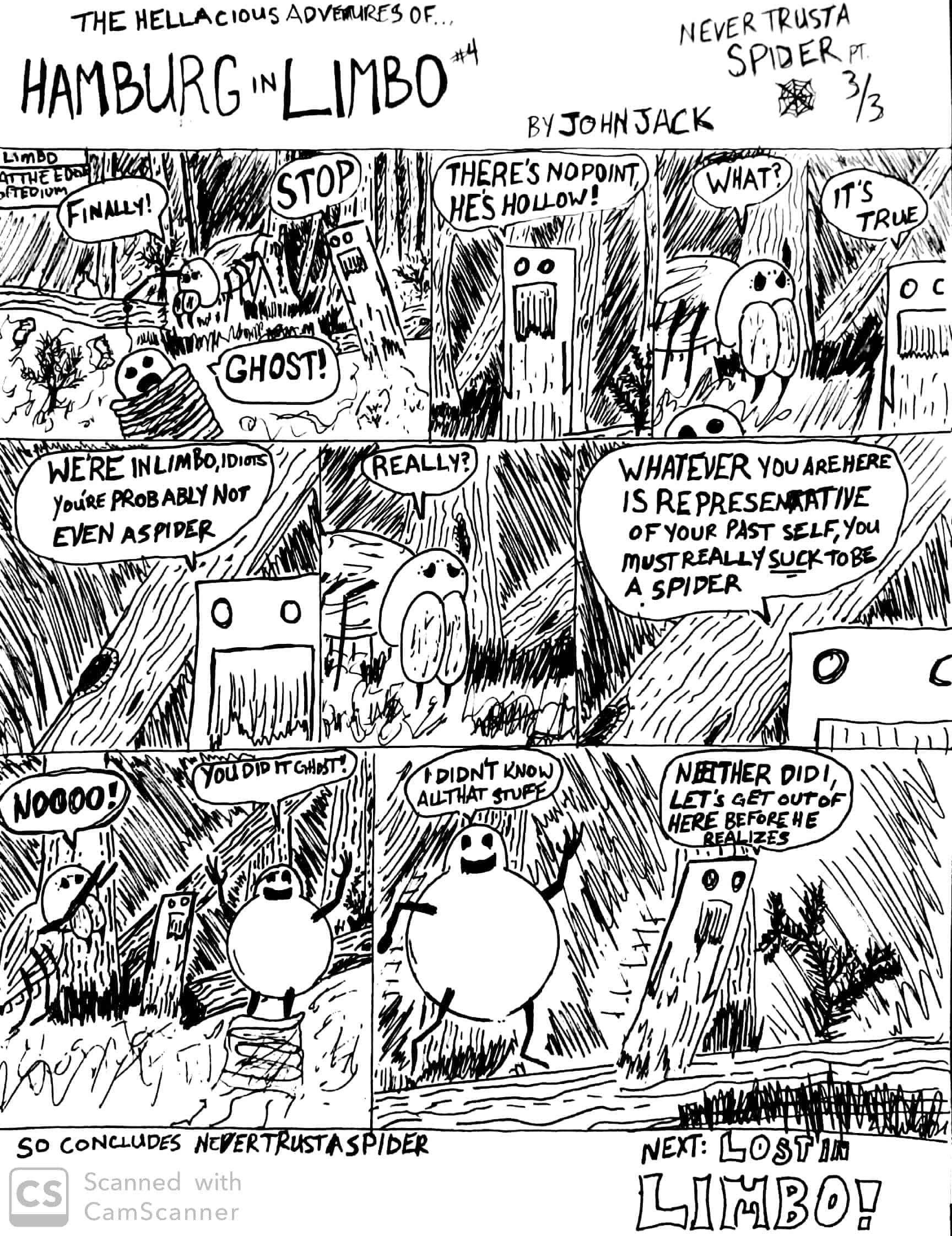 The first comic i really started investing time in linework, my fourth installment of my webcomic

I will disclose that my art at first (and still sometimes/ always is) was AWFUL in my eyes (and any one else with eyes also). But thanks to some possibly irresponsible support from a group of well-wishers and all around cool folks I’m still not sure of myself enough to refer to as my fans I didn’t give up and kept drawing. 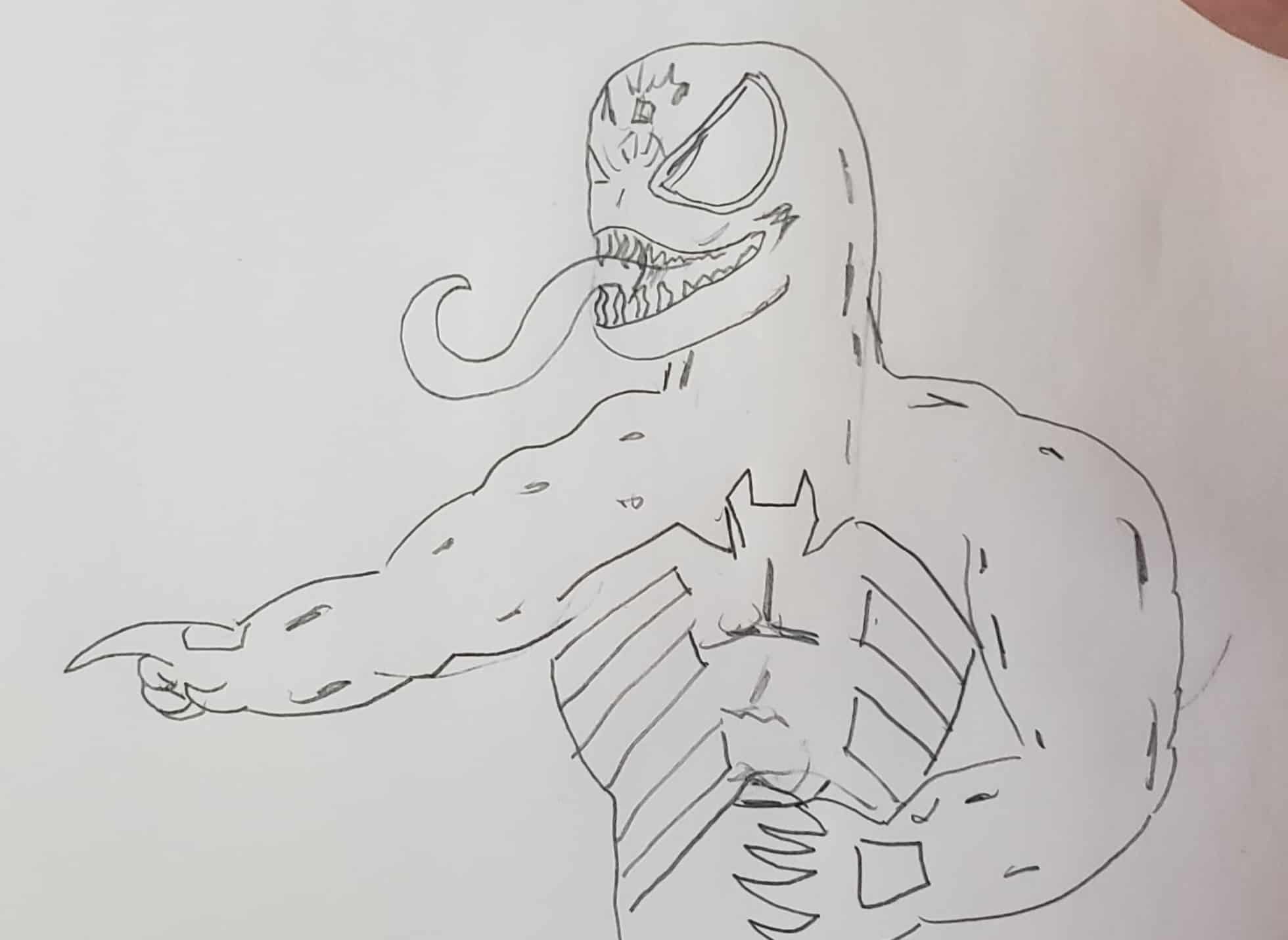 After a few weeks drawing for 3-4 hours a day I began to notice marked improvement in my linework and style. The sharing of my sketches caught the attention of a writer friend of mine who gave me a script and asked if i would take a stab at drawing it. After doing a page or two he liked what he saw and now I’m about midway through pencilling my first complete issue ever.

As for drawing the series I’m currently unable to name literally on the first page I came up on my first hurdle: a dog. I had literally never drawn a dog before to my recollection, never. How could this be? I, who suddenly had dreams of drawing for real in a Homer Simpsons-sque flight of fancy, had such a major blind spot I couldn’t draw something basic 3 panels in to the thing I wanted to draw?! My first attempts were total nonsense as of course they would be, so i did the one thing that I think has gotten me what passes for skill on my end. I drew like a hundred dogs, THREE PAGES OF AWFUL DOGS! Remember that scene in Alien Resurrection with all the mangled failed clones? It was maybe 25% as cringeworthy as that! Did I mention I was drawing IN PUBLIC?! Point of this story is after what felt like days but was probably like an hour, I managed to draw a passable dog, which I now keep on my desk as a reminder of what I can accomplish by beating my head against a wall. 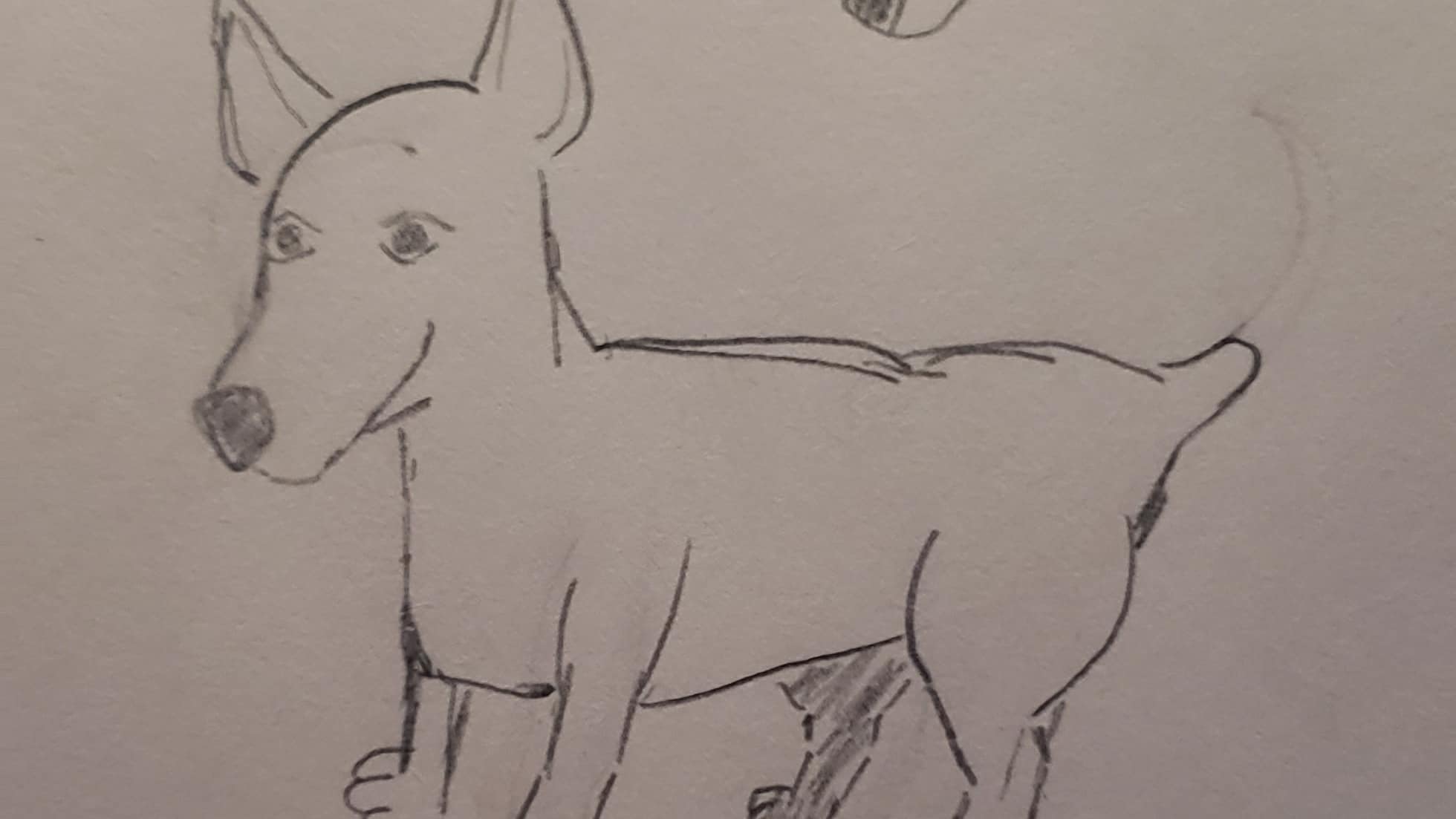 At this point I should point out I was previously one of those guys you see on social media asking pros for tips on breaking in as a writer, which is my chosen field, seeing as how, quoting thousands of tweets I’m sure, I had “next to no artistic ability” (and still have practically none TBH, I’m not faking the funk here) and was waiting on a great collaborator to zoom in from the heavens apparently. Again, I’m not saying I’m fantastic, or even good, in my eyes, but I’m gonna give it my all and hell if I don’t! Try and draw one crappy drawing. One. Just try. Hate it? Yeah. Draw another one! Keep doing it. PAY ATTENTION when reading as to how artists depict characters, movement, HANDS, FEET! Spend days drawing, any chance you get. You’ll get better. No one is a virtuoso on day 1, or day 50, but think of it this way, even if it takes you 90 tries to draw 1 panel, after 90 tries, you are one panel closer to finishing what you started. It’s worth it.

I guess the purpose of this article is something I stressed during my time playing guitar in a punk rock band to aspiring musicians, never worry if you’re good enough. YOU AREN’T! But getting there is never going to happen if you don’t start. Mozart was a beginner on his first day and so was Alex Ross (my example mostly because like me he proudly shows art from his formative time knowing it shows glimmers of a hopeful future) the key is to begin. Take the advice every pro gave me, wanna make comics? Make comics!

I will write followups if any further events become worth writing about. Thanks for reading.

So You Want to Make Comics (I do)