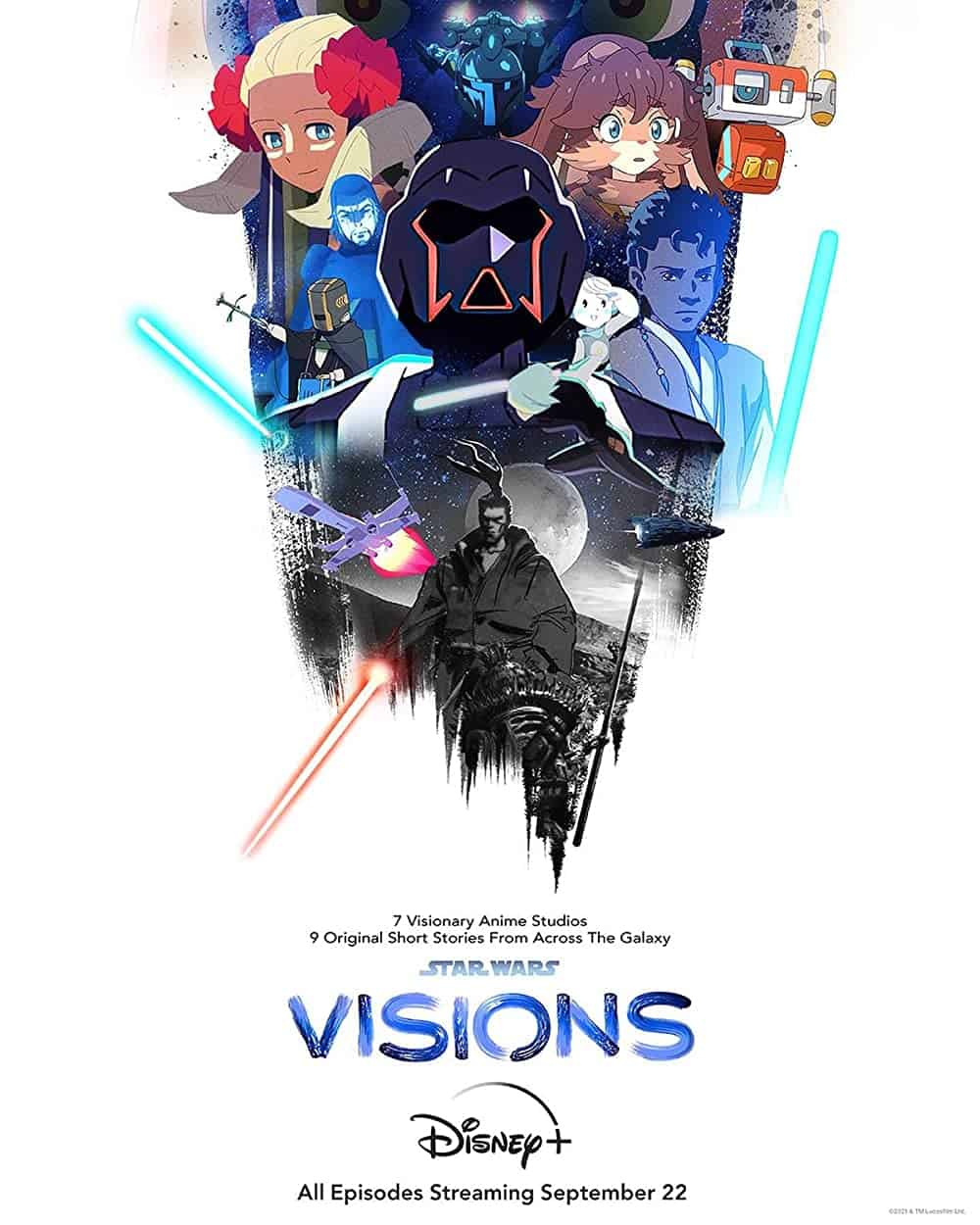 When I first heard about Star Wars: Visions, I didn’t know much about it. There were only two things I knew about the series before watching it. First, it was going to be anime. To be honest, this didn’t appeal to me at first because I never enjoyed anime as a kid and still haven’t been able to get into that style of animation. Don’t get me wrong, I think their skills are great and it’s no wonder it’s popular; I just haven’t been able to enjoy it for some reason. Second, these were going to be new stories that weren’t told before that wouldn’t really be connected to the main story of Star Wars (i.e. not connected to the Skywalker story). Honestly, this second part intrigued me because I’ve been saying for a while now that Star Wars needs to expand their universe that goes away from the Skywalker saga but still lives within the world of the Jedi and other popular stories (similar to much of what “The Mandalorian” has done).

But now, after watching the series, I have to say that I was blown away by how spectacular this show is, and it may not be for the reason you think.

As I mentioned, I was never a fan of anime. But Star Wars: Visions is the exception for me for a number of reasons. It was the first episode that really hooked me, The Duel. I was amazed by the brilliant animation style and how distinct it was. It was shown in mostly black-and-white but had colors when weapons were used. The decision to use this style of contrast was absolutely amazing and worked really well. It really helped highlight the storytelling visual to focus more on the characters this way. So of course, after this episode, I wanted to watch more.

The remaining episodes did not disappoint… to an extent. There were episodes I absolutely loved either because of the narrative, the animation, or both. There were episodes where I loved the storytelling but not the animation, and vice versa. But I was honestly okay with that. After watching the entire series, I realized that this show was a showcase for the different types of anime styles that exist, and I loved that viewers got to experience this because more than likely, you are probably connected to at least one of the episodes because of it. It is such a brilliant way to be able to appeal to a larger audience while at the same time highlighting such a popular animation genre to help break through the stereotypes that are often associated with it. So you may end up loving The Ninth Jedi but then dislike TO-B1 (which, by the way, the title is totally a shout-out to Obi-Wan), and that’s okay. I think the point of the series is to tell the many possible stories of Star Wars in a variety of ways, and they definitely nailed it.

Again, what I love about these stories is that they are all unique, fresh, new, and not tied to the Skywalker saga. The Star Wars universe has so much storytelling potential to keep all generations of Star Wars fans hooked, and to explore new ways to discover our favorite elements of the fandom like the Force, the Jedis, and Siths, etc. One of my favorite episodes of the series is The Twins because it has that familiar story of family tensions (both genetically and the light/dark sides of the Force) but we’ve never met them before. Plus, we get to see the Kyber crystals that power the lightsabers used in a lot of new ways that make it interesting but also move the plot forward organically and not as a cheap plot device. It left me not only wanting to see more Visions episodes of the twins but hoping that Disney creates a live-action series of them as well.

Whether you are a die-hard or casual fan of Star Wars, I encourage you to watch Star Wars: Visions. There’s bound to be something for you, and either the story or the animation will really capture you. I now understand that anime isn’t just an animation style but a storytelling technique as well. Yes, it’s not canon. But it’s something to enjoy and makes you want to explore more of the world that could be the Star Wars canon. This show captures the spirit of Star Wars: a universe that is big enough to include all people to immerse themselves in a fandom that we can all love and enjoy for different reasons, but together as fans.

In addition to writing reviews for Comic Watch, Sean is also the host of "The Captioned Life Show", a podcast/YouTube channel for casual and dedicated comics fan (the show is a member of the Comic Watch family). He is also the senior multimedia producer for The Nerd Initiative. He was first introduced to comics by his uncle when he was young and still remembers to this day reading the first issues of X-Men and Daredevil from his uncle's comic book collection.In the little spare time he has, he also cosplays and attends conventions with his kid. Sean also spends his time with his family and travel - their favorite places are Walt Disney World and going on a cruise in the Caribbean.