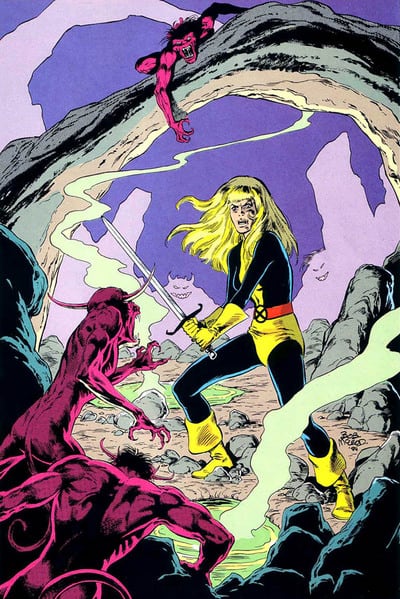 Magik is a fascinating character, one who has grown and evolved organically over the nearly fifty years that she’s existed. She was created by Dave Cockrum and Len Wein (alongside her brother, Colossus) in Giant-Sized X-Men #1 but she didn’t gain prominence until Chris Claremont centered her as an active member of the cast in Uncanny X-Men #160 when she was captured by the demonic Belasco and forced to spend a handful of subjective years with him in Limbo before returning to the story as an adolescent.

Despite the fact that her story shares certain elements with the myth of Persephone, it was difficult to pare her biography down to the mythic core, but my hope is that, by doing so, we’ll understand a little more about our cultural imagination, our Jungian collective unconsciousness as it were, and the role that these comics play in our psychology.

Once again, this essay is not meant to deride any current active religions. It is an exploration of myth, not faith. Although the two fields are related (and intermingle in places) they remain distinct.

The language of Lord Raglan’s Hero Pattern is sexist. I will correct this in my analysis. Here is the pattern, for reference. I will only explore the points which apply to my subject, but it’s important to see the structure as a whole before we begin. 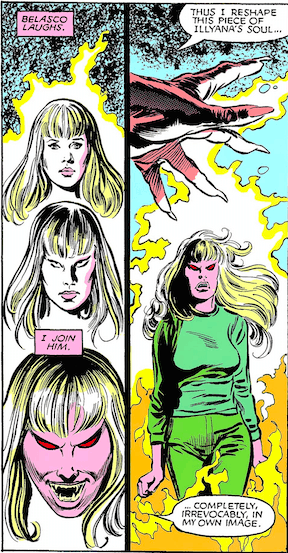 Illyana was abducted, raised (and likely raped) by the villian Belasco. Although the Universe X version of the character was revealed to be a corrupted and brainwashed version of the hero Nightcrawler, in the main timeline (classified as Universe Number 616) Belasco is the demonic entity who inspired the character that shares his name in Dante’s Inferno and who serves the blatantly Lovecraftian Elder Gods which occasionally surface across the property. Belasco filled a dark but undeniably father-like role for Magik. On the other side of the equation, serving in the maternal role, Illyana was also tutored and protected by a version of Ororo Munroe, a magic-wielding incarnation of the weather-controlling mutant known as Storm. Storm was worshipped as a goddess in her native country, and she was later revealed to be an avatar and descendent of a literal deity.

When Illyana was introduced she was sitting in the path of a runaway tractor. Her brother’s powers manifested when he saved her life. When Magik was six, she was kidnapped by Arcade and used as bait for the X-Men in his deadly theme park.

After Magik was rescued from Murderworld, she was brought to live with the X-Men in New York.

Magik was ‘raised’ both by the X-Men in Westchester and by Storm and Belasco in Limbo. 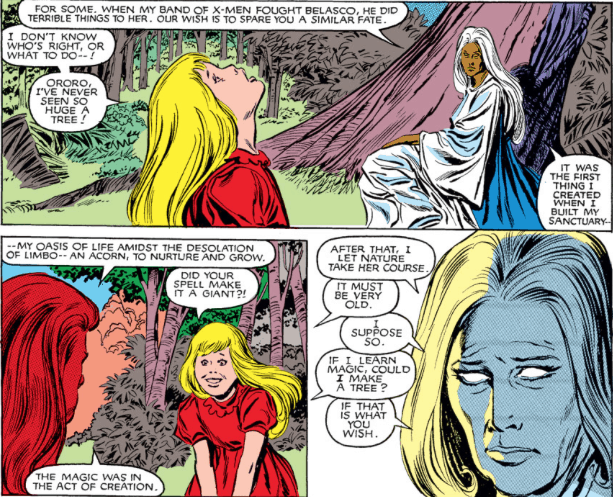 After her teleportation powers manifested (at puberty) Magik returned to her biological brother. It’s telling that this was the first time she journeyed between worlds (completing a variety of Orphic voyage) on her own. I will say, however, that since Magik makes no art aside from spellcraft, and since she was kidnapped (to a hell she returns to in a seasonal manner) in order to be raped and spiritually ravished, she is more of a Persephone figure. This places her brother (who, despite his superheroics, retains the ‘heart of a farmer’) in the role of Demeter. Since Magik develops sympathy (and something resembling understanding or love) for her abductor, as well as inheriting his kingdom, this comparison seems remarkably firm.

After creating the Soulsword, Illyana battles Belasco, ultimately banishing him from Limbo. While fighting him, she gains a demonic aspect which mirrors his own, demonstrating that she has become both Persephone and Hades — a duality that remains with the character to this day. 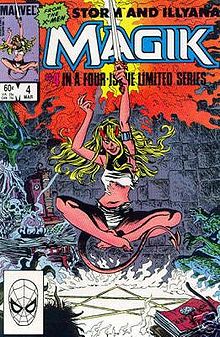 Although there is a strong argument to be made for Magik having an asexual sexual identity, her fascination with pornography and her close bond with teammate Kate Pryde (as well as decades of barely-subtextual sexual subtext) indicate a same sex romantic attachment.

Aside from this conjecture, Magik remains closely bonded to her teammates in a way that reflects the strength and closeness of marriage.

Magik is literally the ruler of the Limbo dimension.

Magik has performed this role, both textually and off-panel. She banished Belasco and altered the laws of Limbo. Added to this, Magik is currently one of the Great Captains of Krakoa. She is the one who delineates the laws of combat.

Magik has been deposed from her position as monarch of Limbo. She has been exiled from the X-Men and New Mutants. None of these exiles have been permanent, given the nature of comics, but then neither is death.

At one point, Magik was regressed back into childhood, forfeiting her powers, her throne, and her role as hero. This regression into a state of sacred innocence led directly to her death.

The appearance of The Legacy Virus in the X-Books remains one of the pivotal incidents in the series. When newly-innocent Illyana first contracted and then succumbed to this illness, very little had been revealed about the nature of the disease. 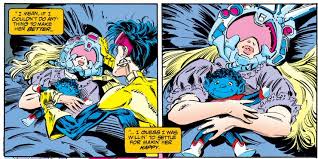 The visual framing of this death (that small body, in the high, lonely bed) created a sense of stark isolation, as though she were a victim offered for sacrifice. Which is exactly what she was. A character served up for our emotional satisfaction.

Limbo is littered with statues of the queen. 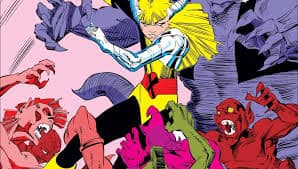 Magik scores 15 points, ranking lower than Perseus (18) or Heracles (17), but higher than Harry Potter (8) or Odysseus (8). In any case, her connection to the myth of Persephone and her own mythological resonance are both strong and undeniably satisfying. 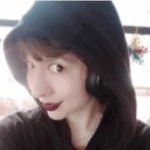