As 2023 gets closer with every passing day, we get closer to the 60th anniversary of the Avengers and X-Men. These two titanic franchises have had a tumultuous relationship, to say the least in those 60 years, which has polarized their fandoms, making them adversarial over some rather petty differences. I just want to shake people, and tell them in my best Cher impression, to snap out of it! Comics are cyclical. If you don’t like this current direction, they always come back to their comic book roots. Speaking of polarized fandoms, the story I’m reviewing is an Avengers 6 parter from the summer of 1993 (probably older than most of my adoring fans), but it was a great time (for me)! 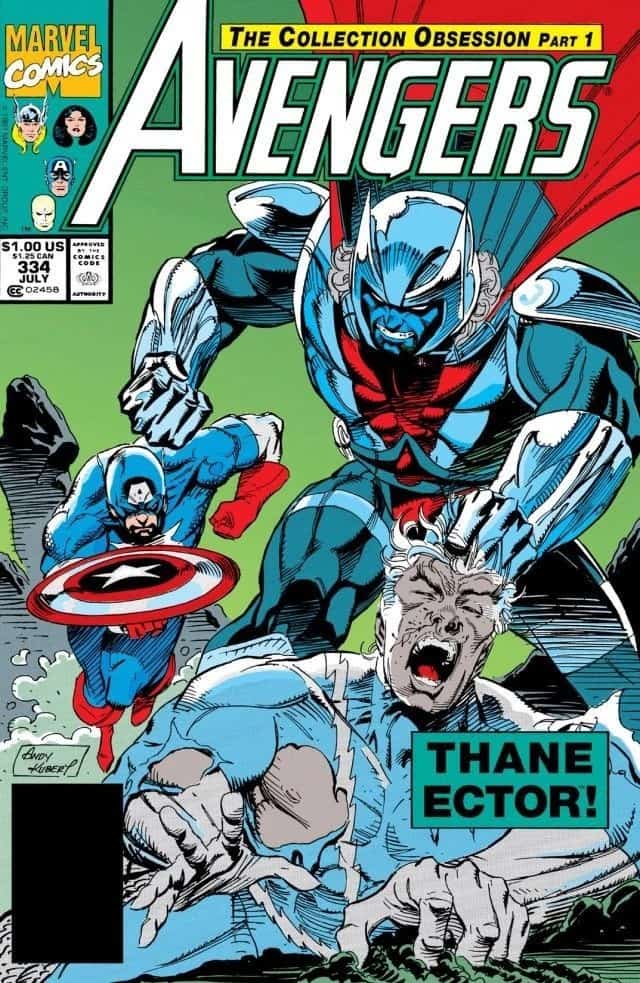 This storyline sparked the beginning of the Harras/Epting team that would last for almost 4 years, outlasting all of the titles ongoing writers after Roger Stern departed, the team, and Marvel, for DC’s Superman. Stern would go onto becoming one of the most influential Super writers during the seminal Triangle years. Once Stern left the Avengers, we’d get a who’s who of creators who couldn’t catch lightning in the proverbial bottle. Sure, we had John Byrne, but it was the heat coming off of the West Coast Avengers title that was lighting the comic fandom up. His work on the main title would remain rather pedestrian, and tame. Once he left, the franchise seemed to drift into significance, not really knowing what it’s supposed to be. Enter Bob Harras and Steve Epting! This would be the first mission that included Crystal, of the Inhumans, to the cast, making her one of the character corner pieces of Harras and Epting’s run, along with Sersi, and the Black Knight. 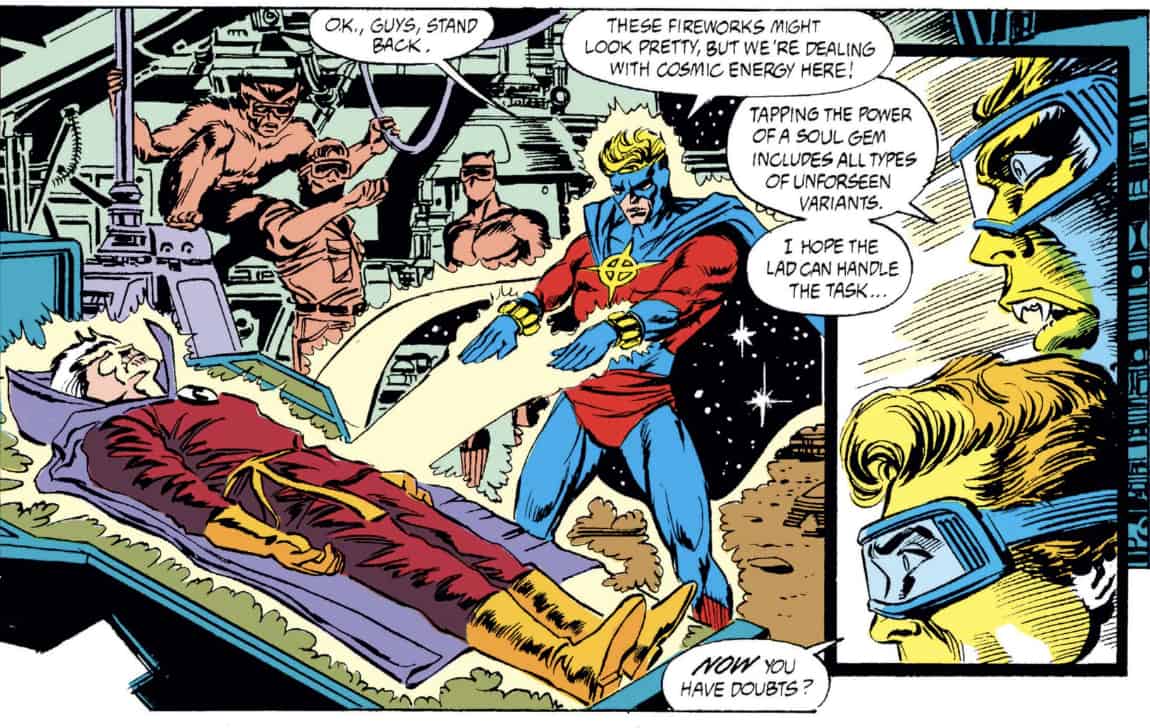 Mostly known for his turn as the line-wide editor for the X-Men line, he also had a very deep feeling towards the Avengers. Taking elements such as a soap operatic theme to interpersonal relationships and conflicts, a love triangle that was kinda fun, and a unifying costume theme. In this case, it was the kitschy brown bomber jackets. (Go ahead, admit it. You totally liked them!) During their tenure, Harras and Epting would shake things up. Long gone were the founding members, instead we’d get benchwarmers like the Black Knight, Sersi, Crystal, the Black Widow, white Vision, and more filling the ranks. The team would become fully funded by the UN, their mansion would be one of the slickest superhero hangouts at the time. 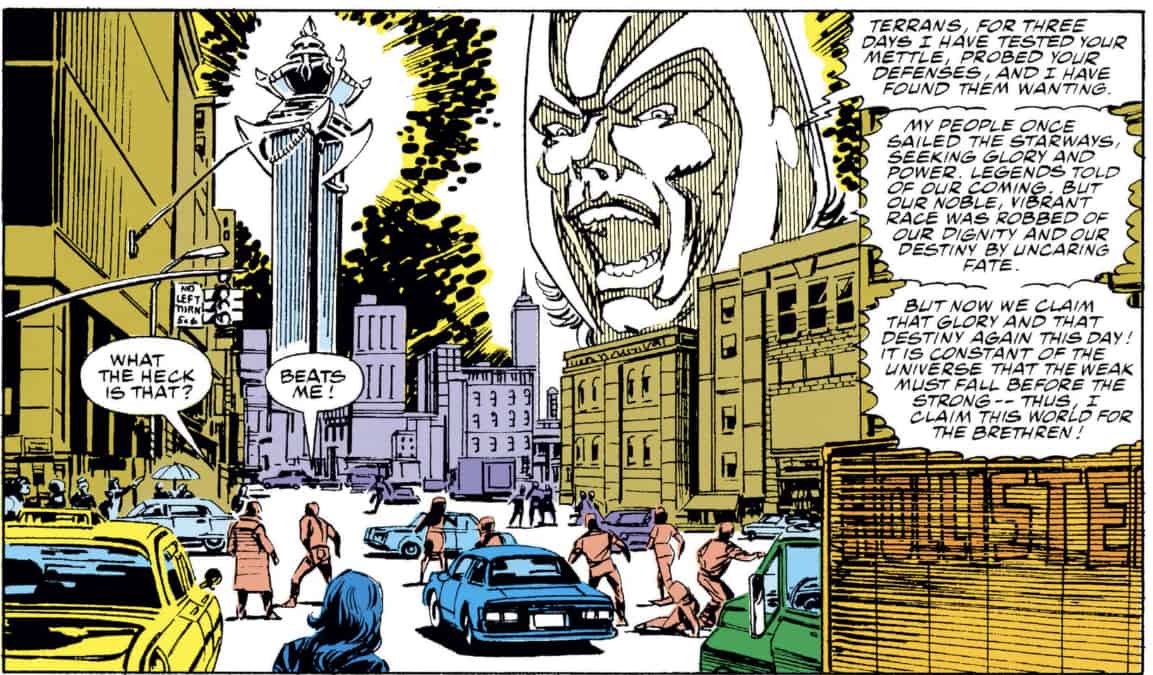 The Collector, one of the Elders of the Universe, would concoct a tale so…gross. His whole schtick is he collects things. In this case, he shrinks down these civilizations, and places them in his vivarium (basically a zoo, or ant farm). Deciding he wants to add man (the most elusive game), he allows the Brethren to free themselves from his captivity, wreaking havoc along the way, decimating these civilizations that the Collector thought were…redundant, for lack of a better term, where they “assault” the Collector, free themselves, and have Earth in their sights as their new conquest. The Brethren are a warrior society, ruled by a Thane, and his Fool. The Thanes and Fools are twin brothers, who are selected from these mighty space warriors to be the next ruling monarch. On their 15th birthdays, the twins are told the truth of their existence, which is a burden these two are tasked with till the end of their days. 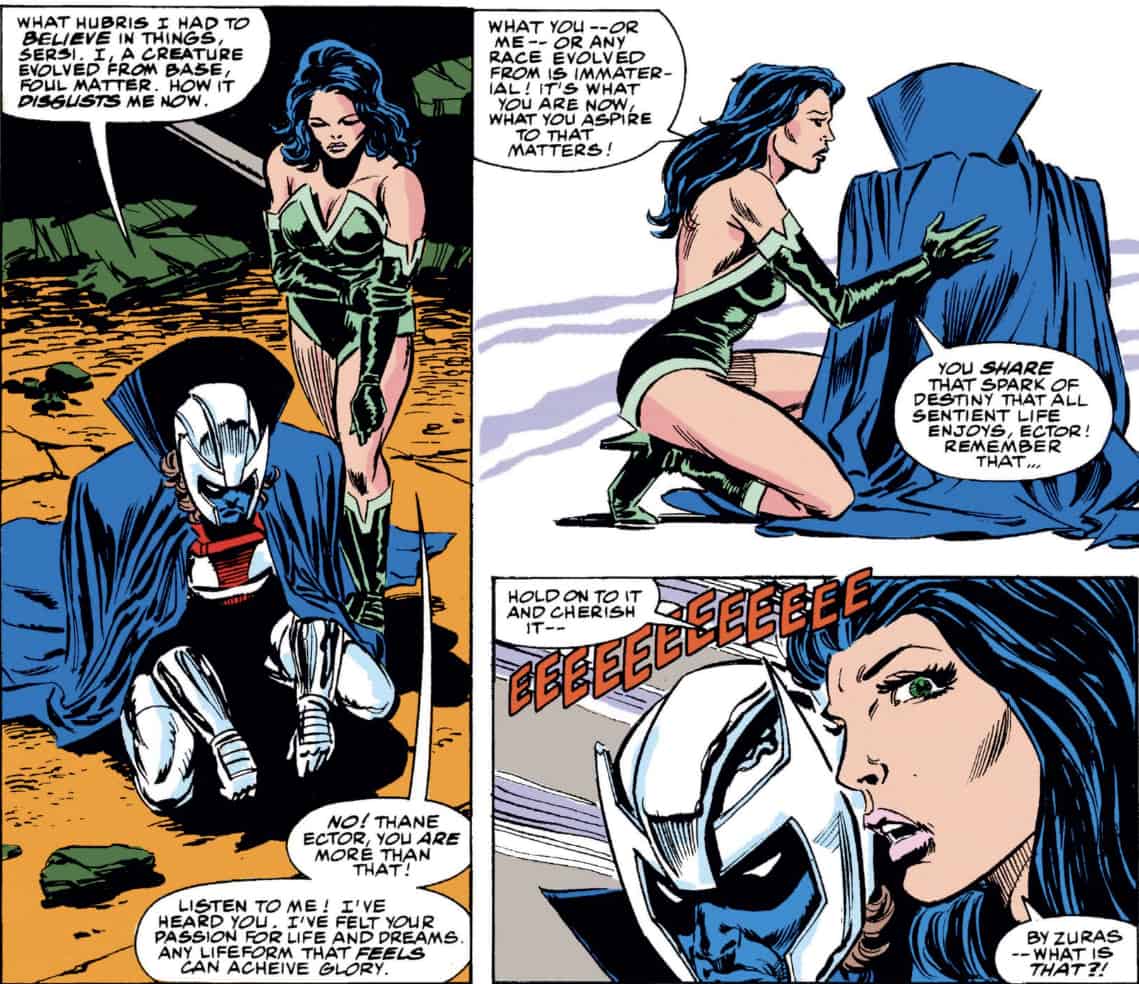 See, the Brethren, much like the Eternals, are a race of humanoid type species, created by the Celestials, to be used as their tools. Whereas the Eternals are made from the humanoid species from the planets they would conduct experiments on, the Brethren are created from bacteria and diseases, used by the Celestials to decimate an entire planet they found to be subpar, and needed to be exterminated. The only people who are privy to this knowledge are the Thane, their Fools, and a select few, like the Collector, or the Watcher. This knowledge is a heavy burden, and the current Thane Ector, wants more for his race. As they come in contact with the Avengers, he immediately recognizes Sersi as being a fellow “child” of the Celestials. But where the Eternals are the prizes of the Celestials, the Brethren are the dirty secret.

The Brethren are a pretty novel concept, and add some layers to the Eternals mythology. Combined with the Eternals, and Deviants, there’s so much valuable potential out there to mine. Harras really wants to show that these warriors are a formidable force of nature, and it shows by how quickly the forces basically take over the planet in record time. Unfortunately this battle is shown off panel. Like, I understand. These Brethren are the Shonuff’s of the intergalactic warrior caste, but it’d be a tad bit more interesting to have seen some of these battles. Marvel should have had this crossover with the West Coast title, allowing it more room to breathe. It’s a pretty minor quibble for me, but even after all these years, it still bugs me. If ever given the chance, I’d love to bring these characters back, and explore the limitless potential left untouched. 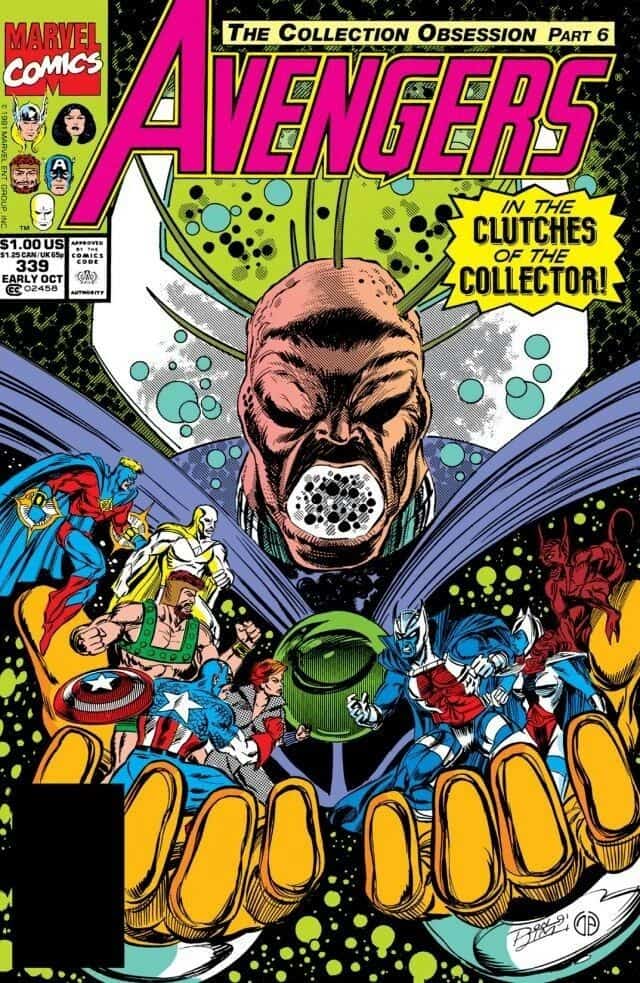 On art is a very young Steve Epting, with the opening chapter being pencilled by Andy Kubert, with inks being provided by Avengers stalwart Tom Palmer, and covers by prolific artist, Ron Lim. The work here is pretty rough, especially at the beginning of this arc, but you can see the potential from these artists. Tony Dezuniga assists on inks with issue #335, and the shift in styles between Dezuniga and Palmer is very noticeable. You can’t even tell the pencils are by Epting. There’s a strong line work here, and you can see Epting get more and more comfortable with each passing issue. Having Tom Palmer on as inker also helped Epting out, as his name and ink work has pretty much become synonymous with the Avengers title, going all the way back to the Thomas/Buscema run. The biggest win here would be the depth they try to give Thane Ector and his Fool. There’s a savage vulnerability at play here, and you can see Thane wanting to be more than the pawn that the Celestials created the Brethren for. I really wish Harras had brought them back in some capacity, unfortunately that wouldn’t come to pass. Fortunately he would begin the Gatherers Saga in the coming months, and forever cement me as a fan of this underrated run.