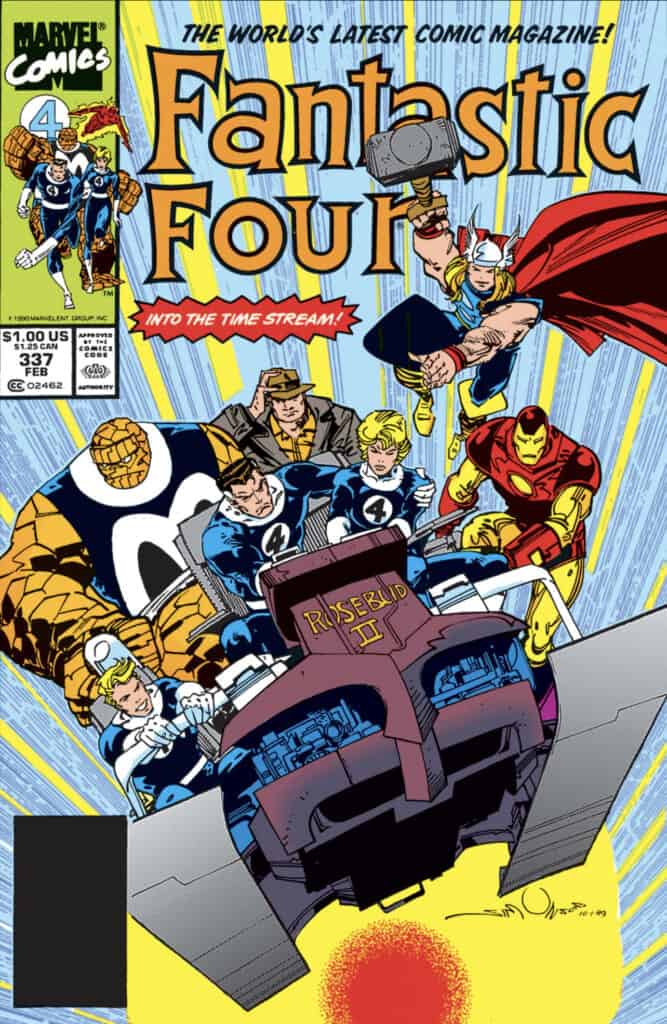 I don’t know about the rest of my adoring fan base, but I go through different periods of time where I begin to obsess over certain comic companies, properties, etc, and today I decided to jump into a run I’ve owned for years, but haven’t read it minus an issue here and there, and that’s the Walt Simonson run on Fantastic Four, specifically issue #337, which I consider his real first issue. Sure, he wrote the 3 issue tie-in to the Acts of Vengeance crossover, but it was this issue where he was both writer and artist on the book. 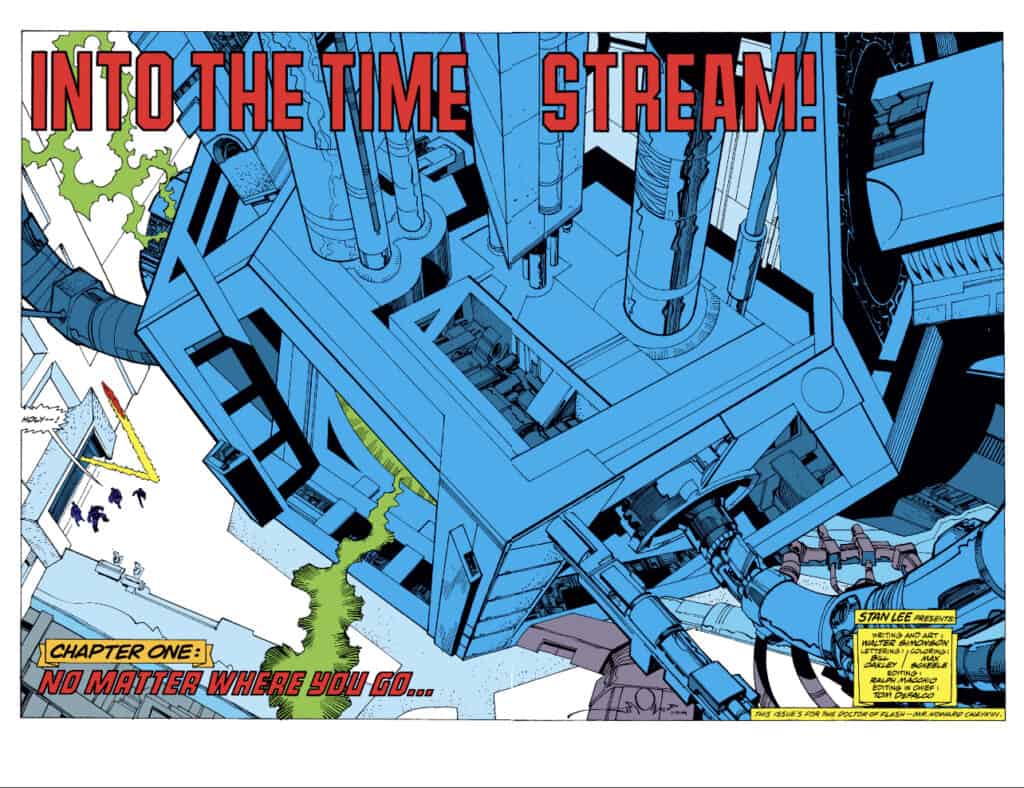 The World’s Greatest Comic hadn’t felt like the WGC in quite a few years, beginning around the departure of John Byrne. We had a couple issues by Roger Stern and John Buscema, but that was short lived, when Steve Englehart came out. Englehart was a pretty prolific writer when he took on the First Family, writing West Coast Avengers, and Silver Surfer, but would run into editorial interference (a common complaint from this era), and that’s where Wondrous Walt (I do love me some alliteration) came in. 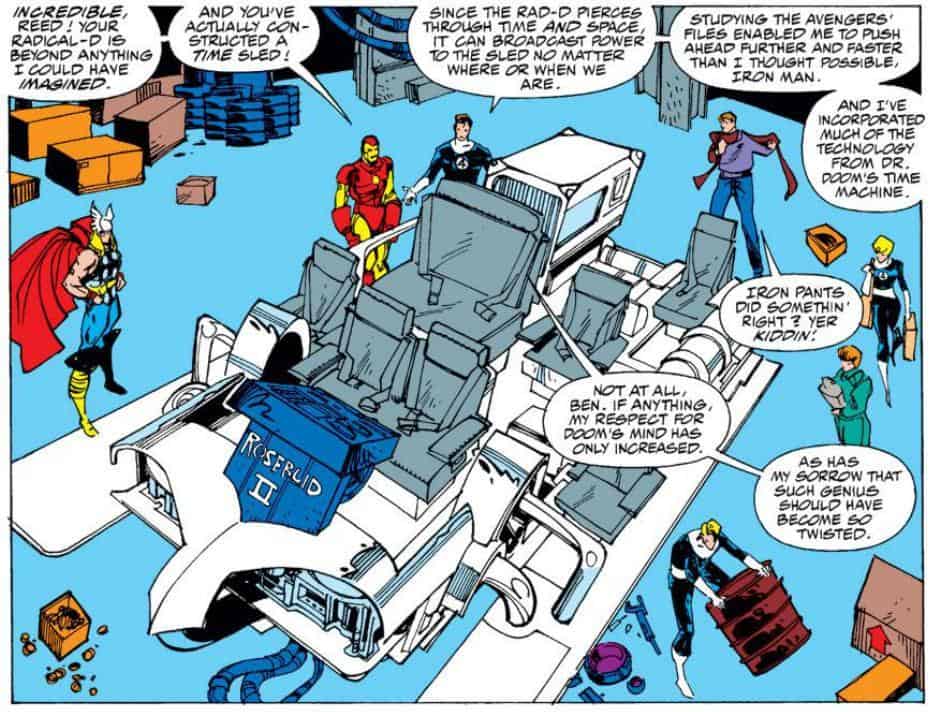 At this point, Walt was a superstar in the comics world, after his character-defining run on Thor, the artist for X-Factor (where his wife was on writing duties), and had a…controversial run on the Avengers. Walt had the unlucky task of taking over the franchise after Roger Stern had left (editorial interference strikes again—I told you it was a thing), which led us to the…middling 300th issue. Luckily Walt showed that the reception from his run on the Avengers was just a blip on the screen. 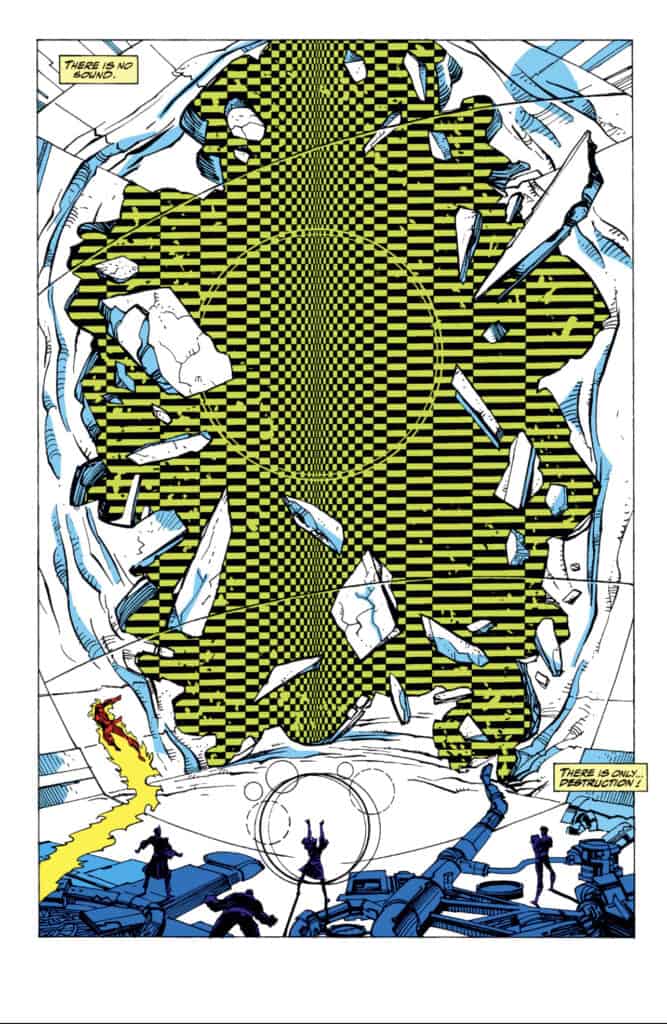 He’d start his run bringing in Thor, a character he became synonymous with in the 80’s, the Time Variance Authority (a carry over from his Thor run), Iron Man (who was currently acting as if Tony Stark was no longer the man in the suit of armor after the events of the first Armor Wars), and took us on one of the most fun trips through time that the family had up to that point. Sure, he’d bring in Kang-Nebula, (the character that nerfed his Avengers run), but he didn’t run into the same complications here as he did on the Avengers. 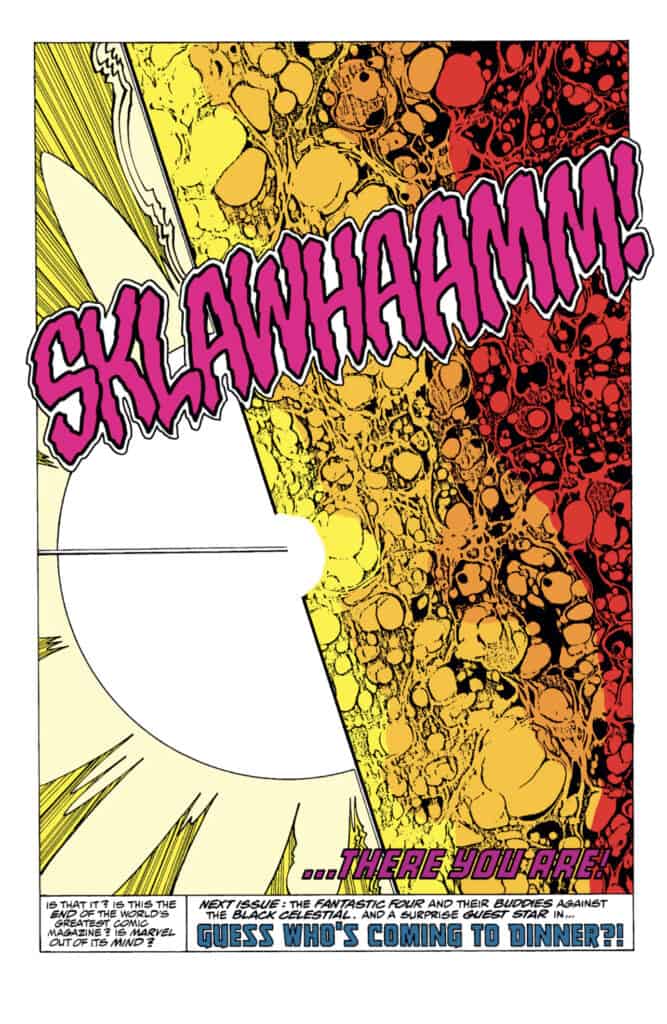 As with most creative team shakeups, Walt made this book as fun as he could. There was humor, sci-fi sensibilities that you mostly find in comics, and took us out of the melodramatic style that had become all the rage. Sure, we had soap opera levels of drama, but no longer was it about Ms. Marvel (the Sharon Ventura iteration folks) having a suicidal death wish because of her transformation into the She-Thing, and Crystal was no longer there to “seduce” (I have an issue with everyone ganging up on Crystal for this. It takes two to tango, and Johnny was just as complicit in that drama) Johnny, and who can forget the art? As stated earlier, Walt was a superstar at this point, and could do no wrong in a lot of fans’ eyes, myself included, and Walt would just keep on with the hits over the next two years. The only complaint I could have regarding his run is that it didn’t last long enough, but if he hadn’t left, I might not have had my DeFalco/Ryan run (shut your face. It’s an overlooked run).