THROWBACK THURSDAY: Quasar Journey Into Mystery: Why do I feel like somebody’s Watchering me…

It’s Thursday (technically Wednesday when I begin to write this, but you get the point), and it’s time for another of my scintillating sojourns into the sophisticated, and sometimes silly, stories from an era long since passed us by. Or in other words, I’m writing a throwback Thursday article, and today we’ll be taking a trip back to one of the funnest, yet underrated, comics from the late 80’s to the mid 90’s, Quasar. Quasar, aka Wendell Vaughn, was a side character who would pop up from time to time, most often when written by the king of continuity, the late Mark Gruenwald, so it made perfect sense that he would be tapped to write his ongoing. 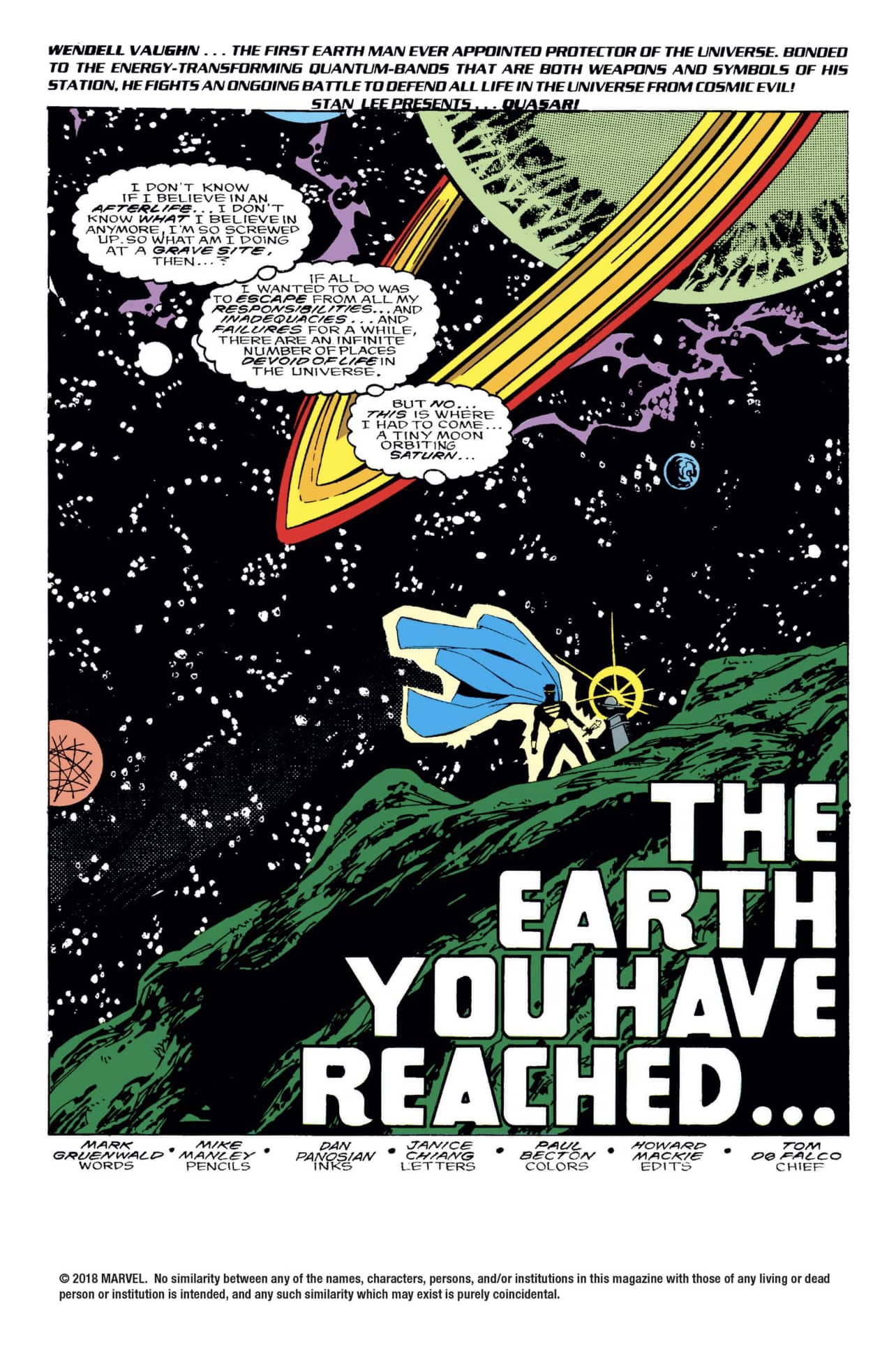 Gruenwald was the writer for Captain America, as well as the Avengers editor at the time, and was the catalyst for bringing him on the East Coast team during the time John Byrne was the writer for both the East and West coast teams. Joining Gruenwald was his partner in crime, Paul Ryan, one of those workhorse artists who could, and did, multiple titles a month. Not only was he the lead artist here, but was already doing the main Avengers title, would pick up the art chores on the West Coast title after Byrne’s unexpected departure, and would become the ongoing Fantastic Four artist during the DeFalco era, so getting him to do it felt like a safe bet. Sure, his style wasn’t flashy, but it was full, and steady. Anyway, Ryan wouldn’t stay on long term, and would be replaced by Mike Manley with issue #7. It would be the team of Gru and Manley who would be the creators for the story at hand. 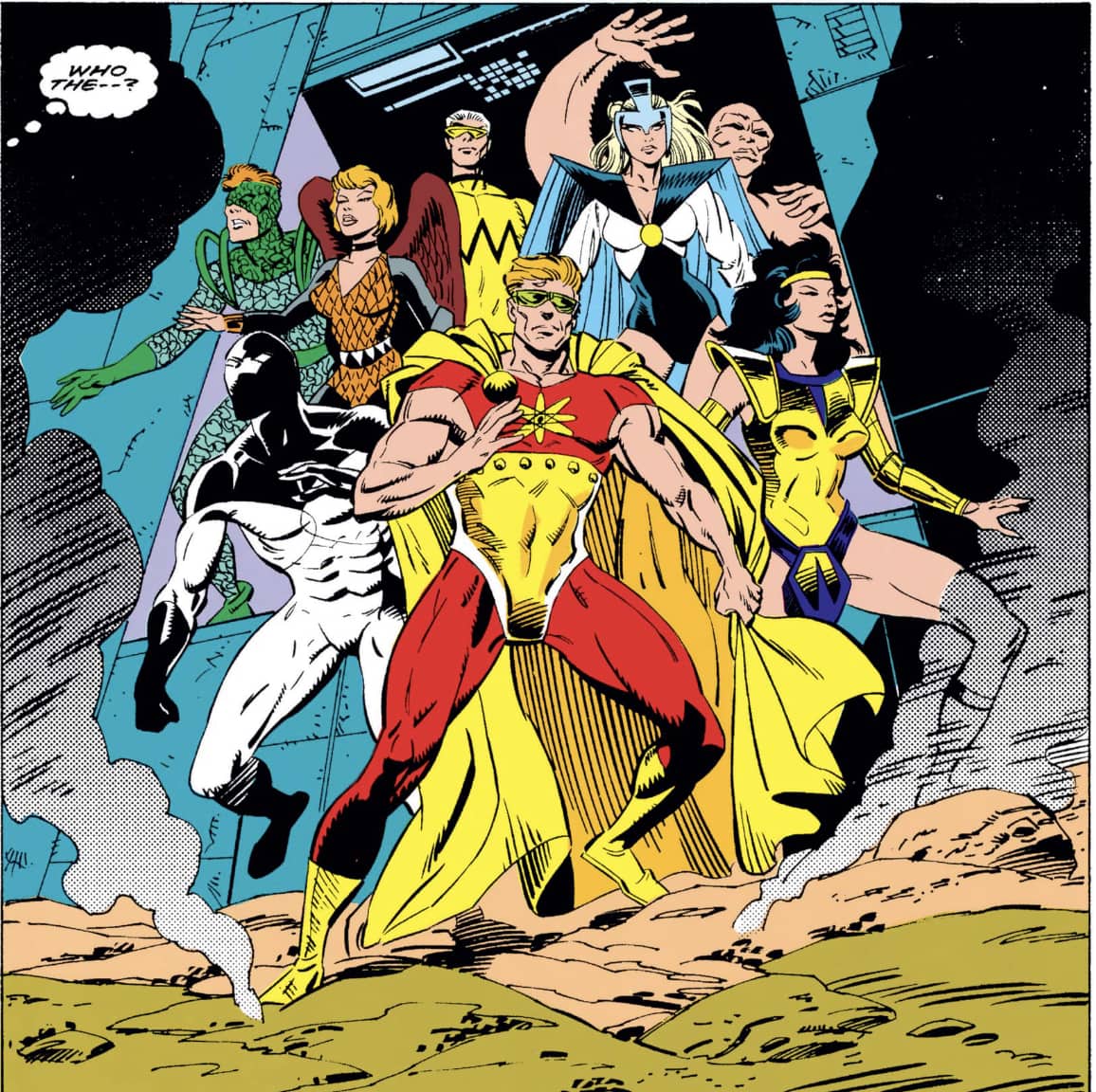 Trapped in a world they didn’t create

Journey into Mystery would be the name of this arc, taking inspiration from the original title that would become the Thor book, and featured a wide array of different cosmic characters, some not seen in decades, as prisoners of the enigmatic, and cosmically powered Stranger. The plot would be full of side stories that could easily have been a year, possibly two, of comics that are currently being published today, but Gru would make it wrap up in four issues. While the Stranger story would be center stage, there was a plot that involved millions of Watchers who were willing themselves to death in order to fully embrace their prime directive of non interference, the Eternal, the Over-Mind, bent on revenge against the Stranger, attacks him in his home while he’s gathering dead Watchers, the Squadron Supreme, the last survivors of a destroyed universe, make their way to the 616, where they move to Project Pegasus, to live while searching for how to get home, plus the seeds of Hyperion’s origin as an Eternal are all established here. See? There’s so much story involved here, you can’t help but get whiplash from everything going on. 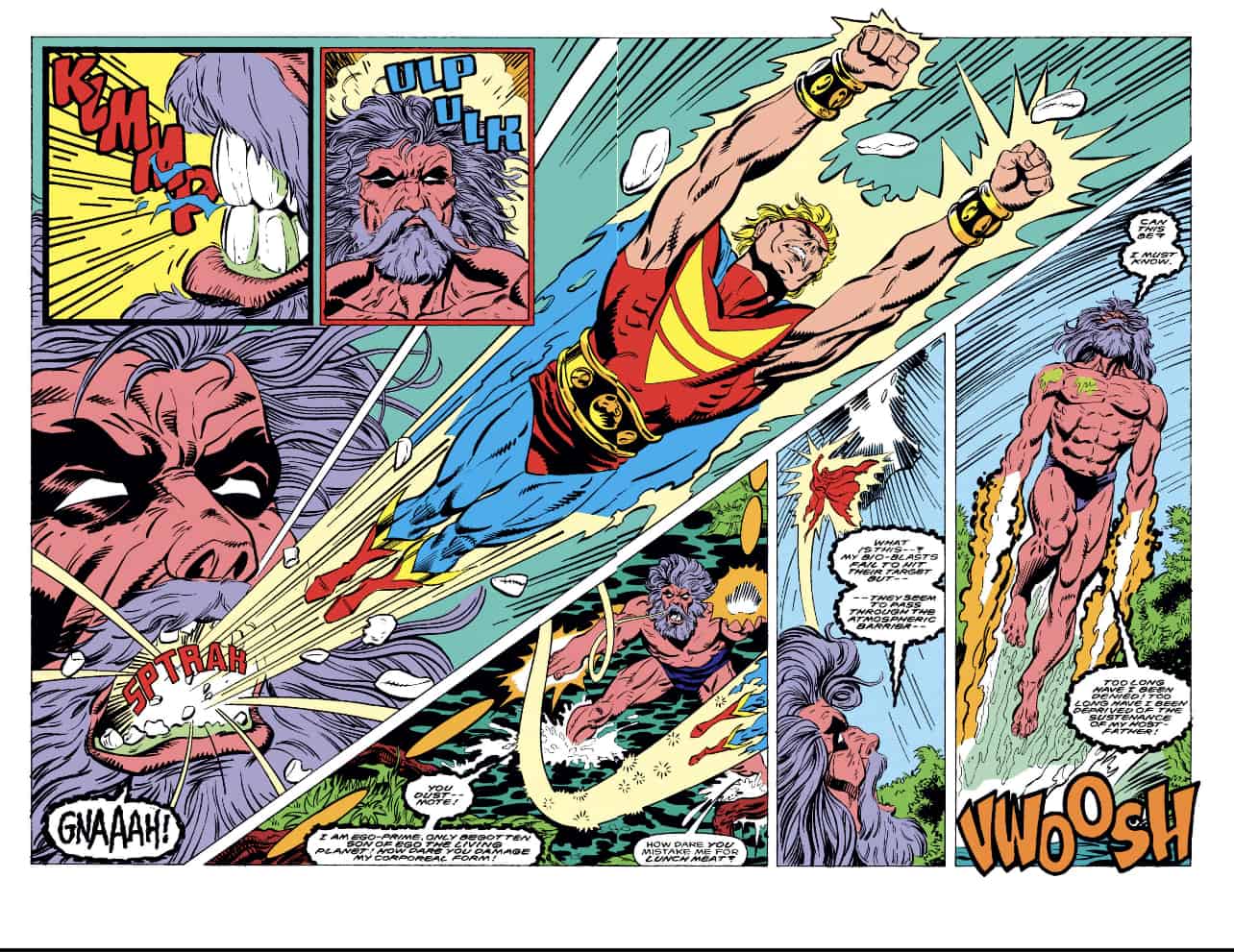 I hope Ego Prime has the number of a good dentist.

The characters that Gru uses here have such a rich and deep mythology, but with loads of untapped potential due to the overall lack of use. Sure, we’d get some stories who use these characters, but we were getting stories that are fun, light, and give us more than the grit and grime that would become the standard Marvel universe. In a time when the Punisher, Wolverine, Ghost Rider, and so on, the more fanciful, abstract stories that dealt with everyday problems through a sci-fi lens, and made us evaluate the messages delivered, were becoming rarer as time went on. It’s what makes this medium so great. Gru’s the type of writer who loved a good subplot, unfortunately he had so many running through this four issue arc, that sometimes it rang just a tad too chaotic. But it was well worth the price of admission. 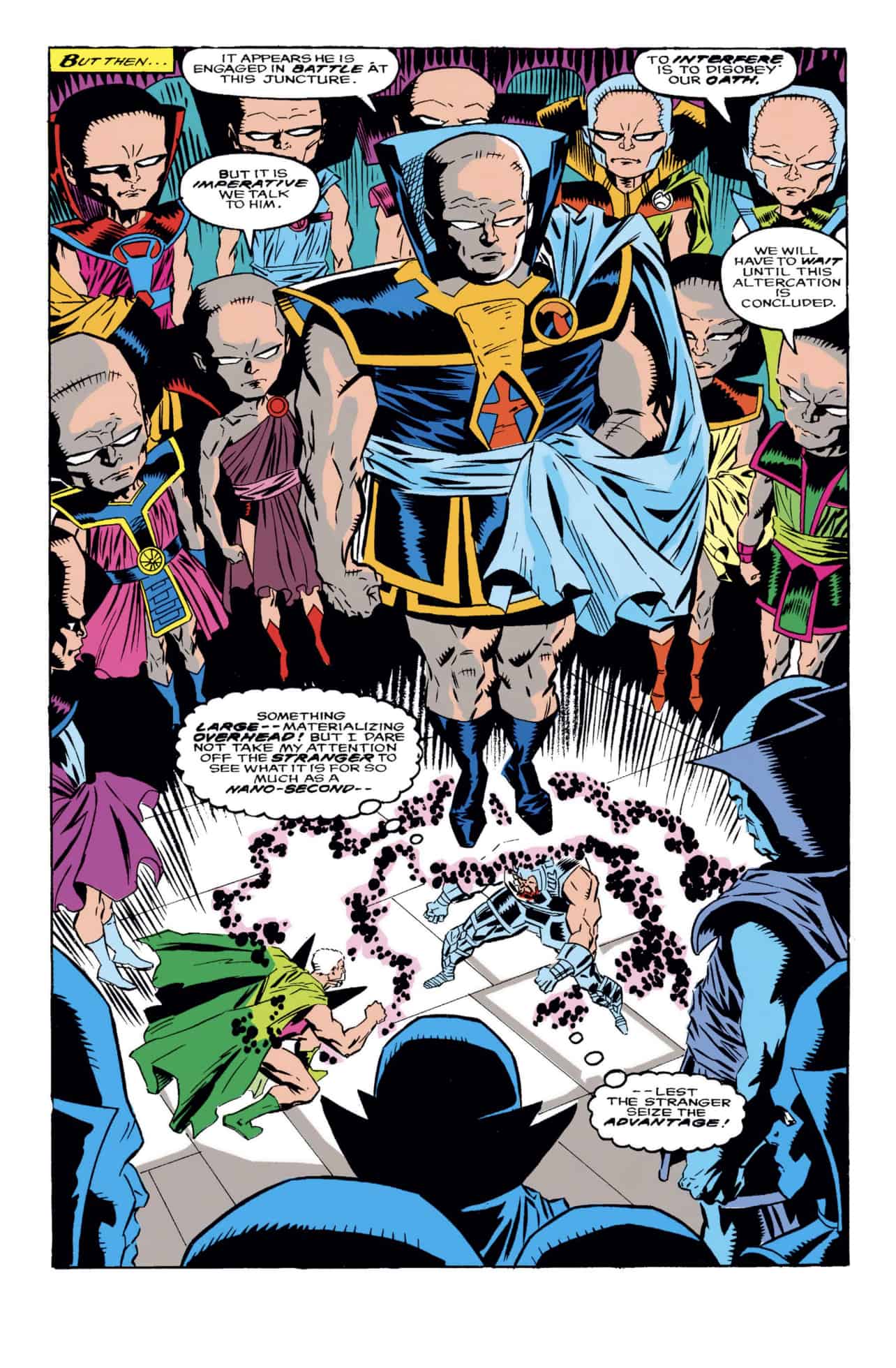 Who watches the Watchers?

Mark Gruenwald was one of those rare writers who knew his stuff. He was like a living repository of obscure comic knowledge, and he’d use that on the various projects he’d be associated with during his tenure at Marvel. He knew his stuff so much so, that he’d be the creator responsible for the Official Guide to the Marvel Universe, as well as the follow ups until 1993. Gru would use his vast knowledge of the Marvel universe, and craft these stories that were rich with history, and a natural flow, giving us a touchstone on the greater Marvel universe. His gift of the obscure would be passed on to creators like Kurt Busiek, Mark Waid, and more recently, Al Ewing, who are paying homage to this oft forgotten Marvel historian.

THROWBACK THURSDAY: Quasar Journey Into Mystery: Why do I feel like somebody’s Watchering me…