The Man He Chose to Be (The Hellblazer #15 Comic Review) 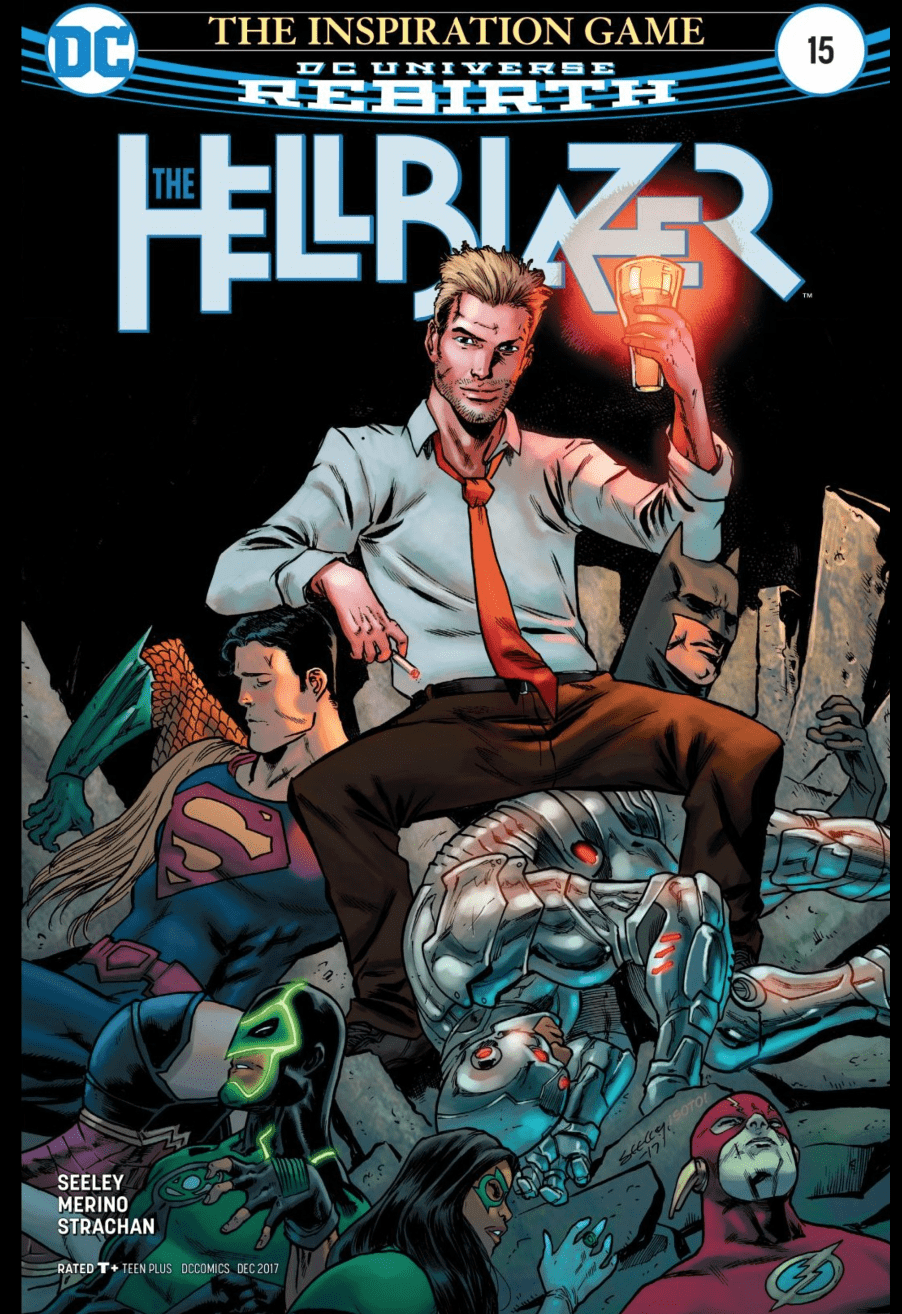 The final installment of “The Inspiration Game” has John facing off against demons of poetry and murder, along with most of the DC universe in a desperate bid to save a friend, and maybe himself.

A pair of ancient Norse demons have set their sights on John. They possess a mead capable of inspiring poetry and murder (sometimes at the same time), and have latched onto Constantine and used him to commit murder most foul. Now they’ve kidnapped an old lover of his, a police officer who suspects him of murder. We left off with John downing a bottle and staggering off into battle and quite likely someone’s death.

What You’ll Find out:  John has been lured to the morgue where Maggie was last seen. Following the trail of the demons in Constantine’s unconventional style, John finds the pair and challenges them to a drinking game. It’s Constantine’s inner demons against demonic brewers so really anything could happen.

And it does. We see Constantine as a god, facing off against half the DC universe, a rock star, and most of all the possible man he could be. After a bit of tugging on Superman’s cape and a few derisive jabs at the hero set, John finds Maggie and shows her she’s the key to everything. But why? Through the journey, we see not only who John could be, but also the man he chooses to be. It’s hard to tell which is worse.

We saw John open doors to his past and to his soul in a bid to save a friend in need and we see him shut those doors squarely in someone’s face. Whether what happens counts as saving, who was saved and what kind of man that makes him, well, you’ll have to read and decide.

The art continues to complement the story in the right places. John’s dingy scruffy feel gives him a gritty edge, the “action heroes” are dynamic and classic, and the fantasy world conveys the distortions of the prevailing emotions effectively. Merino really demonstrates his versatility in this issue.

Final Thoughts:  It’s a series worth reading. Though it’s definitely not the same book, this series continues to harken back to the Hellblazer of old. So much like the old John but still doing his own thing. This book is a solid check in the “success” column for the Rebirth lines.