Crossbone Skully has come to Earth and his first stop is Fan Expo San Francisco!

Created by Henriksen, Crossbone Skully is “One of the Universe’s own Prototypes. A High Powered Deity/Alien. Never Even Considered for Mass Production. Too Pure To Live, And Too Pure To Die.”

The galaxy-hopping, time traveling alien will make his first stop on Earth at Fan Expo San Francisco 2022, Nov. 25 – 27, where he’ll be signing the comic, giving away Henriksen’s personal guitar, showing an animated short film, and dropping his first single: The Evil World Machine.

The Crossbone Skully: Thing #1 ashcan is written by Source Point Press Editor-in-Chief Joshua Werner, with inks by Stan Yak, colors by Colin Johnson, and a Variant Cover by Werner limited to 300 copies and only available at Fan Expo San Francisco. 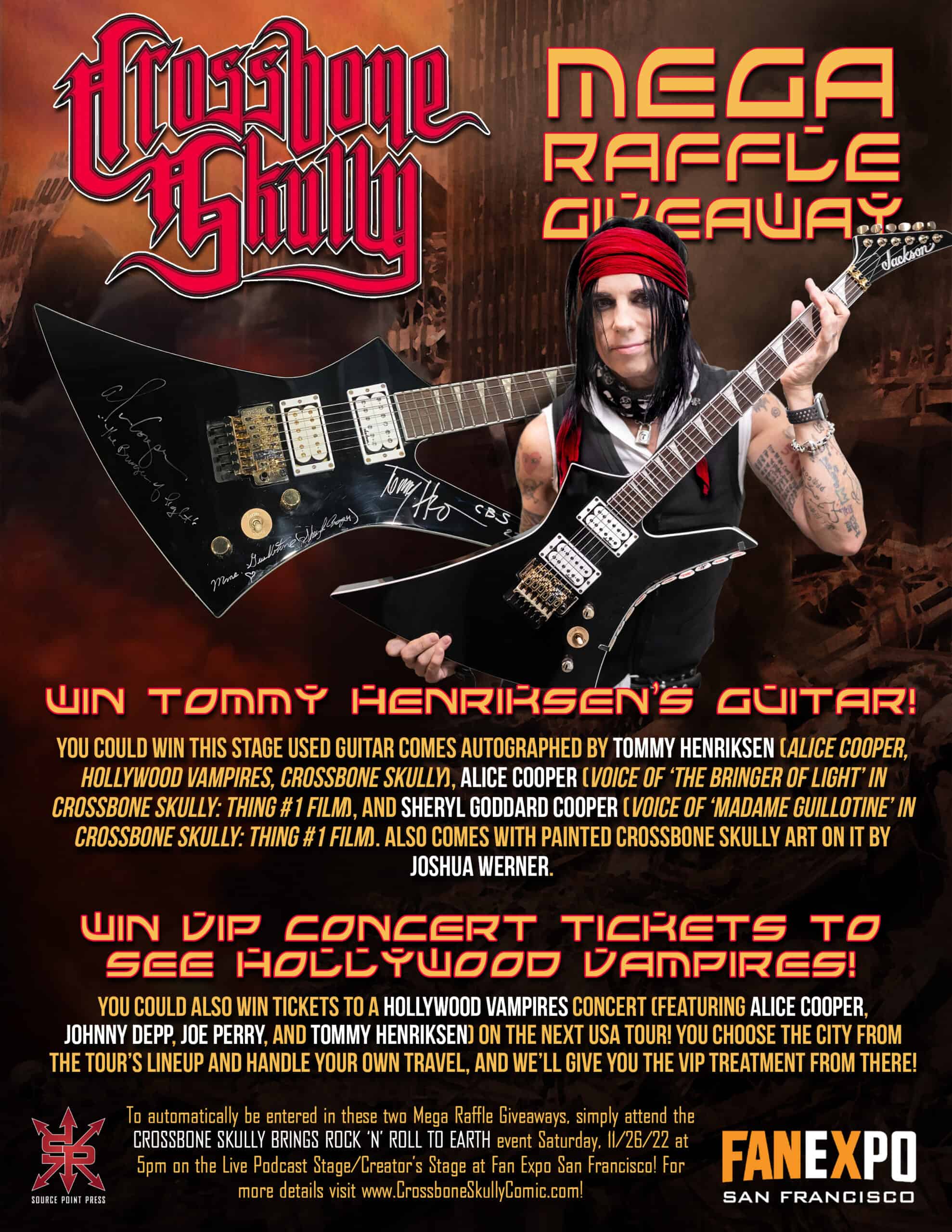 “Working on this story with a rock ‘n’ roll legend like Tommy is an absolute dream come true,” says Werner. “This story is meant to embody the fun and action of rock music. And the event we’ve been able to put together for Fan Expo San Francisco is unlike anything done in the comics scene to date. We’re having a total blast.” 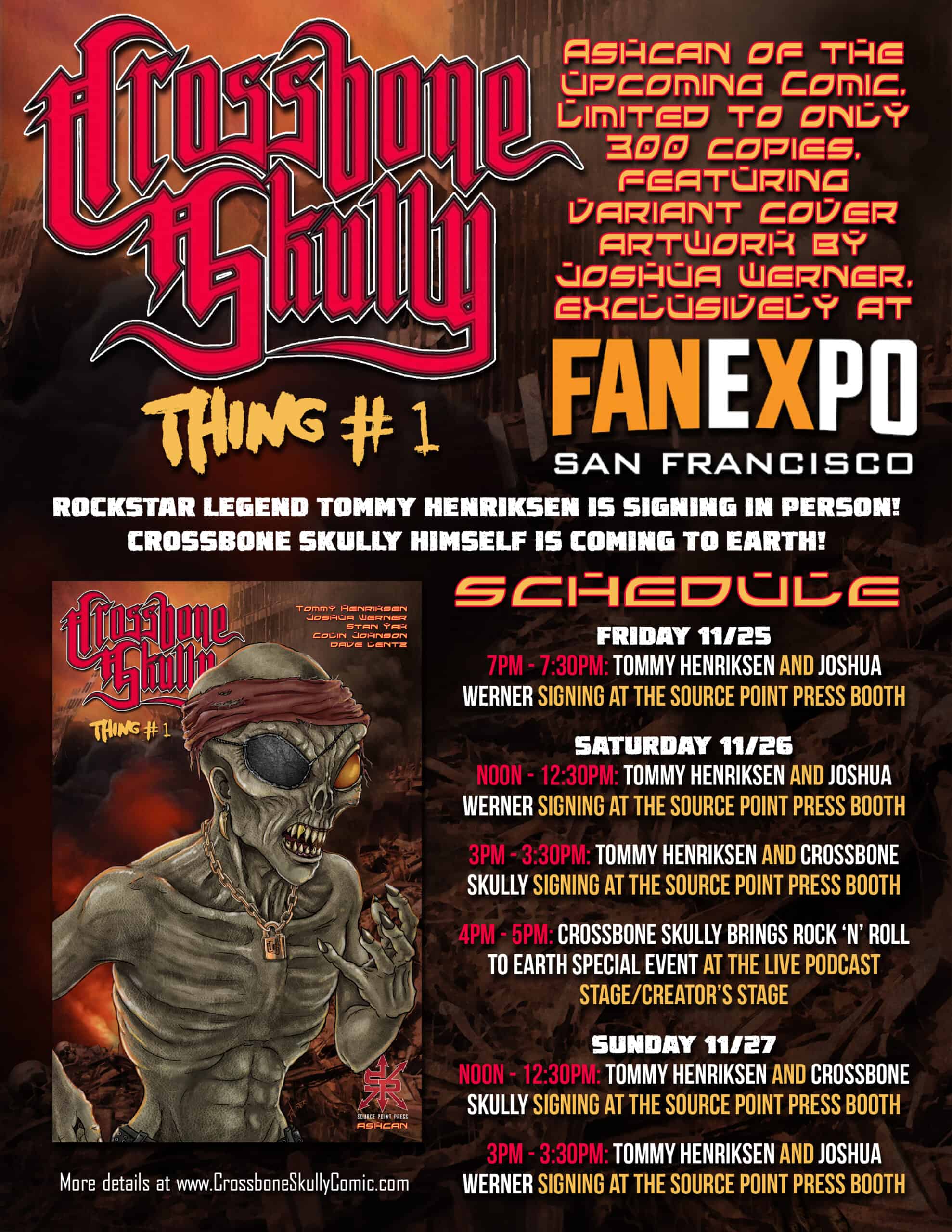 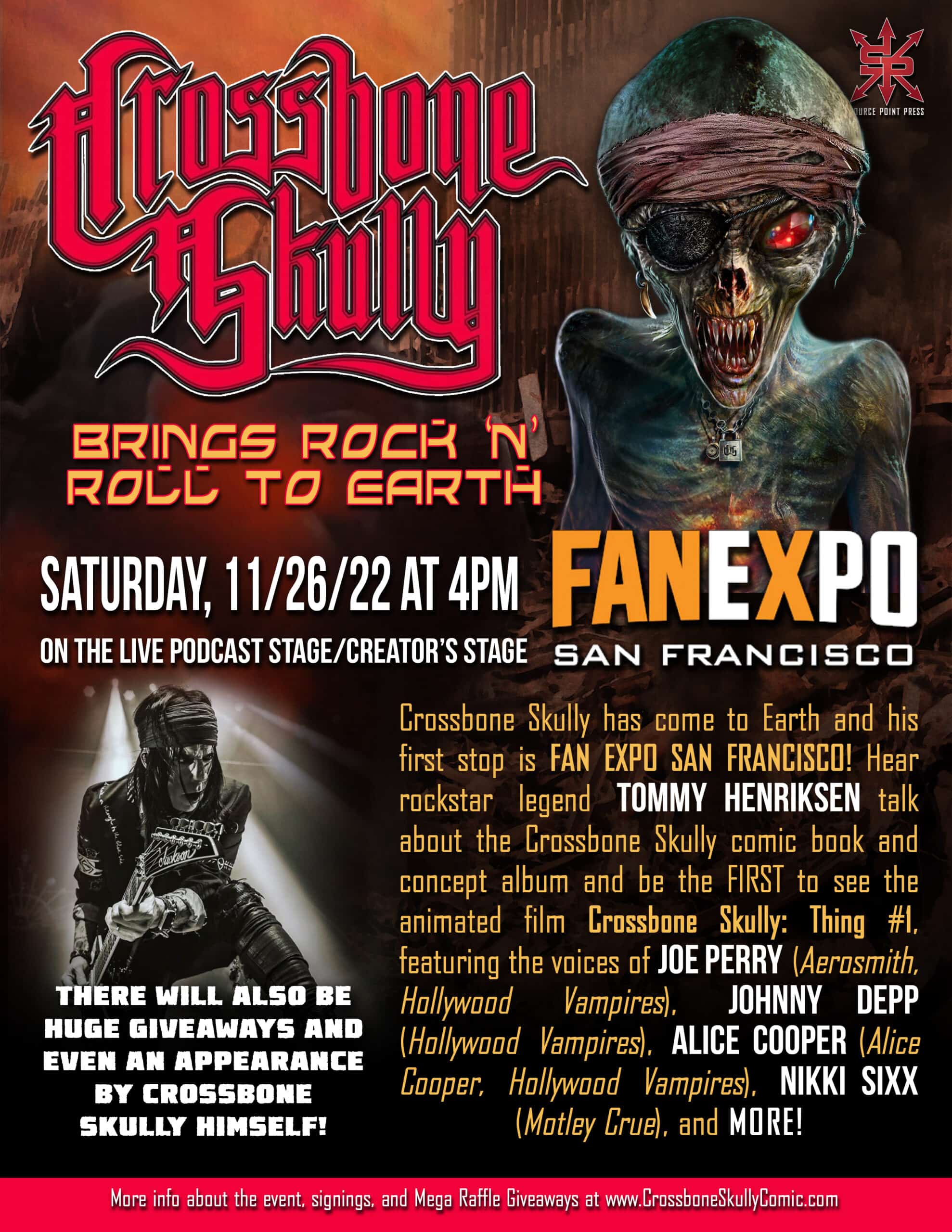 Attendees of the panel will hear Henriksen talk about the Crossbone Skully comic book and concept album and be the first to see the animated film Crossbone Skully: Thing #1. This never-before-seen film features the voices of Hollywood Vampires members Johnny Depp, Alice Cooper, Joe Perry, a guest voice appearance by Nikki Sixx of Motley Crue, and more.

“It’s about time someone recognized Crossbone Skully. Skully and I go way back. Tommy Henriksen has written a galactic masterpiece about one of the most mysterious characters of the cosmos. Is he a villain or a hero? I don’t know. Maybe a little bit of both. All I know is: Don’t Cross Crossbone. This album rocks every galaxy out there,” says Alice Cooper.